With Xbox One games coming to the PC, the Xbox will become more PC-like -...

Xbox One is getting more PC-like than ever with UWA, according to Phil Spencer. Here's how.

Since xbox is coming to the pc that means all the more reason to build the eve core
and if microsoft is making this move that probably means that they are making their own egpu for the surface pro. 2017 is definitely going to be an interesting year. what do you guys think.

2017 will be a decisive year for Microsoft and very interesting indeed. Starting with Project Scorpio, maybe a new version of hololens, Surface Phone, new Surfaces (Pro 5, Book 2), really looking forward to it. Samsung and bendable displays… since the market id saturated it is natural that we’ll see new approaches and innovations coming down the line. I’ll be watching out!

Sadly most of the current Microsoft Store games are a mess. Killer Instinct is flawless though.
Hopefully these games will work well. I watched E3 live, and I was really happy about Xbox exclusives coming to PC, despite having an Xbox One.

And the new Xbox controllers support Bluetooth, so we can use them with any device without an adapter.

If the games are coming to Windows Store rather than traditional DirectX/.exe format, people ain’t gonna like it. Or play them. Well, at least not as much. The platform is very limited, and while cheap stuff like angry birds or candy crush work flawlessly, there are many limitations in the high end. Here is what I found:

I know that Microsoft is working on (at least) some of these and some might already be solved (vsync i thought). Besides that, there will be enough other games published in .exe so there is no reason not to build an EVE core

Some of these issues have been fixed.
Vsync, SLI and Crossfire fixes in games are either confirmed or already implemented.
Game overlays are also coming.
Though I still prefer Steam, like the majority of gamers.

What kind of game overlays?

I bet it will be only Xbox Games app. This UWP platform is just too restricted for everything to work.
Anyway, as @Huibie said, there are plenty of games already. We don’t need to wait for Xbox games to come, we already have PC games, which are IMO superior to console games.

I think he means the xbox overlay, running windows 10? hit win+G and it will show up when you are in a game app or in a legacy desktop app in which case it will ask you wether its a game

it will look like this. you can than easily share a screenshot or capture a game video.

Yeah, well, when I said overlays, I meant something like Steam, Overwolf, XSplit Gamecaster, etc.

@pauliunas
Microsoft plans to launch some of their games on Steam.
Source: 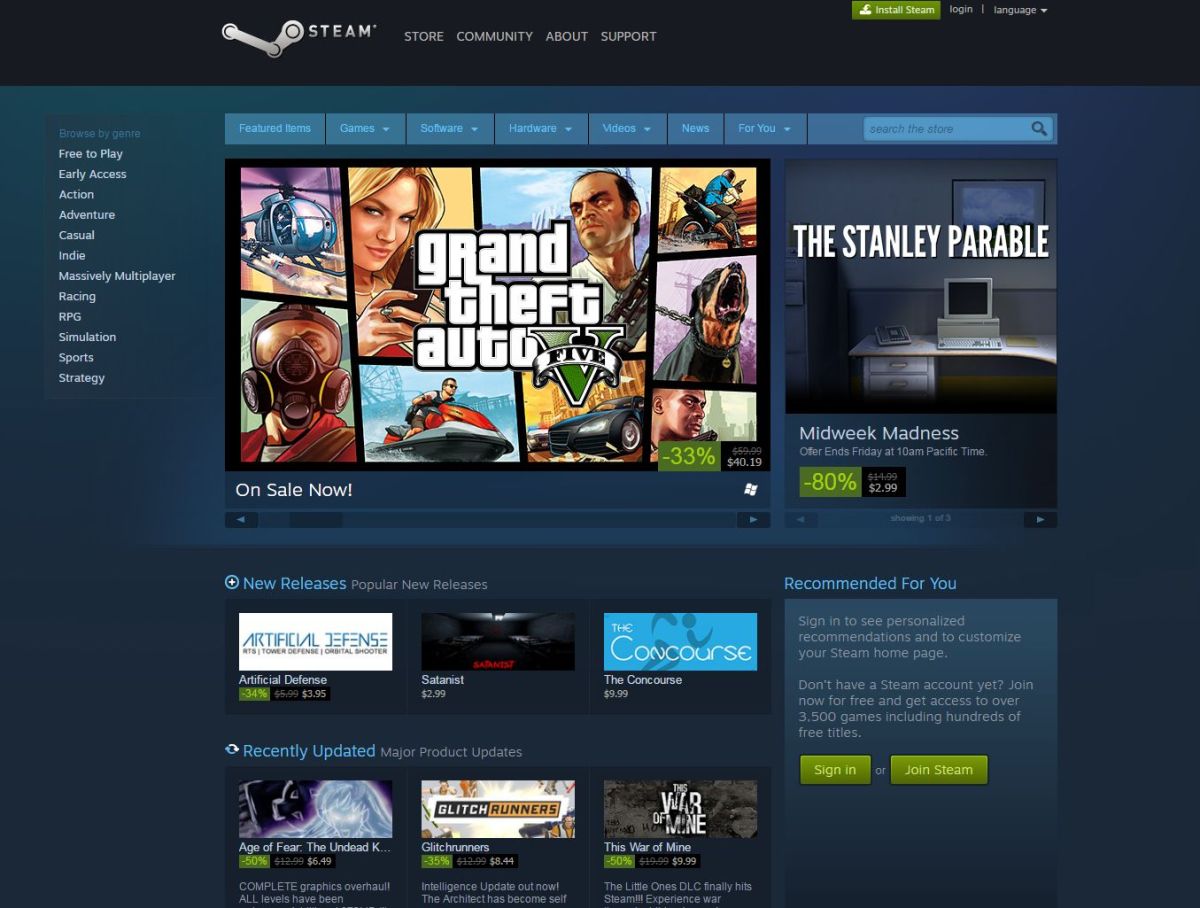 Microsoft will release some future PC games on Steam

your list is old ,most of these stuff where flaws of the tomb raider game not the platform ,and the platform flaws are being fixed quickly

the store is simply better because it’s safer and easier ,they are isolated apps that install or uninstall with one click and never infect or bloat the system , and the store can accept old exe games or new UWP games , what’s missing is that Microsoft go and convince the game publishers to publish all there past and present games on the store ,and I think that will be very easy thank to Steam (Valve) not having good relation with the publishers (some of them already left like EA)

Exactly, it’s an isolated platform. Apps run in sandboxes. That is very good in mobile platforms, as it doesn’t overcomplicate things, but tell me. How are you gonna stream to Twitch? Use various game overlays? Or have an on-screen controller if playing on a tablet? Or mod your games? None of this is possible thanks to the smartphone-ish nature of Metro app platform. And it will never change.
Also, Windows Store doesn’t accept desktop apps. They can only be featured in the Store app, but once you download them, you will run the traditional installer, etc. - you will have a regular, non-sandbox desktop app.

sandboxing is a good thing ,since most of windows usability issues are because of non-sandboxed apps (adware , viruses and bloating overtime) ,it’s actually great for mobile and desktop platform .

you can stream to twitch and mod games , all of it is possible (they actually demoed modding in last Build conference) , the store also can have exe apps and they will run isolated (without an installer or uninstaller , just simple one click install and uninstall without leaving any junk)
here’s more about how to put exe apps in the store , it’s coming to the public with the next windows July update
https://www.microsoft.com/en-us/download/details.aspx?id=51691

what is more important is that most people don’t care about all the stuff you mentioned (overlays and twitch streaming and even modding) they want a solid gaming experience and UWP games are better at that,things like online cheating mods are not possible with UWP , mods are possible when the developer allows it

the technical works is done for the store (with July update) ,now they need to go and get every major developer and publisher to adapt the store

That would be VERY sad. I guess I would have to stay on Windows 8.1 forever and play my old games…
But don’t worry. The majority of people want a REAL, unlocked gaming experience and they already have their Steam libraries and don’t see the point of moving to anything else and having to pay hundreds or thousands of dollars to re-buy their games.
For example, take Minecraft. The developer never intended it to be modded. But since it’s an unlocked platform, people are now playing it with 200 or more mods at the same time. And they didn’t need to wait for the programmers to create an API for their mods.
And I don’t think you get the whole thing about “exe”. “exe” is just a file extension. It means the file is executable. So anything can be packaged into an exe file. This doesn’t mean that desktop apps (win32) run natively on this Windows Store platform. They don’t. They have to be converted with Project Centennial, the one you linked. But only a limited part of them can be actually converted.
One question: are you a gamer? Because a real gamer would never say things like you do. It just makes no sense.

stay wherever you want as long as it works for you.

exe apps are win32 and .net , and they can be adopted for the store (the majority of apps can be converted , here is more about it from a developer 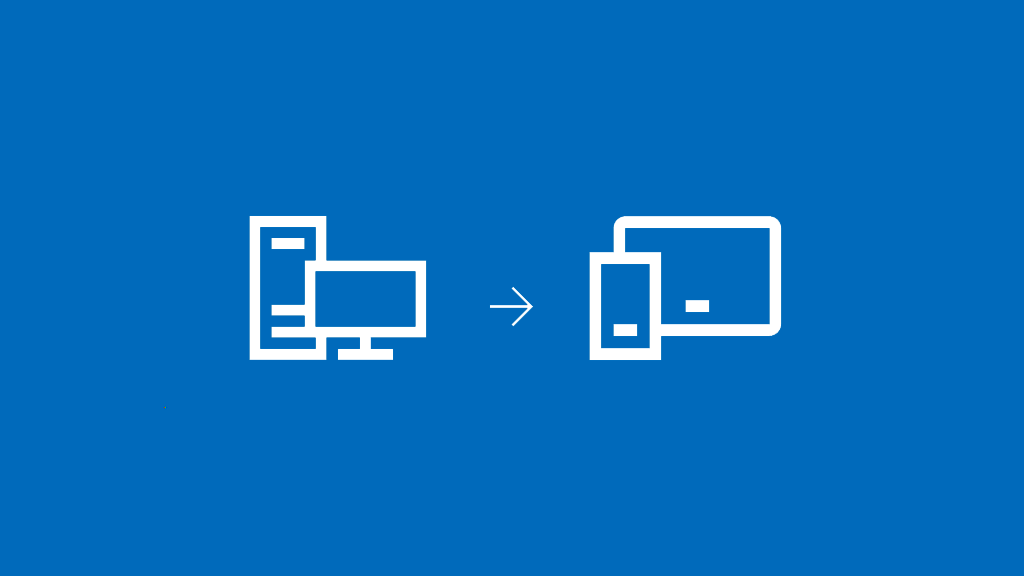 Hands-On with Project Centennial: From Desktop App to UWP App in One Minute

At Build 2016, Microsoft announced Project Centennial technology and I was able to use this technology to convert a desktop app in just one minute.

from Photoshop to full games and to small tools ,all of it can be published to the store (after the July update) and they do run negatively after they are converted (it’s not an emulation layer that cause an efficiency hit )

people will buy games from the Store if Microsoft did it job of marketing and sales , simple things like bringing all EA and Ubisoft games will give them advantages over steam ,also microsoft studios games will be at the Store , the Store also is pre-installed on every device so that’s another advantage over steam .

some people must have easily modified games and I think that market is important ,and with time the UWP games will improve enough to suit them too , but for now it works for most people and what’s more important is that it works better

I’m not a gamer , I have a different opinion that you so how can I be a gamer

I don’t have the time to argue about this. I’ve learned that it’s not worth it. Just like trying to prove that Crapple is overpriced. Or that I’m a human and not a giraffe. Peace out.

And here I am planning to use Scorpio as my “external gaming gpu” so to speak.