It’s now 50 days! Till what? Until the Winter Olympics! YEAAH! 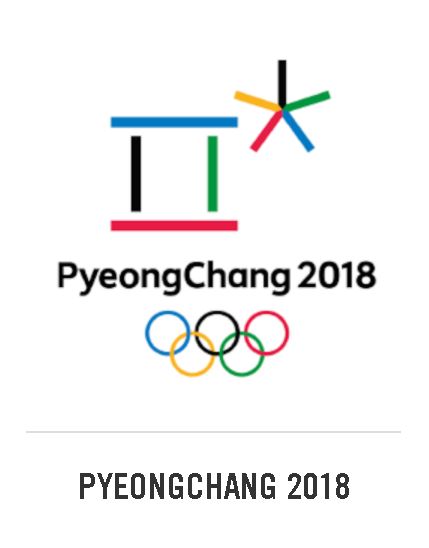 PyeongChang is of course in South Korea. We all knew that

What’s the main thing to note about these Olympics?
-Well, the crown jewel of the winter games is of course ice hockey. But this time, NHL players will not be participating. Why? Money. So the teams have roster compiled from European leagues and North American leagues outside of NHL players and their contracts.
It’ll still be good, right? Right?

The other thing to note is that Russia seems to be banned from the Olympics (Latest from BBC on this, here).

Homesite of the games can be found here.

But hey YOU! Are you game?

If you watch the games, does your interest reach beyond your borders?


Finally, apologies to all of your teams, as Finland will march on to take it’s first-ever Olympic hockey gold

The name rings too close to Pyong Yang

I should’ve also added a question: Who is going to see some of the events live? (Sadly, I am not

man is found up North

Finally, apologies to all of your teams, as Finland will march on to take it’s first-ever Olympic hockey gold

Finland has a hockey team?

Finally, apologies to all of your teams, as Finland will march on to take it’s first-ever Olympic hockey gold

And after winning ceremonial, please, do not forget shut down your Xbox or PlayStation.

My country is out cause of politics…I am very upset. Politics should never influence sport !

Are you from Russia? I thought a lot of them are still competing under the Olympic banner?

They told that some of you can still come but only under white flag. Of course it’s humiliation and most of sportsmen said no. It’s never been like that - that whole team they “catched” under doping. It’s all started under ukraine conflict.

Even Canada, Sweden etc said it’s unfair and hockey will not be interesting anymore without Russia.

I always love to watch team Russia play, so will really miss them.

Not because of politics but anabolics …

And I will be missing Russia hockey team too, for me, originally from Czechoslovakia, it was every time celebration when out team beat USSR as revenge for 1968 occupation …

It couldn’t be that much tbh

Finland has a hockey team?

Oh, I am gonna savor the moment…

For first glimps at this newly-founded national team of Finland in hockey, tune in on Tuesday as the juniors give us a nice benchmark.

Im more interested on the junior championships than the olympics to be honest.

And if russias hockey team is forbidden to participate, the tournament will be total flop in all aspects.

Honestly, I think hockey is the sport I’m looking forward to the least. For one thing, the lack of the NHL or the Russian team drains the talent pool by a large margin as many of the better players from non-North American countries play in the NHL.

But more significantly, the NHL is on TV here all the time; the Olympics are great because I get to see so many awesome sports that rarely ever get attention like Bobsled, Speed Skating, Skiing, etc.

I love the Olympics though! When Rio happened I thought, you know, maybe I’ll just watch a little here and there this year. Ended up glued to the TV almost every night for 2 weeks

I like to watch the Olympics to see some of the sports that aren’t usually televised here in the US.
Sadly, I usually end up missing the Olympics due to not being aware of the starting and ending dates, and even if I am aware, something else tends to get in the way. I’m hoping that won’t be the case this year.

Where were Finish juniors today?