Anyone else having issues with the latest Update from Windows? I was hoping it would fix the fingerprint reader issue everyone is having. Tired of all these companies!

I’ve never had any problems with Windows updates (I am always on the latest version). My FP reader doesn’t work either but I really do think it’s nothing to do with the Windows version - even when going back to factory settings it didn’t work. Even though it did work originally.

So you have the 1903 update installed right now? A lot of people are having issues with getting it to install and I just wanted to know if any other V’ers have the same issue as me

It didn’t update by itself, seems Microsoft is rolling things out bit by bit nowadays. I manually installed 1903 from the Microsoft site and that didn’t give me any trouble. On all my computers it took quite a while to install though, so be sure not to start it on any computer you need to use in the next hours…

So you have the 1903 update installed right now?

Yes indeed. Having started on with the original 1709 on my V I must say that I’ve never had any problems with Windows updates. Given the issues other people run into, whether on a V or other machine, I strongly suspect that the problem is less to do with the computer itself and more to do with the mix of software installed on it. I could be wrong though!

Me too.
**At first as without problems, but found a lot of files not acessible with the following indications: **

It boiled down to a synching bug in onedrive. 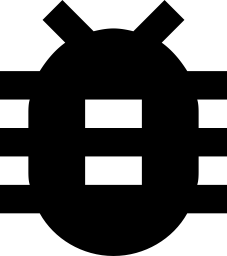 Windows 10 version 1903 users continue to suffer from issues after installing cumulative updates. The latest one, KB4515384, adds a number of new bugs to

Does this affect you?

Only the onedrive problem mentioned earlyer. Scared the wits out of me when discovering a big lot of files going ‘strange’.

By the way, the problem/ bug list showed above is an addition to an existing W1903 list.

I still have 1803 and my fingerprint sensor is as shit as always. It sometimes work though. Sorry, that wasn’t helpful.