Just read an article about the new Windows 10 S wich is build for tablets to be available in June.
It should be more lean and less battery consuming and more secure but…

Thats too much restriction for my feeling, I even want to use all the big normal Programs without the restriction of light apps but I understood MS to position Win10 S against Android and IOS on a standard cheap tablet…

What do you think?

I think there is already a discussion about Windows 10S going on here:

Surface laptop announced! What are your thoughts? Tech Talk | Hardware

Hi dudes! In around 15 minutes surface laptop targeted at education market will likely be announced! What are your thoughts? What you expect it to be? Would you buy it? Is it a competitor to V? We discuss all of this stuff here. P. S. You can watch livestream here: http://www.windowscentral.com/where-and-when-microsoftedu-event-may-2

and I also never really got used to iOS or Android. So, I’m probably heavily biased in this regard

I mean, I even think that Edge and Bing are good enough for my needs, but I get people, who just don’t want to miss Google, Firefox, etc. And I honestly like it that the Windows Store is pushed since it’s much safer for the general consumer and you can (un)install programs way cleaner.

Though there is, I don’t mind splitting the conversation in this case. The other thread is focused on the Surface Laptop and its flaws and virtues. This thread can focus on the benefits and drawbacks of Windows 10 S.

Since the OS is also intended for low-cost devices, people’s opinion may differ when taken out of the context of the $999+ Surface Laptop. Similarly, since the Surface Laptop can be upgraded to Windows 10 Pro (and for free the first year), it’s not solely a 10 S device.

On topic: I believe it was mentioned somewhere that any browser is allowed, as long as it’s installed through the Windows Store. So it’s not like Google couldn’t compile an UWP version of Chrome, or any of the other browser companies…

It is said that windows 10 s should not cost anything if sold with a windows tablet.

True that other browsers could be distributed through the store, but it would require them to be rewritten to use the Windows HTML rendering engine and javascript engine. Most of the reason I’d want a different browser would be to get rendering and javascript that better matches the other browsers. Edge has come a long way in compatibility, but there are still a few areas where I still have to tell my boss “This won’t work on Edge yet.”

You Never actually pay extra for the OS with your device, because you have to pay it if there is no special no OS version of it which is very rare

Though there is, I don’t mind splitting the conversation in this case. The other thread is focused on the Surface Laptop and its flaws and virtues. This thread can focus on the benefits and drawbacks of Windows 10 S.

I just wanted to point it out, to avoid Starting the same discussion over again

But you are right the context is different

Actually, I suspect the most difficult part is Javascript, and that code can be reused as it doesn’t depend on the GUI library used. HTML rendering engine should be reprogrammed because different libraries are used to display things on screen, but the rest (including most of plugin support) should be reusable

The reason why nobody makes browsers for the platform is that it’s just not worth it. If people have the desktop version of Windows, they will use desktop apps, and if they only have Windows Phone, Windows 10S or something like that, they probably don’t care much since they already chose to live in that world with no apps going past angry birds level of functionaity. So there is no demand for browsers there

I think it has its place.

It is a similar approach the Amazon Fire range, but with Windows. It’s not for me, but can imagine it would useful in some situations.

UWP allows for more than infinite runners and photo sticker apps. Productivity software, triple-A games and other things are available in the Windows Store. A lot of them? Not right now. But 10 S may be a great push in that direction.

That doesn’t mean that non-Windows Store software needs to go. It has its place, and will allow advanced users to use programs with features that extend well beyond what the Windows Store allows. But for a lot of users, having a single place to purchase, install, and update software in a simple and safe manner is a great experience.

Productivity software, triple-A games and other things are available in the Windows Store

Please show me some examples, I don’t believe that

Quantum Break is an example of a game, but it lags terribly for this level of graphics and gameplay, desktop games are much more optimized and run much smoother. The framerate is capped, and if I remember correctly, it doesn’t work with SLI.

As for productivity software, I think the UI is way too limited for that. Productivity requires hiding many things in a menu bar, having a bazillion of configurable toolbars and that is super difficult, if at all possible, to implement in the UWP platform.

I think Microsoft should do a HUGE push($$$) for developers to start using the bridge tool and getting more of the mainstream Win32 programs to be on the store. It definitely adds a level of security and optimization that sometimes you don’t get. Obviously if you are in a level of use that requires very specific applications then windows 10 S is not for you. But for everyone else that use tablets or even PC’s for browsing/documents/storegames/etc I say its genius, as long as they get developers to do it. if not it would be another fail (RT). Man if i could give this to my mom/family and i dont have to worry to much on them clicking and downloading virus/malware/etc they’ve done a huge step forward. also push updates and notifications as well as xbox/hololens are great additional things that come with it.

Dream on… As long as it’s a computer and can execute any kind of code, viruses will exist.

Thats a fair point, but i believe it will be easier to spot/quarantine or delete as well as better detection from Defender. Its not necessarily meant to stop all viruses but it is a very good added security for mainstream users.
and i did forget an “O” in “dont have to worry TOO much” meaning you still have to worry, but not as much.

EDIT: I think some would benefit from reading this article 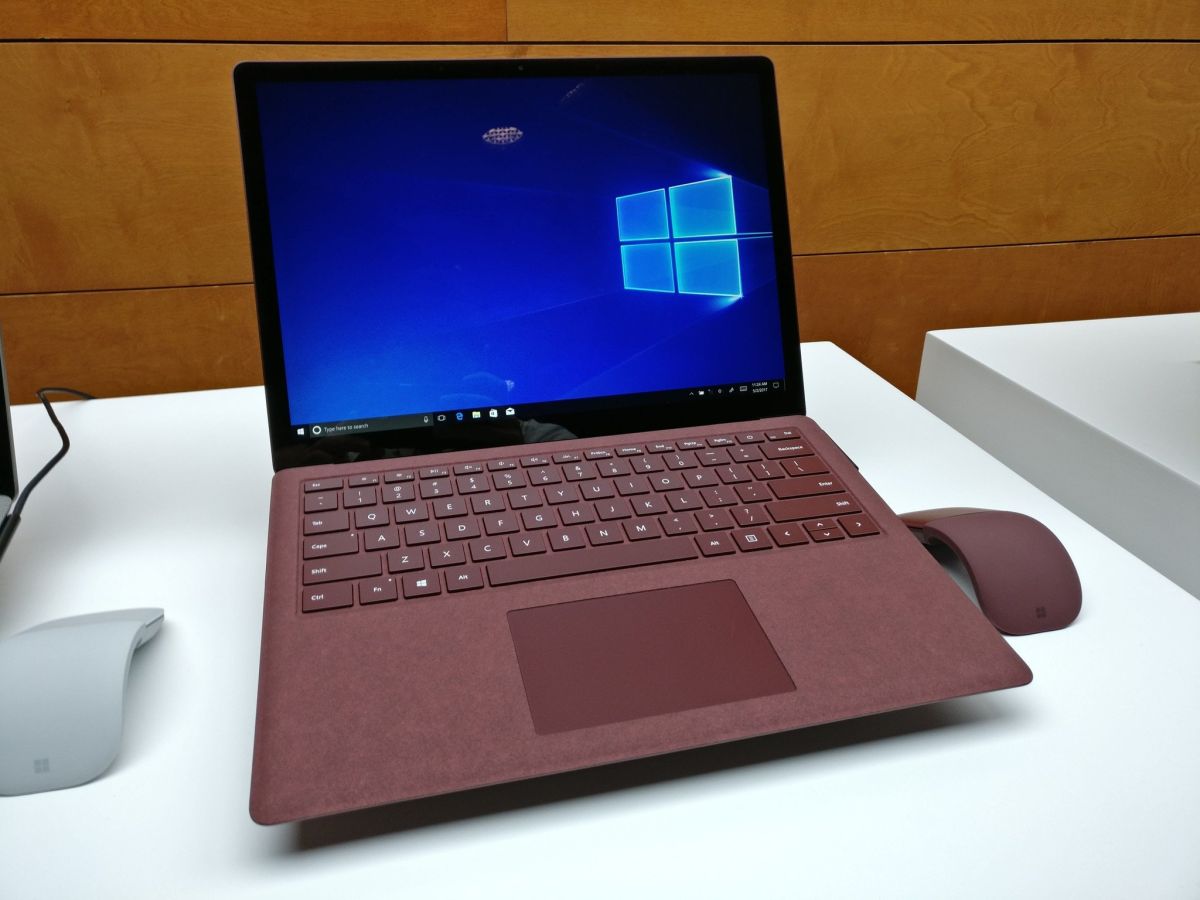 Taking the "pro" out of Windows is only bad if you don't hang around with normal PC users. Really. Keep reading if you're still not convinced.

You do have to worry. Android has plenty of viruses, of course less than Windows because of many reasons. But app store is not one of the reasons. I mean, Android runs on phones with limited computing power, people don’t keep important files there, so it’s simply not worth deploying a virus there. And let’s face it, most smartphone owners don’t even browse the web on their smartphones apart from a few familiar sites or apps, so it’s also more difficult to get a virus in.

I think people are missing the point of Windows 10 S. The majority of PC users are not pros who want the flexibility to install whatever app and hack the registry etc. Windows 10 S is targetted at users who are happy to accept a closed system like iOS for the peace of mind that the apps they install have been vetted by OS manufacturer. Microsoft already showed Spotify and iTunes are coming to the Windows Store and those are not UWP apps, but the desktop app repackaged and published to the store. Microsoft provides tools to convert Win32bit apps to Windows Store.

Yes there needs to be more apps in the Windows Store, but I suspect this will happen quickly once Windows 10 S starts to be delivered with new laptops / tablets etc.

The nice thing about Windows 10 S is if a user needs an app that’s not in the store or wants more flexibility they can switch to Windows 10 Pro via the store in a few minutes with a few clicks in the Windows Store.

Yes there needs to be more apps in the Windows Store, but I suspect this will happen quickly once Windows 10 S starts to be delivered with new laptops / tablets etc.

And I see a very similar situation to what we had with Windows RT. They did get a bunch of apps developed for the platform during release, much like now they got a bunch of apps ported for 10S. But what happened after release was that developers showed no interest in maintaining those apps or developping new ones, so most of them were discontinued.