Will VR be the next big thing?

So, since @exialpho made the interesting question if we think VR will be “the next big thing” I think it’d be cool to just discuss a little about it

Just state your opinion here, if you think VR will become like smartphones or the next 3D TV! (Hot or flop)

I think VR will be like the wearable market is - is mainstream but at the same time there’s not much adoption.

That said, I believe AR has a much bigger potential to disrupt the way we do business or even spend our time. It has the power to replace our phones for example but still needs to mature quite a bit. HoloLens is a exciting glimpse into what the future beholds.

Thanks @iKirin for the honor

In my opinion, VR is probably just a step to the next bigger thing (as @Artur said).

VR can be nice for certain games imo, even though I experienced that using it the first time it is quite unusual for the brain. You move around without seeing anything, you also have to be really really careful to not knock things over (especially if you are in a 360 environment virtually).

The use cases for AR are just way bigger. I think this can be a big think in regards of marketing (just think about visualization of new furniture directly in your own apartment). It can blend in perfectly with the environment we are used to up to a point that our mind doesn’t process it differently than billboards or a TV.
But, the next step has to happen for this. I recall simply AR games on an old Siemens phone I used in 2004, and even though devices have advanced rapidly from there I don’t see the same kind of progress on the AR side.

I guess we will see what the future holds for us…

AR and VR may be the ultimate platforms, but there’s a long way ahead of both with no end in sight. Sufficiently advanced may be a miracle, but talking about reasonable timelines - year, maybe two - they will be better than they are and somewhat magical… but as an extension of what’s already on the market (Rift, Vive, Gear) or what will be on the market soon-ish (Magic Leap).
The value VR will get better, especially with inside-out tracking and foveated rendering - and still, that may happen in the 2 year timeline.

Everything beyond that it’s simply too complex to predict. If economies of our world collapse in the next five years, there will be no AR or VR of any kind needed. So, you know. : )

Right now proper, PC based VR is bit too expensive. Next 2 years may bring costs down and technology used - up. Oculus is right saying that the content is kind, but the magic will happen on the intersection of hardware and software, as usual.

I don’t think it will fizzle out like 3D TV, though.

I envision a time where AR will be able to be fully immersive. It’ll take time - 5 years, maybe more - but by then AR will truly replace both VR and traditional means of computing (ex. phones). With voice (and who knows mind) recognition and motion sensors, keyboards and other peripherals will no longer be needed, unless you want or a dedicated controller to play some games.

Also, the size of devices will get smaller and smaller and cost will also go down (purchases will likely come from enterprises and only a small portion from tech enthusiasts), and perhaps in 5 years these devices can be compared with ie gaming consoles sales’ volumes.

It’ll be very interesting to see what happens in the future and see what transformation (or absence of it) does AR and VR bring.

VR imo is like what laptops 20 years ago were, and AR and MR would probably take over.

AR/MR visors would be the next smartphone.

I own a HTC Vive, love it, but there’s feels like something lacking. It feels that there’s a gap that has to be bridged to reach mainstream. Not sure how to describe it though. Might just be simply not enough early adopters.

IMO VR is a fad. Because it totally disconnects you from the external life. AR is a different talk

VR is a fad like the internet is a fad… The very fact that it disconnects you from real life is why it will be so big.
I have concerns about the social aspects of VR. If we look at what our current tech has done to our society and our ability to interact with each other, VR can only make it worse. (I’m not saying there will not be loads of benefits as well) People are addicted to tech. They can’t put their cell phones down, they can’t not look at that tweet they just got, they are immersed in the games they play, and they will be terribly addicted to VR.

I have friends who work on VR (for entertainment and for business needs) and one thing they all mention is the feeling they get when they take the headset off. The real world is a let down in comparison to the beautiful, exciting, perfectly tailored worlds they build.

I think @pauliunas has a point, with AR. I think when that starts to work well (looking at you, HoloLens), it could be a complete game changer. However, I think there is a great advantage that VR has to AR. It completely disconnects you. With VR, you have to be in that world or the real one, so if you choose to interact with people there, you still have the ability to do so without the tech in real life, whereas with AR, it will be the next epidemic of people just staring at their phone screens, only that now they would fill their entire FOV with Information like tweets etc…
So, while AR could potentially be awesome for work (design, presentations, virtual workspaces etc.) I think VR is nicer for human interaction, because it doesn’t destroy reality.

It completely disconnects you.

I hope in the (far, I know) future, AR will immerse you just as much as VR. You could have two options: VR and MR modes. The first would be fill your whole FOV and give you a experience similar to what you currently have with ie Vive and the second would give you whatever information, image, document… you’d want with varying degrees of transparency depending on what it’s needed or what you want.

I think it’s more like the next next big thing. The tech has to evolve very much because right now the resolution is waaaay to low to be really immersive. It always looks like it’s not real and huge pixels are very distracting.

It may be a really cool thing as soon as the pixels are gone and the textures look as good as in modern computer games and the frames per second are high enough for fast head movements. But this is still years ahead because screens must evolve by several generations and CPU/GPU power must be a multiple of today to drive those screens. Actually it would be easy to calculate this missing speed factor for maybe 2x 8k with 60 fps or 120 fps for each eye.

Before that, I wouldn’t find a real value in it, because the pixels make immersion impossible for me. But this is just my personal opinion.

With VR, you don’t interact with real people. Because you don’t see them, and you don’t hear them. With AR, you still see what’s happening around you.

I think VR is in a similar category to that of Smart Watches (e.g. Apple Watch, FitBit) in that it may take off with small groups of people, but it’s not going to be a game changer (like the iPhone) nor a huge flop (like 3D TVs) [if those are considered a flop?].

Small groups of people will embrace VR (I would guess most likely gamers), but it’s not going to be a “must-have” item like a smartphone.

You can however interact with virtual representations of actual people - two (or more) people sharing the same VR world.

While we talk about VR addiction, I wonder what we would actually do if we weren’t limited by technology. This reminds me of two things. 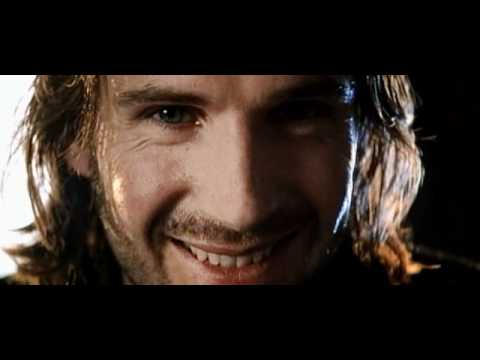 Second, while we go down the dark path, here is a great short film, “Uncanny Valley”:

here is an interesting article from TIME. I especially like the part at the end where he talks about children and VR…

Screens are old-school, I believe in at most 10 years, VR/AR/MR devices wouldn’t use screens at all, but to project images right into your eyes like Magic Leap and Avegant Glyph. The only kind of screens lefts might be those translucent nano-tech screens used in hololens, which in all essence are “glasses” more than a screen.
(P.s.: Wild speculation, no research data backing this belief.)

Small groups of people will embrace VR (I would guess most likely gamers), but it’s not going to be a “must-have” item like a smartphone.

Smartphone replaced the “dumb” mobile phones because they “do more with less” - you get a uber-portable computer with phone functions - kill two birds with one stone - a direct upgrade!

“Dumb” phones kind of replaced home phone, and actually there wasn’t a real way communicate with each other on the go some twenty years ago. Those of you who are old enough, can you still remember the days

(no, not the pager please)? So the revolutionary innovation is the traditional mobile phone, and the smartphone is just a very elaborated, evolutionary, upgrade.

VR/AR/MR (I wish there’s a collective term for these, let’s just call them VR) kind of falls into being “revolutionary” and “evoluationary”. In the sense that it’s revolutionary in a way that not everyone cares - it’s cool to experience alternative realities but most people can live conveniently and happily without it; and evolutionary in the sense that it’s possible that it would replace our contemporary computing/communication device (image Google Glass + Hololens, or maybe Hololens itself is already it).

So from my highly limited perspective, for VR to become a big thing that matters, it has to churn into dealing with some basic needs and tackling some basic problems (in terms of 1st world living standards). VR today is apparently not there yet.

It’s funny, because I’m not sure if you have ever listened to a podcast called Cortex, but the two presenters in it were at a facebook thing a few months ago where they showed off a prototype piece of software that actually let two VR players interact with each other in a VR space, so it can happen in the future.