When IndieGoGo goes bad :-(! A story of a tech flop

I’ve been scrolling around on IndieGoGo looking at various different campaigns (a new concept for me!)

And I stumbled upon this: 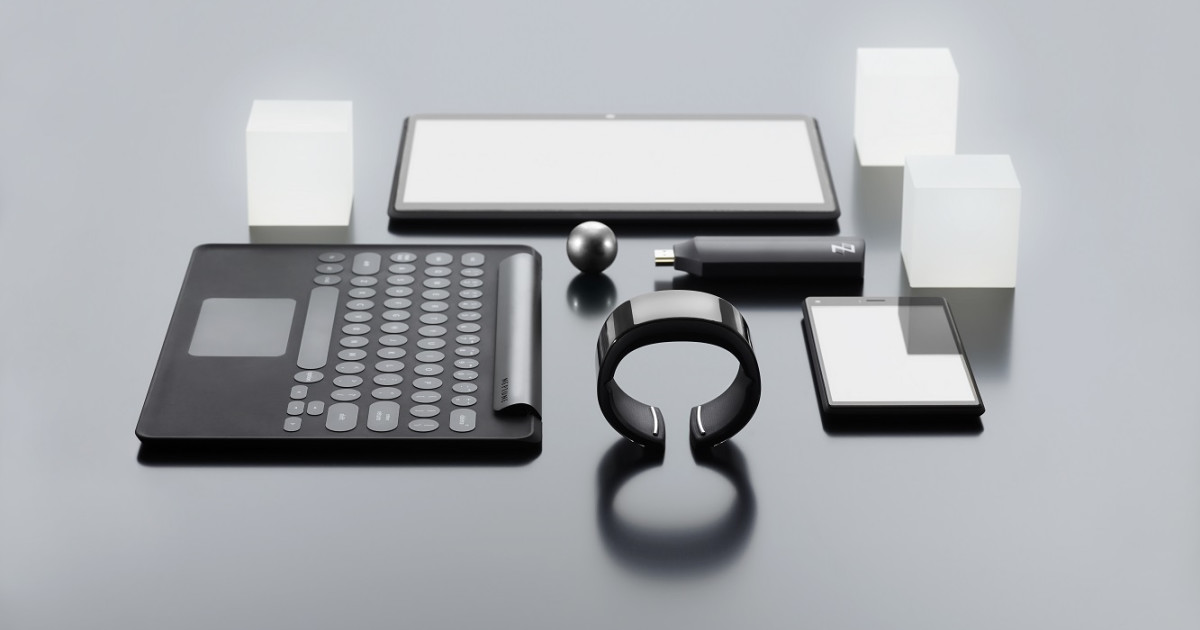 A smartwatch, a phone, a tablet, a keyboard, a dongle and a wireless headset. All for $599. | Check out 'Neptune Suite - One Hub, Infinite Possibilities' on Indiegogo.

Estimated delivery of February 2016 and the comments section is full of people looking for refunds because they’ve been waiting for basically a year. I don’t know the exact guidelines… But if you’re paying for the research you’re not guaranteed an item at the end of it I guess?

Sad times :-(… Very interesting concept though, I was strongly considering signing up for it before I saw the commentary. I think the headphones/charger are a brilliant idea, even if the watch is a wee bit clunkier than I would have liked, though to be fair it is the mind of the whole operation. Would anyone else sign up for this if it hadn’t seemingly flopped?

I actually heard quite a few IGG campaign failures, it’s quite easy to Google one as well.

At the end of the day, IGG crowdfunded stuff are from tiny startups, which by nature has a high probability of failing.

The first time I ever used IGG was for Eve. Obviously there’s quite a bit of transparency and community here. I literally just signed up for an electric lighter on IGG that said it was shipping August 2016 but they reopened the campaign due to GBP value decrease post brexit. So I genuinely understood this to mean that they were shipping. Otherwise they’d surely have to update their campaign?? Instantly applied for the refund after I saw the commentary and the fact they still don’t have a working product.

Eve gave me a false sense of security when it comes to IGG lol. It seems IGG doesn’t really care what is floating around on its website

And I totally get the high probability of failure, but for the Neptune Suite it seems that a year later they are in the design process for a watch that looks nothing like the design propositioned in their campaign. I’m amazed they aren’t obliged to update it when they’re falsely advertising a product at this stage heh.

You can also take a look here. A few couple of campaign that doesn’t make sense Crowd Funded Projects - Page 1

Indiegogo gives no guarantee that you will receive the items. This happens very often, don’t be surprised

Speaking of the campaign itself, I really doubt it’s possible. Come on, 64GB of storage, 1000mAh battery and a high end processor - that just wouldn’t fit in a wristband. The battery alone would use half of the volume. Even if they somehow managed to squeeze it in, I have serious doubts on the amount of RAM. There is no word on it in the description, and I believe they skipped it on purpose. They ought to be planning 1GB, or - God forbid - 512MB.

Secondly, the idea itself is quite useless. You still have to charge 4 separate devices, so no benefit in battery life. And you have to keep Bluetooth enabled for all of it to work, on all of them. Which shortens the battery life even more.

Finally, the price. I could get a phone with similar specs for $200, a tablet+keyboard for $500 and then there’s $200 left for a smart watch and some IEMs, which I don’t doubt are a bunch of crap. I could get the same result for lower price, and as a bonus I would actually have 3 independent devices instead of some screens tethered to one watch with one battery. Oh, and for that $500, the tablet would probably be running Windows already.

Indiegogo is meant for charity, basically. So when you “pay” for something, you are actually just donating and the “seller” has no obligations to actually ship the product to you. You can ask for a refund, but after the campaign is over, Indiegogo doesn’t care anymore, and you’re not guaranteed to get one. That’s where the rules get very complicated, I think it depends on the local laws of where the “seller” is based. But basically, Indiegogo’s terms state that they’re not responsible for anything…

This was my first IndieGoGo https://www.indiegogo.com/projects/robot-dragonfly-micro-aerial-vehicle/x/1729175#/

Massive failure, people were lucky to get 20% refunded if even that.

That and a few other projects that have been delayed for 2-3 years now made me not back this cause of I can’t trust IndieGoGo.

I don’t trust it at all

See what gets me here is that link for the dragonfly is advertised as an actual product, not research. Their video shows working products. How can they actually get away with not providing the product? IndieGoGo is seeming increasingly sketchy.

Like in “theory” I have paid a downpayment for an Eve V and I’ll pay the remainder any day now. My understanding was that the product has been designed, but Eve need money to finance production. So there should be no issue getting a product. HOWEVER they could also just send people nothing and it would only cause a bad reputation for the company, no other repercussion whatsoever :-//

I also used Indiegogo for the first time for the Eve. And to be honest, if the T1 didn’t exist I wouldn’t contribute to the V at all.

Exact same boat, and I do feel confident as well. But that confidence nearly had me signing up for other campaigns that I had no business signing up for heh. I truly didn’t realise how the system worked.

You need to acknowledge the fact that Indiegogo is a crowdFUNDING platform, not a sales platform. So when you back a project, you help in funding it. The seller can promise a perk to you, but since Indiegogo is not a sales platform, that promise remains purely between the seller and you.
You see, the problem is that people don’t even care to read the terms of service before spending $1000. These things are explained in bold…

The problem, though, is also that a lot of ‘companies’ that go to Indiegogo present their campaigns as if they have working prototypes and are basically on the verge of stating production, so to the average consumer, even if they go and look at the website for their product, it looks like a solid thing to buy, because the ideas they present are often really cool and would be nice if they worked. Also, many times they will put the logos of the websites that have talked about their product before on there, which gives it even more credibility.

Well, I still think it’s very irresponsible to click “pay” before at least skimming through the terms and conditions, or otherwise making sure that you have a guarantee. It’s solely the buyer’s responsibility, and I don’t see anything wrong with the campaigners trying to boost their “credibility”. It’s how business works, you need to make people trust you

And the consumer needs to weigh the pros and cons - pros being all the various sites already writing for the product, cons being no guarantee. When you use Indiegogo, you should know you’re taking a risk. If you’re not rich enough to risk the money, you should wait for the end of campaign when official sales start, which are eligible for Paypal’s buyer protection.

WTF is that guy talking about?

Ummm yeah, I can tell you one thing:
that guy doesn’t know shit about computers.

I look at both Indigogo and Kickstarter in a similar light as gambling… only spend as much as you can afford to loose. Whatever you ‘contribute’ to a ‘project or campaign’ is just that, a contribution; it is not an investment into the business enterprise…if and when the ‘project’ comes to fruition you receive a ‘perk’ or ‘reward.’ Like the many others who have commented so far, I have lost money or have failed to receive the reward promised with a number of Kickstarter and Indigogo contributions. Prior to ‘dropping a dime’ to any enterprise or organization do your home work and remember» caveat emptor!

No, T1 was not crowd-funded…

My error… and yes the T-1 was not crowd funded but, nevertheless a product was developed; successfully completed and shipped. This accomplishment provides a level of comfort, that this project will be equally successful.

Ummm yeah, I can tell you one thing:that guy doesn’t know shit about computers.

That guy and Eve-tech are the two opposite extremes making a perfect example of how crowdfunding should be intended: can be a real product (Eve) or just some guy completely detached from reality.