I wanted to make a post to let you know why I am not really active in the community since the last update. Most of the team and I are now focused on vigorous preparations for the investment. We are revising a lot of legal agreements, reiterating a long term business plan, and meeting investors around the world. We have had good progress and offers are on the table. It is crucial for us not to slow down and to keep the momentum going to close the funding round quickly. This is done to make sure we can ship out remaining Vs as soon as possible and smooth out any support related issues. And of course, things will pick up from there more and more!

I won’t be able to make the video for tomorrow telling about the team. We will for sure make it once we have an investment locked down and Vs are shipped out to the rest of people!

We are on your side fellas! We have not spent 4 years and gone so far, only to have it not work out! We will make it work!

Earlier this week, Microsoft started to roll out the next big update for Windows, which they name the Windows 10 April 2018 Update. It is installed through an update called Feature update to Windows 10, version 1803, and includes a number of changes to Windows.

This is a major update, comparable to what service packs once were, and with the increased amount of changes there is also an increased chance of something not playing nicely with your existing software or hardware. Some of our community members have already installed the update on their V and have shared their findings, and in a few cases issues did arise.

This is a good moment to remind people that it is important to regularly make back-ups of any important files stored on your device. Always. Not just when installing large Windows updates.

So what are important files? The short answer: it depends. If you don’t want to lose it and it’s not stored anywhere else but on your device, that’s the kind of thing you want to back up. To one user, it may be photos. To another it may be a music collection. To a third it may be a configuration file to get their software set up just right. Keeping these files safe can be as simple as copying them to an external hard drive, USB stick or cloud storage. You can do this manually, though third-party software does exist to automate the process.

The files that make up Windows can be re-installed by downloading and re-installing Windows from the Microsoft website (you can find more information about this in this article). The same applies to most software: MS Office, Adobe CC, and other programs can often just be re-installed, so backing them up is usually not a priority.

If you do wish to have Windows and your software included in the back-up, you could look into making a Windows System Image Back-up (more details in this Windows Central article, or use third-party back-up or cloning tools.

Impact on the V

update!
Earlier this week this article from Microsoft revealed that there are some issues with this update and ‘select devices with certain Intel SSDs’, though they did not specify which SSD models were affected. Now from this article we know that the Intel 600P SSD used in the 128, 256 and 512GB models of the V are among the affected drives. This also explains some of the issues that were reported by community members earlier.

Microsoft has disabled the update on computers using these SSDs, so both the automatic Windows update and the manual update installer should no longer work on the V.

If you have already updated your V with the Windows 10 April 2018 Update and there were no issues, then you are fine. If you have tried to update but ran into issues, Microsoft recommends reverting to Windows 10 version 1709 as described in this article.

If you have not yet updated your V, the update will not be available for the time being. You will still receive security updates and the like, so you will only miss out on the newly introduced Windows 10 features for now. Microsoft has informed Eve that an update will follow later this month that will resolve the issue and make the feature update available again.

It is also possible that Windows Update still finds the 1803 update is available for your V, and can successfully download that. But then when installing, it shows the following error message. 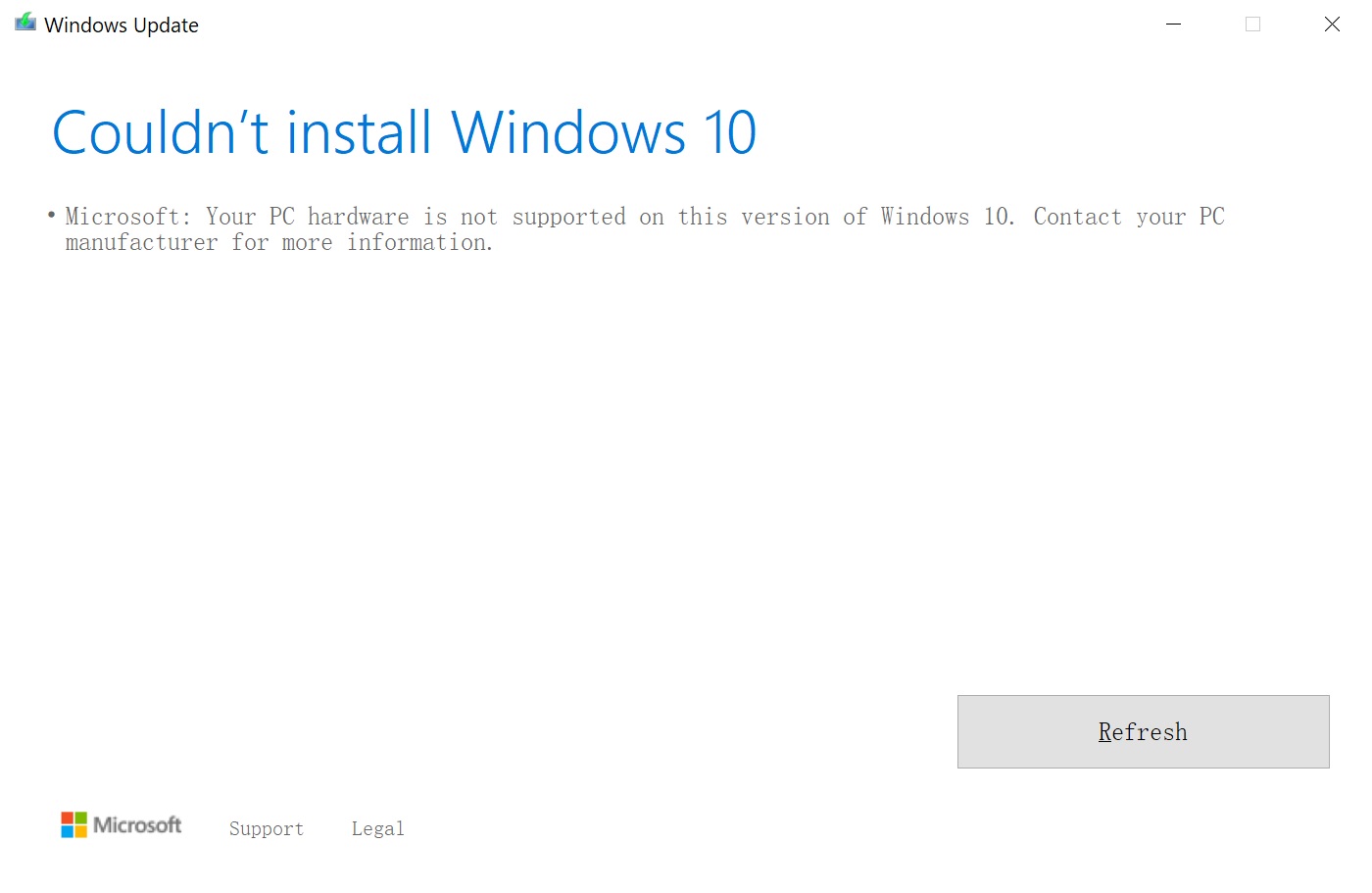 There have been a number of credit card payment disputes. Though we do not recommend this course of action, we understand that the patience of some customers is running thin.

An issue has arose where due to these disputes, our payment processor Stripe has blocked our account from further incoming payments. Since payments through Partial.ly are still made into our Stripe account, these no longer work.

This was as much a surprise for us, which is why we could not release an announcement ahead to warn the affected buyers. We apologize for the inconvenience, and are contacting these buyers now with possible solutions.

The shipping estimator went online earlier this week as planned. Instructions on how to find it are available in this article.

We are aware that some people are having issues with it not showing up on the account page, and are currently looking into this so that we can resolve it as soon as possible.

Security- and other updates will still be available as usual.