This week’s survey is all about how we interact with our devices. Obviously different forms of input are more effective in different areas, but…

What is your FAVORITE form of input? (which do you enjoy the most?)

For me, it’s the mouse. I have a Razer Ouroboros that I’ve customize to my liking so I don’t need to use the keyboard when I play most of my games like Diablo 3.

I’m a software developer and having to move my hand from the keyboard to the mouse is a huge time-expense. I use keyboard shortcuts for absolutely everything I can to minimize the amount of time my fingers aren’t touching the keys.

It just gets annoying with the parts that don’t have proper keyboard support in an IDE (looking at you, IntelliJ!)

I love to use a pen for input. I use keyboard and mouse about 90% of time during work. Both are efficient for their respective use cases, but don’t satisfy me. I really enjoy the natural feeling and the freedom a pen offers.

I voted multi touch, for me this is more enjoyable than typing on a keyboard. I like swiping around, pinching, expanding etc. Navigating using my fingers is so much better than say a mouse.

Now that said, it does kinda depend on the context. Eg on a spreadsheet I’ll always swear by a keyboard.

However ultimately for the V, I can imagine myself using fingers a lot!

I can’t answer this, because it depends so much. For text entry, I’ll take a good TKL keyboard. If it’s enough text, even if I need it on my phone, I’ll write it up and use Google Keep, Docs, or email to transfer it then cut and paste it where I need it.

If I don’t have access to my real computer, then it depends. If I’m someplace quiet, I’ll use voice, but if it’s not quiet, I spend more time repeating myself than it would take to enter it on a virtual keyboard.

For non-text stuff, I prefer a mouse if I’m on a desktop, it’s just more precise than touch. For a laptop, touch or a mouse, depending on whether I have someplace convenient for the mouse, a touchpad if what I’m doing isn’t touch friendly. For a tablet, I prefer pens (again, more precise), then touch.

I am fine with a keyboard. My first PC had no mouse. And Later with Windows 3.11 it was really faster with keyboard shortcuts. There was a mouse but it was slow in comparison to modern mice.

I think I am going to use the pen a lot when I get my V. Still waiting for the Webshop to open for all the people that missed the Indiegogo campaign.

Keyboard give the most possibilities (you use it almost everywhere) + shortcuts - awesome for productivity.
Also trackpad is important (today even more than mouse due to gestures)
I also enjoy pen input. It is great for annotating, making quick notes (for that tasks it is much better than keyboard), presentations and sketching (making fast diagrams, mind maps and so on). I also find out that when I’m writing with paper I tend to remember more from what I have written. There are some studies proving that hand notes are better remembered.

I said gesture support because IMHO, when it works it is the most amazing and natural. I know it’s not very productive, but when done right it’s just awesome. I use to have a motorola phone, two twists of the wrists opened the camera, even if the phone was locked. Bam, Awesome. Hololens, though it looks somewhat clunky at the moment, looks like it could be amazingly smooth and intuitive if the can master the gesture recognition and make it smooth. Even doing things with motion controllers on the HTC Vive was a really cool and fun experience. I think my dream is something like in Iron Man, although I suppose that is a combination of gesture and voice (Tony Stark never looking socially awkward talking to technology is actually the most unrealistic part of those movies

I picked “mouse”, but that doesn’t mean just any mouse. My favourite form of input is using my Logitech G600. Having access to almost any keyboard shortcut with my thumb is just so amazing and time saving. 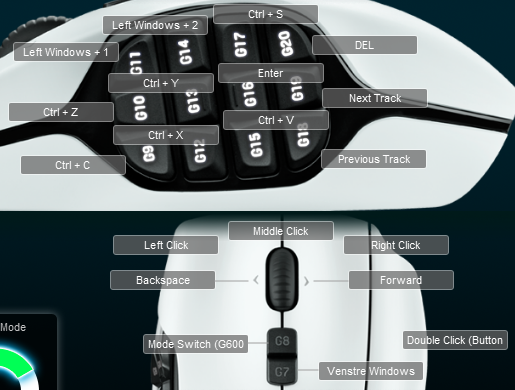 Sure, I would prefer to use a keyboard when I am actually writing, but for editing and general interaction, nothing beats it.
(One day I am going to actually put a whole keyboard on it and try to write using it, but I just haven’t gotten around to it.)

This poll gives an or - or choice.
What about and - and choices ?

Keyboards are the best; they always follow your command, but they do not still need lot of commanding like mouse…

I voted for multi-touch but would have voted for a combo of that and keyboard if that was an option due to the experience I’ve had using a MBP. Navigating with the keyboard/touchpad combo is really nice.

Edit: I changed my vote to Other.

I would say it means both, the actions are basically the same whether on a touchscreen or a sophisticated touch-pad. Again, it’s not about how to be the most productive (obviously some combination of these would be the best in almost any situation), it’s about what form of input you enjoy the most.

Using a pen is my favorite form of input. I love to draw and doodle. With that said, I use my pen input less than 1% of the time I’m on the computer, but I’m looking forward to a system where it can use it more often.

Ya, I think that was probably the intended meaning but I figured Gesture meant hands gestures in the air rather than multi-gesture on a touchpad. I probably should have voted Other…there, done.