I’ve talked and thought about a little metal plate on a egotron monitor arm to insert an fix the kickstand of the V… Now it’s done… check the pictures (the “third party” is my cousin, which works as metal worker) 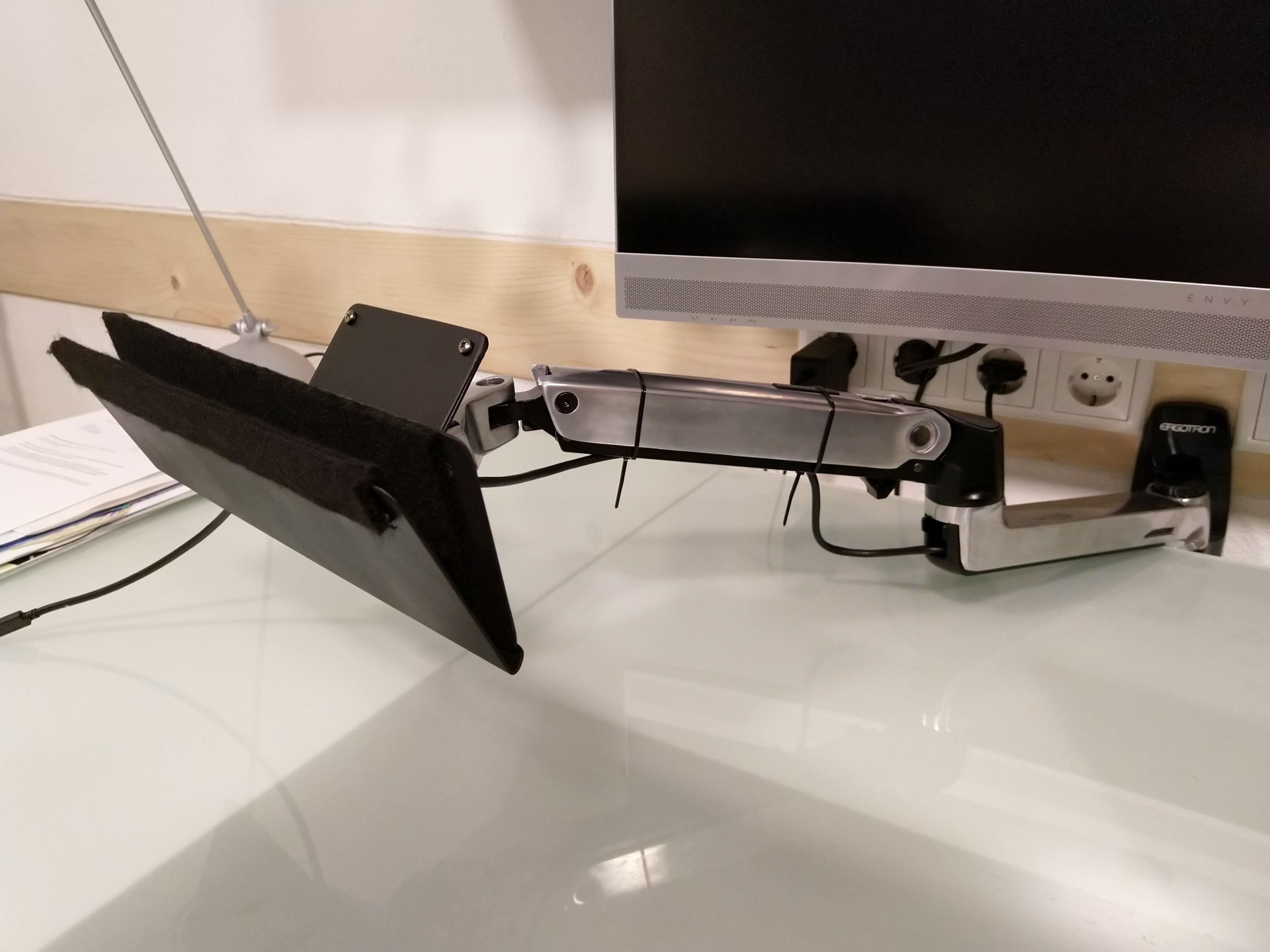 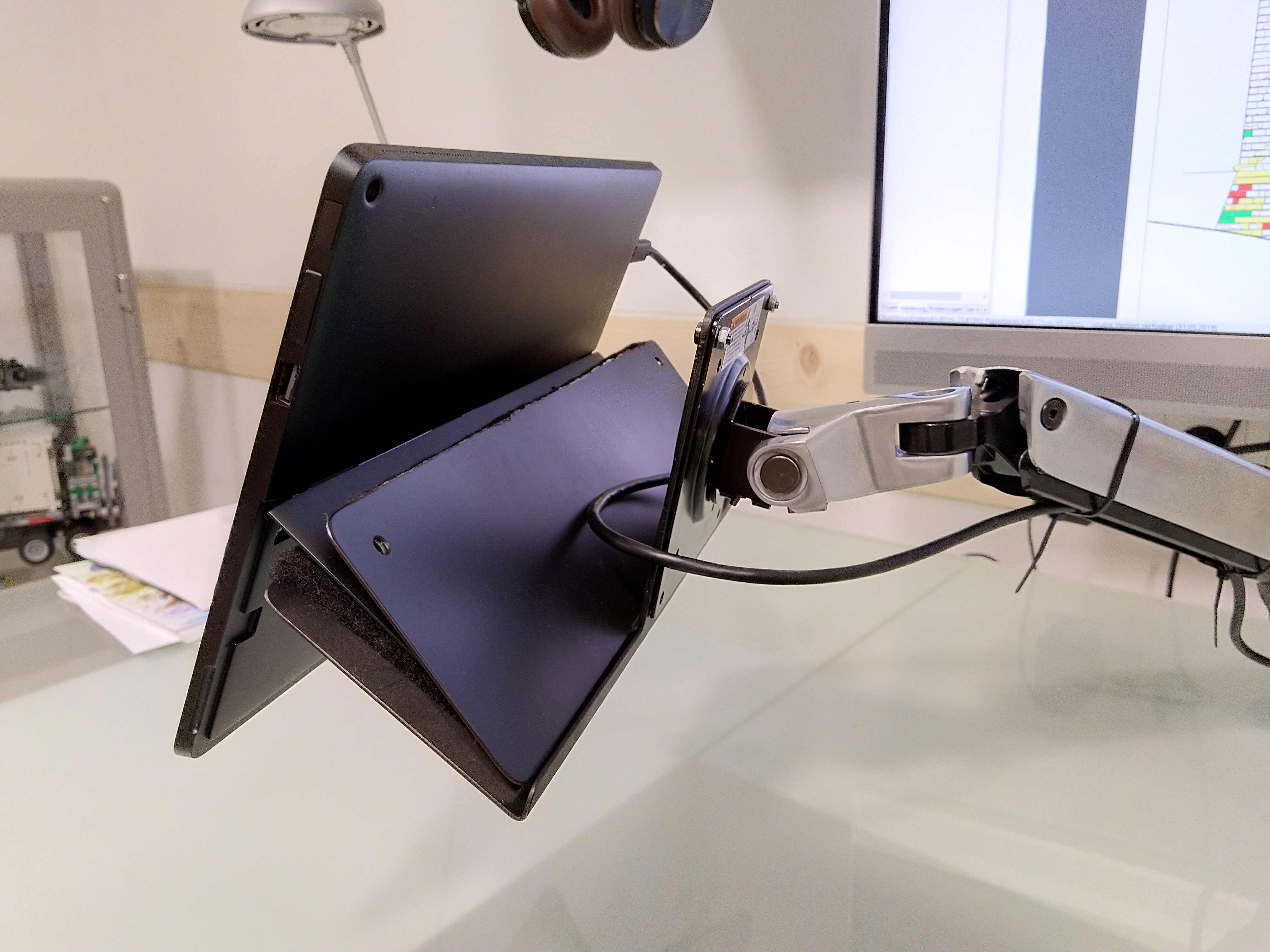 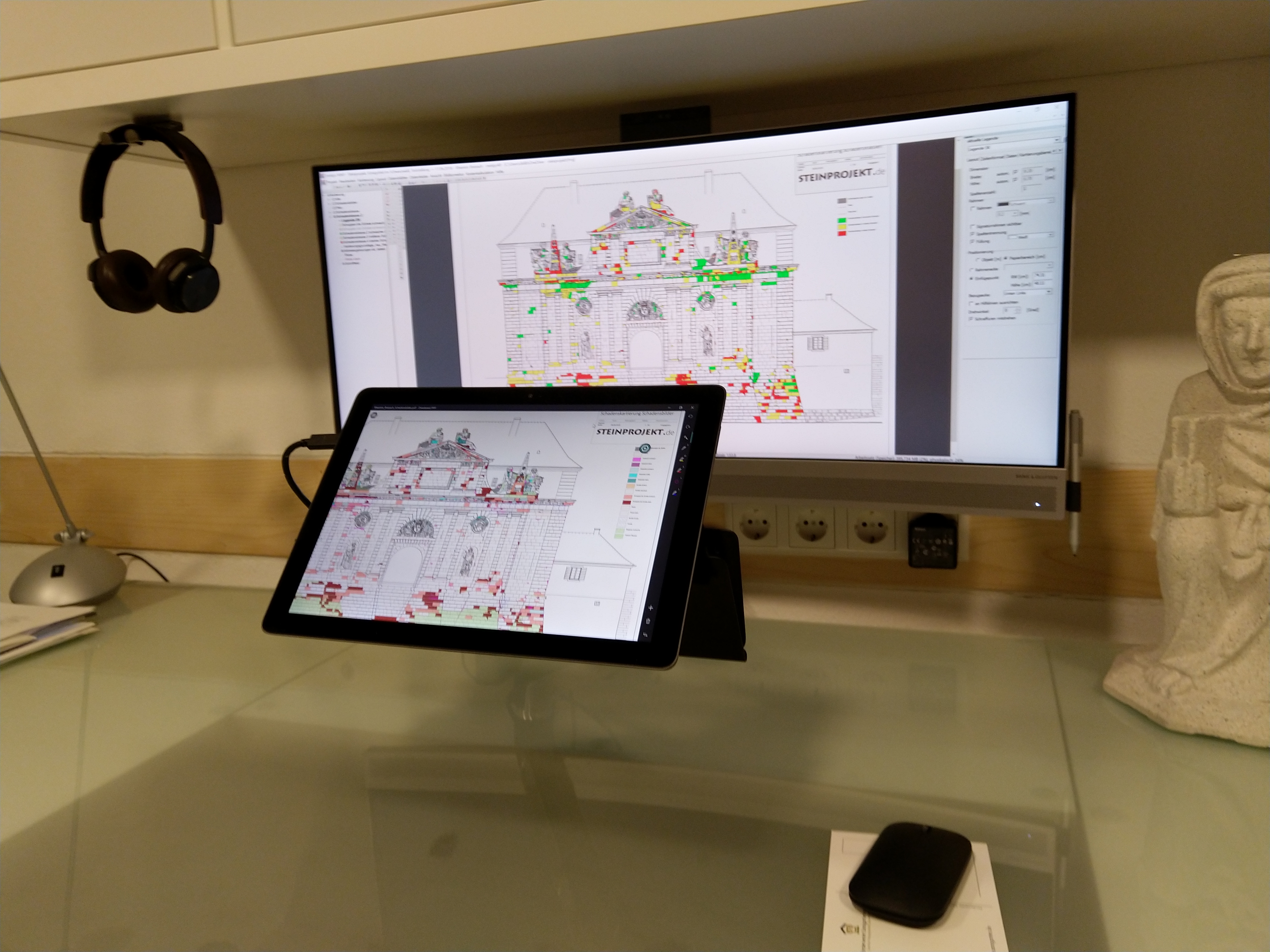 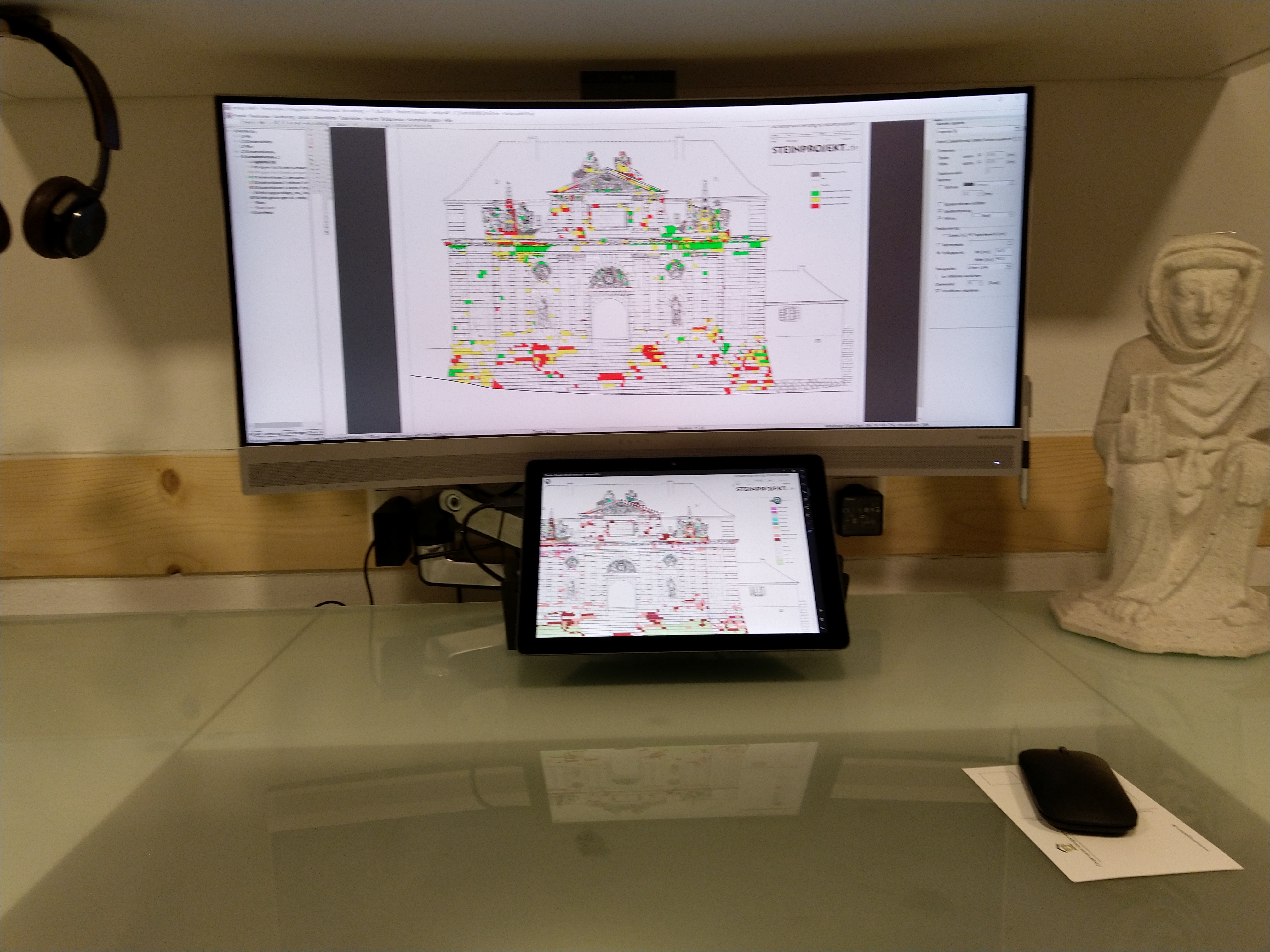 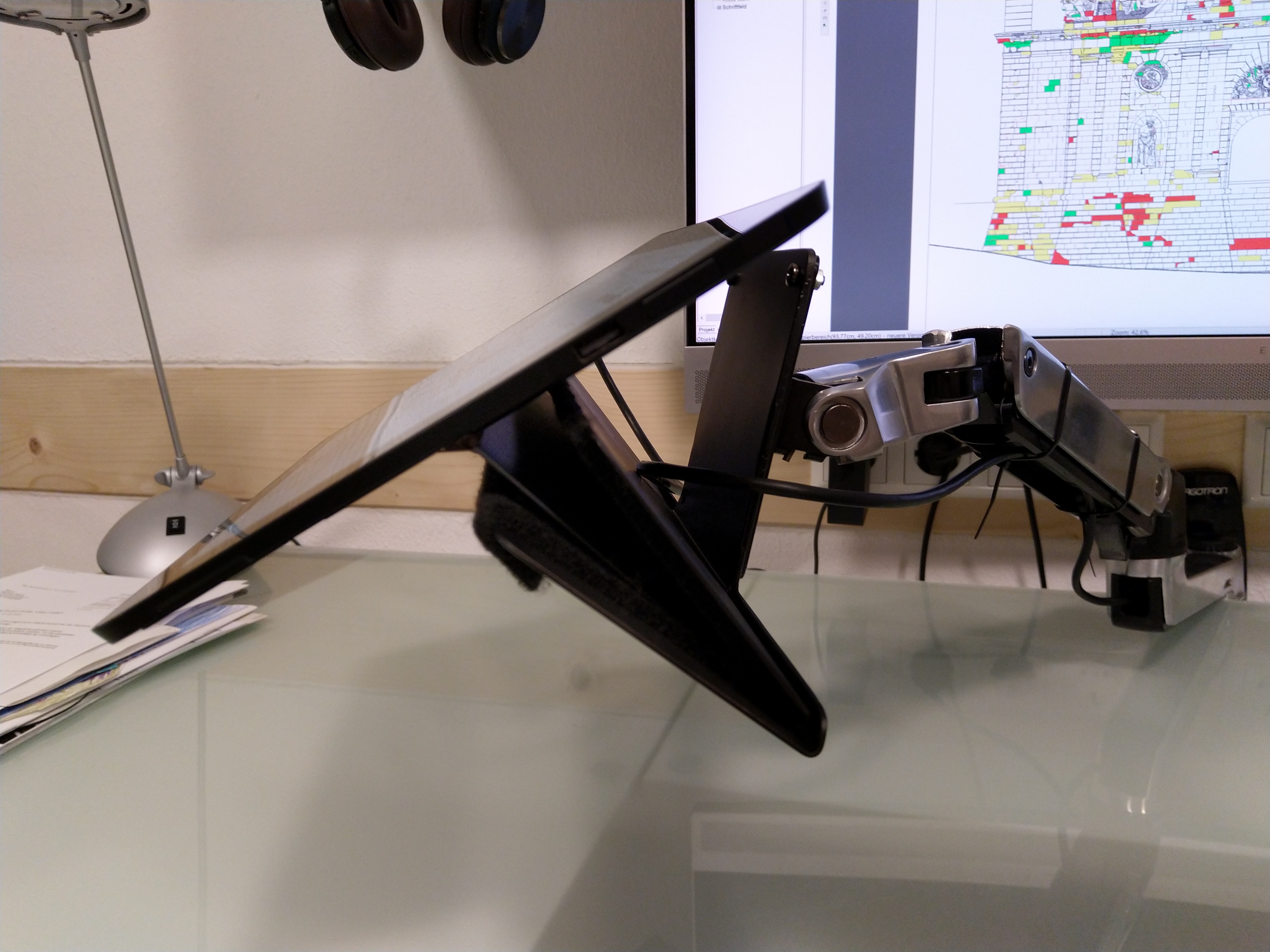 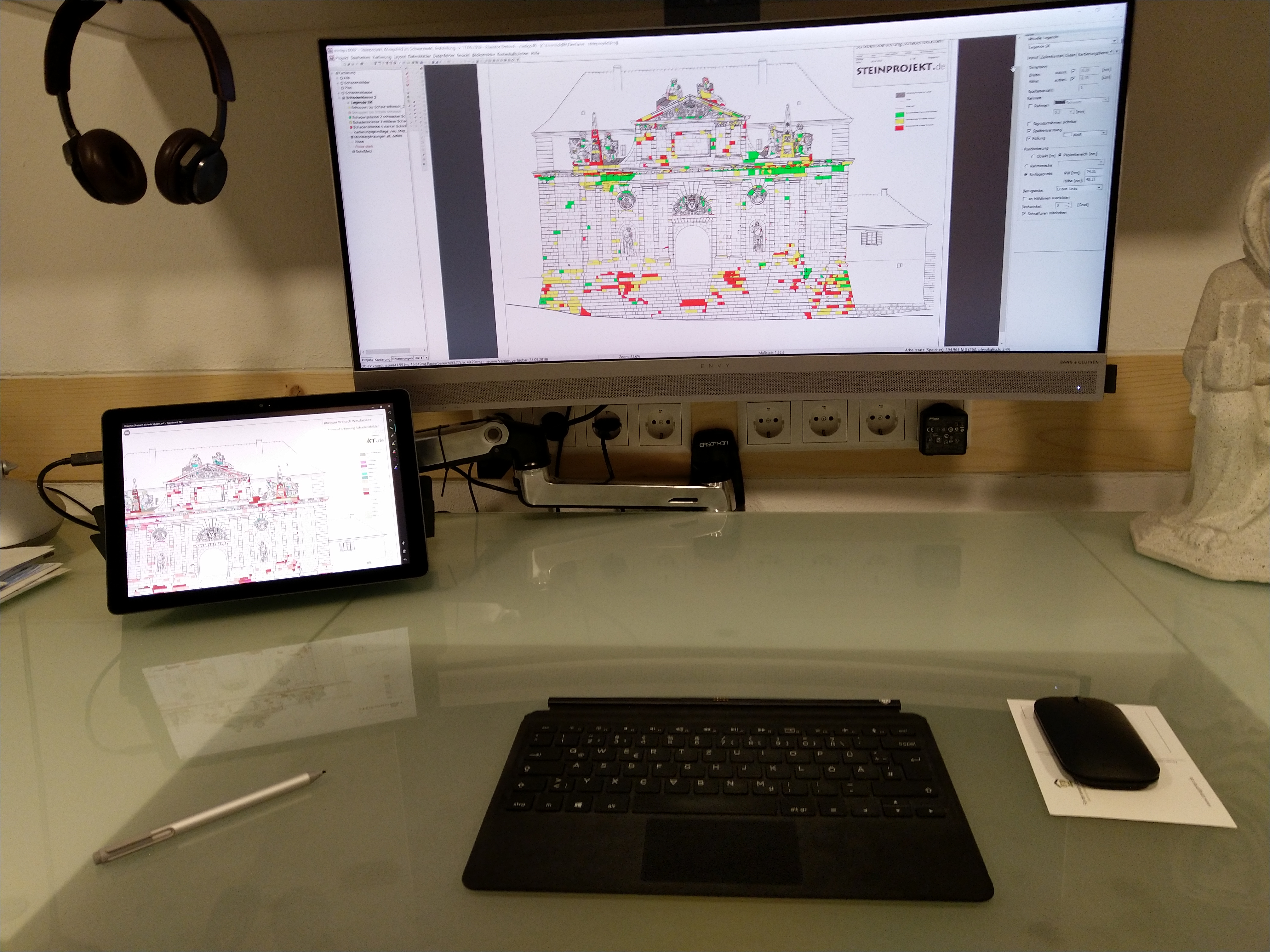 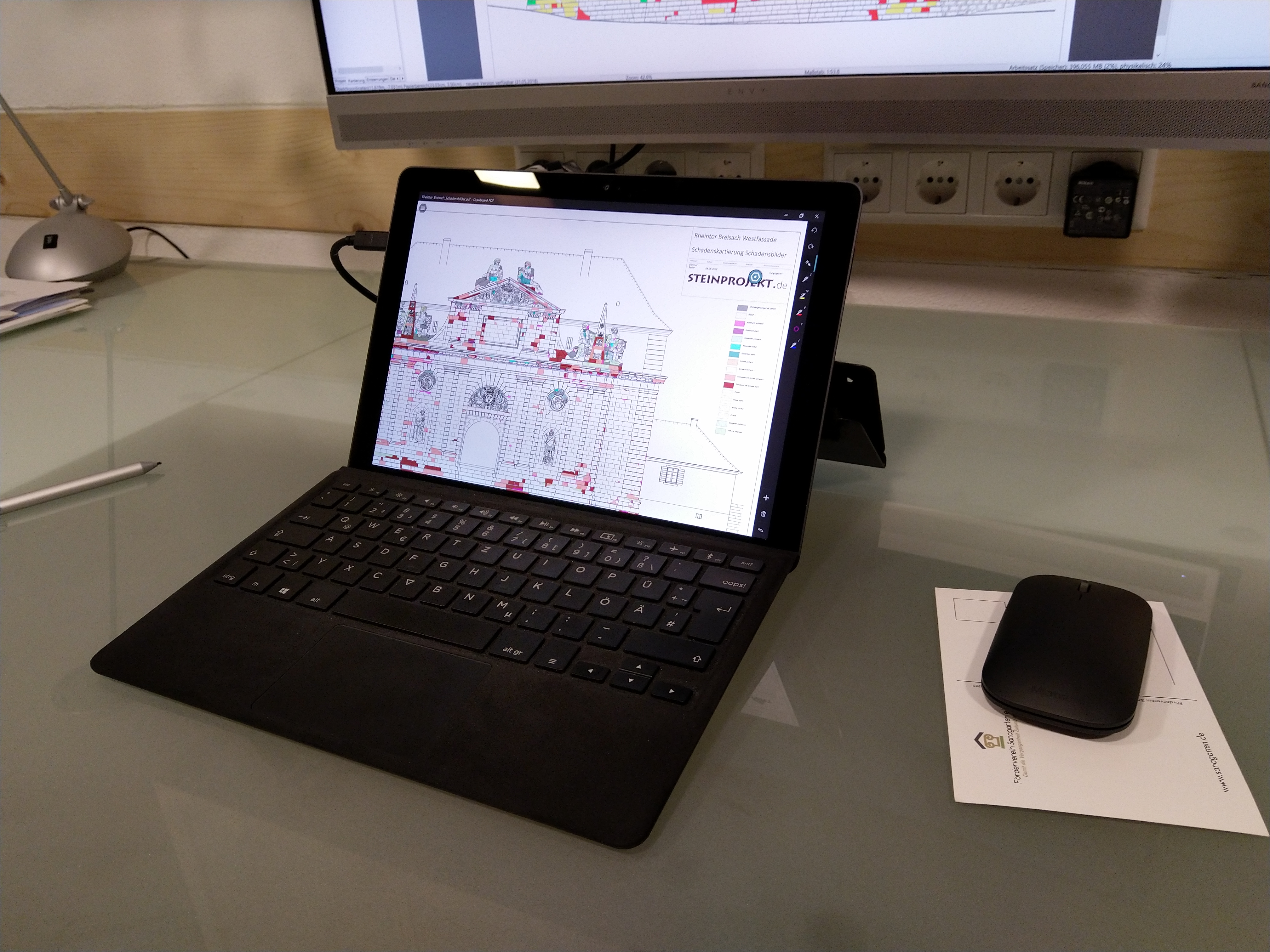 I personally feel the supporting the V using its kick stant i kinda a bad idea. I just got this feeling that in the long term, ur V kickstand will be destroyed.

in the long term, ur V kickstand will be destroyed.

same concern here too. (though, i like the idea a lot!)

I’ve got the feeling while the V is docked that there’ s less stress for the kickstand because if I push to hard, it moves back. For sure the hinge is holding the weight of the tablet, but isn’t that its purpose? 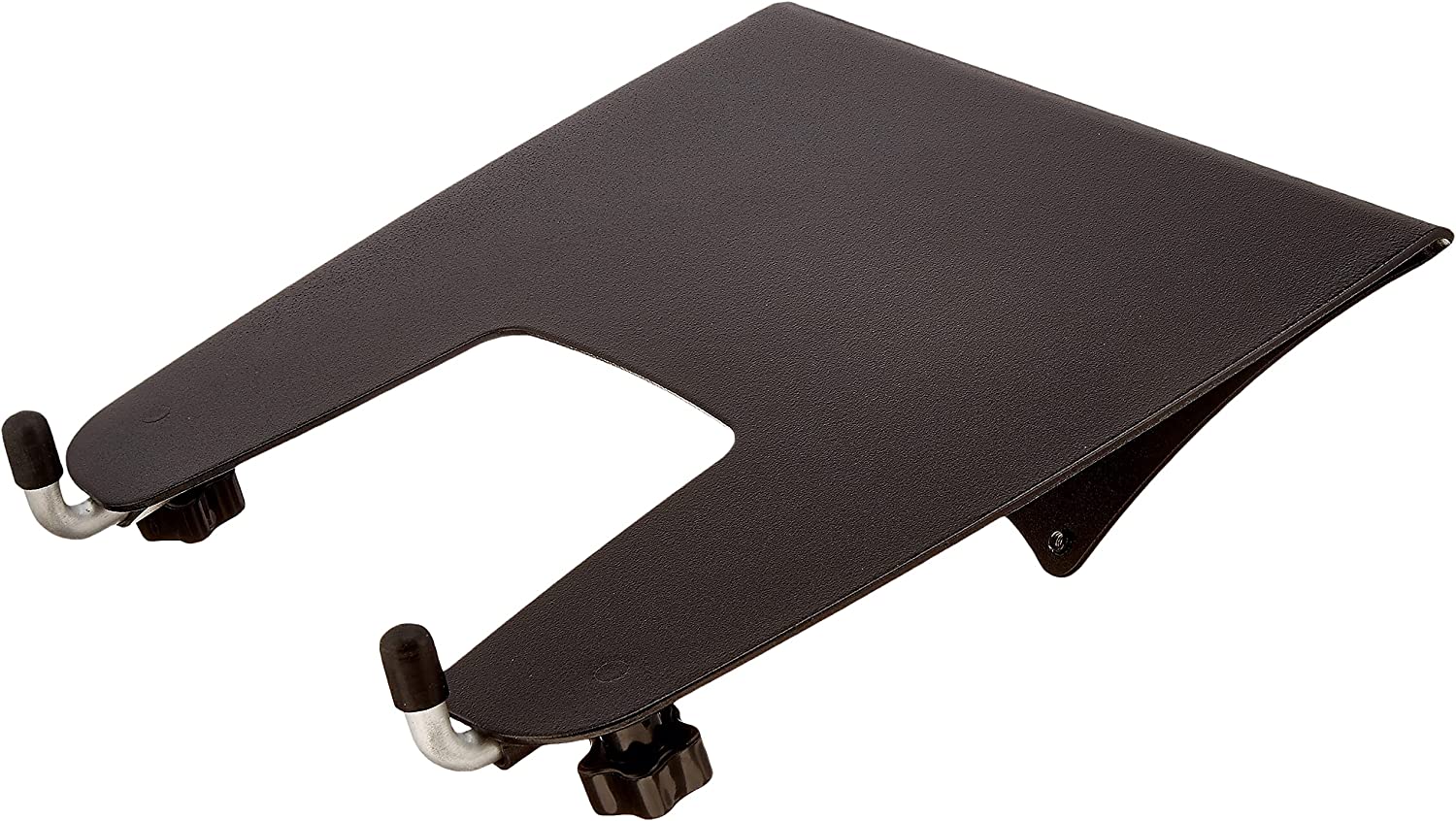 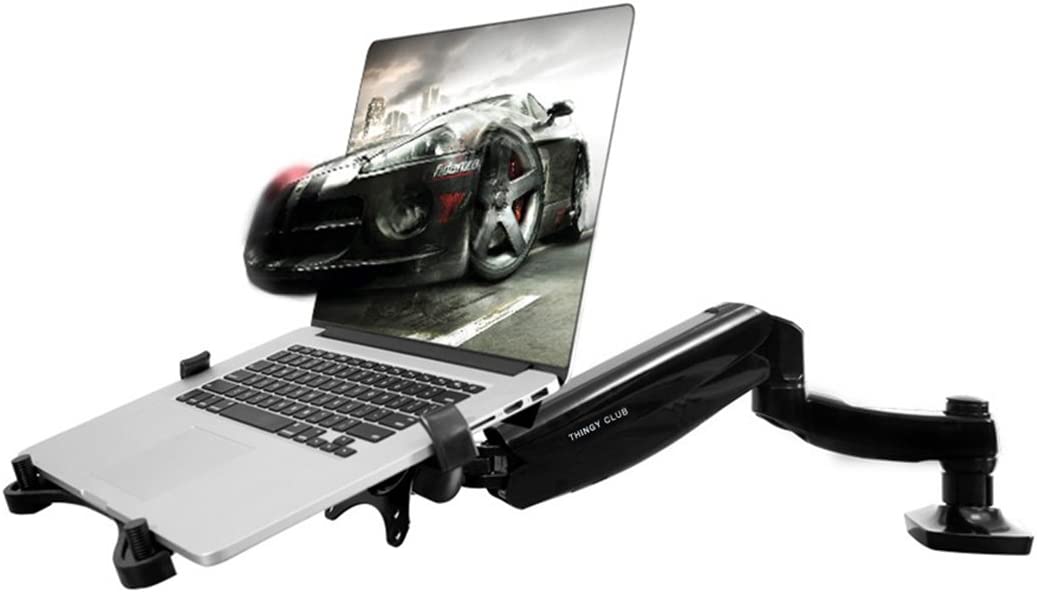 For more information, please visit www.thingyclub.com/collections/stands-brackets The Adjustable Desk Mounting Bracket allows for flexible positioning of your laptop up to 15.6" on a desktop or other surface, such as windowsills. The Adjustable...

With some anti slip grip pads/rod could work well.

It’s now holding the whole weight of the V so all the stress is on the hinge and the hinge screws.

When it is laid on the table, the weight is distributed between the two points of contact.

For sure the hinge is holding the weight of the tablet, but isn’t that its purpose?

When it is laid on the table, the weight is distributed between the two points of contact.

Not only that, I think in this configuration the stress is shifted further upward on the hinge bracket.

I’d at least ask your cousin about his opinion in it. He at least has some experience in engineering - I assume he didn’t bring it up as a point of concern: so either it’s a non issue or he thought you’d worked that concern out and didn’t bother to bring it up.

Better to ask now than have your kickstand suddenly pop out one day.

…20 milliseconds before your screen smashes on the desk below it.

@Wickedly: can’t click on the link from spoiler. (can right-click open in new tab but that’s cumbersome)

It’s just a gif, you’re not missing much.

hmm, the hinge is just 3 screws on each side. i have a phobia of it popping off. Already happened once to me and had to warranty it. And it was just opening/closing on a desk. all that weight on the hinge looks like an accident waiting to happen.

“just” 3screws? should there be 5 or 10? I’m just a dumb stonemason, but I’ve got some technical knowledge to see that this is working well for me and for my V. And if the screws are breaking off, I’m gonna weld it and drill new threads… just ask another person to hold the V tight at the kickstand and work on the V. you will see that this is a solid thing… your screws breaking off was just a production issue of missing loctite in the thread… I check my 6 screws weekly and if they get loose I will fix them again with some loctite…

I’m gonna check the price for laser cutting the parts. My prototype is cutted by hand… but it won’t be much… the biggest part of it is the ergotron arm… This was around 150€… it could even fit for Surface owners…

Hi @dibadibadu for sure the kickstand is not designed to be used as a hanger / mount, but rather the concerns stated by @tld8102 & @TheBestPessimist are extremely valid.

If the kickstand gets broken, its not covered by warranty as this use case is not standard.

You may proceed though, but with our own risk.

Hey Mike, I’m completely OK with that and I trust the quality of my Vilma. I’m working now since one week with this setup and I love it. If the screws break there’s nothing lost but a little piece of metal. A broken SSD or motherboard would cause bigger problems for me…

…and one more question: what’s the difference if V is standing on a table with the kickstand fully opened and I lay my arm on it to write. This could be a pressure onto the hinge of some kilogramms…

what’s the difference if V is standing on a table with the kickstand fully opened and I lay my arm on it to write. This could be a pressure onto the hinge of some kilogramms…

Just as it would be common sense that leaning completely on the V while using it is not an intended use case, I think it can be said that the V was never designed to be used in the manner you are using it now.

Not to say that what you have isn’t a slick set-up, just that it was never intended and not accounted for in the design process, therefore it may have unexpected consequences that are not covered under warranty.

You can absolutely wipe with newspaper instead of good ol’ TP - just that you probably can’t complain if you later get ass cancer from the ink. Same thing, I think.

LOL, love your wording… Looking forward to get ass cancer because it’s more likely to me than breaking my Vilma’s kickstand…