If you have a Massdrop account, please sign in and vote on my poll . I need at least 50 votes to keep the poll alive

If enough people vote, Massdrop can strike a bulk deal with the vendor/manufacturer for a discounted group price.

I have listed several current and upcoming USB-C monitors in my poll. I am hoping they have full compatibility with the Eve V. Majority of which were demo’ed or introduced at CES 2017.

On another note, do you know what is the rated power of the USB-C charger for the V? Majority of the monitors have around 60W, and there are some that are rated for 45W and then theres the LG UltraFine 5K display at a whopping 81W of charging power.

What is an USB-C monitor you ask? Well it is an monitor that can connect to the USB-C port on your Eve V and perform video and data output to the monitor while simultaneously charging your Eve V! Certain monitor models also include USB Hubs and speakers, so you can play audio and attach peripherals. Leads to a nice, clean design, without all the different mucky cables everywhere.
See a USB-C Monitor 2015 12’ Macbook setup.

Have a great day!

The V uses a maximum of 29W charging power.

Or you can save $200 and just connect it with HDMI

So: Even if the LG screen could transfer more than 5Gbps it wouldn’t work over USC-C. LG specifies USB 3.0, so I guess it has no 3.1 gen2 which would at least allow 4k @30Hz.

I guess what you want is a Thunderbolt screen.

I think massdrop is an interesting site, sadly if I order something i need to pay taxes when it arrives and then it’s just not cheaper anymore

I thought the Eve V will have one USB-C connection capable of Thunderbolt 3?

Oh okay, I see what you are saying. From my understanding most USB-C supported monitors support TB3 transfer rates or alternate mode (HDMI or DisplayPort) .

This is really confusing, haha.

What Ben mentioned is that the V has TB3, but probably the LG display does not. So you can only transfer normal USB-C speed to the display.

It does, he claims that the monitor doesn’t have thunderbolt, only usb c.
I’m a bit confused, it doesn’t say thunderbolt on LG’s website (atleast i couldn’t find it when quickly looking) and im quite sure they’d advertise it if it does. On the other hand they say they accept 4k+audio on the usb c connector … soooooo, who knows?

On the other hand they say they accept 4k+audio on the usb c connector … soooooo, who knows?

Another exampler of corporate bulls**t. LG seems incapable of getting a simple fact-sheet right, so the customer doesn’t know what he will get and what will work and what doesn’t.

What is unclear to me (and I couldn’t find an explanation after googling): Does Displayport over USB-C work independently of the speed limits of the USB-specification? Are those DP-signals transferred in a different way when using Alternate Mode? What I mean is: Even if USB-C gen2 is limited to 10GBps and 4k 60Hz needs ~16 GBps, could that somehow work nonetheless?

This is such a mess. Companies not stating if 4k is @30Hz or @60Hz or which USB-version built in and what speed you get… Even if you know about all this stuff and possible problems it’s often impossible to find any useful information after a lot of googling. 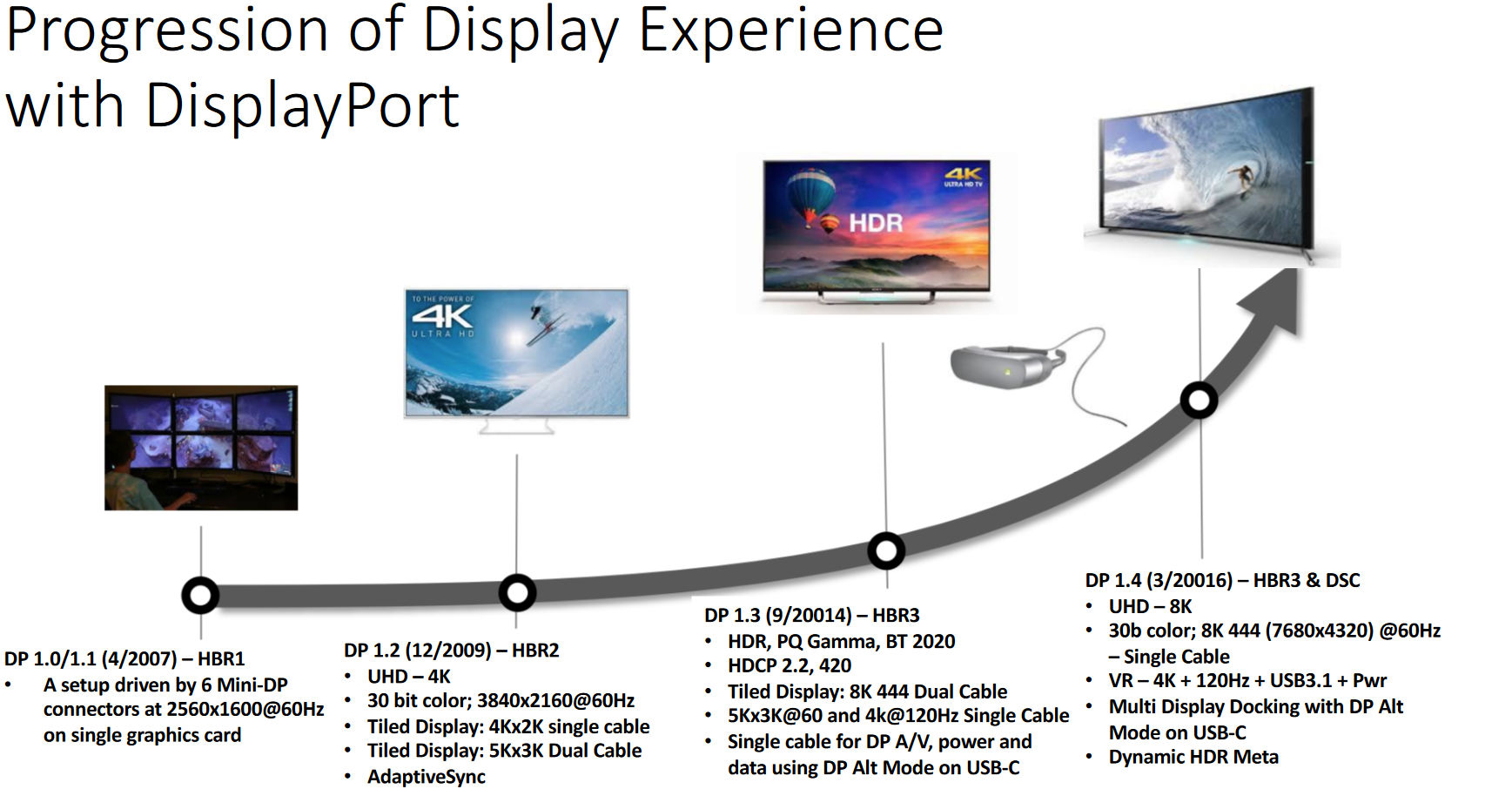 And from another VESA page:

Early implementations of DisplayPort Alt Mode USB Type-C devices will likely use existing DisplayPort 1.2a capabilities that support up to 5.4 Gbps per lane. Using 5.4 Gbps across all four high-speed lanes will support up to 4K (4096 x 2160) display resolutions at a 60Hz frame rate with up to 30-bit color.

The more I read about it, the more I’m bugged and stressed out. This is the worst documented technique I’ve come accross in a long time (except maybe Ebay’s Java APIs

You can buy the item and test it yourself