I’m bit disappointed with EVE. Due to the delays, i wanted to upgrade my ram.

I have no clue why it isn’t possible to just put another 8gb ram in my existing order. I’m willing to pay for the extra ram. I believe its the least they can do due to massive delays.

I can understand you though, as RAM (and for a small partition also the SSD) was the key reason for me to buy the i7 model in the end.

So of course there’s also the issue of opening pandorra’s box if they allow changes to the initially available configurations now.

I have no clue why it isn’t possible to just put another 8gb ram in my existing order.

On a side note: Components have been acquired quite some time ago and maybe they do the 8 GB models as 2x 4 GB (pure speculation).

I don’t recall if there was an option for i5/16GB in the crowdfunding campaign but if there wasn’t, that’s the likely reason they are trying to ‘upsell’ you to the i7/16gb.

Subject to correction and not being able to recall what the board looks like just this second, I believe that this unit carries onboard RAM rather than a removable SO-DIMM package which means the RAM configuration is set in stone off the mainboard’s assembly line.

The V is not a custom-built limited run system but a mass-production computer which means that for the sake of costs, there will be configuration combinations decided upon beforehand for each SKU based on a balance of popular demand and projected retail price. If it isn’t already in the SKU line-up, making a single unit with i5/16GB is not that simple nor inexpensive, when it comes to a mass-production unit of this type.

I suggest that if you definitely need that 16GB upgrade, go for the i7 as well, as it will also be worth it in the performance space.

I believe its the least they can do due to massive delays.

Just to add to @mulenga and @hatter: You also get a way better screen as compensation for the waiting. Which costs Eve a good amount, really. Not many other companies I know doing this.

I believe that this unit carries onboard RAM rather than a removable SO-DIMM package which means the RAM configuration is set in stone off the mainboard’s assembly line.

Correct. RAM will be soldered to the mainboard and therefore is not upgradeable after this step. Probably they’ve already done so by now.

i appreciate the screen right. however, I didnt ask for a new screen. It was due to problems they upgraded the screen. I wouldnt care less if it was the older one.

Its like i hire a builder to build a house, they delay with construction, however, they built a nice fireplace. Not everyone would accept it. Some people would still be angry with delays.

Thanks. If its technically unfeasable, thats understandable and i accept it. If its due to stock, i would be disappointed.

All three processors support up to 16 GB memory, technically is possible to have a M3 or I5 with 16 GB. Getting additional memory modules wont be major issue either. What is “limiting” is Eve as a company, there are in comparison a tiny company and to keep it manageable and to make the project a success they have opted to limit the possible configurations to three.

The current V, with 3 processors, 2 memory sizes and 3 ssd sizes, if you want to offer full flexibility you would have manage 18 configurations, even a giant like Microsoft doesnt offer that kind of flexibility and currently offers like 6 configurations with the Surface pro. Perhaps in the future when the processes are running smoothly Eve can decide to allow more flexibility in the configurations.

with the delays, i would have thought they had ample amount of time.

They considering to upgrade the SSD to 1tb, so its not like upgrading parts is out the equation.

For people saying they maybe have already soldered to motherboard. I find that silly, as why would they solder everything when they didnt have all the parts (screen). As a contingency, i would have thought you would gather every parts needed before actually soldering things together. So if anything should happen, they can still refund the parts back to suppliers.

When producing this type of device, the mainboards are assembled on a separate assembly line or sometimes even in a different facility altogether from other components or where the final system is assembled, tested and boxed.

Given that the only issue that was remaining was the display issue, it would make sense in the interest of time to print and populate all the boards since there were no further changes to be made at this stage to the design. As far as upgrades to the SSDs, if the SSDs had not yet been delivered to the assembly facility, it’s easy enough to change the order to a higher capacity unit so long as the quantities are available and can be delivered on time. Generic OEM components which are not soldered directly to the board such as speakers, SSD, battery etc can be changed/upgraded at this point.

Assembly, testing, labelling and boxing are the final steps before shipping out the units and these will likely be done in the same facility where all parts (including the pre-populated mainboards) will be delivered.

Right now we are just guessing what they have soldered.

Ram can easily be used in the same example for the SSD you just wrote. however, we do know SSD has not been soldered as they did talk about upgrading to 1TB. So there is a chance RAM has not been.

I wont jump to conclusions right now. I will just wait for Eve @Team to clear it up if its possible to upgrade or not. If they can offer to upgrade the SSD, just maybe they can with RAM.

The SSD will not get soldered to the motherboard, it’ll get plugged in and then a screw holds it in place. Thus, no preparation of merging the board and the SSD have been done.

The reason specified by Eve was that the number of SKUs has to be kept to a reasonable amount (that is why they chose to offer only a small, medium and large set of specifiactions). Every additional differentiation increases costs overall plus might cause timeframes to extend.

So to revert your question back to you - in regards of disappointment - would you be happier if Eve agreed to exchange the RAM to 16GB for you, but that would cause your device to be shipped last, pretty much shortly before the webshop orders start to be fulfilled. Probably you would then start complaining that it is another unreasonable delay, because it can’t be so difficult to just add something as minor as RAM.

Please be considerate of the team size (as we learned in the other thread it is approx. 13 people). They have enough tasks on their hands even without an increased amount of SKUs. You were happy with the option chosen at the time of IGG, and still these three options are all we get. If more RAM is essential to you, you do have an option to increase it by switching to a better model (other than some that would want 32GB, but the CPU doesn’t allow this).
Btw, the SSD upgrade is something they said they will look into, but so far I have not seen a confirmation that that’ll actually happen (the limitation is the availability for the 1TB SSDs).

I believe its the least they can do due to massive delays.

And particularly how you raise the request, I consider quite presumptuous and not very respectful.

Per the photos from very detailed teardown provided by @mirv, the SSD is a PCIe M.2 unit which means it plugs into a PCIe slot and is not soldered directly to the board. The RAM on the other hand is soldered to the mainboard.

You can see more in the photos below:

and a more detailed focus on the SSD and its placement: 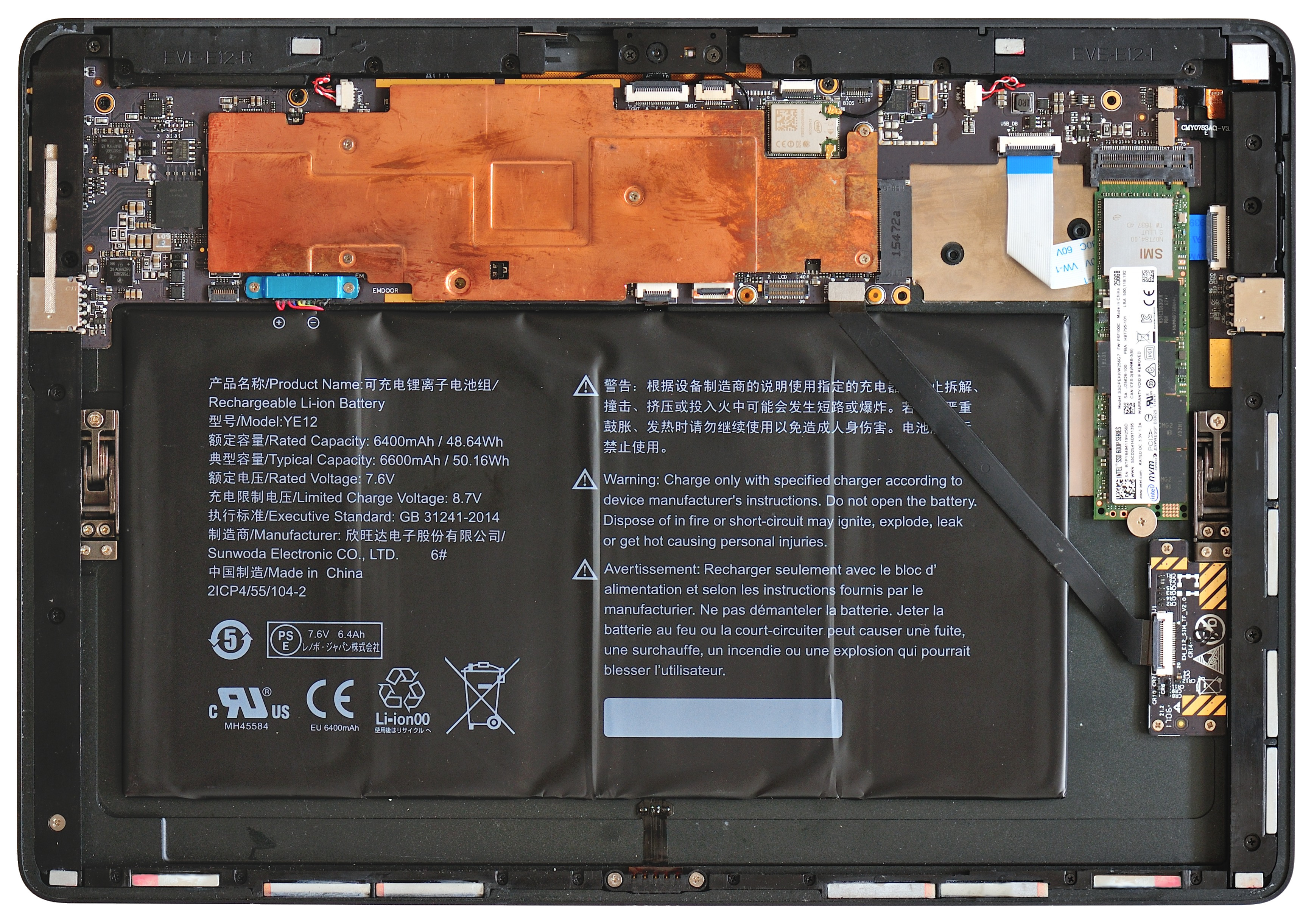 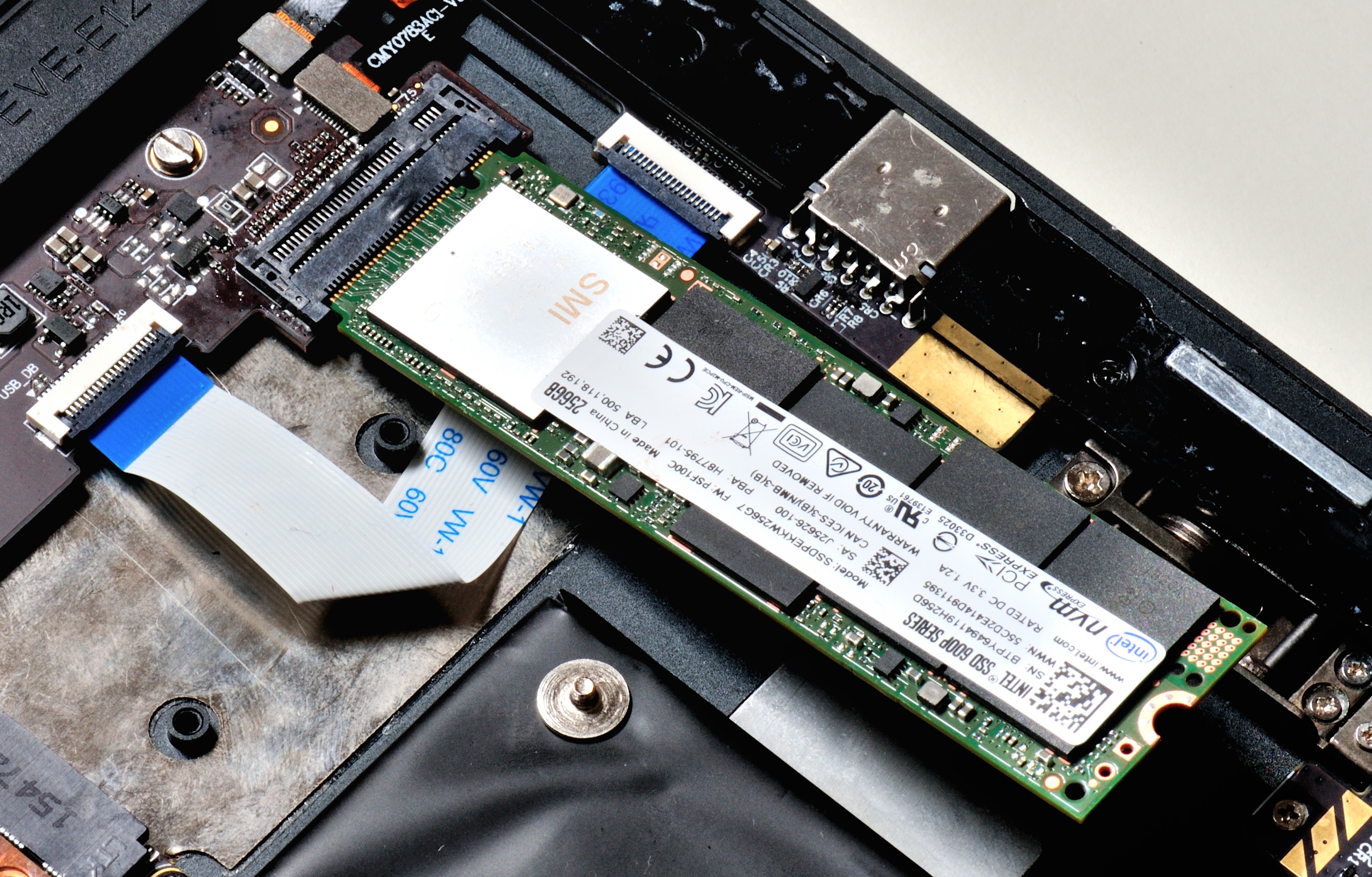 Should everyone get their device personalised to their own taste because of the delay?

you would have manage 18 configurations

And that does not include the different keyboard layouts yet. And I dunno if the chargers count for SKUs too…

I wouldn’t mind waiting to be honest.

I also didn’t know they didn’t offer the i5/16GB on IGG. I find it a bit weird they wouldn’t offer i5/16GB in the first place. I get that its more workload, but i would have thought CPU/RAM/SSD would be easiest parts to upgrade/offer different types for sale.(not like im asking for custom speakers,ports or changes to outlook etc.) I am familiar with the manufacturers EVE uses, i would have thought it would be pretty simple on manufacturing side. Guess not.

Anyway, I see that is technically hard to upgrade as of present times. i thought possibly it could be a plugged in RAM. Ah well, at least i tried and i got a good answer here.

I honestly think 8gb/16gb should be mandatory to offer. As its not possible to be changed by user.

Thanks for clearing it up

So, here’s the official statement from the team!

While I’ve not read your ticket, we tried to ‘upsell’ you on the i7/16GB model, because that’s simply put the only model we have that features 16GB of RAM.

In regards to ‘why we did not offer a i5/16GB model in IGG’ - we wanted to provide clearly defined SKUs and still have a rather low count of them, to keep the overhead low (and thus even be able to offer the reduced IGG pricing)

The m3 for a ‘beginner model’ that can still get work done & a decent entry price
The i5 for a ‘intermediary model’ that has more of a punch and costs a bit more
And the i7 for a ‘workhorse’ that you can throw a huge amount of stuff onto for the ‘highest’ price that is still cheaper than e.g. a Surface with 16GB RAM

And we already went with an 8GB base model on the m3 compared to many companies that throw in
4GB RAM ‘base model’ just to push down the price. (Looking at a big software company that also produces tablets…)

Side note: people shouldn’t really compare prices to surface to prove they are cheaper, as Microsoft deliberately price surface higher to let other companies who manufacture hardware take over the space. as Microsoft is a software company. They even stated it somewhere of their pricing strategy.

Not saying V is not cheap, but not as a bargain compared to other existing 2-1 branded devices. Dell/lenovo/asus.

If you compared to Chinese devices, its even cheaper, as you are aware, you use the same manufacturer as Cube i7/cube mix plus for $400ish. (i know the specs are not as good as V but still cheap considering)

Also i would like to say, i do look forward to receiving my V. Thanks.

And we already had that talk, but an i5 16Gb makes absolutely no sense as it already makes little sense on the i7 version.

little sense in the i7 why?