Unfortunately, that default setting doesn’t result in a perfectly white LED. You’ll notice the LED has a slight cyan tint by default.

Luckily, the LED’s color is adjustable, so we can calibrate it through software to achieve something closer to a true white. 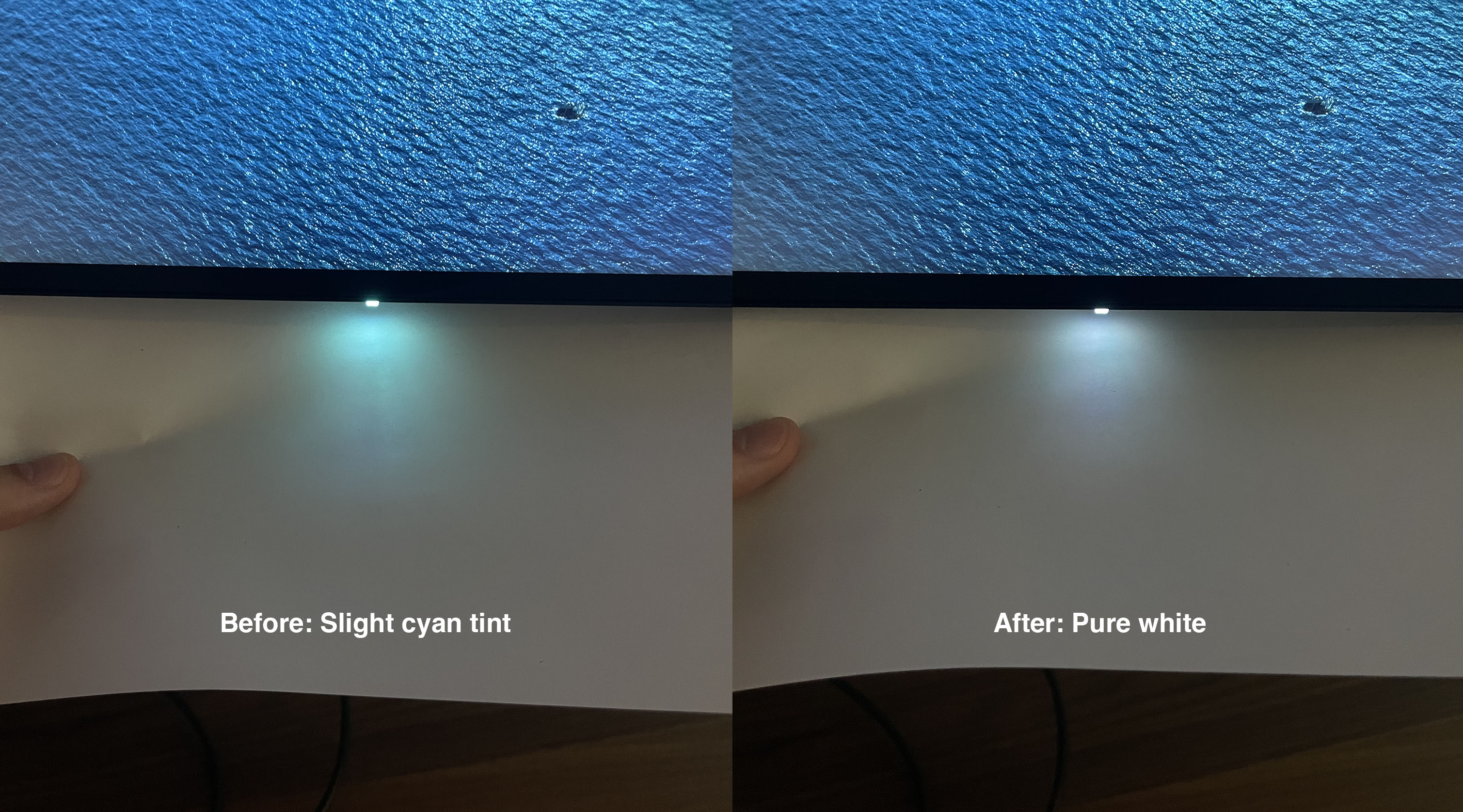 To achieve this look, I used these settings in the “Indicator light” section of the OSD: 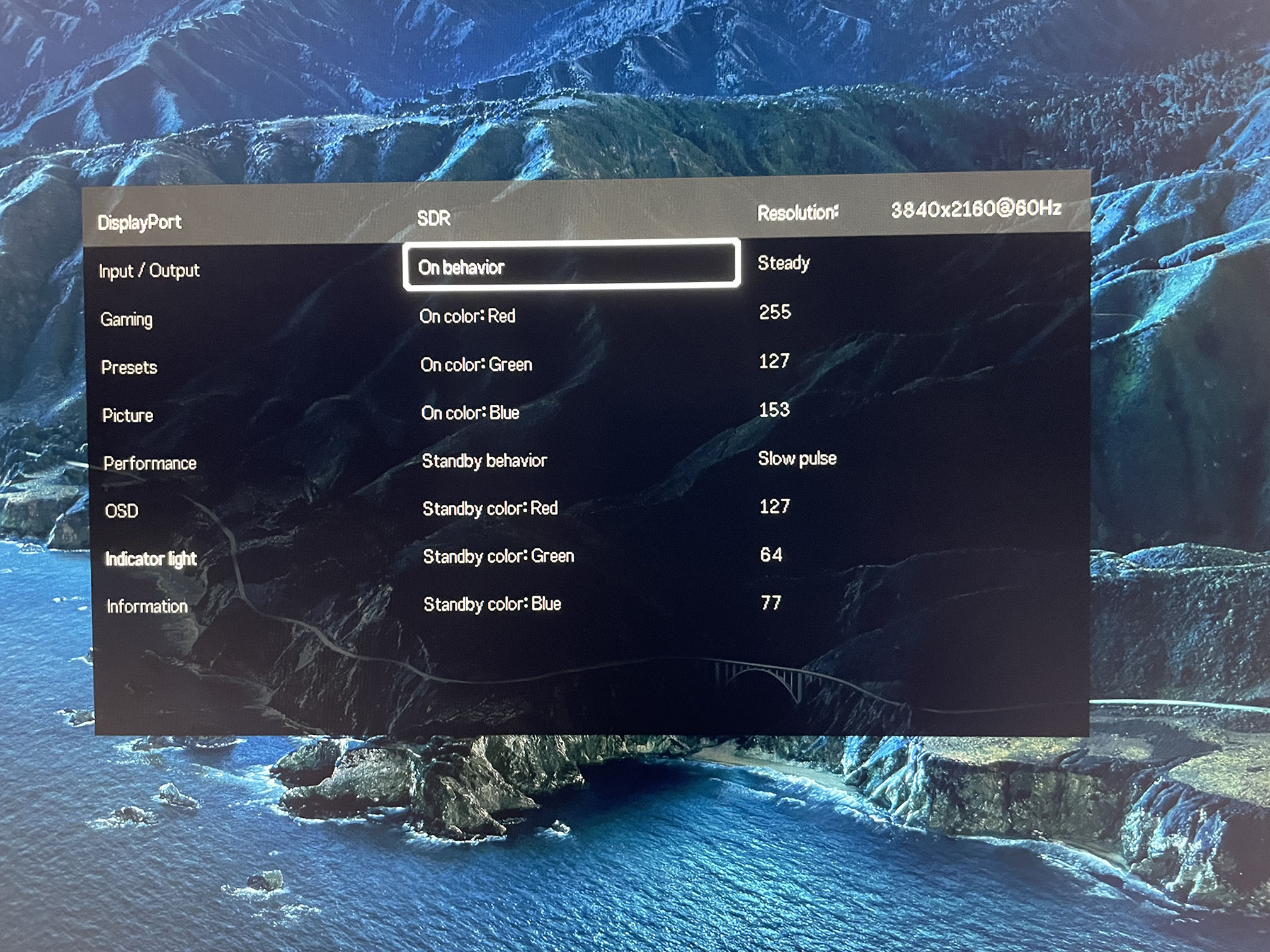 Note: I’m using firmware 105. If you’re using an older firmware, the RGB color sliders might be in the 0-100 range rather than the 0-255 range. If that’s the case, you might want to upgrade your firmware first.

The RGB values I put for standby correspond to half the values when awake. The goal was to have the same “pure white” tint, but with roughly half the brightness.

Note to Eve team:
In theory, this shouldn’t be needed if the LED color was properly calibrated out-of-the-box. While we have a working workaround here, it would be nice for upcoming firmware versions to calibrate the LED better. I have purchased 3 ES07D03’s at various points in time, and they all had the same cyan LED tint out-of-the-box, so it doesn’t appear to be due to a “bad batch” of hardware.

The custom color I’m putting in the OSD is the equivalent of #ff7f99, which should theoretically correspond to a bright pink, not a pure white.

Nice post. I make mine #FF00FF (255/0/255) while on, for a fuchsia color, and I attempted amber for when in sleep mode - but I had to go a bit differently than what the online RGB settings said.

Thanks for sharing your insight!

Coincidentally, I used the exact same “fuchsia” colour for standby!