Only want to make sure that discussions about mobile phone systems etc. can be started now here at Eve.community:
Trekstor opened the campaign for a production of a Windowsphone. 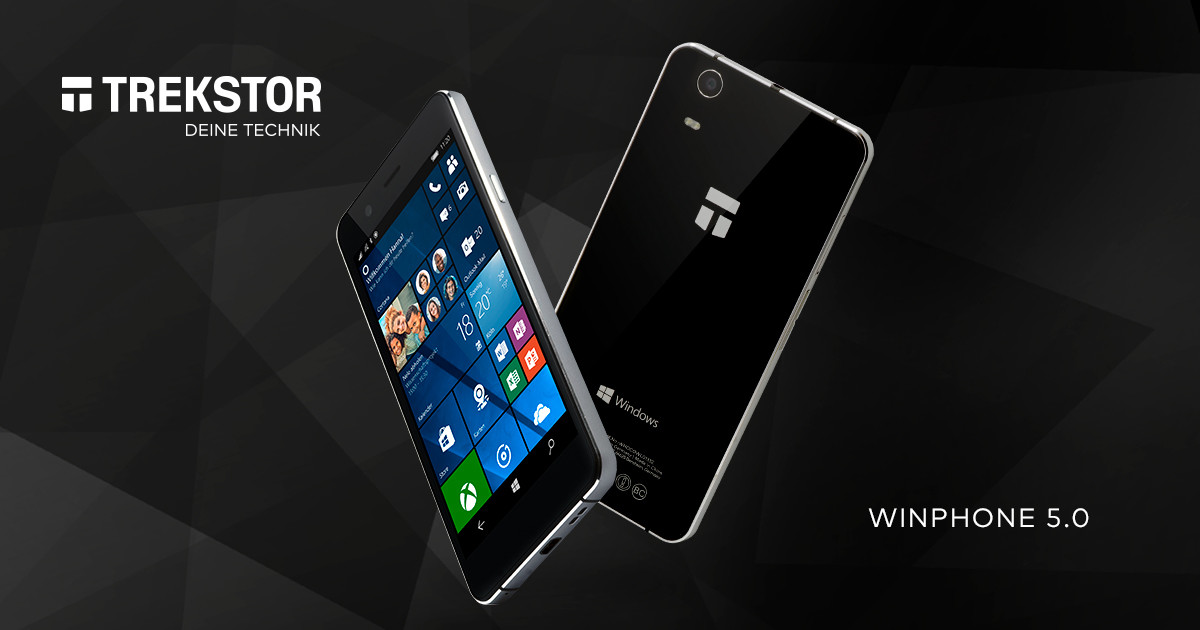 Nontheless, what you are saying, I ordered one. For the sake of having a spare one or my wifes’ Lumia 550 gets too slow…

This campaign will fail for sure. Just 3% (79supporters till this moment) at the first day where the whole MS- press is talking about it. Only 50 super early birds available. It will never reach the 500.000€.

Why would people still follow windows phone ? I mean, we all know Microsoft let this fall over the cliff… Almost no suport left, and almost not tierce party dev left…

I do understand your concern, but let me answer with one word: Security
I do get every month a security update.
And at the moment I do not miss an app - first a lot of things can be done via browser and of course I am not doing a lot with the phone…

In addition: The alternative s are worse. IPhones are expensive and Android is google big brother…

Campaign in November and delivery in February/March … where did I see it last time?

Not bad for the price, but because of the price point, it doesn’t have the main features that made me want a Lumia:
• Qi charging
• Button placement on the right side of the device
• Camera button

Also, due to Microsoft’s continued bungling of anything consumer, I have zero faith in them at this point, and may not ever buy another Windows device after the V. I think it’s pointless to buy a Windows 10 Mobile device at this point.

Unfortunately, I think this phone is DOA.

As much as I’d love to stay with Windows Mobile, it’s not the lack of devices that make me go, it’s the lack of support from Microsoft. If they were building a modern flagship device, then I’d consider it, but if it doesn’t have any benefits over the Lumia 950 then it’s a bit of a pointless campaign (especially since a new 950 can be had for as little as € 250 nowadays)…

I dread the day that my phone needs replacement, because I know that’s the day I’ll shell out a fortune on an iPhone… (Obviously not if it needs replacement due to damage, then I’ll just buy a cheap new 950!)

@Helios, don’t know about your Lumia 950, but my XL has become less and less dependable lately - freezing up more than ever. I’m attributing it to being almost 2 years old, but I never had the problem with my 920. That’s another reason I’m getting tired of Windows Mobile.

Have you experienced this at all?

I’ve not had freezes, though it does sometimes (luckily very rarely) decide to reboot when I want to take a picture. The sudden reboots are an issue my mother had quite often with her 640, usually when opening an app.

Though her 950, my dad’s 650, my 920 and my lady’s 830 never exhibited any real issues.
(Yup. I may have been a great advocate of Windows Phone/Windows Mobile. Back when there was still hope…)

Will you get your money back if they cannot produce it ?

In twenty words or so: No

As a sidenote it’s funny to read people complain about Google being big brother when Windows 10 and Windows Phone 10 both send data in a way that you cannot disable them at all, with enough data points it becomes user identifiable. Oh and let’s not forget W10FU that automatically installs software from the store without asking for permissions.

So here’s the thing. If the OP doesn’t need Google apps or related, the phone will function just fine. And for now, lots of win store apps are there. In his case, if they need Email, Camera, Sms, Phone…all those functions will work and will likely continue to, just like many Android users can still function on OS 2/3/4. And I don’t believe MSFT has actually put a sunset date on the OS.

The credit card will be only charged if the 500.000€ are completed.

I didn’t miss any app as well on my 950xl, expect when I switch to Android I noticed how most of them were old fashion, and almost not update.
About the security update, great for the OS, but how many app you use get really update often ?

And don’t get me wrong, I really miss the good feeling I had with that phone, the user experience.

Despite MS apps that get regularly updated, I have

that’s the ones’ I see at the Moment under updates

I am fairly satisfied…

What’s wrong with Google? You can’t discriminate just because they’re a corporation that tracks your data, since Windows does that too. They otherwise provide a free operating system with regular updates and feature improvements. In my opinion, the Google-owned Android lineups will always have better support for apps and usability than the windows mobile platforms.

Of course I can. Google does not only track but sell the data as well! And that is what Microsoft is not doing. They have a completely different business model. And at least with Windows 10 you have very good control about the privacy settings.