As renovations are ongoing, there will be limited access to the forums. Until things are up and running in full again, this topic will be the place to talk about anything that isn’t related to the official update or crowd development.

Offtopic, but i cannot create a new topic anyway (it sais wrong category - maybe you should hide the “new topic” buttons):

Currently your website is https://eve-tech.com/. That is “Eve Tech (nologies)”.
The youtube channel though is https://www.youtube.com/channel/UCsILW-DiiFN5yrMgipAz1ow which translates to “Eve Devices”.

I also see that the About page has the same “Eve-Tech” branding.

I think having the youtube channel also have the name “Eve Tech”, or “Eve-Tech” would bring a bit more cohesion to the brand Eve.

I understand you’re restructuring the forums but i want to ask you: please please don’t replace discourse with some atrocities like phpbb or the dislikes of it (see xda, snbforums, autohotkey forums).

This very forum (discourse) is one of the reasons i kept coming back to eve.
Eve rything is beautifully presented here and the ease in usability is not something i have seen in any other forum software!

Offtopic, but i cannot create a new topic anyway (it sais wrong category - maybe you should hide the “new topic” buttons):

please please don’t replace discourse with some atrocities like phpbb or the dislikes of it.

That will never happen so long as I’m here.

Though Discourse is not perfect (hence why we’re diverting some of the crowd development surveys to SurveyMonkey now), we have no intention of dropping it as out community platform. @nawthor and myself are quite fond of the rich feature set.

We are looking to update the looks to be more in line with the Eve website, though, looking forward to that! 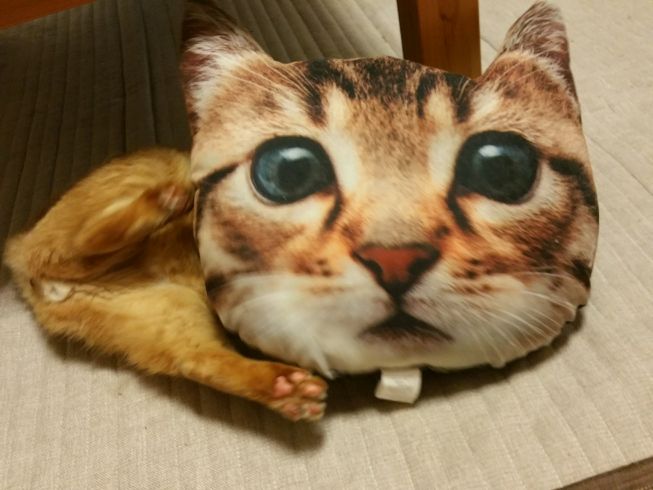 nyancat… That brings back some good memories.

Anyone try Apex Legends on V? With and without eGPU?

Playing it on my V without eGPU and it works fine and fluid so far.
Don’t know the settings at the moment. But I can have a look later when at home.

I finally got my Eve V

but I’m trying to install Linux and have issues.
I know that’s not supported, but I also know there have been people talking about their success running Linux on the Eve V. Unfortunately google just finds pages at dough.community and there I’m just told I cannot see that. Google cache only worked in a limited way and didn’t help me to find answers, nor did the internet archive.

In case someone reads here, who successfully installed Linux, my main issues are around

I found an app I like, didn’t like one note b/c you had to use microsoft that is, onedrive etc…
I found the bamboo paper: Bamboo Paper
and there you can save your notes whereever you like, or export them as a pdf :)…
There are features only available to buy, but the basics, just if you take notes etc or scribble, is free …

And, btw, I’m not very happy with the BT function of the V-keyboard, have a hard time, sometimes it cooperates sometimes not… … I’m using my 1byone keyboard I bought for the SP4…

EDIT 2: While what is described below worked for me, @mow’s method seems to be the way to go

Basically I could switch to grub as the default boot (allowing to then switch between ubuntu and windows) by running
bcdedit /set "{bootmgr}" path \EFI\UBUNTU\SHIMX64.EFI in a windows admin command console.

Just got my V recently too and running Ubuntu 18.10 on it as we speak. I too had issues with getting Linux bootable on the V’s EFI.

Here’s how the way I did it: After installing Ubuntu, the V booted into Windows, so I went into the extended restart menu in Windows or whatever it’s called (hold Left Shift while clicking Restart), select extended options and then Boot different OS or Boot USB device, whatever of the two pops up, for me it was the later. (Make sure you don’t actually have an USB stick stuck in your device).

That should get you into your Linux (if you installed it correctly in EFI mode), from there installed rEFInd from the PPAs. From then on, whenever I boot my V it interestingly goes into the Grub boot screen instead of rEFInd but at least I can boot Ubuntu from there.

Note that the procedure described is what should get it working. I also tried using the boot repair tool from the PPAs but it didn’t change anything, except for another useless EFI entry.

EDIT: As for suspend, I set the power button to suspend my device in the Gnome settings and I can successfully suspend it via the button press and wake it again via keyboard inputs. Maybe that helps.

about BT: I have to watch, I had a huuuuuuuuuuge windows update yesterday (among other things, from 170x to 180x (don’t remember the x) ) and it SEEMS that BT behaves better, … we’ll see

Hi @Gecko,
thanks for your notes.
@Helios provided me access to some linux threads from the community (thanks for that) and I made some progress myself today.

Basically I could switch to grub as the default boot (allowing to then switch between ubuntu and windows) by running
bcdedit /set "{bootmgr}" path \EFI\UBUNTU\SHIMX64.EFI in a windows admin command console. I’m fine with grub, so I didn’t look further into rEFInd.
My biggest issue was to be sure about the path (I was a bit afraid I might make the device not boot at all…). It can be seen on linux using sudo efibootmgr -v.
After that change, one can select to boot ubuntu in the bios efi settings.

Regerding my issue with suspend: I don’t know what I experienced there. It now works out of the box

Seems I did something stupid or just had bad luck.

One thing I find quite helpful, that might be worth sharing, is the ability to use xrandr to half the resolution using xrandr --output eDP-1 --mode 2880x1920 --scale 0.5x0.5. At least for my eyes that makes stuff in linux much more readable and works better than increasing the screen resolution to 200 dpi (as that is not respected by everything in xfce; other UIs may be more advanced but xfce is my choice).

Oh boy, thanks for that. Looks like I played around a bit too much with my boot order as according to the output I’m still booting into the Windows boot manager which in turn seems to be pointing at grub, while rEFInd is completely ignored. Kinda funny considering that it only worked after the rEFInd install. ^^

Also I really hope the eve team are finished soon with the forum rework or at the very list could start incrementally opening up the threads they already worked through as there is still quite some useful info there. (I already have access to three but that’s only a small portion of the eve community’s knowledge.)

good point. Actually I didn’t recheck what efibootmgr says after I made it work, but now I did and it seems I have the same situation.
There is an entry for windows now pointing to the ubuntu shimx64.
If I understand that correctly rEFInd would look quite different than grub and provides a graphical choice. Might be an advantage if that works without keyboard…
If you ran something like my bcdedit above, you could use that to point to rEFInd as well.
I didn’t look into rEFInd configuration though.

So where to I write this?
About keyboard, I bookmarked these two threads…

Hi everyone! Vs are shipped with a quick guide how to use your keyboard, but we wanted you to have a practical video showing some of the basic functions of the V wireless keyboard. Here you go: https://youtu.be/n-muZVpZvGI But we didn’t stop there, here are the basic functions and some extra: Fn Lock You can toggle your function row, from functions shown on the key, to F1 through F12 functions by pressing Fn+Esc This also toggles arrow keys and delete key at the moment. We are working on …

Now…
I have a BT problem. (the problem comes and goes). Question: where do I find the latest driver? In the above threads, there is no real driver-answer… Just to make sure there is no driver problem… I want to make sure everything before having to contact support… :(… really don’t want to do this, don’t want to bother them about things I can do myself…

Have you had any luck with the pen btw? The pen seems to work fine mostly but as soon as I connect it to my V (read: touch the screen with it for the first time) my touchscreen gets disabled and stays like that until reboot. It seems to work fine on Windows so it’s mostly likely a Linux thing.

Hi @Gecko
same here.
Additionally I have calibration issues. The horizontal position is quite off (feels a bit like twice the position I hit) and that gets worse when I use the xrandr magnifiaction. Then also the vertical position is off.
I didn’t look into calibration yet though.
ATM I’m thinking about rather using windows for tablet use (mostly for web browsing). At least until windows habits drive me back to linux.
For use as a laptop the touch screen is not that relevant for me.

I usually just go to intel.com and download the latest one.