That’s the only one I could find:)

Too bad they don’t have a version without simultaneous translation.
You probably understand it all @Konstantinos

4096 level of pressure with tilt and super low latency stylus! Will V be compatible with it?

Thanks for sharing, in the livestream it was zoomed in too far to actually see a lot.
The teaser (=marketing) video sounds promising though… but no USB-C = no buy!

Pretty amazing how they managed to run a Core i5 without a fan, presumably that’s U processor. Even more amazing given they claim a 13.5 hrs battery life.

Tests will show the real life, the video states 13.5 hours.

@DeviceDave Could you -going forward- edit your posts (with the little pencil at the bottom of it) instead of adding additional new posts one line each? This will be easier to read for everyone and it does not look like you are having a conversation with yourself

You know what, I’m not even going to watch a second of that stream. That website almost made my eyes bleed even before the video started playing…

Thanks for the Link, guys.

Seems the leaks was right about the new Surface Pro (2017). I did expect an N-trig technology upgrade since they are the source. @Zhang_Xi Hopefully, it is however I doubted it has full compatibility just like when the SP4 pen is compatible with SP3–(the difference lies withing the digitizer layer inside the New Display.)

These are the changes I’ve seen from the videos (or at least what I care about, lol.) 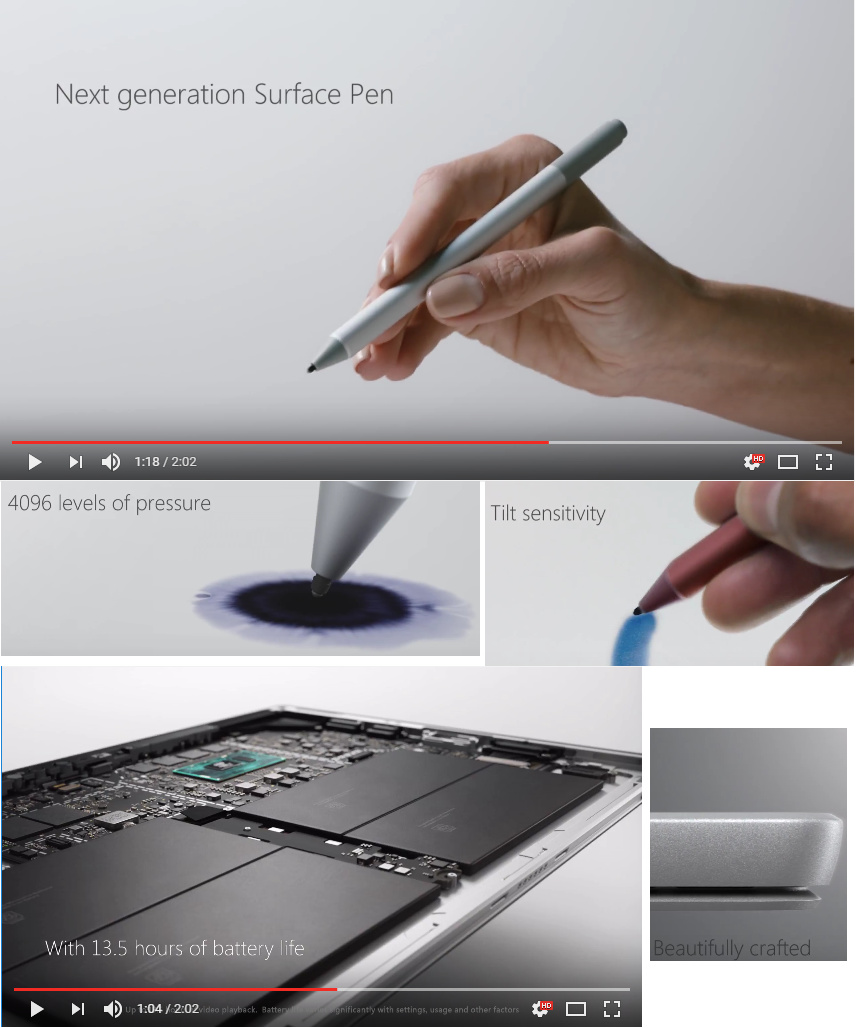 They also teased LTE where the fan used to be. And the translation was a bit loud, but I thought I heard USB-C.

Seems more refined and larger, I guess. They upgraded from 2 stack → 4 stack it would seem; and they occupy more space until they reach the speakers or port-ends. 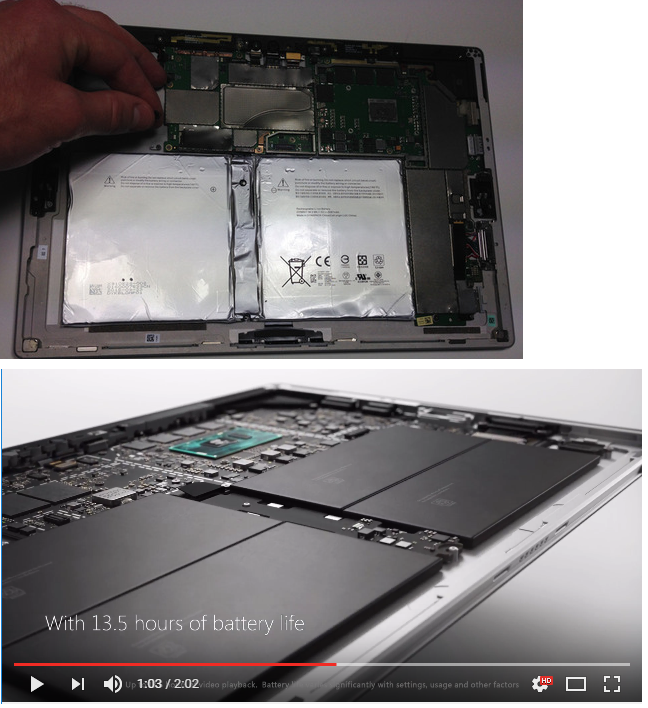 Does anyone know if new surface pen is usable with V or previous surface?

Does anyone know if new surface pen is usable with V or previous surface?

It sounds like it should be, but the sensitivity levels depend on the new digitizer, so I’m guessing the higher levels won’t work.

I have to say, it is, but it isn’t as 100% compatible. This is from Windowscentral, and they say they do, but not with full benefits.

In the Windows Central Hands-on video, they talk about pen-latency being reduced from 45ms to 21ms (very significant), due to: a new integration of digitizer to GPU (in the New Surface Pro.)
So yeah, as I said, I think it will work, but it will be just like using SP4 Pen on the SP3 (only getting 256 instead of full 1,024).

Some how missed in the live stream, but Microsoft have announced an adapter for the Surface Dock that converts it into a USB C connection supporting data and power. No information of whether the adapter supports Thunderbolt.

Here is an official release of the footage: