MS designer mouse is also very good. It is nearly as slim, but has better responsiveness.

The Bluetooth ver of the arc mouse had very bad lag when scrolling.

expensive but if you look for a portable mouse I don’t think you can do any better.

And here’s something different. I don’t have personal experience with this mouse but it does appeal to me. But it’s rather expensive, around 150USD.

If you have multiple devices and wish to switch between them seamlessly, try Logitech MX Anywhere 2.
http://www.logitech.com/en-us/product/mx-anywhere2

If you are looking for the best gaming experience, Razer Orochi is the way to go.
http://www.razerzone.com/gaming-mice/razer-orochi

I’ve tried out all of these mice and found them all adorable. A little pricey, but worth it.

Holy smokes, that is genuinely the most exciting mouse I’ve ever seen.

My only gripe is that its not easy to just “chuck in a bag” like the MS Arc (which I’ve not used but the folding flat thing looked cool). I can totally see that getting wrecked in my bag.

Going straight to check reviews on that thing though.

I second the Logitech MX mice! I have a Logitech MX Master Amazon.com and it’s everything I wanted in a mouse. Bluetooth, so no cords to deal with. Lasts me about a week per charge (built in battery). And plenty of buttons to customize! I love having a dedicated copy and paste set of buttons!

What about SD cards? Any suggestions of what to look for/avoid? brands? Or any specific deals out there?

If you’re really looking for a lot of storage consider the samsung 256gb evo. It sets you back about 150$ but has UHS 3 and lots of storage. I don’t think you can make alot of mistakes if you buy from a reputable manufacturer, but look out for speed classes.

thanks, I know nothing about them. What is UHS 3?

“Ultra High Speed 3”, it’s one of the speed classes. There’s normal 1-10, UHS 1-3 and then another new class, but if I remember correctly it doesn’t make a big difference. I don’t think there is alot of 1-10 on the market anymore, but I would opt for at least UHS. The main difference is write speeds, 10 gives you 10 MB/s, same for UHS 1. UHS 3 is 30 MB/s. The speed class gives you the minimum write speed it can mantain, so anything UHS is also normal class 1-10. Also some UHS 3 cards may give you 80-90 MB/s and still be UHS 3

The main purpose of this is to give the consumer assurance that it’s able to capture certain video qualities and write the data to the SD card at the same time. Hope this helped a bit

I will put a Toshiba Exceria M302 in my V
This is for me the fastest MicroSD-Card (Read and Write) with the best Price compromise
https://www.amazon.de/dp/B01EAKAUUK/?smid=A29B71HOJFAP2K&tag=idealode-mp-pk02-21&linkCode=asn&creative=6742&camp=1638&creativeASIN=B01EAKAUUK&ascsubtag=NDWgwHLlbWp8eIfoHv6cag
Price outside of Amazon starts at ~ 36 € (in Germany) for the 128 GB-Card

There are sometimes very good deals on Amazon.com for SanDisk Ultra microSD 200 GB card. Now is for $69 - I bought it for $49 before Christmas.

The price is nice on this one, I wouldn’t call it the fastest though, considering other cards manage up to 3x its write speed

Nevertheless, it really depends on what you plan to do with the storage on the SD. If it’s just going to be filled up with movies and audio and you don’t mind transfering data for a while in the background and then rarely touching it write speeds won’t matter. However, if you’re planning to write and read alot of data I’d recommend looking at a performance test online before making a purchase

Have you got any experience how it performs?

Trust me, you don’t need it. The SD card will probably end up being your vault for saving downloads or less frequently used apps, and a regular class 10 card is plenty fast for that. It’s not like you’re booting an OS from it.
In general, what you need to know is that class 2 is the slowest (very uncommon nowadays), class 4 is the most common in small capacity cards and slightly faster, and class 10 is supposed to be the fastest and it used pretty much always in high capacity cards. When they decided class 10 is too slow, they introduced “UHS-1” which is even faster. And then “UHS-3”, which is even faster-er

So UHS3 is the fastest you can get, but you most likely don’t need it and won’t notice the difference. My UHS-1 card is quite fast, and when copying files from a computer the HDD usually bottlenecks it.
I personally use Adata because they offer lifetime warranty, they’re waterproof, shockproof, and yes, the warranty applies even after you soak it in water or drop down from a kilometer

. Just keep in mind that soaking it in water erases your data. Personal experience here.

I use the card (64GB variant) already for some time in my Gopro.
There she does pleasantly unobtrusive your service - which I can not say for example of the Samsung EVO’s (without +).

However, I have never subjected them to a real test.
Animated from your question (and an offer of the 128GB variant for 31 €) I have yesterday ordered another card. 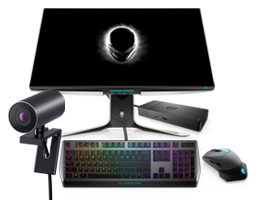