Imagine you are a beautiful girl. I am the weird guy in school that stalks you home.
I have been reading the forums for months without registering for an account, stalking the @team and creators. I am a student in South East Asia and I am really excited for the EVE V. Will sell off my SP2017 to get the EVE V when the webstore opens. In the meanwhile, feel free to ask me anything regarding the SP lineup! (I have the SP3,SP4,SP2017).

Battery life?
How is writing speed on sp17 V sp4? Are both just as usable for class note taking?
Overwatch playability?

it is noteworthy to note that I am using a UAG case for the SP2017. This slows down heat dissipation and cause my device to run 1-2C higher than normal.
There are throttles when I do CPU heavy programs for extensive person of time. I will try and do some benchmarks so you have some quantitative values to work with. However, for web browsing and light-moderate CPU use, the SP2017 managed to keep the CPU cool and boosting fine.

Speakers are a nice boost as well. A little louder and more punchy mids and highs.

SP2017 pen is great, input lag is less noticeable and it feels more natural. I am a biology student, drawing lines to annotate is important. The SP4 has some major jitters when I draw diagonal lines, however the SP2017 pen is much smoother and has significantly lesser jitters.

That being said, I am not an artist and although that 4096 levels of sensitivity is nice (as well as tilt support), the SP4 pen is more than serviceable for my use as a student.

If you do require CPU intensive work to be done and are on a budget, get the SP4 I7.

I answered most of your questions on my last reply. Downloading overwatch now to measure FPS and the degree of throttle.

I have one with an i7 and to my surprise, with that you could play world of warships with low settings pretty smooth. But you are literally burning the battery while playing xD

Waiting for the Usb-c dongle to be released this year to load it through an PowerBar.

How are the 4gb of ram affecting the use of the device ?

I am using advanced system pro system monitor to always keep track of my RAM usage. 4GB of RAM is sufficient for gaming/ office work. I can run lightroom, photoshop and illustrator fine with 4GB of RAM. I find myself more conscious of the programs I am running simultaneously and picked up the habit of closing programs that I am not using. This habit helps me save up on battery life as well.

Well more RAM is always nice, for a multimedia/study tool, 4GB is fine. However, if you are a content creator for whatever reason, 8GB should be a minimum with a stronger I7 processor.

If content creation is your profession but you are in the 2-in-1 market, EVE V with an eGPU sounds like an enticing choice.

The extra boost in price does not justify a 4GB increase in RAM for the SP2017. However I am glad to see that the EVE V base model is 8GB.

Just finished two games of overwatch (won both if you were wondering).
I played on:
1280x800 - Medium 30FPS cap

You can probably push the resolution up or play at 720p and push the graphics up. But at the settings i played on for 1 hour, the SP2017 I5 4GB RAM plays it really well! !

bottomline: SP2017 runs OW fine even without a fan.
bottombottomline: cant wait for the EVE V with my eGPU 1060.

Nice. With a powerbar you can probably squeeze 2-3 extra hours of gaming. What do you use your SP2017 for?

I use it for my studies at university. The i7 is for later wen I need it for the cad part. Sometimes I use it for gaming from my couch or if I am in hotels because I needed to travel for my job.

I hope for one note the battery will last the 8h of university xD that’s the reason I hope Microsoft will release the dongle really fast. 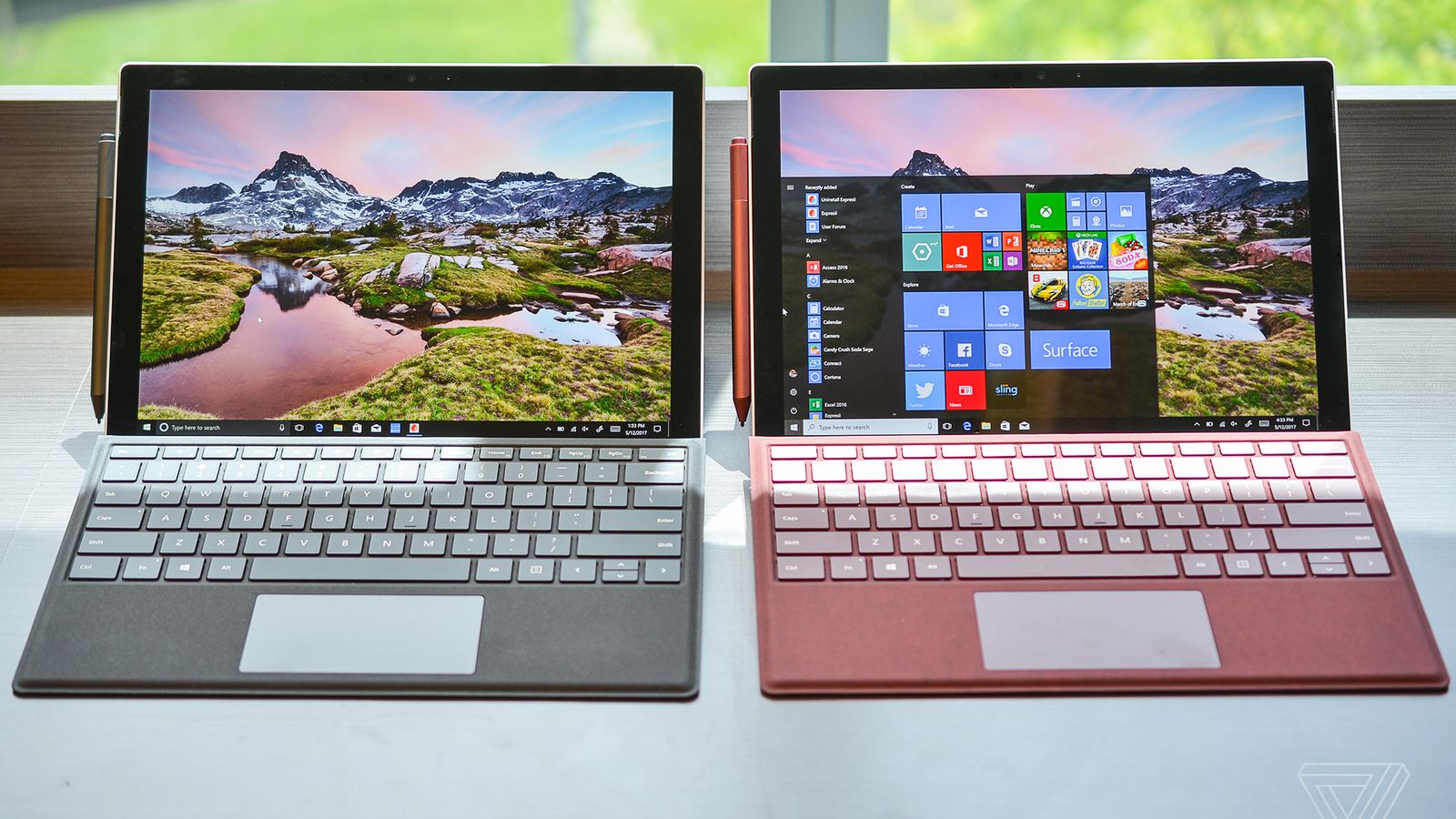 Microsoft’s latest Surface Laptop and Surface Pro devices don’t ship with USB-C connections, and it’s been a source of controversy for the company. "I love the technology in Type-C, I believe in...

icic. onenote works fine for me for >8 hours on power saving mode and low screen brightness. Its a pretty good device.

Hoping the EVE V can last at least >5 hours on onenote.

It has a bigger battery and a lower tdp cpu, I think it will last longer than the surface

It has a bigger battery, lower tdp cpu and a more power efficient display*. I hope it will last longer than my SP2017. Can’t wait to get my hands on one and do a comparison with the SP2017 and SP4.

where are the magnets located and their polar directions regarding the keyboard connector port on the MS SP2107? why are there two ground pins and two power pins on the SP’s keyboard connector port? and why does the first pin (PWR) and the second ground (GRD) according to my multimeter only those two pins is live with 3.77V but on the other hand the fifth and sixth pin, they are totally dead. furthermore which pins regarding the SP type-cover connector are data+ and data-? (3rd or 4th pin)

Not an expert on that specific keyboard or port type, but I think that there is separate power supplied and extra data lines connected for the trackpad as well as just the keys. Remember that the type cover acts as both a mouse and keyboard, and it would make sense to use more than one data/power connection for those devices.

Where do you get all that money? I want some too