Recently I couldn’t wait and just really wanted to see how a 27" 4K IPS panel from LG “looked” so I ordered a LG 27BN88U-B. But I think the IPS glow on it is maybe ridiculous? Here’s a picture at 0% brightness, totally black background, at night and I lowered the exposure: 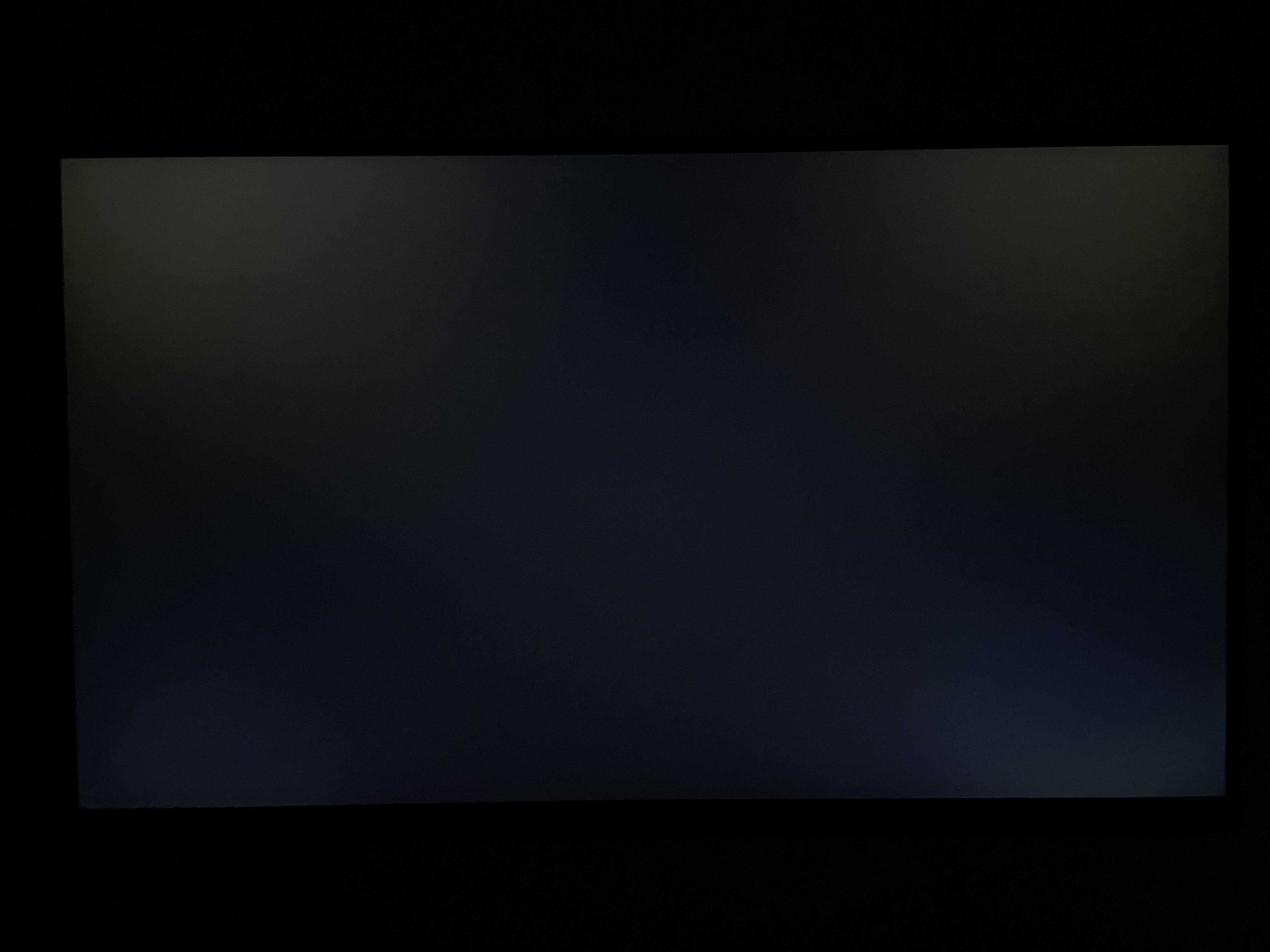 The orange blobs at the top are noticeable over all dark content the higher I set the brightness, and somehow the bottom right blob shows much more to me in-person. Anyways, knowing that Spectrums use panels manufactured by LG Display too, I’m curious to know if it’s as present as this, or maybe the matte coating (or lower quality) of this screen exasperates the problem. I’m used to glossy screens on Apple devices. But my old LG ultrawide didn’t have this problem.

RTINGS did a review of the LG 27GP950-B recently which I believe shares the same panel, and its black uniformity scored pretty badly. Still, in a bright room or with some ambient lighting at night, I wonder if it’s fine. I just really want to use a good 4K monitor for work & games on my PC and MBP 16" that isn’t $3000+

My experience so far for glow/bleed I dont see any(SDR mode).

All of these kinda Panels have this issue. You can stop „researching“ or worrying. If you dont want that then you have to get a Panel with a different technology like OLED for example.

Hmm, true. You know what, after adjusting the brightness and some other settings of this current LG screen I am trying, the issue is not nearly as noticeable as before.

Anyways I just ordered a Spectrum, express shipping. Hope it gets to me before my birthday in October.

Yeah I’m seeing some black uniformity issues. Normally don’t notice it much except for the bottom left of the panel. I do have HDR on though - assuming that could exacerbate the issue a little?

I would wait until the current firmware issues are resolved before considering buying the Eve Spectrum 4K.

I personally don’t see any backlight glow/bleed on my monitor.

However, under HDR mode the monitor is forced into local dimming. Since its 16 vertical zones, you’ll see horrendous columns of lit backlight that follows your mouse. There are 16 zones, but the glow from that fills up 1/4 of the monitor. That imo is worse than any backlight glow/bleed.

Eve are going to look into adding global dimming zones in a future update.

They are going to add global dimming zones in a future update.

This is incorrect. They are looking into possibly adding global dimming zones in a future update. They have not said it will definitely happen.

Yes I have seen this. Makes backlight glow look much more noticeable. While HDR does look good, I may need to turn off HDR to avoid the glow. The local dimming zones are definitely noticeable. 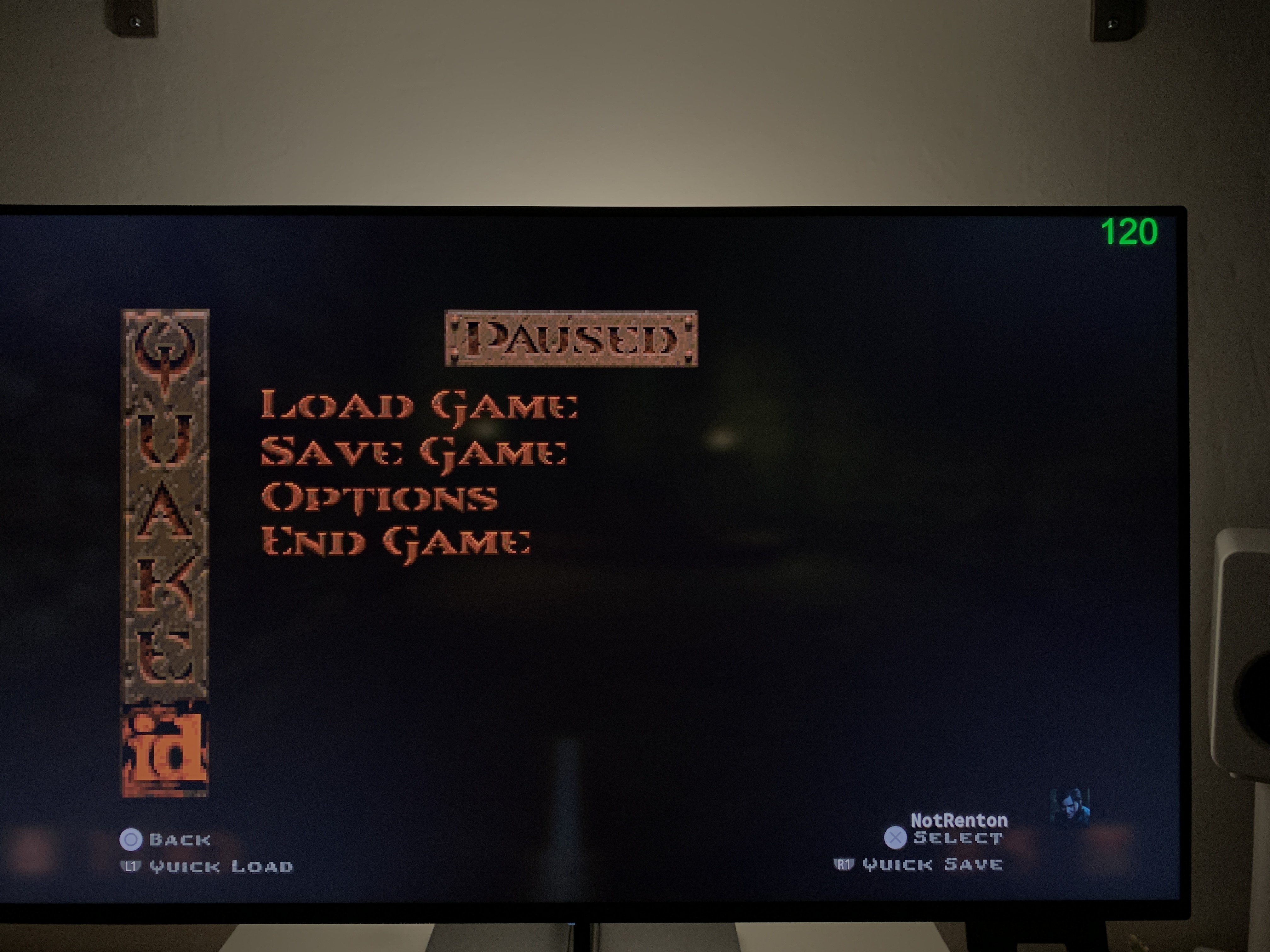 It was less noticeable while playing.

If everything is black its LESS noticeable, you can see columns of glow on the bottom of your monitor.

With fullscreen content like an HDR video, whenever subtitles appear it distorts the colour of anything within those columns. It is very noticeable and jarring.

Yeah, the local dimming when in HDR is really distracting. I usually watch everything with subtitles and I’ve started having to turn them off because the entire image becomes washed out whenever a subtitle appears. Also, as others said if I’m watching video on screen, the local dimming means a glowing column running vertically down the screen follows my mouse or any bright spots in the video image. It’s honestly very rough and I hope they do something to mitigate it in future firmware updates.

I’m also getting the same glow in HDR. You have 2 glows. one small and one large glow. I just have the same large glow bottom left of my screen since the upper left is where my FPS counter is. @Lore_Wonder is the team looking into disabling the glow when turning frame rate counter on in HDR?

Is the team looking into disabling the glow when turning frame rate counter on in HDR?

It is correct. Our scaler manufacturer has likely enabled this behavior to increase the visibility of all OSD elements (frame rate counter and crosshair included), which is not a valid use case for Spectrum.