I’ve had the Glossy Spectrum since August and only now withing the past few days noticed random black screen intermissions, usually lasting 2-3 seconds. I’m running only my PC which is using the DisplayPort with a very high-quality cable. It doesn’t happen super often but within the past week or so I’ve noticed it cropping up as it could be an issue down the line.

Anyone else experienced this?

Intermittent blanking has been an issue with the Spectrum for a while. It’s better than it used to be, but is still an issue for some people.

I know that there’s a new firmware version in the works that might help. There’s been a test firmware for the 4K matte Spectrum that some of us have been using for a while, and that’ll form the basis for the v108 (matte) / v101 (glossy) firmware.

Unfortunately, intermittent blanking is not one of the main issues that the test firmware was trying to target. It’s absolutely possible that the issue is still being worked on, and that a new firmware version will improve things, but it’s hard to say until the release notes come out.

I also had a occasional black outs but it wasn’t bothering me before. Today I can’t run any game, as soon as the game starts it goes black with 1-3 seconds back to the game and goes black again. I have the latest firmware and reset to factory settings but it has no effect.

What system are you using? Are you on console/PC? Is the issue happening only during gaming?

Today, these random black screens start to be a bit too much, don’t let me work for more than 10 seconds, and black screen, and the only thing that fixes it, is turning off the screen, then turning it on, but then 10 seconds or so and again, and again.

By the other comments, I don’t see the system or connection use in the monitor matter, I’ve been having the issue with MAC or PC, using USB C, or DisplayPort or HDMI. Being in Mac with USB C where is the worst.

Normally I have my MAC connected to this monitor and a Samsung and only this one goes off, so is an issue with the monitor. Funny enough this comment is taking me several minutes to write, since is turning off on me!

So if a firmware will not fix it, what it will?

I get the same problem from time to time myself. If it happens its usually once a day at most or once in a month in the best cases. Blanking issues can always be tied to either cable quality, source, or sink devices, so it might be your GFX card aswell. Its one of those things that can be very hard to nail down.

On the beggining it was only during gaming, but now it could be anytime: while browsing, watching youtube, gaming. Is there any solution to it?

Have you tried adjusting the VRR setting, and see if it helps your case?

We have a lot of reported issues when having the VRR setting enabled, so I would like to know if the same happens to you as well. At least by confirming this, we can narrow down the source of the issue.

@eyeswillbehappy Something I picked up from the Firmware thread a number of weeks ago was that some folks have had a more stable experience when running the screen at 120hz (rather than 144hz).

I’m connecting my matte 4k monitor to a 2021 M1 Max MBP via USB-C/Thunderbolt and have barely noticed any black screens since switching to 120hz. I use Better Display to manage display settings, which I highly recommend!

I do have VRR off, but I haven’t tried reducing the refresh rate to 120Hz. Will try and see if that would help.

Until recently both my Spectrums (Spectra?) were on firmware v102, connected via HDMI (Eve/Dough cables) to an RTX3070 card, and both blanked at random, although usually it was just one at a time. The display would nearly always return fairly quickly but occasionally I had to cycle the power.

A few weeks ago I did a major software rebuild of my PC and decided it was about time to upgrade to v107 firmware. Thereafter the blanking was much more frequent, often affected both screens and was much more difficult to recover from. I had a suspicion that having two screens might have a bearing so, for a while I ran with a single monitor and, indeed, the problem was less severe but it didn’t go away.

So, time to try something else, and I changed back to a single monitor but this time using DisplayPort (8k capable cable). I experienced no issues so bought a second cable and reconnected the other monitor, after which I haven’t so far seen any blanking problems. What’s more, with the monitors’ inputs set specifically to DisplayPort I also get to see the bios screen when first booting up the PC.

I have actually a hard time answering this thread as my screen went black for at least 15 minutes with a occasional seconds of showing my desktop. Nothing in particular was running - browser, discord, telegram etc. No games or any other visual heavy workload.

Btw, I have used my old monitor for a couple of days prior just to make sure that isn’t my pc issue and it was working great (not 4K great ofc).

I have captured a screen flick around 2:10 mark and then it went back to black.

Please note that I have my keyboard, mouse and webcam connect to the monitor usb hub → you can see keyboard backlight blinking as well.

I’ve turned off PC and monitor completely for around 1h and now it is working.

Hey @Cas do you have any suggestions what it is possible to do to fix that issue?

Your router next to your monitor is a very very very bad idea and probably the cause of your troubles.

well, it’s there for 4 years already and it was working all good all the time with other monitors 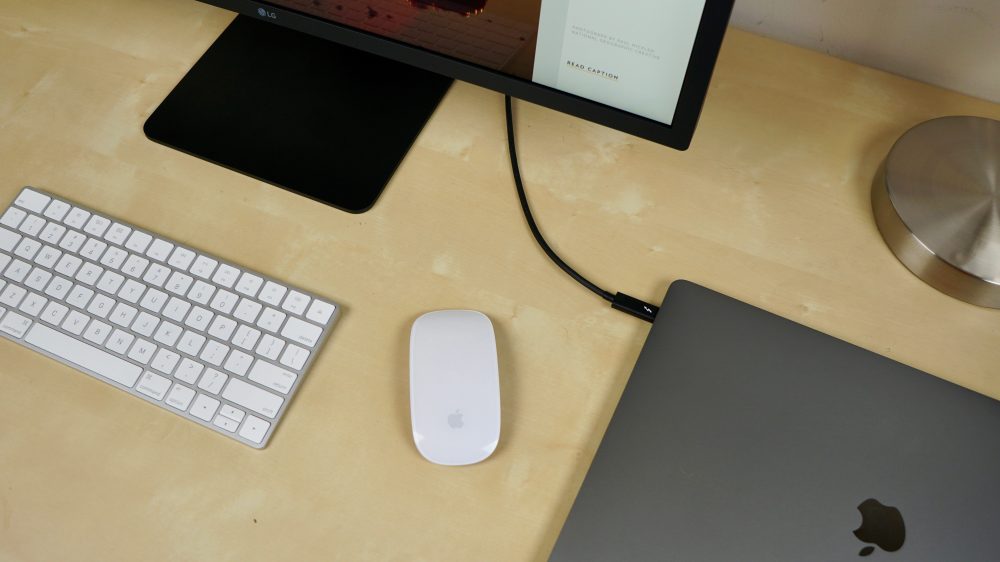 Earlier in the week, we reported that the LG UltraFine 5K Display can be effectively unusable if placed near a Wi-Fi router with some kind of radio interference causing the monitor to regularly black out and hang the...

I would love it to be a problem honestly. Sadly, when turned off I see the same issue, so I guess it is not wifi issue tho.