Protecting Eve V from fall when in use

I cracked my Surface screen today when it slid down my leg and the corner struck a tile floor. It did not fall hard, far, or fast. It probably would have survived if the perimeter of the case had been encircled by a protective bump strip similar to what is available for cell phones. I completely understand the difficulty in protecting the perimeter. There are ventilation holes and holes for USB and other things. The bottom of the perimeter is where the keyboard attaches. It is far easier to be dismissive of my suggestion than to accommodate it. There is an Otterbox case for the Surface. Without some type of protection, people are going to have screens break. This is a real problem.

Sorry to hear that!

I totally agree that having bumper like accessory would help greatly. We will definitely start working on new accessories once V is shipped!

I’m kind of worried using it in lap mode, where the single greatest weak point is the connection between the keyboard and the V. I’m not sure how strong the magnets are, and if I tug the wrong way, I wonder if the V will just detach and fall. Maybe in future iterations to have a sliding lock of some sort to lock the keyboard and V together?

A good sturdy bump case would be really good to have for the Eve V. I bought my Surface Pro 2 because of its Wacom digitizer, but I quickly realized that the SP2 had virtually no cases made for it, never mind ones with lots of thick padding. so what I ended up doing was taking the bump case from a Motion Computing LE1700… 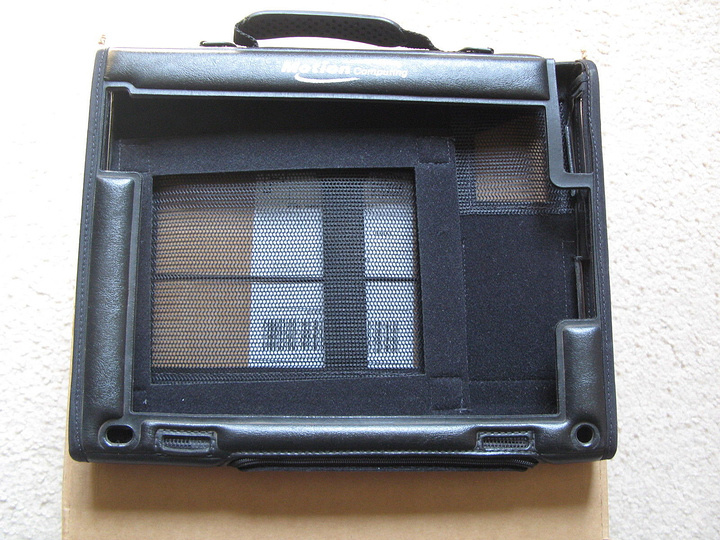 and cutting it down to fit the Surface Pro 2 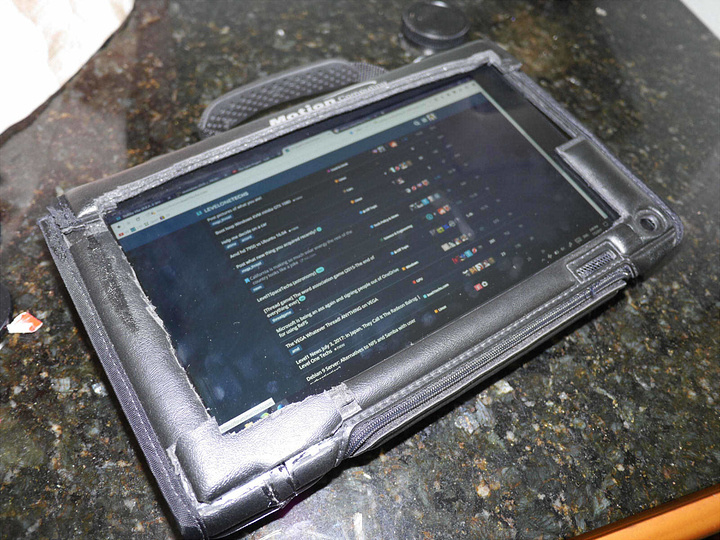 With a lot of products, even ones from giants like Microsoft and the like, there usually isn’t a very large aftermarket for the first couple of generations of a given product line. Those aftermarkets are usually where you get the heavy-duty cases for tablets. I don’t mind carving up another LE1700 case for the Eve V as well, if that’s what I need to do to get that level of protection, but not a lot of people are willing to go to such lengths, and having a first-party option for the Eve V from the get-go would be good.

Sturdy as the Eve V may be manufactured, this isn’t a magnesium-framed IBM T60 we’re talking about, where you could cave an assailant’s head in and go straight back to work. This is a thin, light, sleek aluminium tablet. Like it or not, it’s fragile, and people are going to treat it that way unless they have something that can do a good job of protecting it from normal use. Drops, spills, being shoved in a bag by someone in a hurry, you all know what these devices go through.

Regarding the magnets detaching after an unintended movement, that’s what happened to me. There’s another scenario that almost happened to me. I was in class sitting in an auditorium seat with a fold down partial desk. Those things are small. The Surface fell when the kickstand went past the edge of the desk. I caught it, three times that day.