It’s been a while since we’ve gone in-depth on the new V. Sure, we picked at some small topics like pen clips and key layouts, but now it’s time to return to the big picture. We’ve been hard at work behind the scenes to make sure our design fits all the components and looks great, and now it’s finally time to show it off to the world!

We could talk about it at length…

But really, wouldn’t you rather we get right to the visuals? Let’s have a look at our industrial design before we go into more detail! 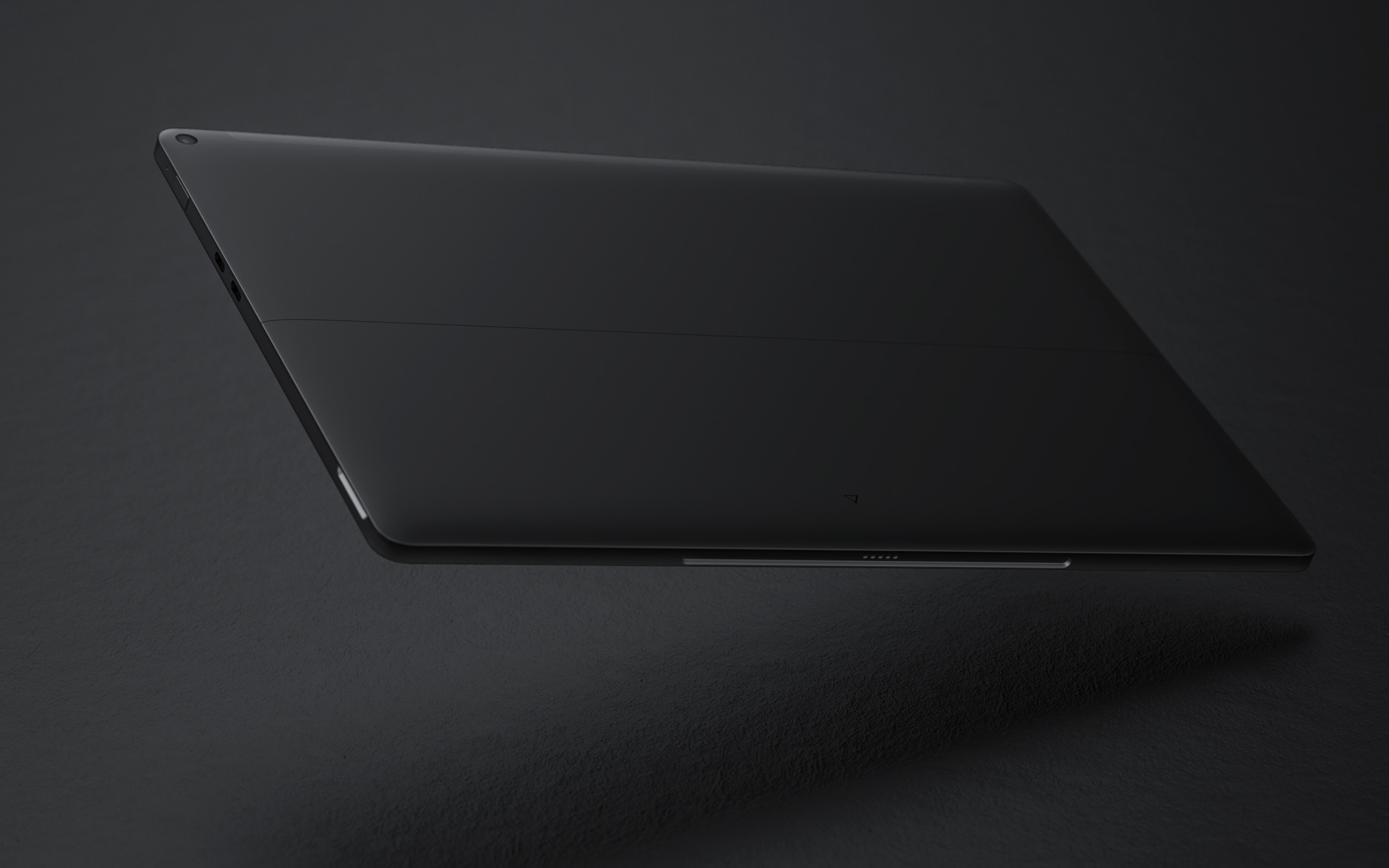 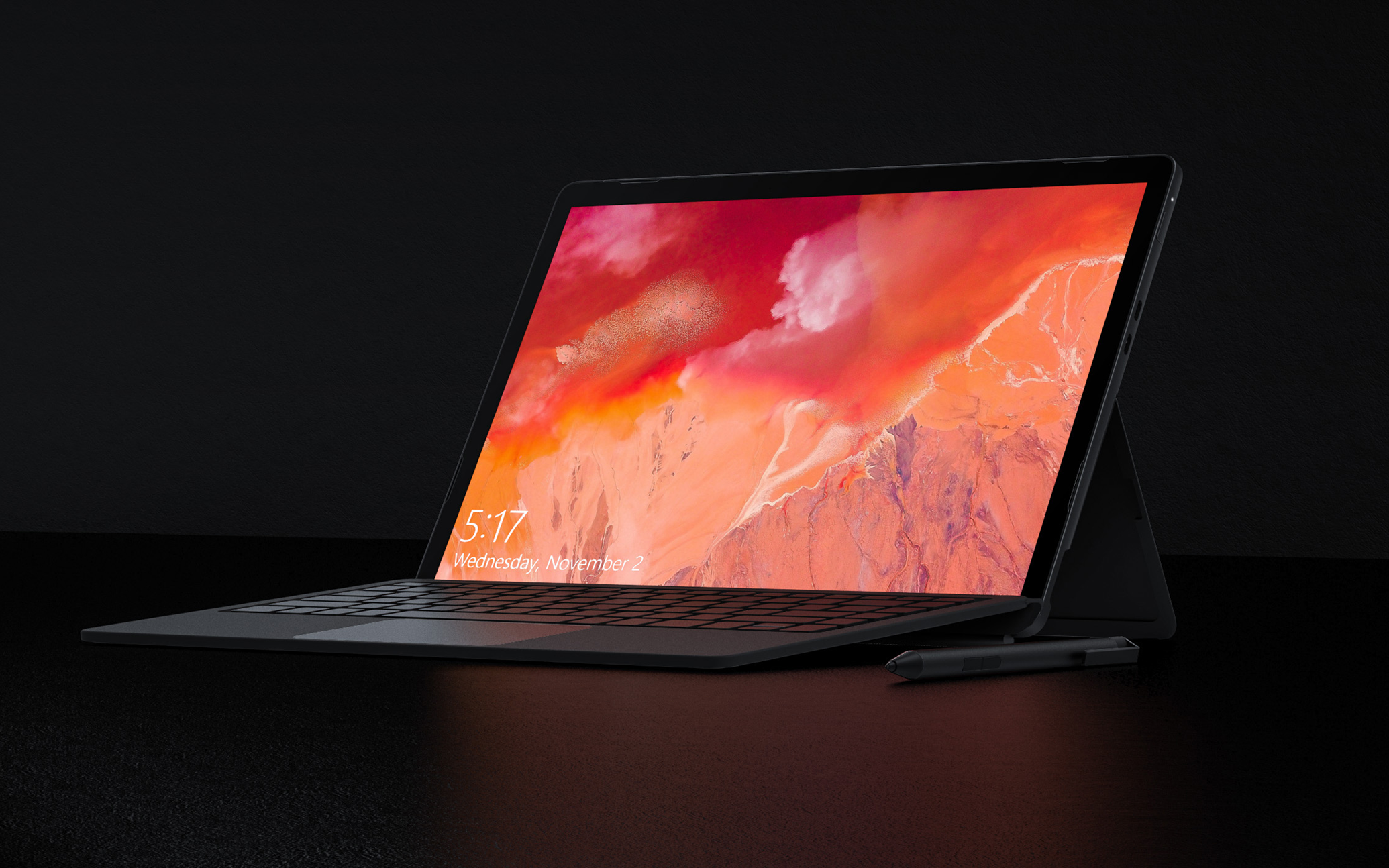 The display was one of the most popular and eye-catching features of our first-gen device. We’re sticking with panel supplier Sharp and their IGZO technology, but this time around we are stepping it up a notch. Higher contrast, higher brightness, and HDR support, are just the beginning.

After reviewing community feedback and the panels available in the market, we settled on a slightly larger display at 13.4" with a 16:10 aspect ratio, which is also used in some Dell XPS devices. A FHD+ panel allows us a better price for our entry-level models, and a 4K UHD+ panel provides exquisite sharp images at the higher end.

As we —pardon the pun— touched on before, Wacom’s AES 2.0 technology will ensure a great pen and touch experience. To top it off, we’re working with Corning to make the cover glass as robust as possible. 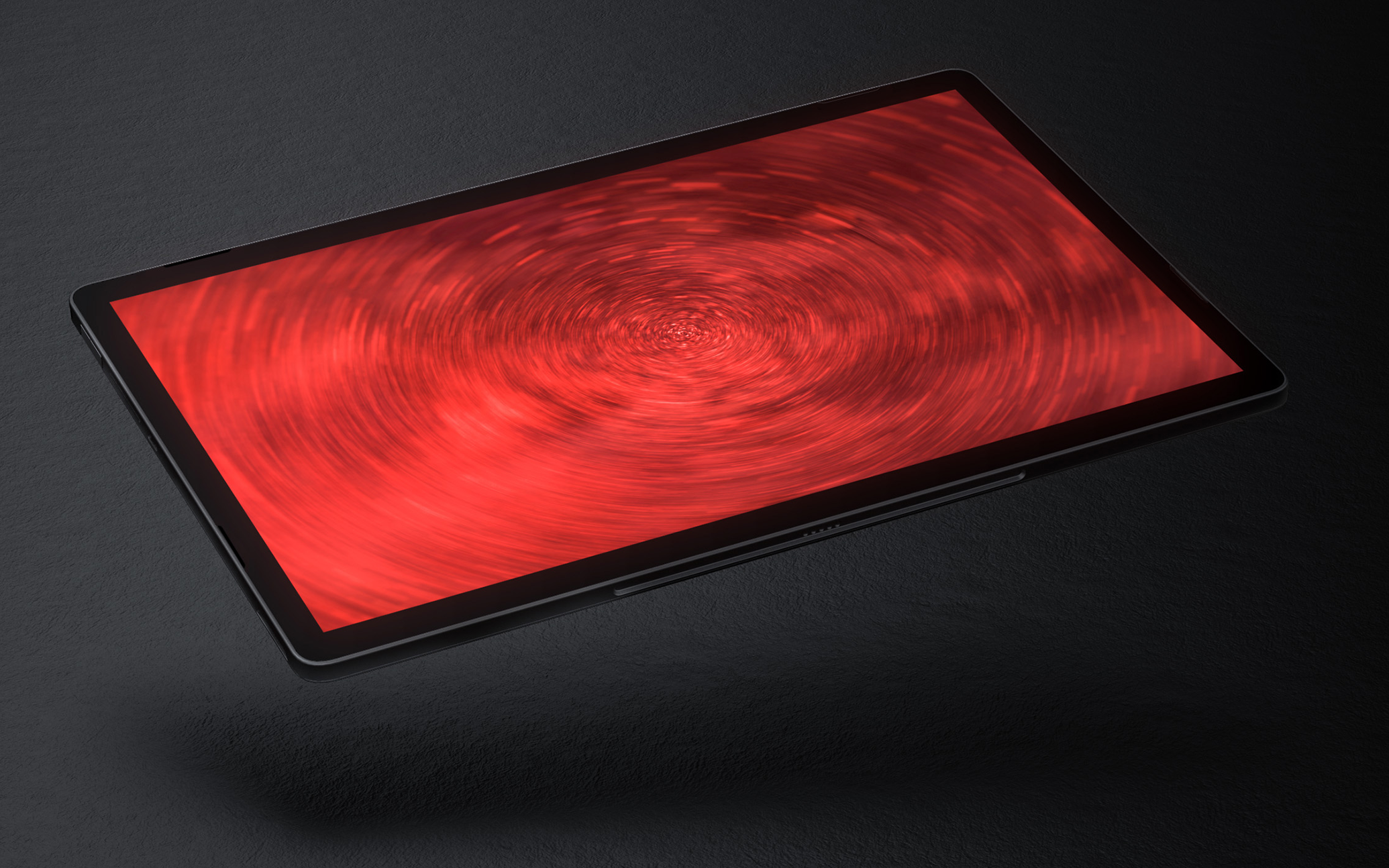 When we covered ports before, we expected to use updated versions of the first-gen V’s ports. Then during the design process, we put a question to the community about ports and bezels, and the survey results really surprised us!

When we developed the first V back in 2016, USB Type-A ports were still the standard across tablets and laptops, and there were even some heated discussions in our community about the usefulness of Type-C. How times have changed! When we asked you about the ports back in March, USB-A ports were still on most people’s wish lists. But when we gave you an option in July, a lot were willing to trade them in for thinner bezels! As a result, all USB ports on the new V will be Type-C. Two of them will support next-gen Thunderbolt, and a third port on the opposite side of the device will only support standard USB.

The micro-SD card reader has been moved to a tray that also provides a spot for a SIM card. And we still have an audio jack, because you’ve made it clear that that’s still something you guys want!

When we designed the first V, its kickstand could open up to 150° which was in line with other devices of its time. But a certain competitor soon increased the maximum angle of their stand, and feedback from both customers and the community showed that you wanted more from the V as well. The new V will use new hinges, allowing stepless adjustment of the the kickstand of up to 170°. This change should be popular with artists and other pen users! 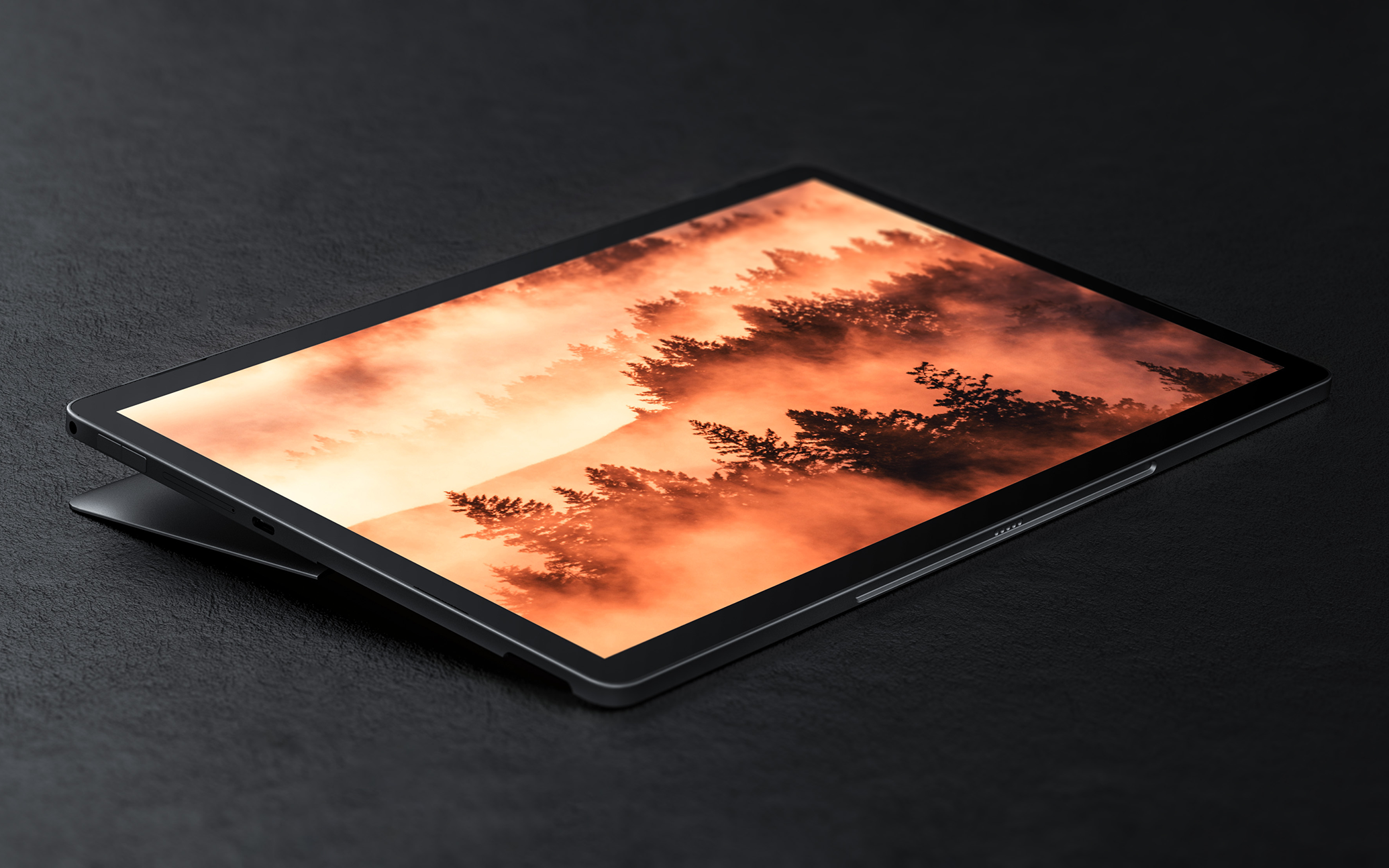 As awesome as our first V was, the speakers never won it any prizes. With driver- and firmware tuning we were able to get decent sound out of them, but there’s definitely room for improvement in our new device. So we’ve stepped up our speaker game!

One major change we made to the speakers in our new V, is that they are now front-facing. The sound comes out of the device straight at the user, instead of being shot out of the top, away from you.

Something we haven’t mentioned yet, is that we’re doubling down on improving sound quality by adding two dedicated speakers for lower frequencies in the bottom half of the device. We’re also working with our speaker supplier to ensure we dedicate enough space to acoustic chambers, and are looking into third-party specialists to help us tune the sound, so that we get it right straight out of the box. 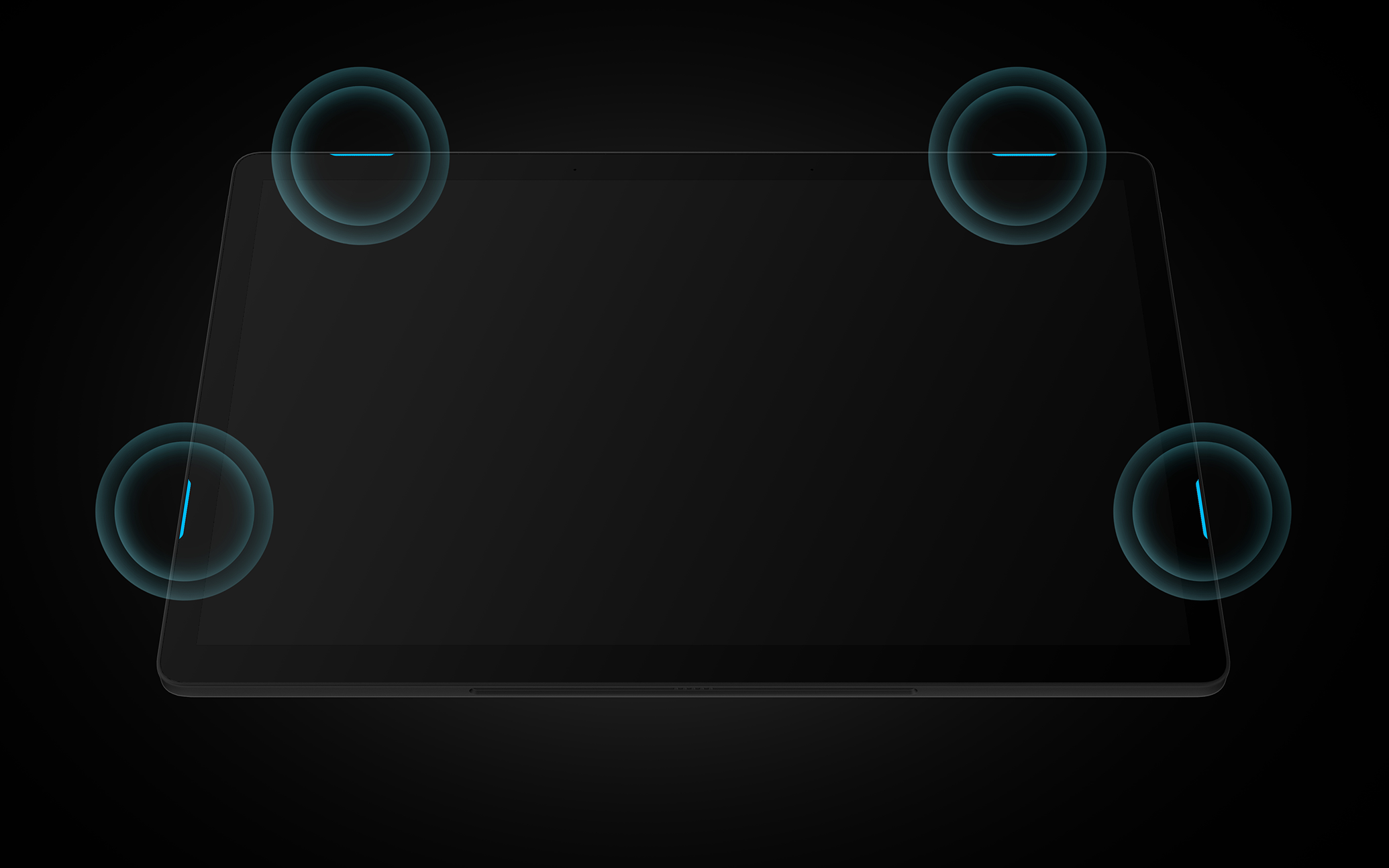 With the new Intel Tiger Lake CPU, we’re providing a lot more processing power than with the Kaby Lake chip we used before. Generating all that power takes more energy and produces more heat, which introduces the need for active cooling. The old V had speaker holes at the top. This time around, the holes along the top are our cooling exhaust, keeping the CPU cool to get you maximum performance! 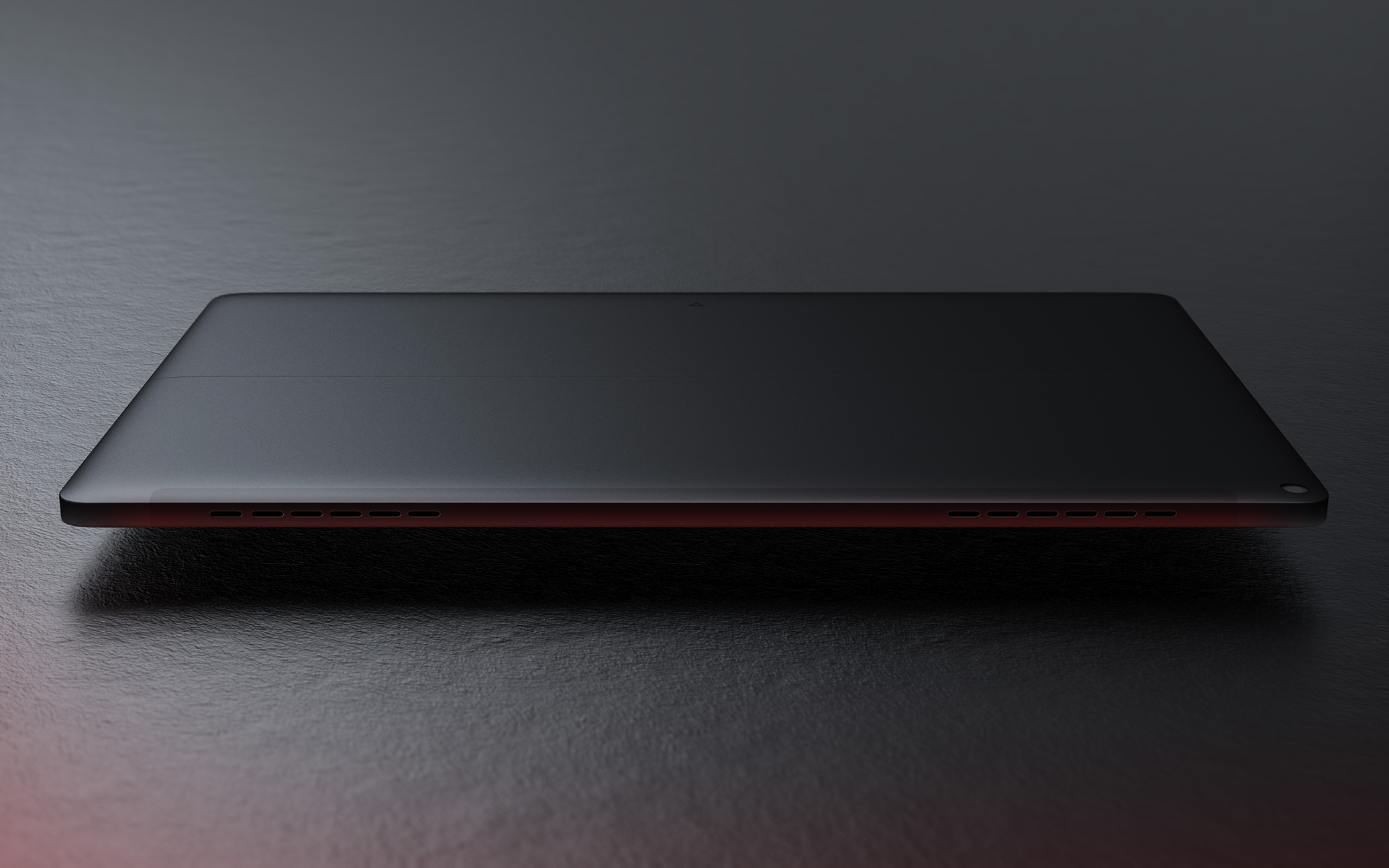 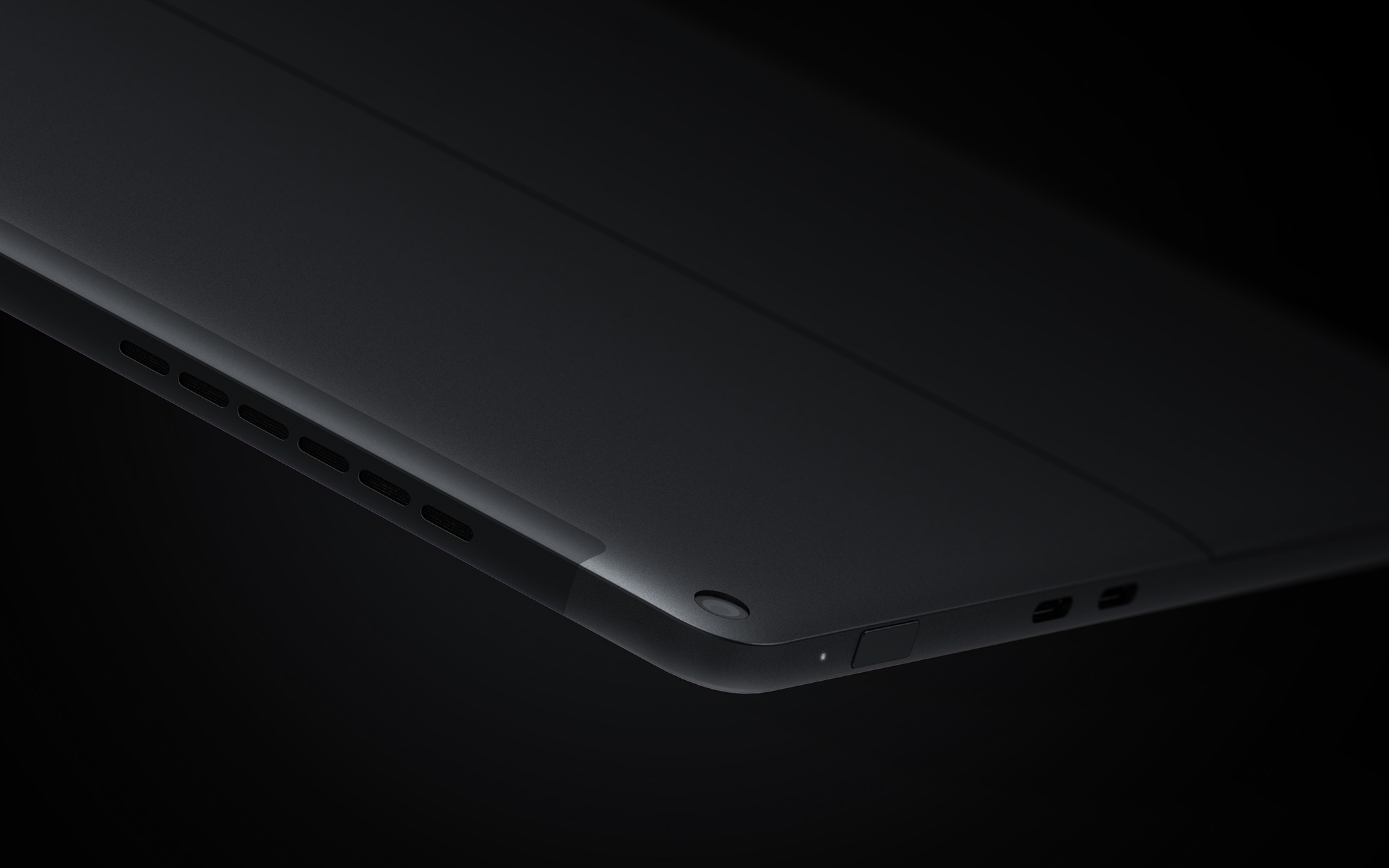 With all the effort our design team put into the new V, we really wanted to focus on the industrial design for now. But don’t worry, we have a more in-depth update with what changed on the inside coming up!

If this comes to reality I will shit on my concerns against fan driven devices. I’m totally in love with this design and all those news!!!
Where should I send my money?

Love the decision on speakers, not so much about the loss of USB A. I have so many accessories that use it.

But all in all looking really good!

This looks amazing. Nice work
Cant wait for more news on it

Looks very nice. I am a little disappointed that intel is inside.

All good news but…
… I want to know about the keyboard. That has been a MAJOR pain point to me.

The render has a similar layout to HP’s ultrabooks, with the end, home, etc. keys as an extra column on the right side… Possibly the worst layout, imo.

Beyond that, love how it’s turned out. Very sleek.

Would also like to know about serviceability of the fan, and what decision was made on storage.

Will the non-thunderbolt port still allow charging?
It would be really, really nice to be able to charge from both left and right side.

On my 1st gen V there are 2 USB C ports, one Thunderbolt 3 and other is regular USB, and you can charge the device with either one. Having all ports USB C is great! and since they’re on both sides, it will allow charging on any side you want!

Tiger lake is supposed to be better in graphics performance than ryzen 4000, but we’ll have to wait and see how the cooling is in the new V and if they still use the lower Power Y-series CPUs.

I’m currently working on an old Vaio Z streaching it’s last legs in hope i can hold out till this comes to market. By the looks of things I wont be dissapointed!

The Design looks pretty cool…Love the new features…Nice that the Kickstand opens more. Front facing speaker…Love it. Active cooling…would be better without but for the sake of performance, i can live with it. Do I miss USB A…Yes I do! That was one of the biggest arguments for my first V…Still too many USB A devices…But if the majority doesn`t want it…okay.
But definitly consider getting one…
Keyboard on the old is broken and it makes still a good retro gaming station.

That’s a Surface beater if you can overcome the problems of the V! in relation to hardware (fingerprint reader, battery) and firmware updates. I’d love to own one of these if you can assure me that the dependability and support will match Microsofts forthcoming SP8.

I’m willing to set aside my preference for USB A for the sake of a more streamlined bezel so long as the tablet can be held in the left hand comfortably for a reasonable period of time without the thumb creeping onto the desktop and hitting icons. That’s an example of where software support (palm rejection) will be vital.

Imo that’s the best layout. I’m a writer so I use home, end, page up, and page down keys all the time. It’s so much better than having to press Fn + arrow keys.

However I really miss USB type A. I understand the decision but some of us still have many USB A devices

Wow, looks fantastic! Sleek and beautiful. The display was one of the best and now it’ll be even better! I love how there will be four front facing speakers and they’ll be tuned by Dolby or Harmon or AKG for awesome sound. It’s good that the kickstand has been improved. Since it’ll have more powerful internals, it’ll need all those vents for cooling. What I would like to know more about is the keyboard, which was the only thing I would complain about, I had two of them break, so I’m really hopeful that it’ll be super durable in this version.

This look awesome and the timing is almost perfect. I dropped my original eve-V and cracked the screen

Now I don’t have to consider repairs as I can live with my Samsung Tab and Chromebook in the short term!

Loving the minimalistic approach! Wasn’t initially interested in the Eve-V but after being part of the community for half a year due to Spectrum I’m actually really excited to know more about it!