Earlier our Community Editor Nick (@Techmo) reported our hands-on impression of a new V EVT prototype. Now that our team has completed reviewing the development sample, here I bring you a handful of meaningful discoveries behind the scene.

We carefully tuned the speaker via Realtek Audio Console to provide a reference point for our engineering team to improve the default music listening experience. Clearer tune separation was achieved with a few up and down tweaks to the equalizer. We recorded a before/after comparison video using a microphone plugged into the prototype; have a listen yourself and see if you can tell the difference!

Moving forward, our engineers will focus on optimizing the sound balance and sound stage based on our recommendation.

Modifying the power level at which the prototype’s CPU runs is as simple as entering two sets of numbers in its basic input-output system (BIOS). 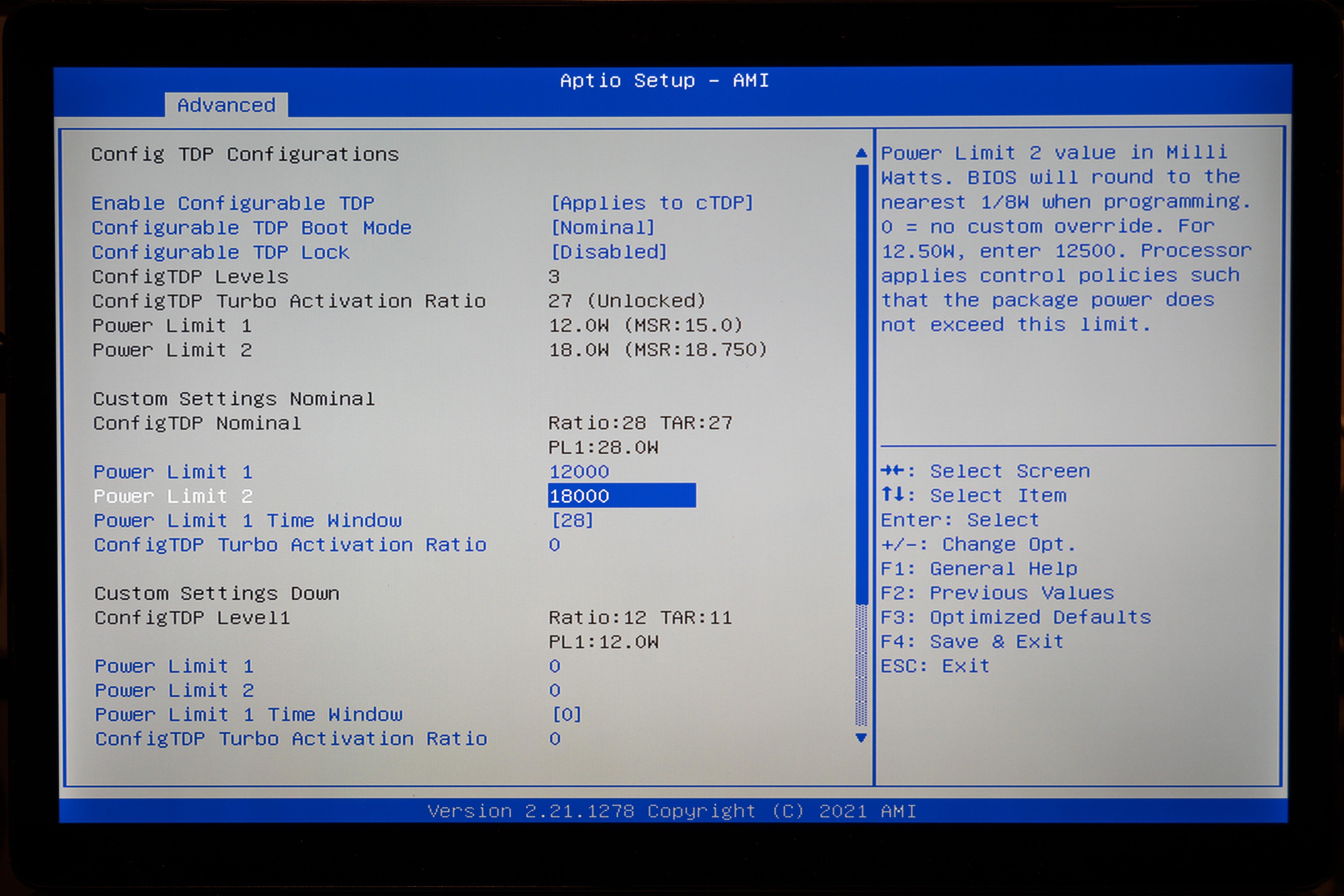 Combined with adjustments to the firmware, these settings will allow us to provide great presets, such as complete silence and maximum performance. We will preserve as many options in the BIOS for advanced users as possible to allow them to dial in their ideal settings to best match their use case.

The prototype comes equipped with a two-point linear fan profile that allows adjustment to its start- and endpoints. 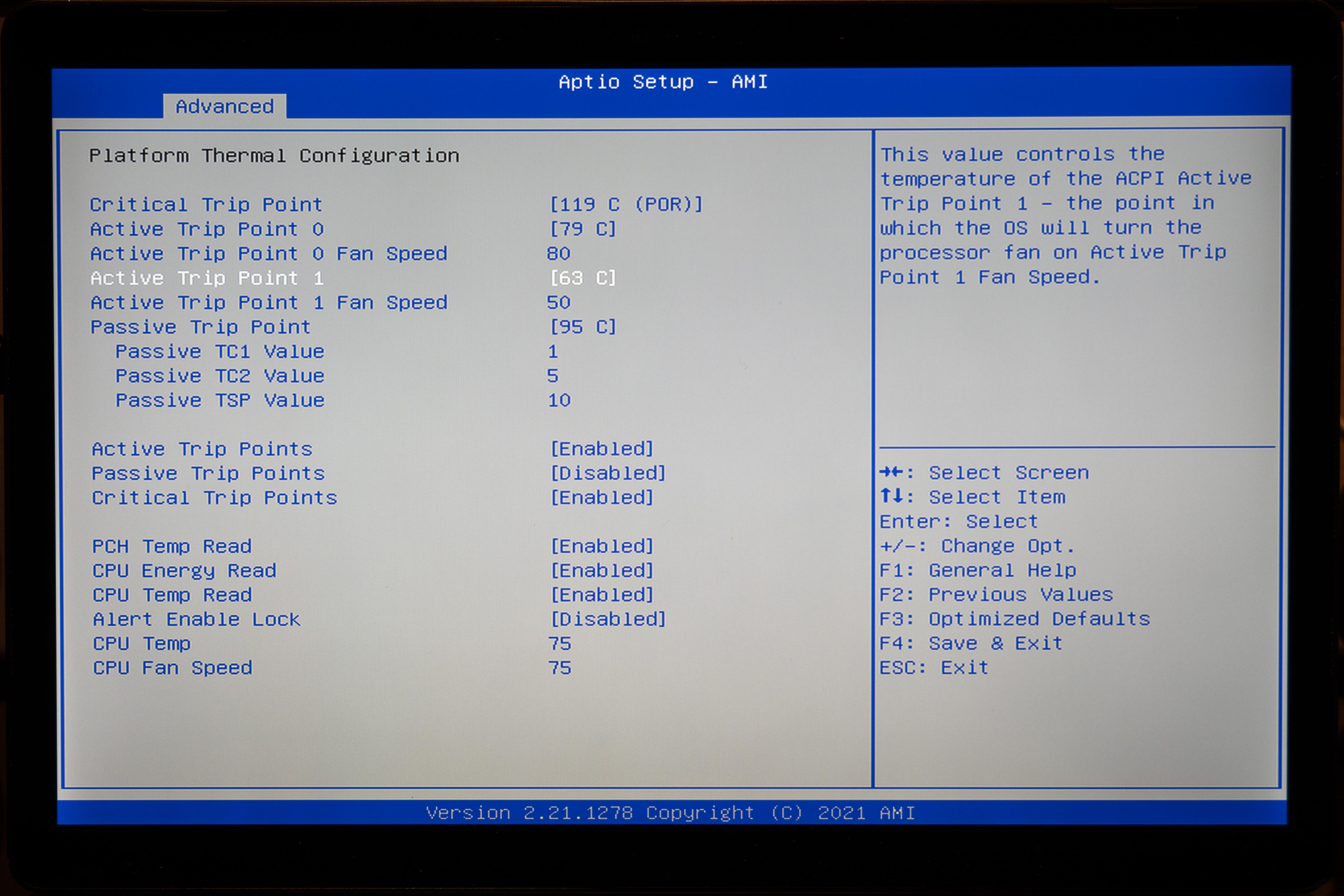 Temperature and fan speed percentage can be entered to define a point on the fan profile.

We will explore the possibility of implementing a fan curve control in the BIOS and optimize fan profile based on noise level measurement of fan speed in 10% installments.

This has been the first phase of optimizing the speakers, power levels, and fan curve of the new V; besides, we are looking into improving details such as the color matching and gap tolerances around the entire housing. More testing will be conducted as development continues to the next stage, design validation testing (DVT). So stay tuned, and talk to you in the comments!

Thanks for the update. Coming along.

Thanks for the update. I hope you focus on the display. At least 100hz and no blue light for the eyes.
We are waiting for the next update.

Thanks much for the update. Can’t wait to get my hands on this new V! Are we still roughly looking around an October-November finish date for these?

Are we still roughly looking around an October-November finish date for these?

Hey, @jsrail! I haven’t seen you around lately, so welcome back!

Currently, our best estimate of the start of shipping is still Q3 this year.

Currently, our best estimate of the start of shipping is still Q3 this year.

Can you be more specific? 1st July or 30th September?

I’m curious about that too. Trying to decide whether I wanna preorder this or get a bundled Surface pro 7. Both are looking to be around the same price rn 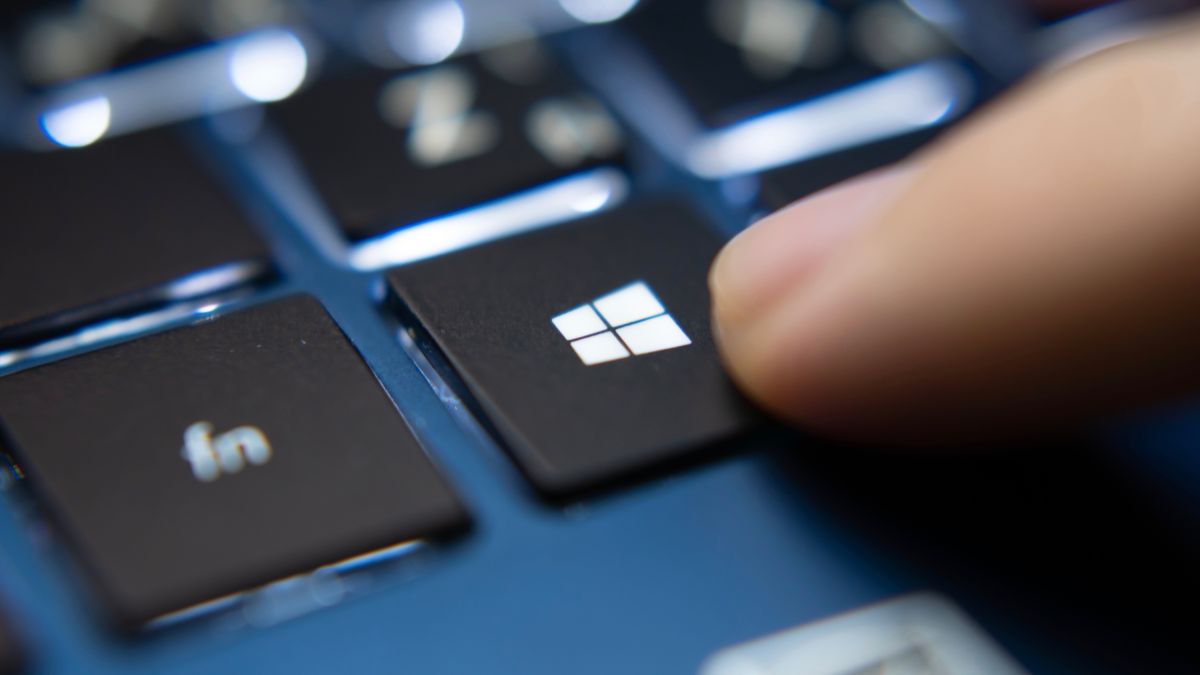 Users of the new V should be able to migrate to Windows 11 when it comes out.

Does this include the new requirement of a TPM 2.0 module? I don’t see it listed on the Eve V official specifications page, and I can’t find anything in the forums.
Windows 11 Specifications - Microsoft

The Eve V (2021) will have an Intel 11th gen Tiger Lake cpu, which is compatible with Windows 11. I don’t know if the mobile versions have a TPM, but if it does have at least version 1.2 Windows 11 should be supported.

Wccftech: Most Modern PCs Will Have No Issues Running Windows 11 – AMD & Intel CPUs With A Minimum of TPM 1.2 Required, TPM 2.0 Recommended.

Most Modern PCs Will Have No Issues Running Windows 11 - AMD & Intel CPUs...

Microsoft has announced a big change to the TPM requirements for Windows 11 OS running on AMD & Intel CPU based PC platforms.

The fTPM option is an interesting workaround… I’ll be interested to see how well it works as people start playing with the Insider Preview builds.