In our last update on ES07D02, we shared that we were facing panel delivery delays due to the supply issues. In between our updates, LG doubled the local dimming zones of this panel to 32 for an even better HDR experience. While we still need to keep following up this delivery time with our manufacturer, we’ve now got a few of them to start testing. Initial results indicate that most functions carried over from ES07D03 are working correctly. That said, due to panel modification, some of the functions require further tuning to allow them to work as expected. We’ll detail our findings on this topic. 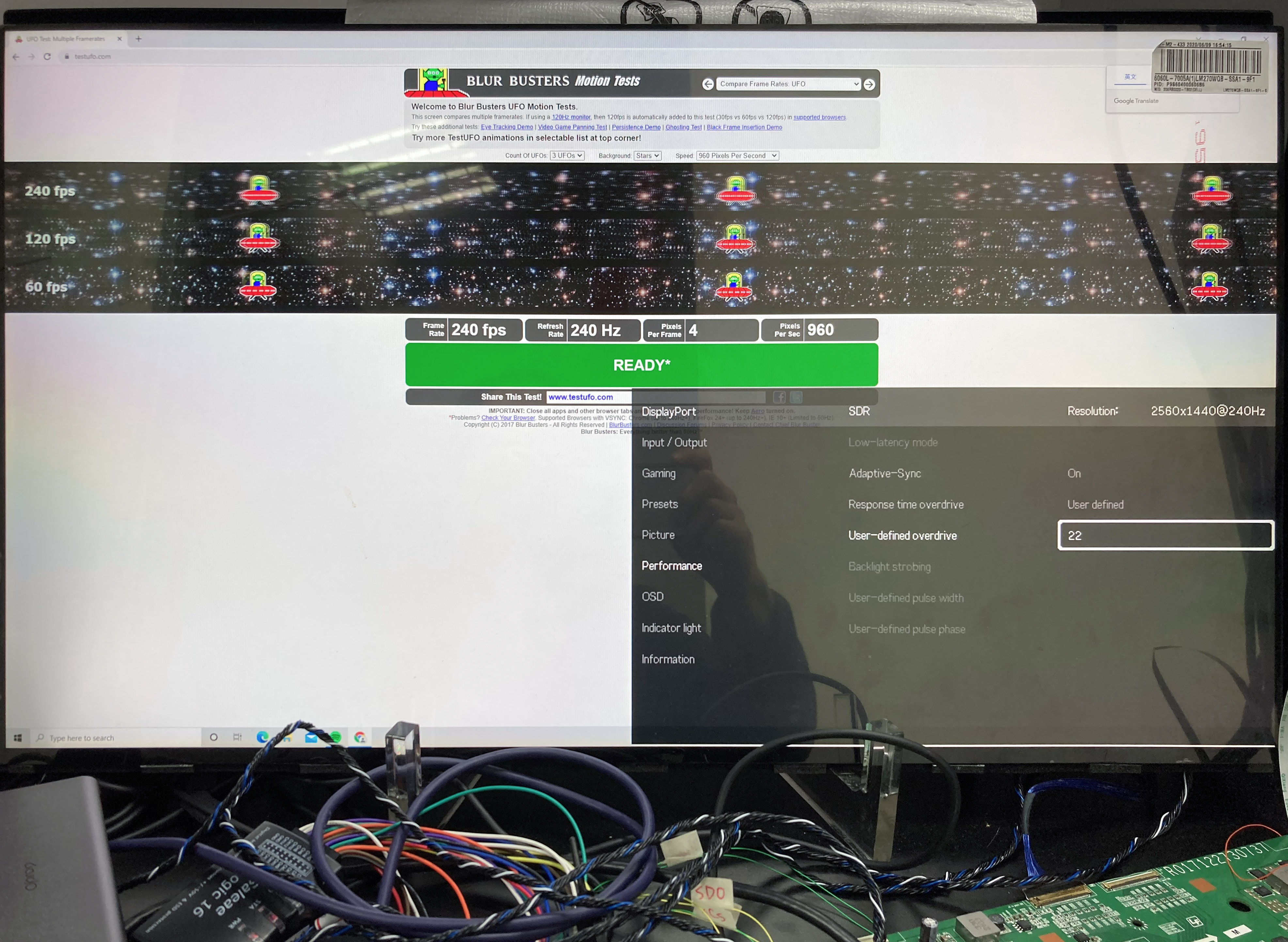 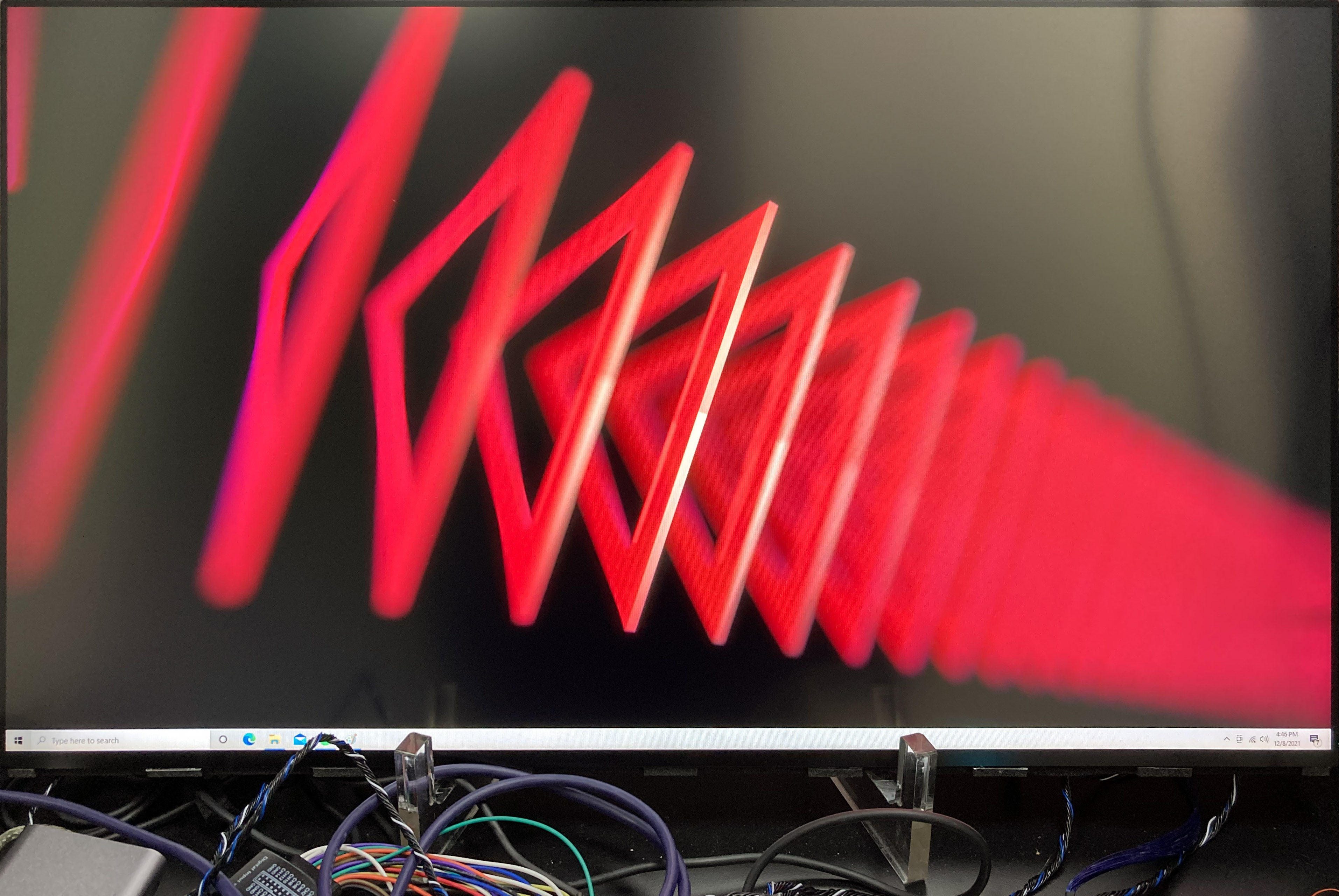 Firmware changes are required to enable all functions to work as expected; in addition, a couple of minor adjustments to the existing ES07D03 printed circuit board is needed to support all 32 dimming zones. This, however, means that the development time of ES07D02 may be longer than we anticipated.

We are working closely with our manufacturer to evaluate the potential impact on schedule with these changes. An update will follow as soon as we have a clear estimate. In the meantime, we appreciate your continuous support and will continue to do our best to improve ES07D02.

Seeing how far away from production the model 2 is, I would do the world a favor and push that January shipping estimate a lot further down the line.

And try to be a bit more realistic about how long it will take to ship.

Maybe summer holidays in june on 2022. It sounds more realistic

I heard the chief is still waiting on Suzhou Lehui in order to start his VRR strobe tuning, not sure if you guys can see if there’s a delay with that. I also heard chief might be able to implement VRR + backlight strobing + QFT trick (quick frame transport trick) in order to reduce crosstalk at the expense of selecting a lower max VRR range!

Just to give you an idea on what QFT means, You can read about it here: HOWTO: Quick Frame Transport (QFT) - Large Vertical Totals (reduce lag, reduce crosstalk) - Blur Busters Forums

This could in theory mean that the QHD model will be able to do better backlight strobing than the 144 hz model because it has much more refresh rate headroom! Also the Red phosphor issue is slightly reduced at higher refreshes so in THEORY it should look better than the 4k @ 144hz model

Chief spoke that it could be possible to implement 2 version of VRR + backlight strobing across all eve monitors:

@BlurBusters let me know if maybe you can give more insight here or possible in the main thread we have here: Blur Buster Eve Spectrum Strobe Tuning Completion - #71 by Liquidshadowfox

Another question, would there be anything stopping you guys from just flat out upgrading to a new panel for the QHD @ 240 hz model from LG? I heard they were going to come out with new IPS panel this upcoming year with better contrast and possibly higher refresh (since the QHD @ 240 model is delayed). Another option (assuming you we aren’t too late to switch to a different panel which it SHOULD be too late) you can take a look at another panel that isn’t nano IPS from another vendor (like innolux or AUO) that might lead to the 240 hz QHD model to be blur buster approved 2.0 (no red phophor). Otherwise, I’ll happily wait for the QHD @ 240 hz model from LG since it does have a rather wide color gamut and the strobing from the chief is pretty damn good.

@Lore_Wonder Do you have a status update on the ES07D01? Is shipping for ES07D01 still scheduled to start in April 2022?

@Lore_Wonder is that possible make it?

Damm, with now 32 local Dimming Zones, I’m questioning if going for the 4K Model was the right choice since new Graphics Cards are almost impossible to find, a 1440 panel with Double the Dimming Zones sounds great, but Hindsight and all that

Fixed strobing on this monitor is AMAZING and I can’t wait to see this level of performance (minus the red fringing) on VRR with the eve spectrum. Since they are looking at the board, can they look at the scaler and see if we can get something that would enable 270 hz?

That’s why i asked

They already mentioned that they are unable to go past 144hz (4k model). Not even overclocking to 165hz.

You seem to be confused. The dimming zones isn’t retrospective. You can’t firmware update the 4k model to 32 dimming zones. It’s a hardware change.

a couple of minor adjustments to the existing ES07D03 printed circuit board is needed to support all 32 dimming zones.

this is getting me confused. like will the 4k model support 32 dimming zones. currently its 16 dimming zones hdr mode via website.

We confirm that because ES07D02’s 32 zones are made possible by modifying the physical panel, it cannot be ported back to ES07D03 via firmware.

We are talking about the QHD 240 hz model (unreleased) , not the 4k model

idk why i got my hopes up this would actually ship in january lol. while more dimming zones is nice, it’s gonna suck when this gets delayed another couple months for middling hdr implementation compared to something like mini led. a delay to possibly (and more than likely with eve’s track record) mid 2022 from an initial estimate of holiday 2020 is just… really disappointing. i hope you guys can really fast track this thing instead and stop leading on those who took a gamble on eve

Does the change in local dimming zones affect the peak brightness? Or is it staying the same?

The peak brightness will stay the same.

This, however, means that the development time of ES07D02 may be longer than we anticipated.

Stop with this verbiage, “may be longer”? It will be longer. If you don’t even have all of the panels yet, and dev is going to take longer now with the additional dimming zones, how can you not put out an update stating a shipment date change? At least this post is something after not seeing a single update for ES07D02, but something should have been posted much earlier than this instead of staying silent on this model. January 2022 is out the window now, we’ll be lucky to see this Q2/Q3 of 2022.

Glad to hear that the project is moving forward. After waiting since August 2020 with many much earlier, I’m willing to bite the bullet and ride it out until next Christmas.

I’m sure many others will be wondering what else you can offer other than more dimming zones, especially in the realm of accessories, since many were asking during the last update.

I wish the team good luck, and may the next update have more concrete estimates.