What a peaceful Chinese New Year! I flew back home two weeks before and had a valuable break – have dinner with my family, hang out with my best friends, and play Total War: Three Kingdoms. Now I’m ready to fly to Suzhou and be your eyes and ears again! I finally got a real camera (Lumix G95), which will undoubtedly lift the quality of pictures and videos I take in the future!

While the firmware team is hard at work to unlock more of Spectrum’s features, the hardware hasn’t been sitting around idle. Our development samples have been thoroughly tested as planned to ensure everything is reliable – not just when it comes out of the box but for years to come.

So far, Spectrum has passed about half of the planned reliability and endurance tests, but testing is still ongoing, and we will, of course, keep you in the loop.

In Suzhou, a co-working engineer, his voice filled with awe, told us that this paint can be “boiled” for 4000 hours and still feels exactly the same as before. When we look deeper, according to Cashew, it can sustain an 85℃ environment with 95% relative humidity for 4000 hours with no touch-feeling change. This property of the paint can help Spectrum maintain its look and feel even in hot and humid climates.

We have been comparing it side-by-side with another paint suggested by our suppliers and found out that the slight glossiness in this paint helps bring out the correct amount of details and makes Spectrum’s housing more resilient to fingerprints. Additionally, testing shows that the paint has rubber elasticity, high tensile strength, as well as nail scratch, oil, and chemical resistance. All of these help Spectrum’s housing stay in shape and reduce maintenance in the long run. 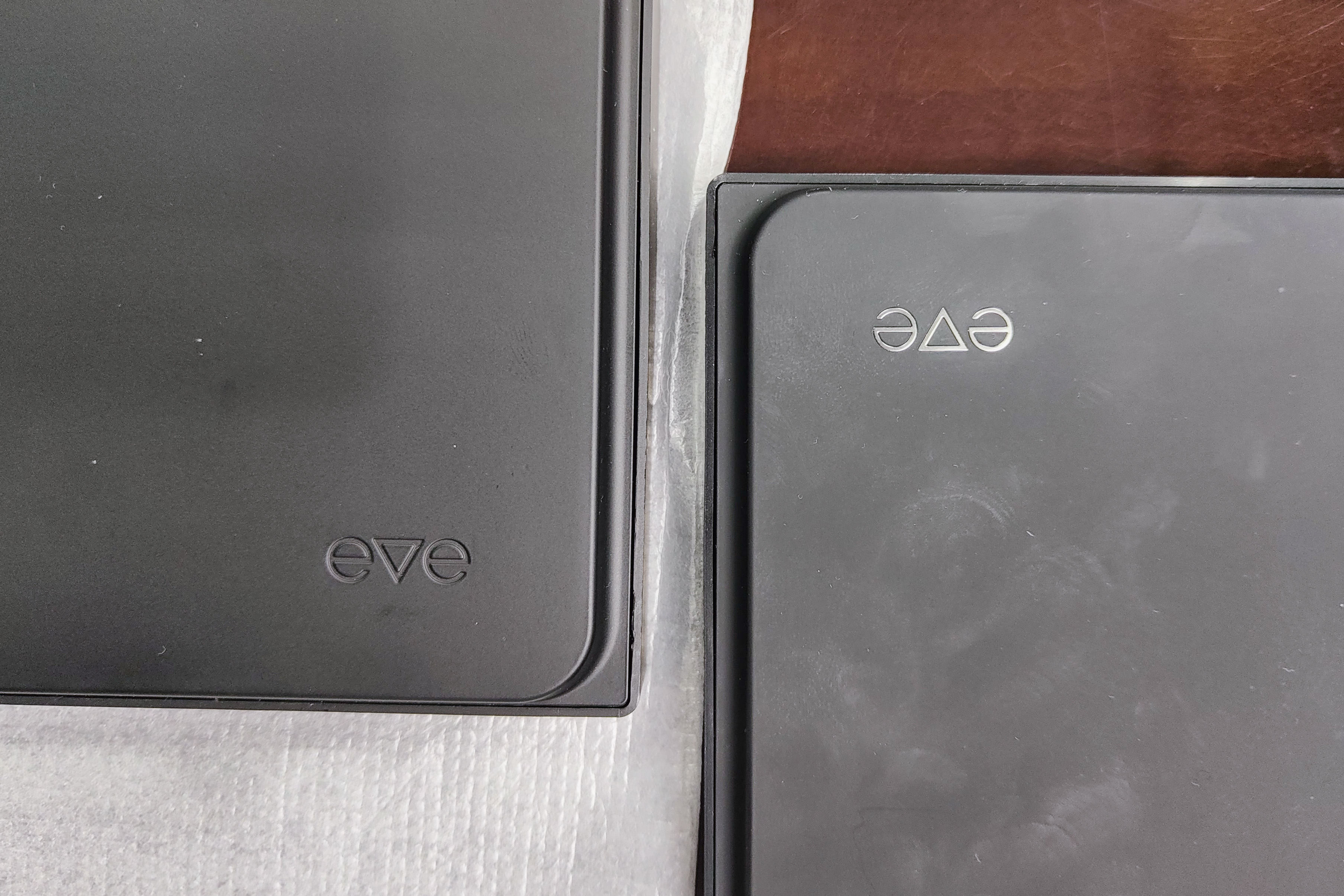 Cashew (left) & Another paint (right); Cashew paint was applied on all of the hands-on prototypes back in December

We have been working on the OSD multi-language table during the past week. With the help of our customers and @senior_creators, we will soon complete Spectrum localizations in Chinese, French, German, Japanese, and Spanish.

Our firmware team has switched to merging new HDMI 2.1 code into Spectrum’s firmware that we just received from scalar supplier Mediatek. Recently, they have completed half the requirements for user-upgradable firmware, as one of the two chips involved can now be upgraded through USB. They will continue this task once HDMI 2.1 implementation is completed. As always, you’ll be the first to hear the news!

Great update. I do appreciate these regular updates. Once again keep up the good work Eve. Can’t wait to get my hands of this epic monitor!

Regarding the translation, I would like to help you add the Greek language if you’d like to. Just notify me

Thank you, @Alexandros! We’d love to offer as many localizations as possible; however, the firmware has limited space available for this purpose. It only can support the selected languages.

I have a kind of unrelated question:
I recently found an old post mentioning 2DP ports on the 144Hz QHD model, while the other models trade one DisplayPort for HDMI.

Is that still the case?
Which models support daisy chaining?

Is that (2DP for the base model, 1DP for other models) still the case?

Yes. This is due to the scaler limit of the other models.

Only the base model supports DisplayPort daisy-chaining.

This doesn’t affect me, but since we’re getting upgradable firmware, have you considered having different branches to regionally support more languages?

Brilliant! If it’s a matter of different firmware versions, it should work flawlessly, and the user probably will have the option to flash to another branch if needed. Of course, this might add too much work to the firmware team depends on what they need to do to implement the multi-language table. I’ll bring your suggestion to the team!

Nah its fine, no need to add uneccessary complexity to production. After all, english is more than fine.

Thanks @Lore_Wonder, it’s neat to see things going from development into validation.

In terms of The Timeline, is this the testing that @Kira mentioned is part of the DVT stage? The testing-related bullet point there says,

Send Spectrum to third-party labs for testing and optimization

but your pictures are still from within the original factory, right? Or is any third-party testing going on as well already?

On that note, I’m also wondering how the certification process is going to work - is Freesync and G-Sync testing done only with the models that actually go out into production? Or are the certification labs okay with testing pre-production monitors as long as all of the advertised features are working on those ones? I figure the parallelizeability of testing & certification vs. last-minute fixes (or lack thereof) would make quite a difference to the schedule.

Oh, and one more question I had. How many actual models from the production line will get tested this way? Is it all of them? A portion? None after the initial validation? And with models getting thrown around in boxes or force-vibrated in a machine, do those still get sent out to final customers? I was always wondering, because on one hand it’s great that they survive the testing process, while on the other hand they’re also experiencing quite a lot of stress this way which would perhaps shorten their lifetime a bit.

Is this the testing that @Kira mentioned is part of the DVT stage?

This is not third-party testing; this is part of the testing that should be finished in the PVT stage. I’ll quote the correct bullet point below.

Yes, these pictures are taken in the original factory. On the note of third-party testing, it is expected to start after the HDMI 2.1 firmware function is implemented.

Are the certification labs okay with testing pre-production monitors as long as all of the advertised features are working on those ones?

Yes. Spectrum firmware needs to support VRR correctly before Freesync and G-Sync testing can be conducted.

On your excellent question about the relation of such testing and the mass production line, let’s ask @Kira!

All of this is truly splendid. Spectrum will be in our hands in a few months!

As long as the one we get is better than the one you all sent Linus (Tech Tips), and orders are fulfilled by the given date (unlike the tablet), I think we’ll all be more than happy. Thanks for the updates, keep up the hard work

What a great update!
I can’t wait to see two 4K Spectrums on my desk

I hope my German OSD translation was kind of usable

One very important aspect!
Please make sure that they’ll work with Apples new M1 chip. I got two monitors from major brands at home that are not recognised by the M1.
For us creatives working with Apple hardware to do video editing, photography etc. that would highly appreciated!
And you could even advertise your monitor as “Apple M1 compatible!“

Can’t wait to hear the next update. You guys will make this thing happen and I’m so excited!!!

We will get you covered with the upcoming compatibility testing.

Although for now it will not be compatible with the Apple M1! I don’t think they have time to update the firmware now! But the good thing is that soectrum can be updated. And so they can implement future functions! I wonder would it be possible for each country to be different once shipped and in the future to improve several languages? For example the Italian language for Italy. This always after sending and with future updates! @Lore_Wonder

That’s great. Also add the Mac Mini M1. There seems to be slight compatibility difference between the MacBook M1 and Mac Mini M1.

Thanks for your great service and customer response!

I had no idea you were looking at different paint types, and the fact that you had picked Cashew - but it looks solid! And the barrage of tests being conducted, especially with cable connectivity and hardware failure is excellent! Thanks for the update!

As long as the one we get is better than the one you all sent Linus (Tech Tips) […].

That’s pretty much a guarantee, as that was a pre-production model that was sent out for initial commentary. Just the features listed alone in the update in the OP already make it better than the ones that were sent out back then.

Oooh that new paint looks sickkkk!!! I do love a good bit of matte paint. Nice one!

El texto en español no corresponde a la traducción del Inglés.
The Spanish text is not a correct English translation.