Oneplus 5T full pictures and specs reveal - would you buy it or wait for Oneplus 6 with Snapdragon 845?

So we finally got a full reveal of the anticipated update to Oneplus line. As expected the phone continues with the Snapdragon 835 6/8GB RAM and 64/128GB storage options. Things that did change are the screen, the rear cameras and slight bump in battery capacity. While the screen is definitely looking in line with this generation of phones, it does feel that it should have been the screen on the original Oneplus 5 when it was released a few months ago, and unfortunately it is again not as sharp of a panel as the top competitors, but should help the frame rates and battery. The new cameras are looking very promising and if they are indeed an improvement over Oneplus 5, then we should have a very competitive set. Btw the Dash charging, while proprietary is still arguably the best in the industry.

What do you think, is this worth the upgrade or should we just wait for the Oneplus 6 early next year? 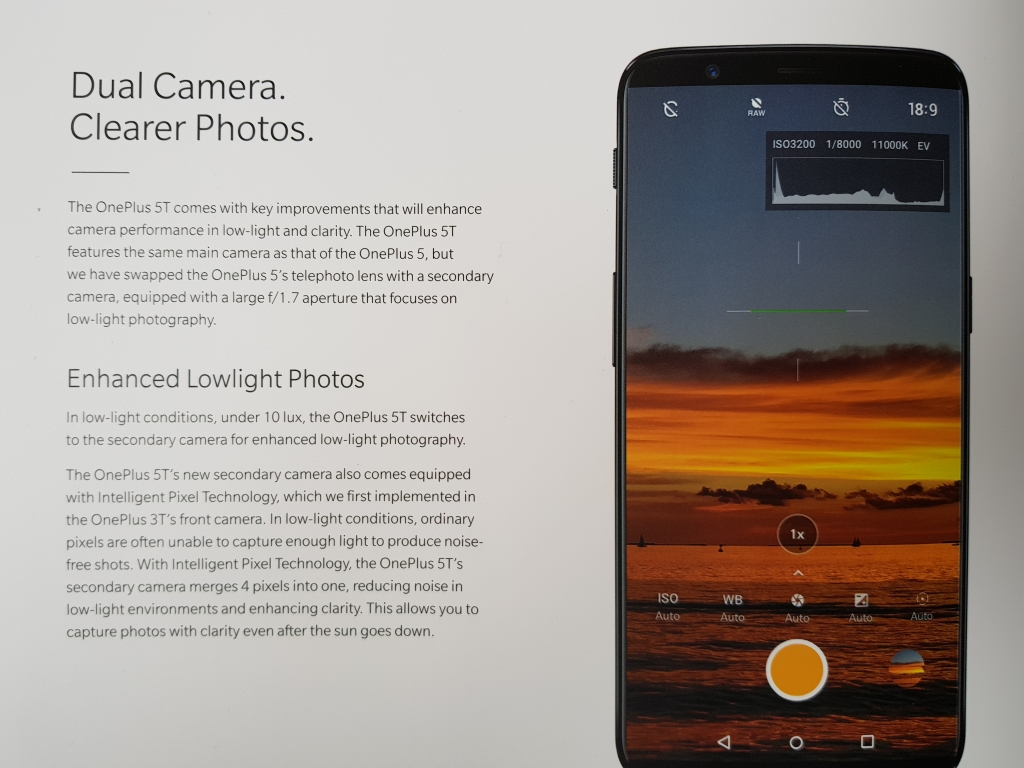 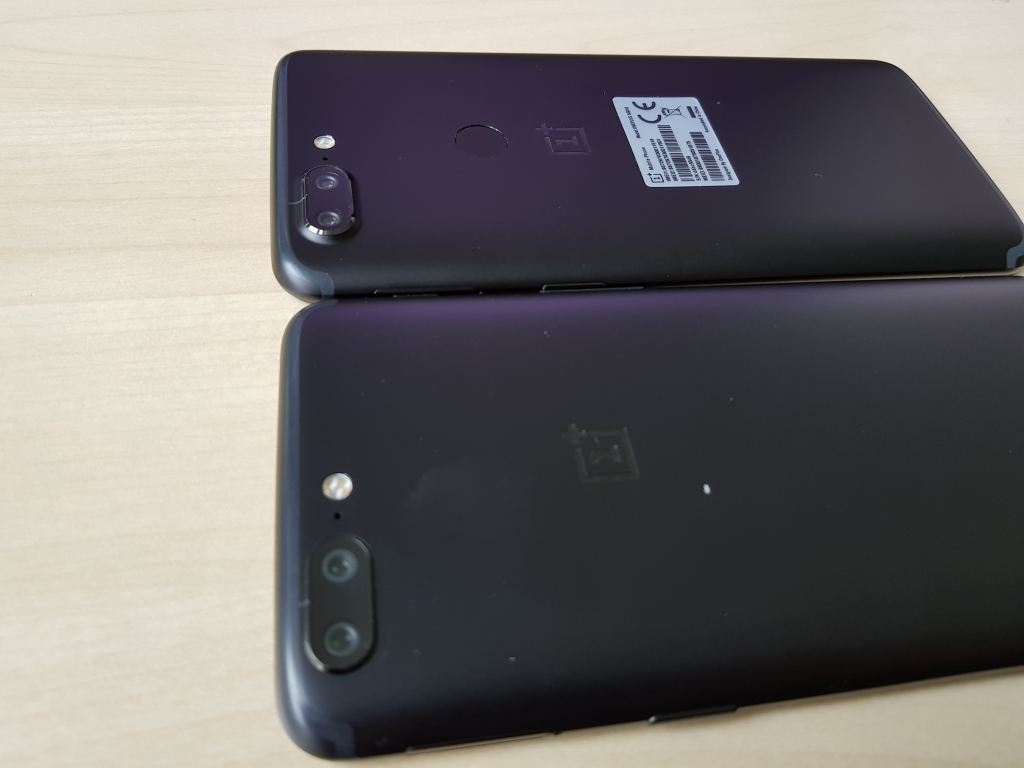 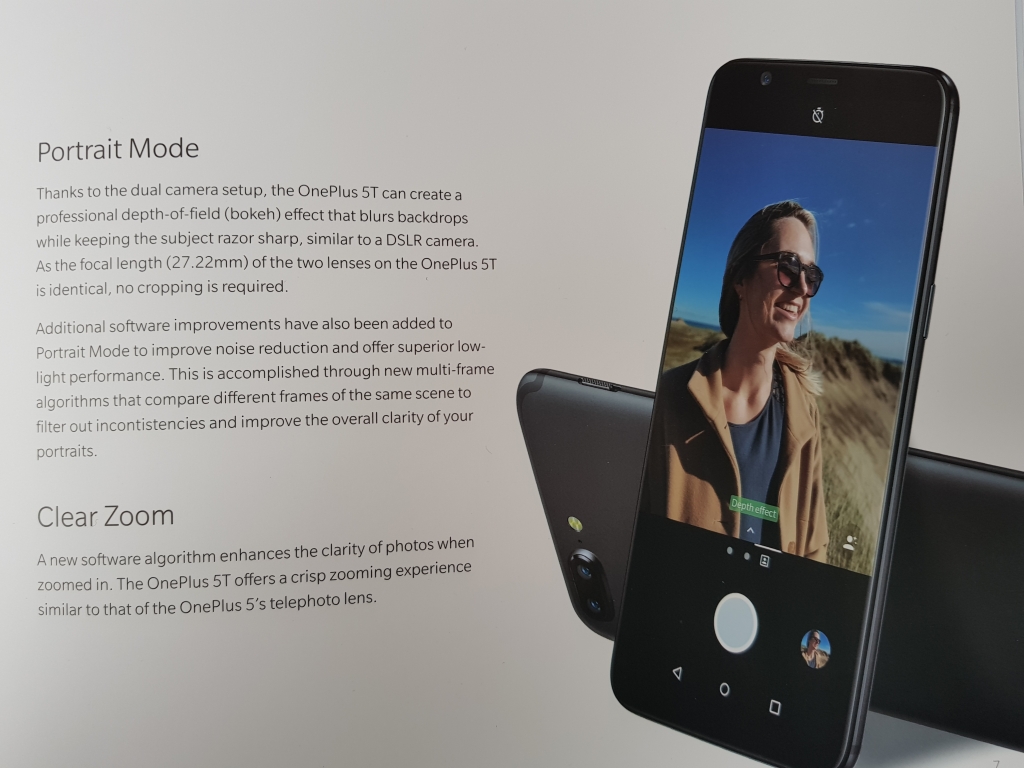 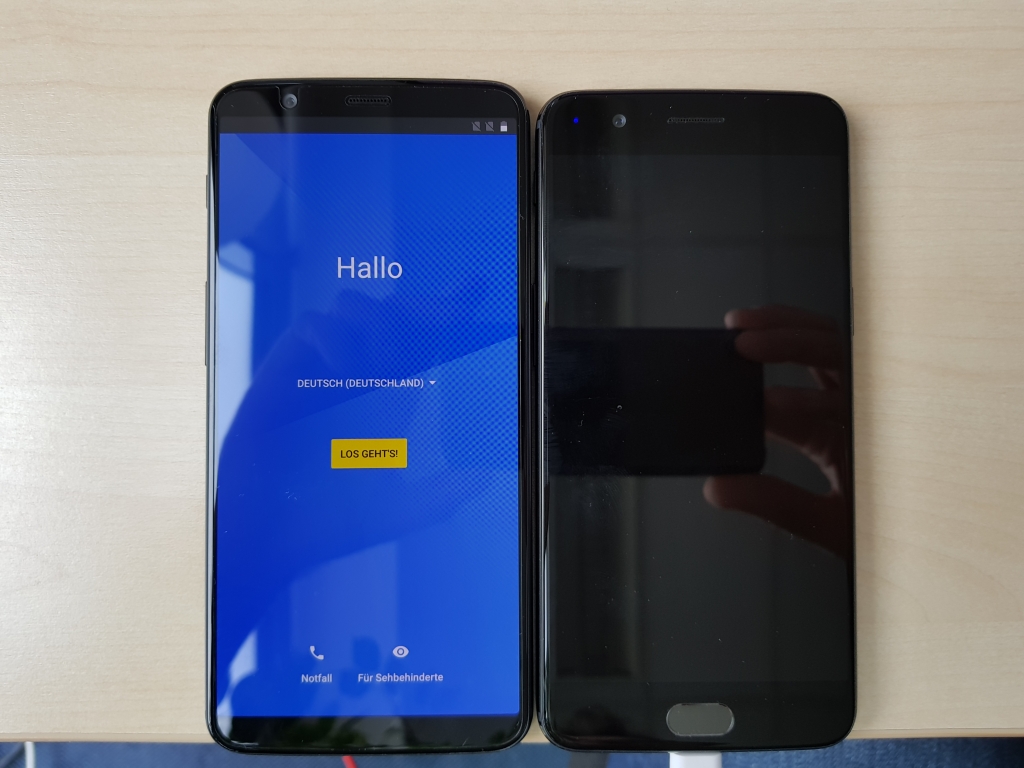 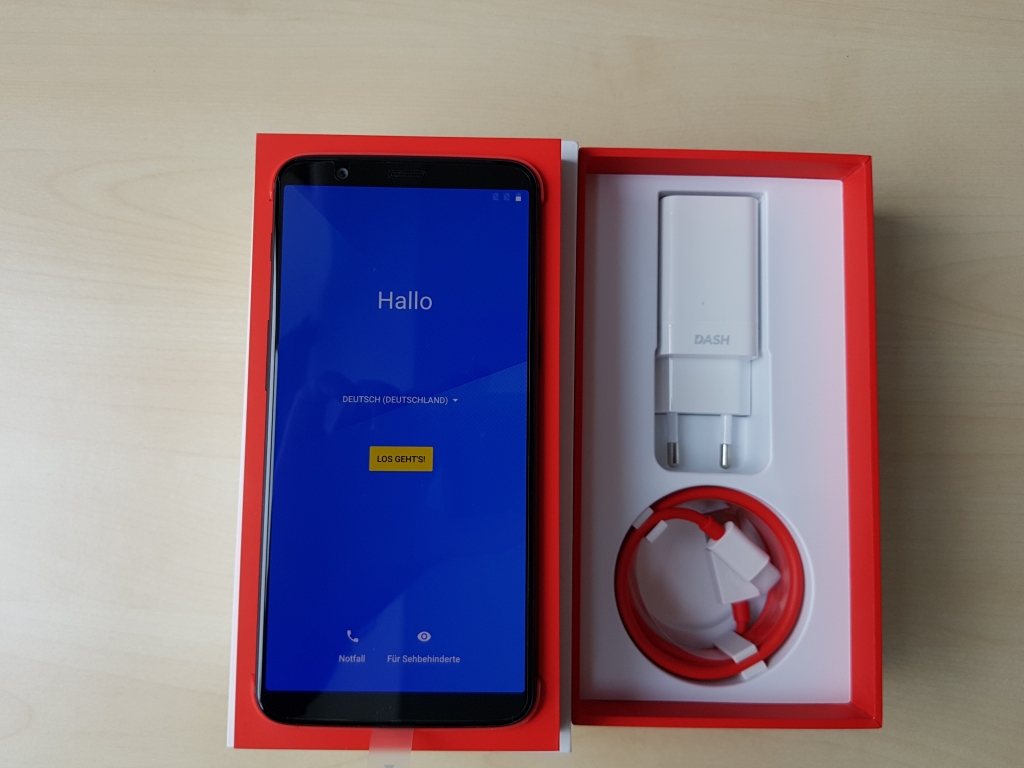 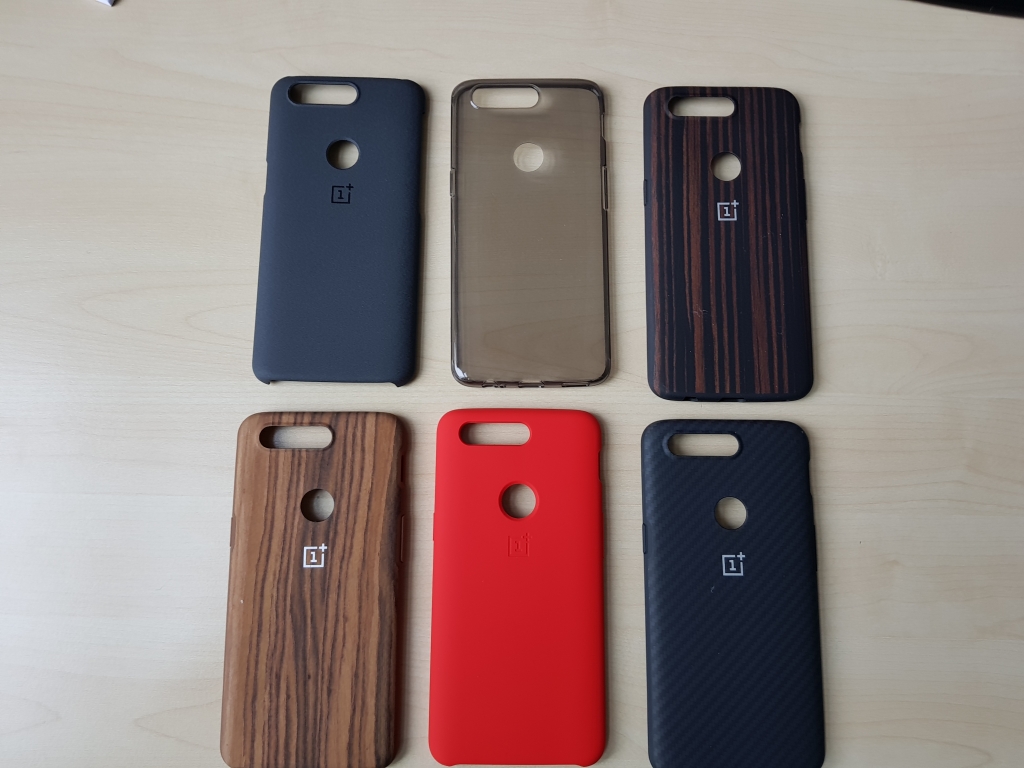 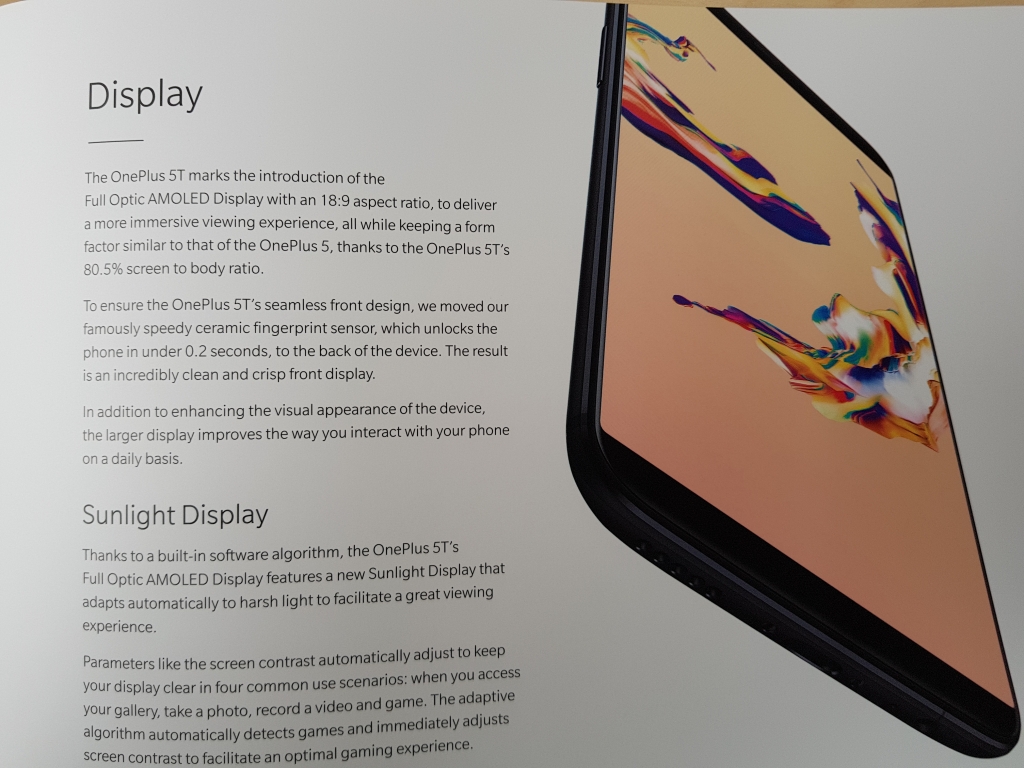 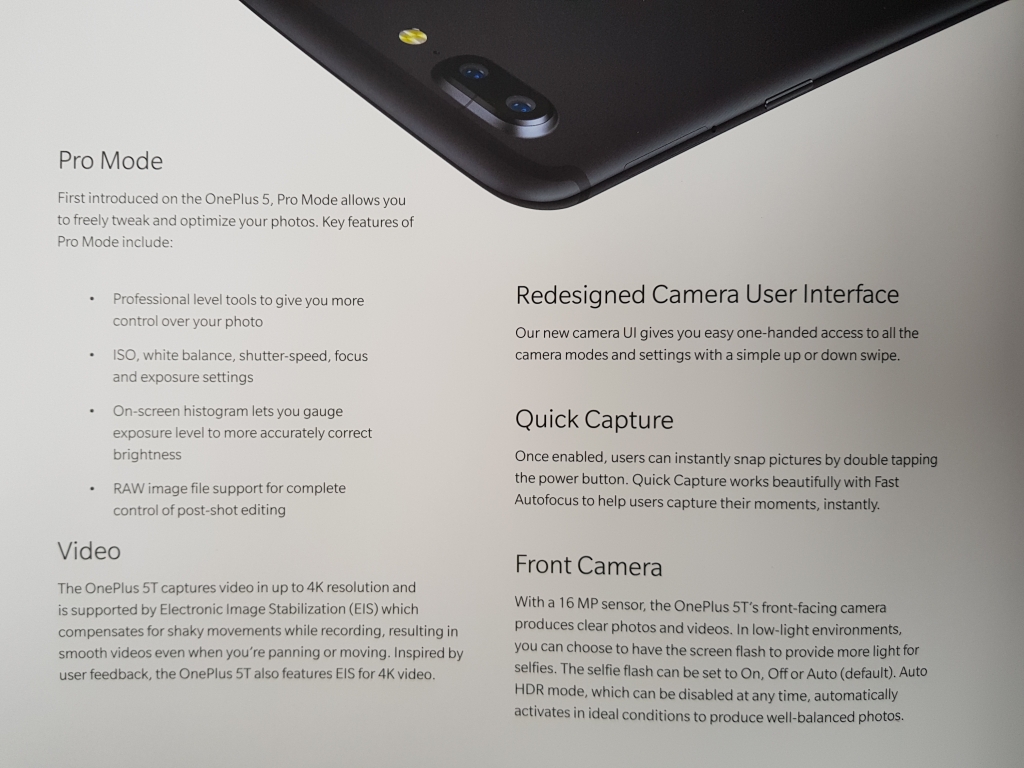 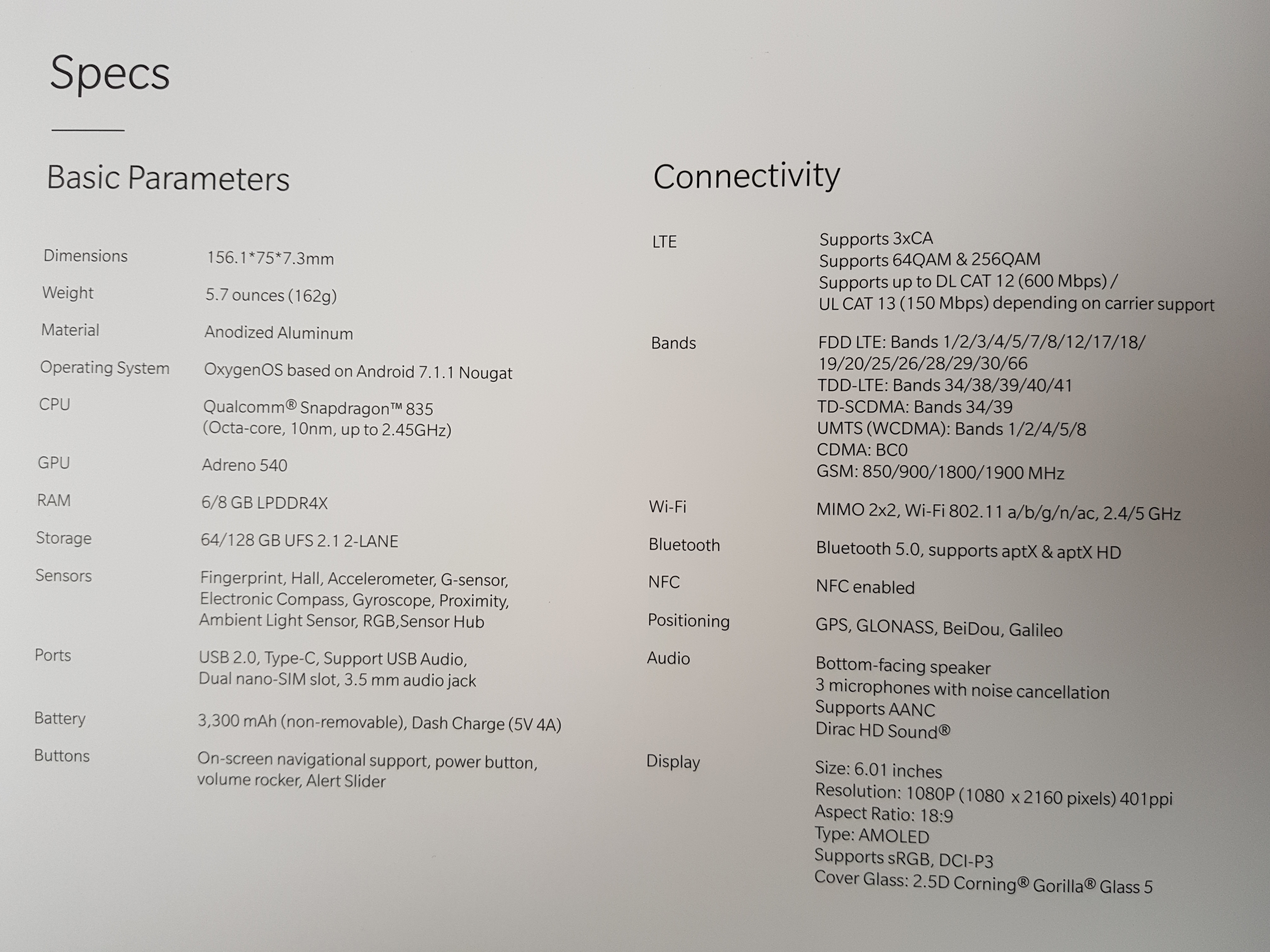 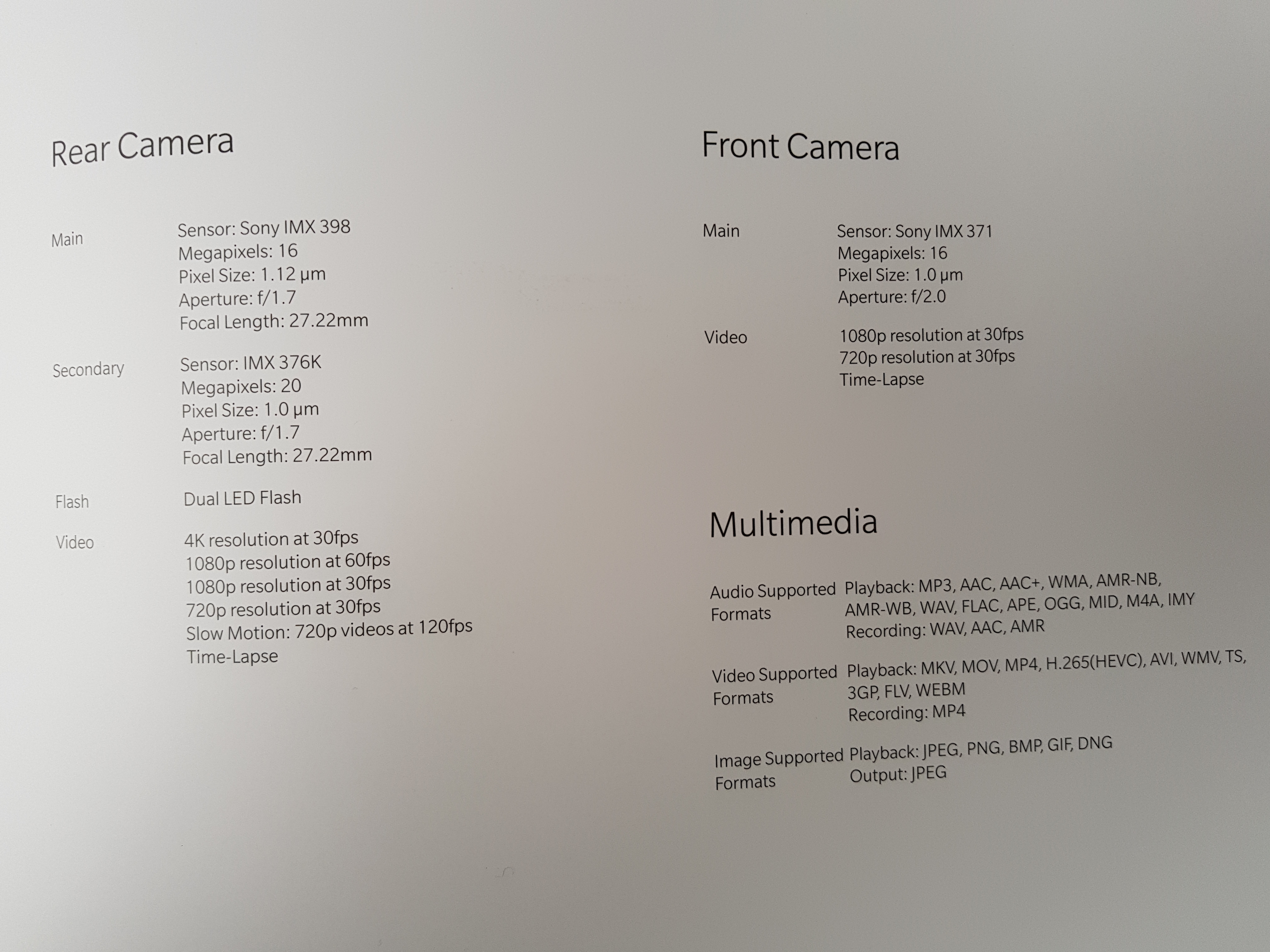 Looks nice, v similar to the Samsung S8 range imo, but a lot cheaper and more RAM! On the OnePlus 5 Performance was impressive and so was battery life so excited if this is even better! Has a headphone jack (yay!) but no waterproofing? (boo)

On balance I still like the pixel 2 xl with its top software and dual stereo front facing speakers. Camera, we will wait and see. Razer phone also very interesting with the 120mhz display, but camera to be proven too.

All in all, exciting times if you’re changing your smartphone! (not even mentioned the iPhone X or the Note!)

And it’s huge again… I once contacted Oneplus and they said they had a compact model in mind, but where is it…

They actually had one two years back

I think it was called Oneplus X and I liked it for what it was. But there wasn’t much demand for the smaller phone as it turned out, so they didn’t evolve that line. Something like that.

Nah, it’s not like really compact. I contacted them after Oneplus X had been released, and they said they had something actually compact in mind

I think there wasn’t enough demand because the size difference was too small to actually make a difference, but the specs were different.

Oneplus X was the same size as iPhone 5s. Are you thinking even more compact than that?

They have multiple times stated they wont do these anymore. It’s flagships only and 5.5 inch size is their norm.

5T has 6" 18:9 display and its sized the same as the OnePlus 5. Whatever you heard from the customer support has been false.

I had OP2, now I do have OP5 - I’ll wait for OP6…T. The feeling of better model just around the corner is mediocre. Fear-Of-Missing-Out and all that.

The jump from OP2 to OP5 must have been pretty dramatic, in a good way

Jumping from OP3 to OP5 didn’t seem as dramatic as they were just not that much different in day to day usage. The 5t seems on the other hand would have been enough for me to make the jump, but now that we are so late into this gen I don’t think it is as appealing. My hopes are for OP6 and others is the integration of faster LTE modems, the new low frequency bands for t-mobile and AI co-processors. Windows on ARM option would be sick too

I heard that Samsung were going to buy up all the snapdragon 845 cpus, like they did with the 835 this year, so the chances are that the OP6 with an 845 won’t happen till mid next year. Makes the OP5T a decent buy imho

The jump from OP2 to OP5 must have been pretty dramatic, in a good way

It absolutely was. : ) It reminded me of the moment you get your first phone and it’s so new, fun, fast, interesting - a thing I had forgotten a bit by then.

Now you mentioned it, I don’t know what OP6 should have for me to make the jump. OIS everywhere and third, 2 micron pixel camera? Shame that Google does not propagate their stabilization software and hardware to partners.

I heard that Samsung were going to buy up all the snapdragon 845 cpus, like they did with the 835 this year, so the chances are that the OP6 with an 845 won’t happen till mid next year. Makes the OP5T a decent buy imho

Most probably. Still, I can wait. OP5 is pretty great and to be honest, I don’t really use its power either way.

Waiting for OP6 or 7, depending on how long my 2 will last.

What I still hope to see is a FM radio chip (enabled) in this phone. Somehow every manufacturer forgets this thing…

Samsung were going to buy up all the snapdragon 845 cpus, like they did with the 835 this year, so the chances are that the OP6 with an 845 won’t happen till mid next yea

Sounds about right, and makes sense as Samsung is pretty much a de facto Android flagship, at least in the US. That’s also in line with the OP5 release that took place in June. There could be a positive twist in the supply though for SD 845, as Windows on ARM is getting ready for release on various hardware.

That is not “compact” in any way in my books. When I say compact, I mean max 65mm wide. Like Sony Xperia Compact series. Sorry but I don’t see how a 70mm+ phone can be called “compact”…

They have multiple times stated they wont do these anymore

Because their customer support says what they want the user to hear.

I talk to the op guys almost daily so I know they are not going to go and release a phone that small.

Flagship phones include a bigger screen.

I rly dislike this kind of camera design is it rly so hard to make it not standing out ?

The 5T is a minor update so I guess it’s understandable that it doesn’t wow me, though 6/8 GB of RAM will be awesome if properly utilised. What gets me (as no fan of Samsung) is just how stellar the S8 is aesthetically. Its contemporaries have monobrows, ugly antenna lines, massive camera bumps, and/or don’t even bother trying (I’m looking at you, Pixel 2 and Xperia XZ1).

Samsung may have something in the works, though this seems to come up every year, and besides, we know your opinion of Samsung

Samsung's working on a full-screen compact smartphone, according to esteemed tipster Ice Universe; however, there's no guarantee that the handset, ...

Flagship phones include a bigger screen.

Right now? Maybe. But in the future? Who knows. “Flagship” by definition does not include screen size. And don’t pretend you don’t know how many people desire a compact flagship. There is nothing stopping any manufacturer from making a compact “flagship” with all the features of a “flagship” but smaller body, except them being cowards. Because nobody has done this for years.

There is nothing stopping any manufacturer from making a compact “flagship” with all the features of a “flagship” but smaller body, except them being cowards.

There are two sides of the coin on this. First, compact flagship has been proven to sell well. Doesnt matter if you like Apple or not, the iPhone SE is proven to sell in quite a large quantity to the point where they had to built a factory dedicated for the Indian market. It is also highly regarded to be as good as as its bigger brother the 6S, despite its inherent drawbacks (old design, no 3D Touch, first-gen Touch ID, etc.). Ideally all smartphones should have 3 variants, small, medium, large, that is (in common terms) Mini/Compact, regular, and Plus/XL.

On the other side of the coin, due to Android’s backwardness and ridiculously wasteful resource use, there is simply no physical space to fit everything, especially the battery in such a small device. Companies like Sony simply made the device thicker, which is fine by me, but doesnt resonate well in the market. There were actually quite a bunch of compact sized Windows Phone flagships like the Nokia 800, HTC 8X, or Samsung Ativ Odyssey, none of which had an Android version. Until we could somehow manage to get rid of Android monopoly in the smartphone world, I have simply lost faith in non-Apple compact smartphones.

tldr: You can blame Android for the lack of small phones on the market.