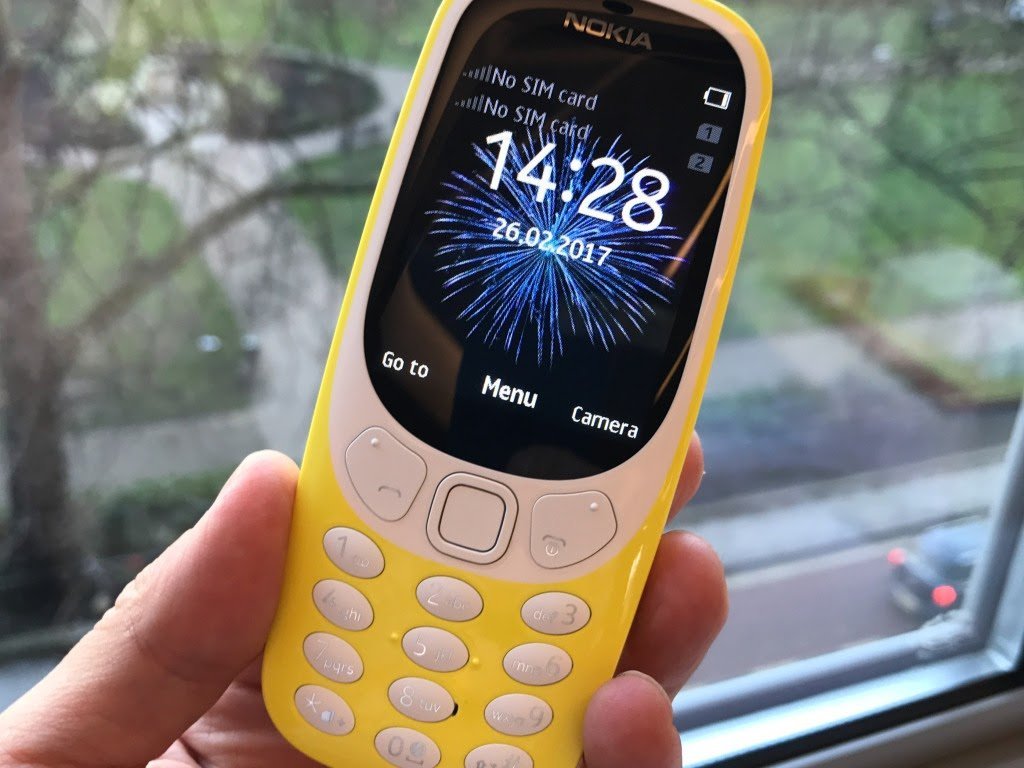 Nokia, the legend that gave most of us our very first glimpse into a future powered by devices that fit in our pockets, is back with a bang.
Highlights are the pure Android OS and the killer price points.
Was expecting a flagship phone though.
Gives me that “Nexus” vibe, which is amazing.
And to satisfy your cravings for nostalgia, the Nokia 3310 is back too!
What do you think? 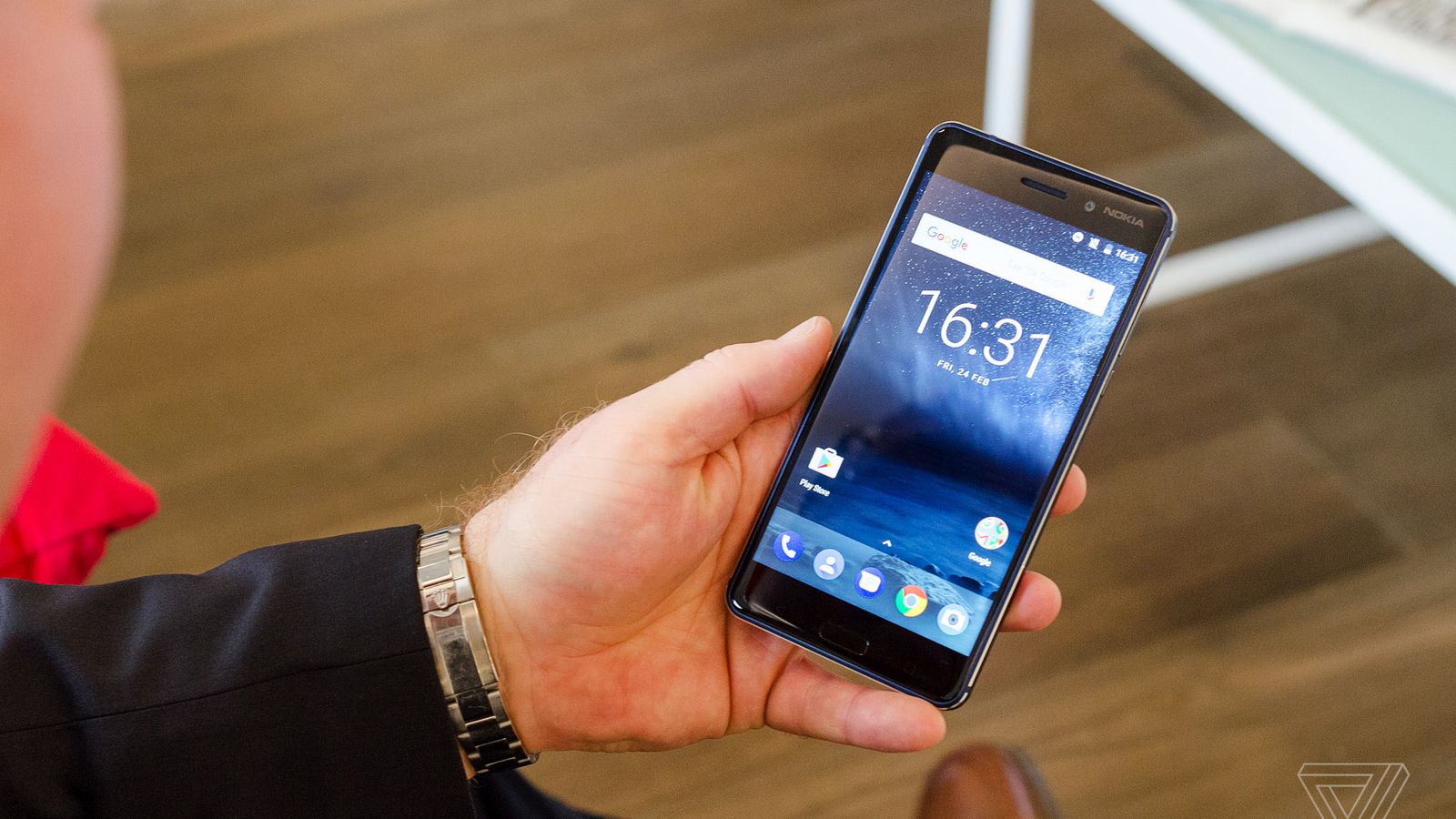 Nokia’s phones are making a comeback. HMD Global, the Finnish company that licensed the rights to produce Nokia phones, is unveiling a trio of Nokia-branded Android devices today that are designed... 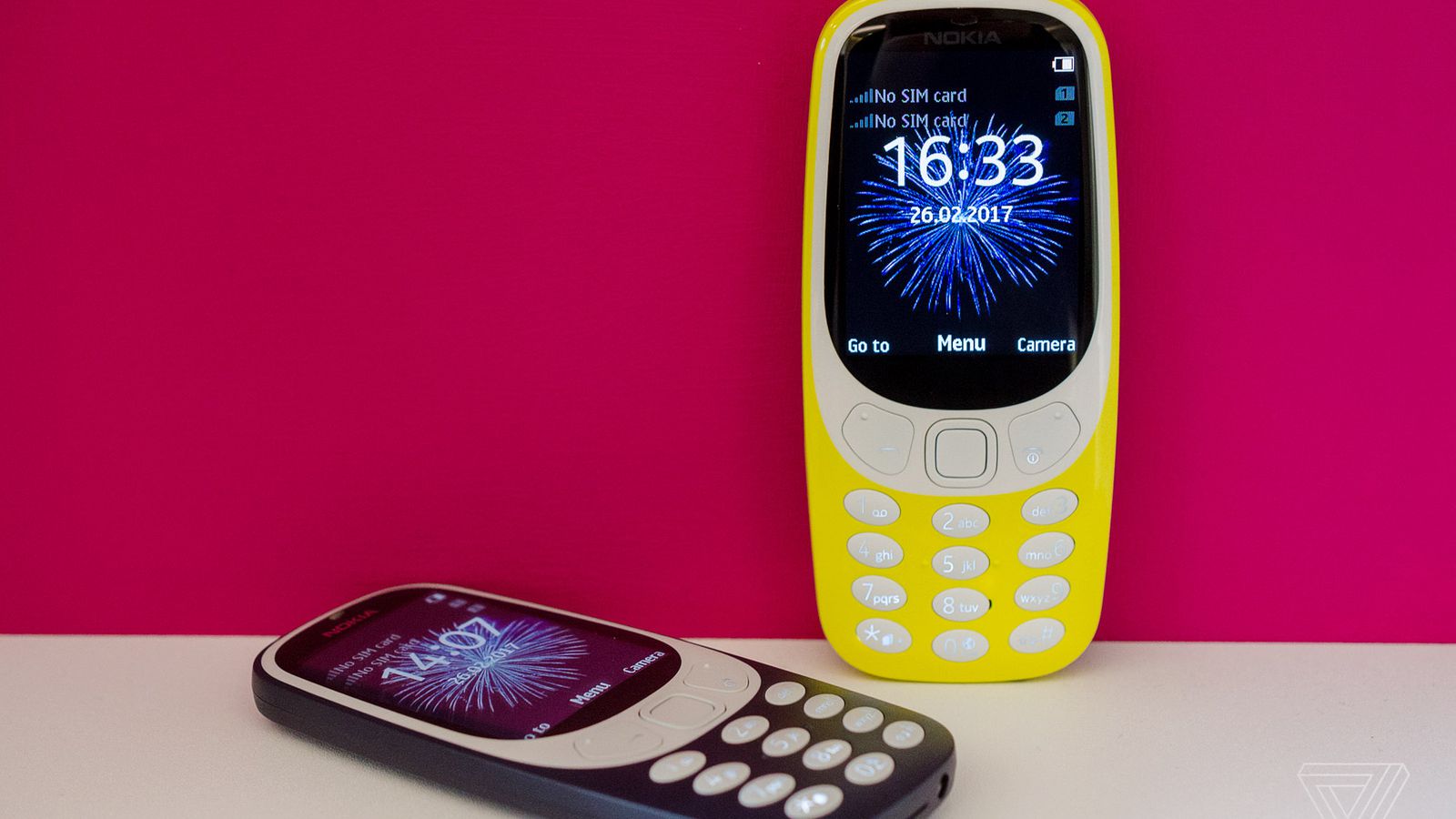 Nokia’s 3310 returns to life as a modern classic

Nokia has sold 126 million of its original 3310 phone since it was first introduced back in September, 2000. It was a time before the iPhone, and Nokia ruled with popular handsets that let you play...

I was honestly too lazy to read the articles, but doesn’t Nokia just license its name and stopped manufacturing phones?
And the 3310 doesn’t really look like a 3310 to me

Edit: Oh, it’s even written in the link description that the brand name is licensed

I think that’s going to appeal to a lot of people if it is true.

I’ve still got an old Nokia that I’m using from time to time and that one has easily a standby time of nearly two weeks (~12 days). And it’s more than ten years old and has a colour-screen. So, I think, it should be pretty easy to get it up to 31 days, when you’re using current batteries with old tech that doesn’t use wifi, bluetooth, big screens, etc.

yeah - I have an old sony erickson that I used to take camping with me before I switched carriers. Fairly large colour screen. I would charge it every couple of YEARS believe it or not. It would spend most of the year off, but a week or sometimes 2 in use camping - almost entirely in standby as a I rarely used it other than to tell time and make the occasional text. I charged it so infrequently I would always have to scour the house to find the charger.

I loved my Sony Ericsson so much, but after several years and being flooded for the third (or fourth?) time during camping it started to go crazy like hell. That was its end

I really like the Nokia 5 design wise, and even spec wise, but the microUSB is a letdown.

Great news, didn’t expect much at all but looks like a decent try! Who knows, maybe a Nokia could be my next phone again if they come up with a real flagship

I think that pure Android is the right way to go, I hate bloatware and don’t fancy different user interface tweaks either.

Wait, since when does 3310 have a color screen?

(edit: oh, you meant another Nokia

Might be interested in the 3310, but they should never have gone with Android on the other handsets.
I’d love to see an (inexpensive) “basic” phone that could double as a Wi-fi hotspot. Then you wouldn’t need a smartphone - just a compact phone, and leave the tablets for the real work.

New 3310: You can play Snake with it.
I wonder if there’s Tetris too, supposedly it’s good for your brain.

My guess Nokia will release a higher-end phone later (just look at Lumia 1520 and 920 back in their days, they were flagship grade).
I believe nokia will surprise us with a flagship.
And the pure Android was an excellent choice.

If I remember correctly, the agreement is ending

Not sure if they’d get the Lumia brand back (not that it matters thought, imo)

Nokia will take age (more years) if it needs to catch up with other makers. It has its glory days, when the competition was not enough (Blue Ocean Theory), now the Ocean is RED with lots of Sharks. Nokia is again trying to swim in the same RED Ocean, with the same kind of Life Guard.

My belief why Nokia failed is because, of the following reason…

They need a new visionary leader.

In my opinion windows phone was the way to go at that time. There are enough Android phones anyways. It’s hard to get into the Android market as a manufacturer. Even HTC is close to failing right now, if I remember it correctly and Nokia would’ve been even more non-existent, if Microsoft didn’t invest so much money in them.

And AFAIK HTC is failing because of “different” goals and not enough marketing. They’re kind of like SAAB car manufacturer, they refuse to make low quality products in favor of marketing or low prices (I mean they used to be… nowadays we do see some horrible Desires)

Might be interested in the 3310, but they should never have gone with Android on the other handsets.

And what would they have gone with? Windows Phone is dead as a doornail and iOS, well that they can’t get.

Sailfish and other alternatives are literally unusable due to lack of apps for the general masses.

In my opinion windows was the way to go at that time.

It was the worst decision the company had made, EVER.

Even engineers inside the company argued against the decision but as usual the brainless suits made the wrong call, ignoring everyone who told them Microsoft was the worst possible companion for this undertaking considering their history in software development for mobile phones. (Hello Windows Mobile, you piece of …)

I guess, that you never tried using one? I think, it’s the most intuitive mobile OS out there. Hell, I even think that Windows phone 7 is still better than Android is nowadays and iOS is just insanely overpriced (but the versions before 7 sucked, yes). The only plus for Android that I can see is that it’s relatively open to changing it by yourself. But the problem for me is that you need to change kind of everything to make it closely as good as Windows Phone is right now. It’s just a complete mess to me…
And I wonder why they got up to ten percent market-share (not % of sales) in some countries, if it was so bad?
The two mistakes I personally see are that large companies didn’t develope apps (though I never missed any apps, but the regular consumer just sees numbers and there might be specific apps that people need) and that Microsoft didn’t continue to invest more in it, but I see their point that it’s just more lucrative and effective to develop the cloud-computing sector.
And well, none of them are done by Nokia. It was a risky decision, but I think that they would’ve just gone down the drain a few years earlier, if Microsoft didn’t invest in them and the Lumias back then were (again my opinion) by far the best phones you could buy. And don’t tell me that you would decide to go on your own in a completely mature market, if another company comes by and offers you billions…

And another thing about the market: I think that you can’t get anything on in the phone market as it is right now and I completely understand why Satya Nadella says that Microsoft will go back into the market as soon as they have something really new (like the 2-in-1 tablet/laptops) for the mobile market and not before. Because as it is right now a new company can’t establish itself in it. It was the same back in the days before smartphones. You had Nokia, Motorola and Sony Ercisson (and Blackberry in a interim phase). Everything else failed until smartphones were invented. Now we’re in the same situation again. The market is mature and Samsung, Apple, Sony (and maybe a bit HTC, Huawei, etc.) share the bulk of the market. And I’m pretty sure that the brand Nokia will sell a few devices now because it’s retro and cool and nobody will talk about it next year. It’s nothing were you want to compete in until someone revolutionizes it again and you have a possibility to start in a (kind of) new sector. Nokia and Microsoft tried it with Windows Phone. And they had the money and software to pull something off, but even they weren’t special and exclusive enough to succeed. So now they definitely won’t succeed in it again. Not with another phone that’s just a smartphone and especially not with Android. Maybe if they reinvented the smartphone, but it sure as hell doesn’t sound like it.

Edit: I hope that it doesn’t to aggressive. Didn’t want to offend you or anything. Just my personal opinion here

but I just realized that it reads rather unfriendly