So, after having the V now for slightly over a month, I’ve gotten the hang of it.

I use it at work as a semi-personal device, and since the updated drivers for the touchscreen for note-taking. It’s particularly useful for annotating documents that I receive for meetings and in some courses I’m taking at the moment. That being said, I still find it a tad on the large size, and I might find that the pencil on the iPad Pro might be a better fit for me there…

In general, I’m pretty happy with the V. My main bugbear seems to be remembering to charge it, and with that, I’m thinking that… Wireless charging would be awesome for the next iteration of the product.

I generally carry the V round in the folio case, and when I reach home I place it, in the case, on a particular table whilst I go around doing things at home. I only really use the V one out of 3 evenings, and on the evenings I don’t use it, I tend to forget to charge it, so I suffer from a depleted battery the next day when I need it at work.

If the V were able to charge wirelessly, I’d just place a charging pad on the table where I leave it, and that would trickle in overnight, no problem. It’s quite likely to spend at least 6 hours on that pad a night, if not closer to 12.

So, yes, please consider this for a future variation on the product. And if people can offer me a decent workaround that I can use, preferably with or replacing my folio case, then I’m all ears!

I think we would need to get rid of our shiny beautiful aluminium housing and switch to plastic (or copy phones and make a glass back) to accomodate wireless charging. Honestly I don’t think it’s a very good idea and I don’t see plugging a charging cable once a day as too much of a hassle.

Do you have a phone with wireless charging? Just curious if you don’t plug that in every night

No need for a new topic. Just Ctrl a+c+v everything into the gen2 thread. Btw i think these ideas are going way too far. What t gen2 should do is spend some of the resources on improving the existing experience. Such as a slightly contorted chassis to allow for a better grip and new way to hold a tablet. Furthermore mave the volume buttons should be located on the other side of the device and also be textured. I sometimes find it difficult to distinguish the two.

No. Maybe th e wireless charging coild should be inside the back of the keyboard cover?

i think these ideas are going way too far.

Dude I swear I’m not trying to be funny, I really can’t tell if you’re being serious anymore.

Maybe they should try and make a first gen product that people really love and get on time and works right out of the box first.

Maybe th e wireless charging coild should be inside the back of the keyboard cover?

Wireless charging for the keyboard? That isn’t a terrible idea…

Wireless charging for the V through the keyboard? The keyboard connection won’t allow for that much power to transfer to the V, and it would make that connection and the power-supply in the V a lot more complicated, and make the keyboard a bit bigger and heavier and more expensive. This would also almost certainly require a special charging pad to go with the V, since wireless charging laptops aren’t commonplace.

If the V were able to charge wirelessly 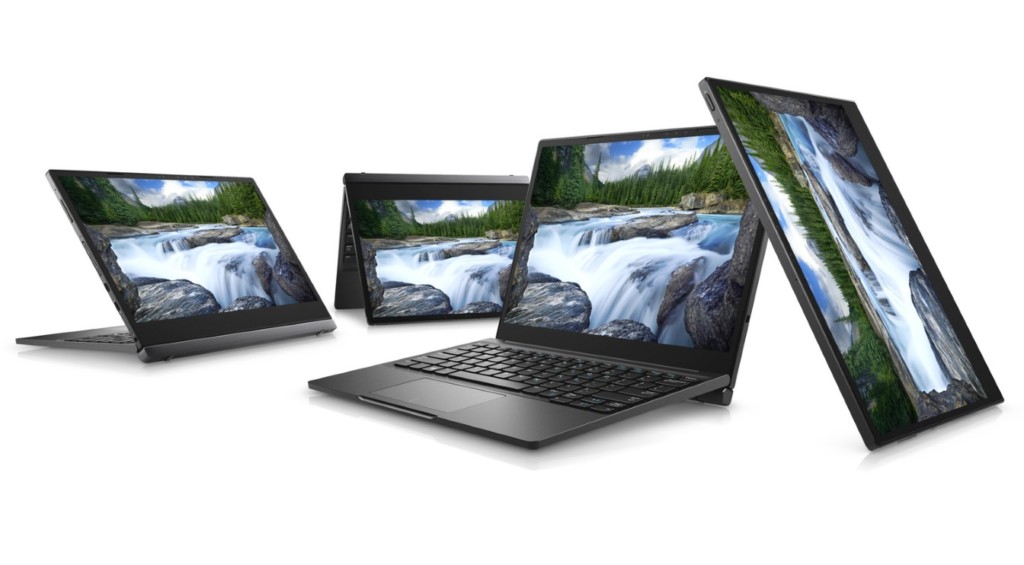 Dell brought a new 2-in-1 laptop with a lot of firsts in its hardware. The Dell Latitude 7000 is currently the thinnest and lightest laptop...

So, yes, please consider this for a future variation on the product. And if people can offer me a decent workaround that I can use, preferably with or replacing my folio case, then I’m all ears!

You can get magnetic connections for USB-C (plenty of threads on this in the community). If you find a way to mount one of the cable, and always set the V the same way next to it, it’ll automatically plug in and charge.

I generally carry the V round in the folio case, and when I reach home I place it, in the case, on a particular table whilst I go around doing things at home

I tend to forget to charge it

If you always keep the charging cable in the way so that you have to move it to set the V down, it’ll help you remember to plug it in and charge it.

Furthermore mave the volume buttons should be located on the other side of the device and also be textured. I sometimes find it difficult to distinguish the two.

I think texturing is necessary, regardless of where they are. The power button is especially difficult to find by touch.

Are you guys really willing to pay more for this? Just to avoid making the titanic effort of connecting a cable?
Really, I’m starting to think that the whole What’s next? category is kind of a huge joke (at least 95% of posts).

Really, I’m starting to think that the whole What’s next? category is kind of a huge joke (at least 95% of posts).

I want the next V to be 9 core, solar powered and a cybernetic implant.

DUDE I want the next V to be Optimus Prime!

Good idea: to keep your keyboard alive on BT (if there are pogo pins and/or inside cable problems).

If it becomes true, what may the charging station looks like…

It will probably make the most sense for it to be a new IKEA wireless charging table where you throw everything onto the desk and it charges it all at once.

I can throw my girlfriend on there and charge her too.

Maybe one end of the table can also be used as an induction cooker where we can cook on it, and keep the coffee pot hot as well, since it’s all similar technology.

Can the center (or any part of the chasis) of the V aluminium chasis have some kind of holes which incoperates the wireless charger modules?

Or make it plastic to enable an GPS antenna.

What about removable battery instead? So the device ships with 2 batteries and a battery charging dock. One battery stays in the dock, the other is inside the tablet/laptop. When you run out of battery, just swap them out. You go from 0 to 100 in less than 10 seconds.

Ideally it should also have a tiny secondary battery (less than 10 min battery life) on the device so you don’t have to power off the device when swapping the primary battery. Here are some examples:

Wireless charging and fast charging in particular imo are the best examples of an overcomplicated first-world-solution to a first-world-problem that they artificially created. It is something that can be solved cheaply using a trivial “technology” that has existed for decades, which they removed so they can make the case to sell all their new technologies.

Do you know what’s better than wireless charging and fast charging? No charging at all.

While I really like the idea of a removable battery (especially because your device does not become next to useless when the battery gets old), I’d love to see a way that incorporates both.

I imagine you also intended the device to be chargeable the normal way (by plugging in the cable), so you don’t end up in a scenario where you swap batteries, forget to load the empty one and after a few hours both batteries are empty and you have to wait for one to charge until you can use the device.

If we should go for swappable batteries they should be incorporated in such a way that you can pick between a smaller/lighter battery with lower capacity or a higher capacity battery that increase the size/weight of the device.

What could be the weight of such a battery solution?

Wireless charging would be neat, especially if the keyboard could charge on its own. Swappable batteries are a great idea but, I believe, the reason they are no longer popular is largely because a battery alone weighs less and, more importantly, can take up considerably less space than a swappable + cradle.