If it hasn’t been done yet, a comparison of the V to the new Samsung Galaxy book, including performance is probably in order. I believe the Samsung has a U class processor but a much slower interfaced SSD, so I am really not sure which way this pushes the needle. I know it has a smaller battery, less ports (USC-C only) and an Amoled screen, all together I don’t know how the comparison would fare, but it should be in a back pocket for Computex. I believe the screen resolution is lower, but the Super Amoled screen brings other characteristics to the table. And the lack of a kickstand should be a measurement. At least an interesting comparison.

That Amoled screen is apparently one of the best, but it’s twice the cost of what I paid for my eve v, so unless my eve v has serious issues I think my decision was a good one!

They already announced the prices?

$1199 with an i3, 128GB and LTE. Its available from Verizon right now. I think the limitation that they are only offering the initial machines with the minimal configuration is an issue, but that’s me.

Gizmodo has a scathing, dismal review. Long story short, it has a gorgeous display. But the pen is cheap and awful, it gets too hot to the touch, there is no stand built into the device, the keyboard cover is flimsy… You get their point. 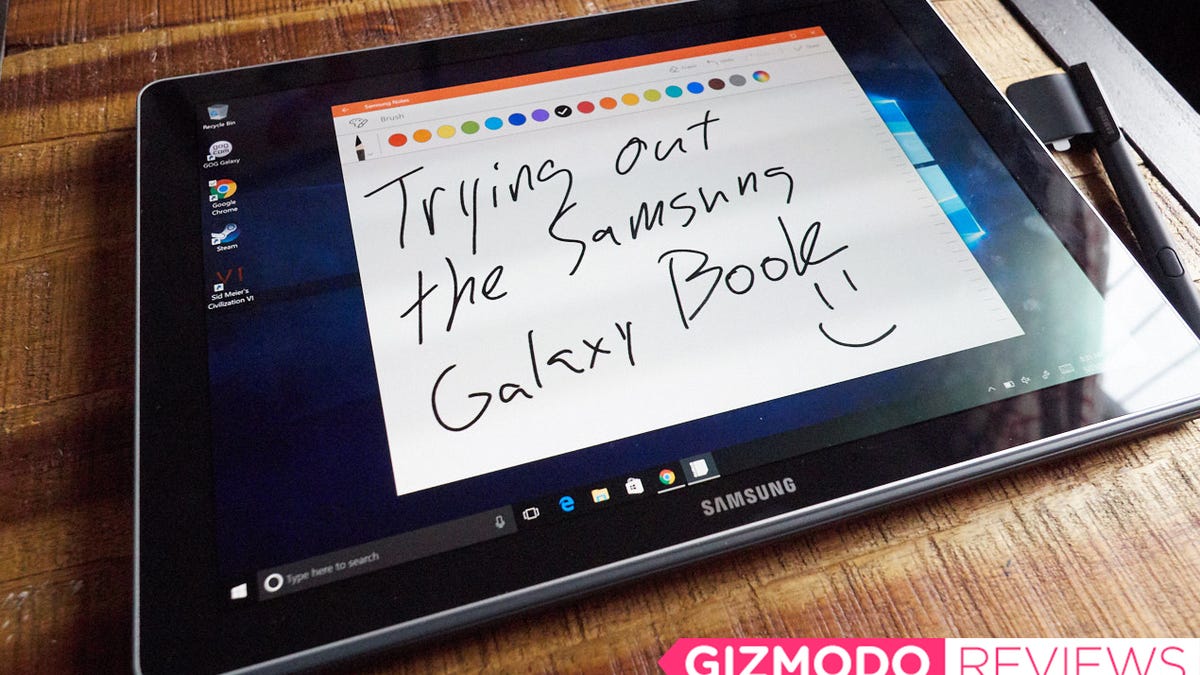 Even in a Microsoft-free world the Samsung Galaxy Book would be a frustrating device. Ostensibly it’s a Surface clone: A souped up Windows tablet with a pen for drawing and a floppy keyboard for typing. In practice, it’s an expensive machine that has...

This review said it was pretty good. Yes the stand options are worse, but doesn’t sound like a complete flop. Although different strokes for different folks.

Translation, Gizmodo is behaving more like analysts these days, meaning their opinion is swayed by who provides additional funding. It should not be that way but…