There seems to be a magnetic connector that supports not only charging but also all USB C and Thunderbolt 3 functions. 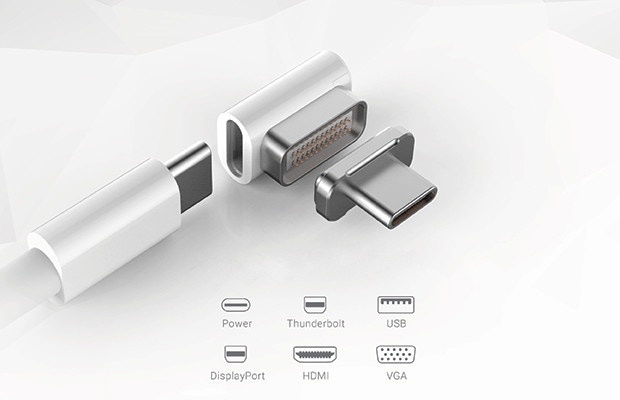 Neat, but i dont get the light, what added value does it have?
Why nowadays all stick high output low dispersion neon color leds everywhere, why? It has to be decent, so that it does not distract… you turn the light out and the TV has a super shiny led, the ac adapter has another and so on…

So you use this adapter with your lets say V in the night and there is this light shining 1 cm to the side of your screen, how distracting that will be?

Thank you! I was going to miss the magnetic connector on my surface tablet, so I appreciate you taking the time to share this

And so is the price…

This could be good but there is apparently a connection to ZNAPS so it may be a scam.

After all there have been no real products of this kind released yet that work this well.

, nice idea, but I can’t agree if this is real innovation to celebrate steve blablabla…, cuz its similar like this too : 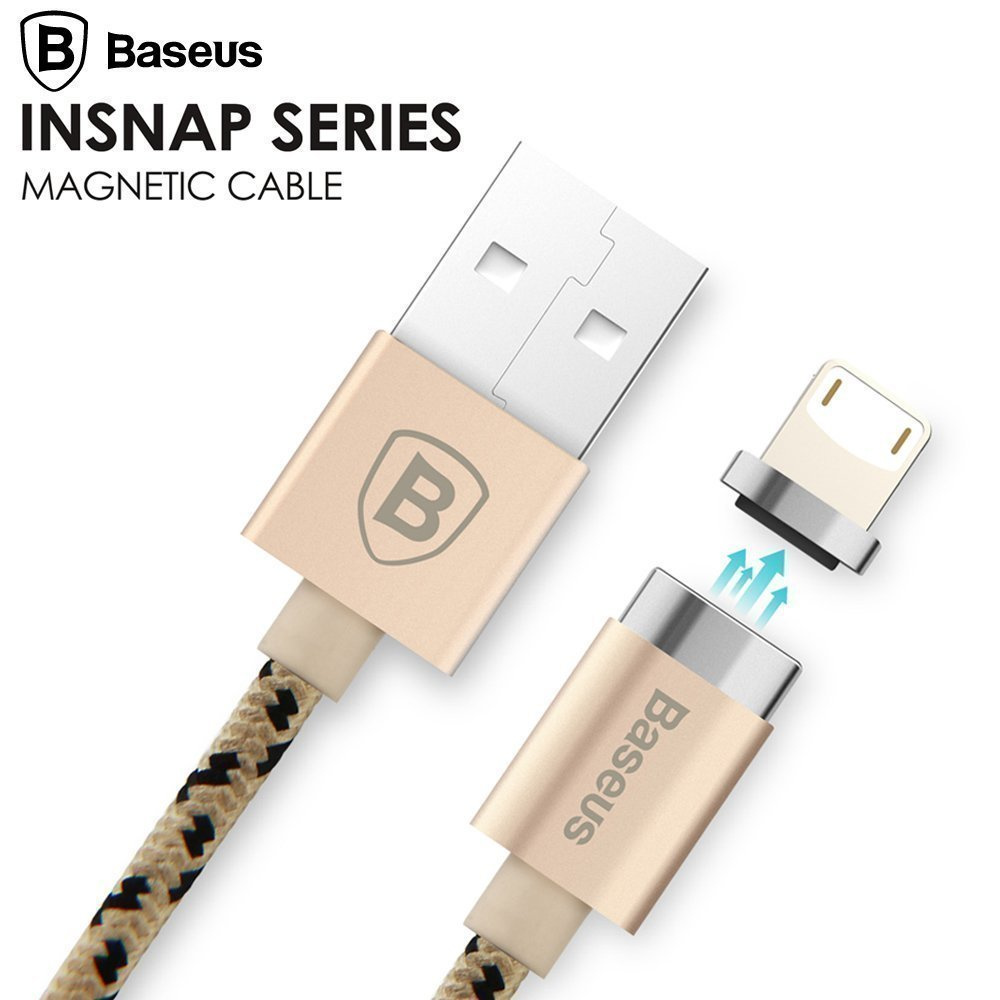 Yeah, there are plenty (plenty!) of such adapters. The only thing they did differently is add more contacts (now all 20 are usable), a super bright blindening LED and overprice it. I had a micro USB magnetic cable that I bought for… $5 or something like that. I can’t imagine how adding more contacts to essentially the same design (it even looks the same) would cost 10 times as much.

Thunderbolt 3 requires an active cable, so it’s not the same. There is a chip at each end of each Thunderbolt cable that transcodes data before and after going through the actual cable. So it’s pretty accurate to say it’s an entirely different world…

I would not compare prices of Micro USB and USB C. But I also do not want to start a new USB C discussion

I just thought that I share this project, since there was the problem that only charging was possible until now.

The parts cost the same for both types, micro B and C. So yeah I will compare prices.
And data transfer has been possible for quite a while now… The reason it doesn’t get very popular is that these magnetic adapters always result in small interruptions. So if you’re transferring something, and you move the cable a little, the connection will weaken for split second (unnoticeable when charging), and the OS will pause or cancel the transfer. So you’ll have to keep hitting that resume button, or in a worse case restarting the transfer.

I know 3 protocols using USB-C (there might be more)

They want to differentiate 1 from 2 and 3.
But what they saying is 1 is totally different than the base the three have in common.

I might sound to strict. But that’s an official statement that is not precise.
This looks like they don’t know what they are talking about (and sell).
That’s seems to me way more unprofessional than any “Oops” key.

USB 1.1, 2.0, 3.0, 3.1, they all are the same protocol, just different iterations. They’re all compatible with each other. Thunderbolt 3 isn’t, it’s a completely different thing. The only thing it has in common is the physical connector, but it’s like saying a fridge is the same as a kettle because they both use the same electric plug…

Thunderbolt 3 requires an active cable, so it’s not the same.

Specifications say you need an active cable when you’re longer than 50cm (could also be 100cm but I’ll go with the conservative answer).

Hmm, I’m pretty sure passive cables can only provide half the bandwidth. For 40Gbps you need an active cable even if it’s 10cm long. Or don’t you? ;D I found this information long time ago, it might be outdated.
(nevermind, passive cables can apparently support 40Gbps up to 50cm too)

Yes that’s what they want to say.
But they say something like the fridge and the electric plug are different worlds.

They want to say
A fridge is totally different than a kettle.

They say
A fridge is totally different than an electric plug.

A fridge is totally different than an electric plug.

Which is still kinda true …

Yes.
It’s not the best example.

But you can say a fridge needs an electric plug to work (must if them there are some that work with gas for camping and so on).

Anyway. I think it’s clear that they didn’t use the exactly right technical wording.

Haha, yeah that’s right. People so comminly confuse USB type C for USB 3.1 that I guess I don’t notice it anymore. But even though the wording isn’t accurate, it’s still correct… Thunderbolt and USB (regardless of physical connector) are indeed different worlds.

Now that we are talking about ports, I would like to see in the future a “heat port” ( or maybe it all ready exists).
All though it might occure as a heat point problem it would be so nice to transport the heat from inside to a warm balnked or heated mouse or such. It’s so frustrating that the conputer runs hot but your fingers are freezing.
And I know that you can buy usb-heated things but it is not the same. “Heat port” would rather cool the system than add energy consumption.