I have some professional audio gear from PreSonus. It is only 3 years old, but it’s only port for computer connection is FireWire 800. Can anyone advise of any solutions they are aware of? Could this port be added to Donald Dock?

Frankly firewire is old, obsolete, and shouldn’t be used anymore. Adding such a port to Donald Dock would just be a waste of space.

If you can get one a firewire to usb cable would be the way to go, but I have also found a dock and adapter (linked below). The Apple adapter goes to the previous Thunderbolt port, but you can get adapters from that to Thunderbolt 3 (also shown below). According to Apple these will only with with MacOS/OSX, so it may not work with Windows or the V. 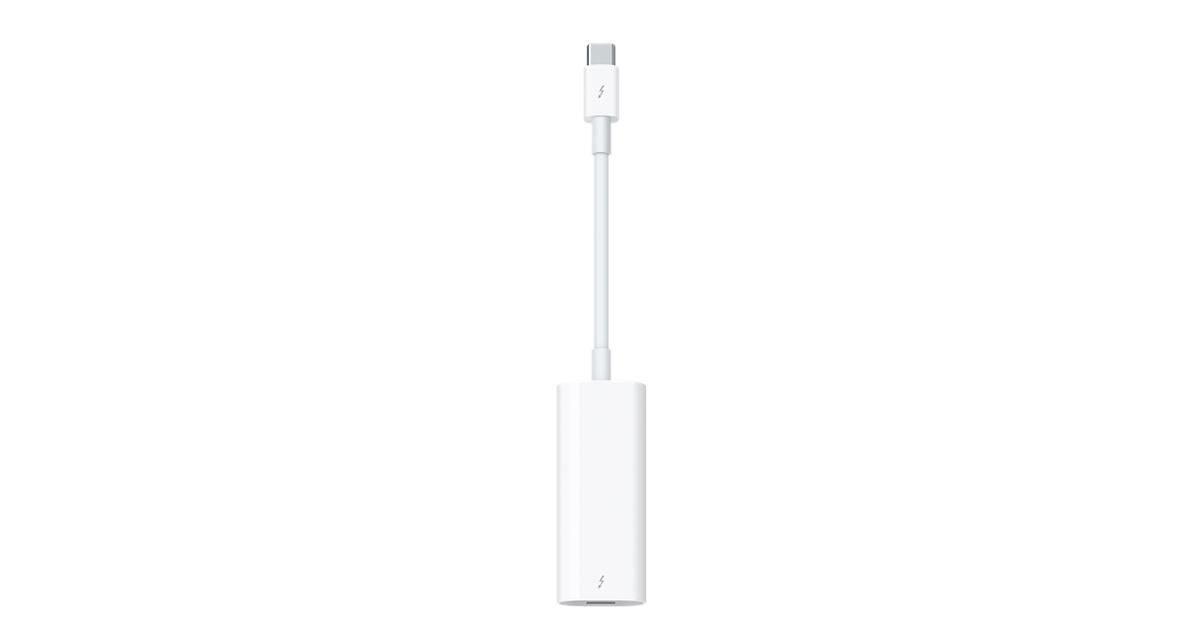 Effortlessly connect your Mac to a Thunderbolt 2 device with the Apple Thunderbolt 3 Adapter. Buy now at apple.com

I understand that firewire is old, but I have many thousands of dollars invested in professional audio hardware that I cannot afford to replace, and firewire is the only option to record 64 channels of audio simultaneously from this hardware. I’m not talking about Firewire support for a hard drive. I have already ditched my 6TB Firewire external drive in favour of USB 3.

I do have a 2013 MacBook with a Firewire 800 port, and that is what I am using to record at the moment, but I was hoping to start using my V instead, since the MacBook won’t last forever.

I did find the OWC Thunderbolt 3 Dock on line, but it is a Mac only device. I wrote to them to see if they had any intention of providing Windows drivers, but have not heard back yet. This would be my best option, for sure, but they have not provided Windows drivers for their previous docks, so I am not hopeful.

I’m trying to avoid a kludge of adapters, hence my interest in Firewire on Donald.

I understand where you’re coming from, I really do. But it wouldn’t be good for Eve to include an obsolete port on their dock for just a handful of people. Of coarse in the future poles firewire can be listed as an option, and if enough people vote for it it will be worth considering.

Also, if all of your equipment only works with firewire (which is almost strictly an apple connection), there’s a good chance you’ll have problems using it with Windows. This might also mean that (due to patents and things of the like) including firewire would be a huge hassle for Eve, and making it compatible with Windows would be even harder.

You can buy firewire PCI cards to stick in a desktop, and for professional level production it probably would be better to use a desktop anywase.

In my opinion, your best bet would be to get your hands on an old Mac Pro tower, throw plenty of RAM inside, a couple solid state drives, maybe a faster processor if it’s compatible, and MacOS and Windows 10. See which one works better for your use case.

firewire (which is almost strictly an apple connection)

That’s not true. I used to edit video and sound on
a number of both Windows and Mac PCs since about 2000 and have always had FW on all of my machines. Especially to keep external hardware compatible to both worlds.

blanchebear:
In this special case, maybe Presonus can offer or at least recommend a solution since SOME of their customers will run into this problem. Also AES is not too far away (4 month?), might be they have sth. prepared. I also had good experiences showing up at manufacturers’ booths on exhibitions talking to them directly and in person, if that’s an option for you…

Actually, I just found by first try the Presonus SL-Dante-Mix card which might deliver what you need: FW 800 and 2x LAN-Ports. Only thing is, it’s for desktop machines and you would need sth. external and stand-alone. - But with this in mind, I’d rather say do some depper research or give them a call at Presonus, it’s not far from what you’re looking for.

Sorry, I forgot we don’t have any LAN port on the Eve V. So, another box (Donald Dock or whatever) to carry for working Dante… I think I get your point, now.

That’s not true. I used to edit video and sound on

a number of both Windows and Mac PCs since about 2000 and have always had FW on all of my machines. Especially to keep external hardware compatible to both worlds.

Firewire was invented by Apple for Apple. It has been used on Windows computers in the past, but it wasn’t very common for Windows and hasn’t been implemented by a Windows manufacturer for a few years now - especially not for Windows 10.

The new PreSonus hardware has already dropped FireWire in favour of USB. They are, however, continuing to sell the legacy equipment that I own.

Regarding using a Desktop, I already own a MacPro 6 core Xeon machine with 32 gigs. I have no problem connecting my devices to it, because it has Thunderbolt 2 and not Thunderbolt 3 ports. My need is for recording in the field, where I will not be dismantling my home setup to take with me. That is why I use the MacBook Pro at the moment, but would like the option of using my Eve V.

While I appreciate your comments, Jamil, I’m not looking for suggestions on how to do my job as an Audio Engineer, or what ports or what hardware you feel I should be using. I’m coming to the group with a concern that is not addressed by other hardware in the market, and attempting to make my case. You are welcome to disagree with me, but it doesn’t make my request or my concerns any less valid.

As has just came to my mind, because you can buy PCI cards for Firewire, it may be possible to rig an eGPU-like setup to use the card through Thunderbolt on the V. I’m not sure how well this would work, but it is something to consider.

This one is the only one I know of with the FW port and that is discontinued in the upcoming new TB 3 Dock from OWC. The best bet is to take this one, but surely “safely” test it if the V would work well with it. I have no information about the power delivered from this dock to the V and if compatible?!

I myself have some external LaCie hard drives that use FW and this is the most suitable port for them.

Please, let us know your results should you decide to test the OWC TB3 dock with FW port. This is much appreciated. Thank you in advance.

I too am needing a way to connect FireWire to a new laptop.

FireWire is a much more valid connection to support than old monitor ports because FireWire audio equipment is worth big money and despite it’s age is good qaulity and reliable. There is thousands of dollars in FireWire equipment in any audio studio around the world to this day.

There seems to be 2 options I can find for getting FireWire out of a new laptop. Startech offers a tb3 for pcie card adapter which sells with a FireWire card included, but it’s not cheap. Starttech and sonnet both sell various tb3 to pcie card adapters. 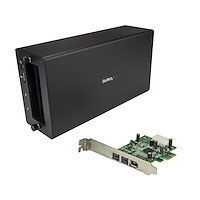 I contacted OWC to find out if they had any intention of supporting Windows for their Thunderbolt 3 Dock. They advised that they are seeking Windows certification at this time, so it will eventually be a supported OS for this device. They declined to provide a time frame for Windows support, so I just keep checking back to their sitehttps://www.owcdigital.com/products/thunderbolt-3-dock

They are now saying the device will never work on windows.

Hi, Alex. Were you speaking directly to someone at OWC, or where did you here this information? Thanks!

Oops! Where did you hear this information?

I own the OWC Thunderbolt 3 dock. It is both Mac and PC certified. The Thunderbolt 2 dock was not (but it did work on my Asus notebook as well).

Firewire on the OWC Thunderbolt 3 Dock works through TB3 port on my Asus notebook. Have not tried it on the Eve yet. Will do so when I have the time for it.

Gustave, that is awesome news! I contacted OWC again myself recently, and they wouldn’t say anything about Windows certification. In frustration, I found the Belkin Thunderbolt 2 dock with Firewire. I just ordered it and the Apple TB3 to TB2 adapter a couple of days ago. I consider this a bit of a kludge, and I sure hope it works!

I would have far preferred to go with the OWC dock, since it is natively TB3, and will also power the V from a single cable. If you get the time, please do try your OWC dock on the Eve V and post your results here. Even though I have already purchased a solution, I would still be game to buy the OWC TB3 dock.

Thanks for finally giving me some hope!

Gustave, a follow-up question, if I may? When using your OWC TB3 dock on your ASUS laptop, what sort of FireWire devices are you supporting? Hard drives? Audio interfaces? I’m wondering whether it’s going to support 64 channels of audio.

I only use it to connect my old Sony Handycam DCR-TRV520 with its IEEE1394/Firewire 400 port to my notebook. So I cannot be of any use to you there.