My V is haunted! is there any exorcist here?!

Hello friends. As you may know I love my second V with all issues it has. But something unusual has happened recently…

I was working in the evening last saturday on comfortable chair. when my beautiful wife entered the room, humming quietly (silently!) the song “Hanging tree” from Hunger Games. She said: darling, the moon of my life, put away this computer and let’s play on Xbox. So I did it. I put V on the side table and closed the keyboard. I turned on Xbox, TV and started the game. After a few minutes, we heard voices, silent voices. We looked at each other and started to look for the source. It turned out that V turned on, entered YouTube and launched … “Hanging Tree”. We were shocked, it could not have been a coincidence. I have not listened to this song either now or even lately …

Something worse happened on Sunday. My wife dared to say that V is haunted. I think V got angry because after starting the computer from hibernation in the Google search engine The graphics were sophisticated phrase “exorcist”, which is a film that my wife is afraid of the most.

I scanned the computer with Windows Defender, I also downloaded several other applications of this type. No virus found (which does not surprise me). So I would like to ask:

I’m quite scared. I would send it back to Eve but I’m afraid that the demon will switch to other devices. 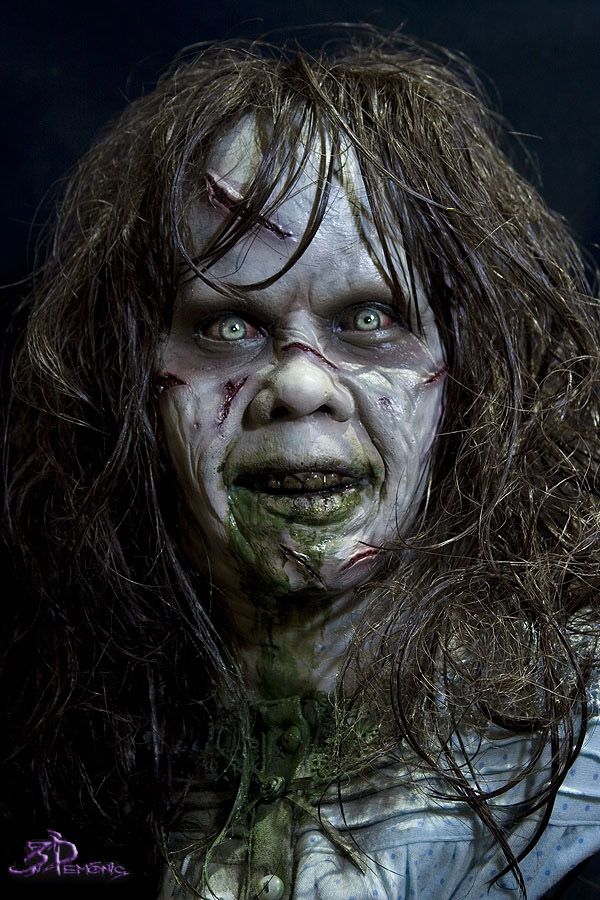 I know this soft, but I think it is writing Demons on CD/DVD. I don’t want to secure demon but to erase it!

You should write a letter to the V-atican asking for an exorcism. it seems to be a common instrument in Poland for demon fighting…

While I was trying to quote you though, your post kept morphing. I don’t know what’s up with that. Your beautiful wife became your beautifulwifeentered 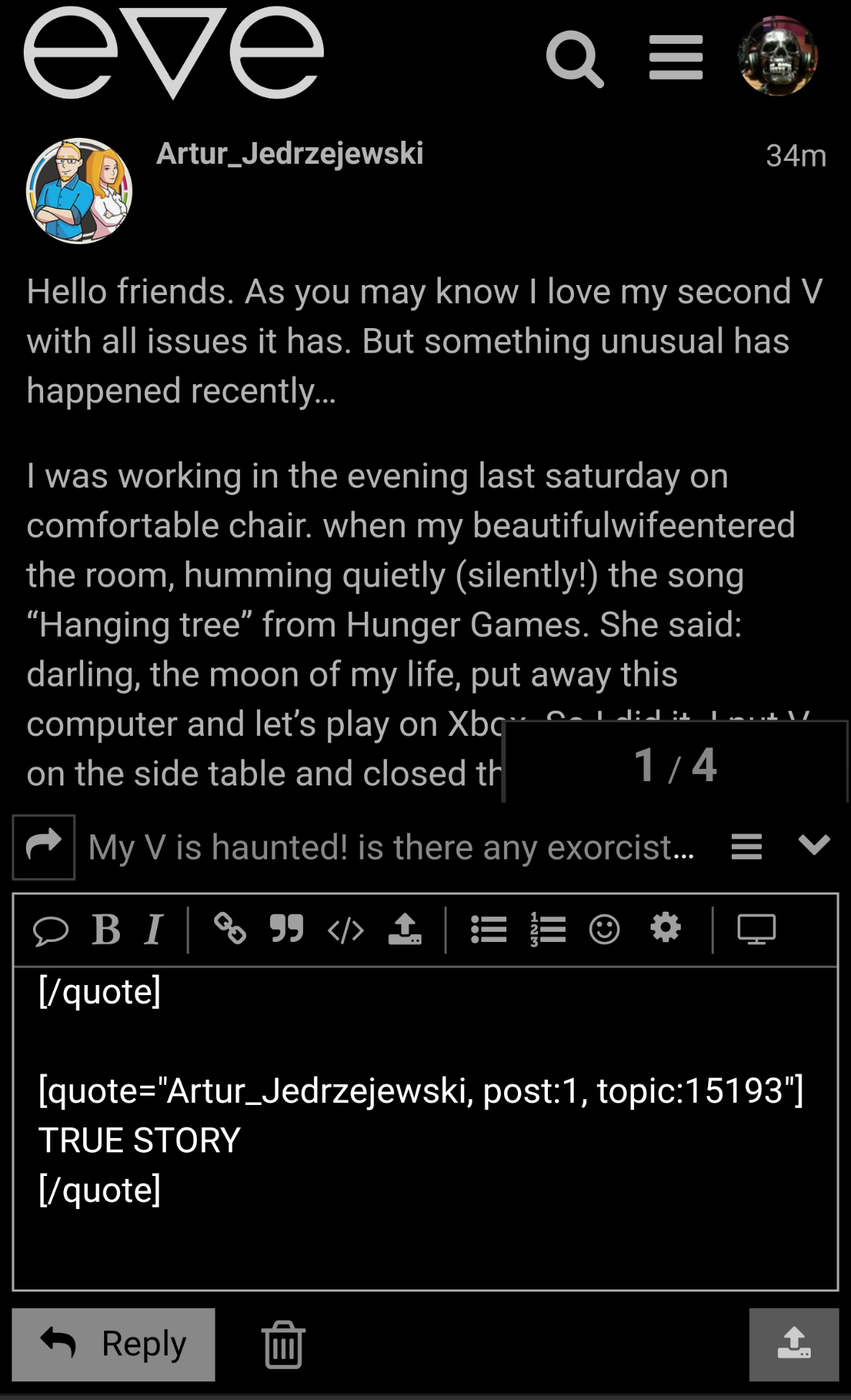 LOL I forgot to include the only part of my reply that would have been useful!

Try disabling the touchscreen and/or leaving your V with the keyboard detached - tbh it sounds like the ghost touch problem + touch keyboard being pulled up.

As I recall it makes virtual drives. You could try to move Your daemon there and than switch it off…

So for his V to not randomly do crap he needs to disable an important part of the reason to have it. Not much of a tablet if it only works properly with a keyboard attached.

It could be possible that Cortana is activated and reacts.
In that case it is a very modern type of demon, discovered not too long ago:

Sorry mate, but in my country there is no Cortana…

just a reminder of several things (without saying it is one of those:
-trojan (even with an AV you are not protected at 100%, and even legit sites can sometimes be infected especially)
-some hacking through one of the wireless peripherals
-Is Google always listening: Live Test - YouTube

Putin (FSB/KGB) is watching you …

Am I guessing right that you use this wallpaper? 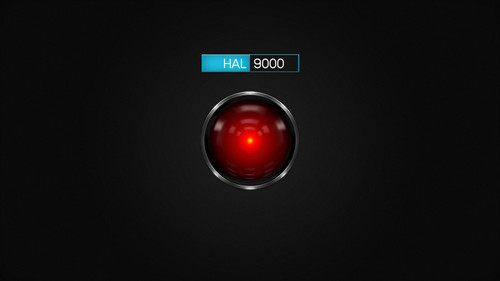 If yes, please try not to remove him, it’s dangerous.

Do you know where it actually comes from? the idea for HAL 9000

HAL 9000 is a fictional artificial intelligence character and the main antagonist in Arthur C. Clarke's Space Odyssey series. First appearing in the 1968 film 2001: A Space Odyssey, HAL (Heuristically programmed ALgorithmic computer) is a sentient artificial general intelligence computer that controls the systems of the Discovery One spacecraft and interacts with the ship's astronaut crew. While part of HAL's hardware is shown toward the end of the film, he is mostly depicted as a camera lens co...

Here it is! It’s from fiction “Space Odyssey”.

no, before that I mean…

well it’s just a rumor but from HP9000. Best server ever

joke of course. HAL was the source of inspiration of HP

by the way if you want your own one: 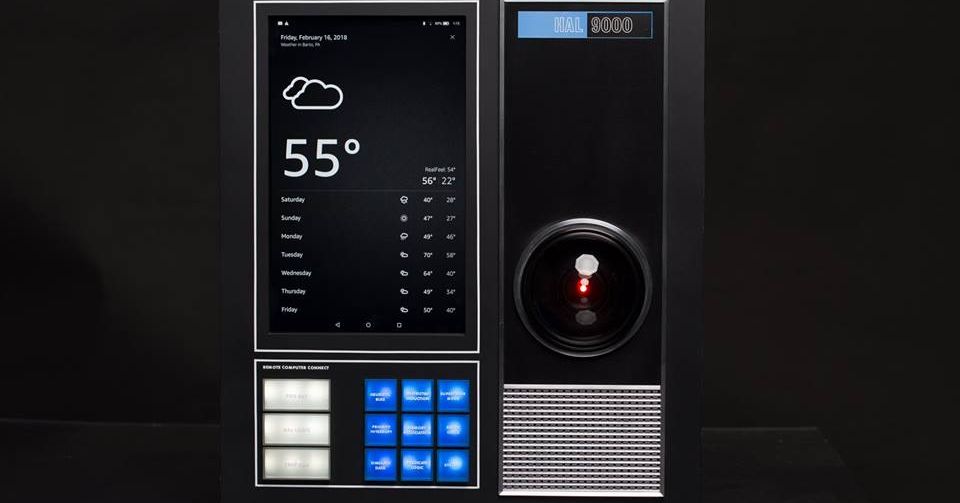 Maybe don’t hook up your garage door to it

That is the very proof of demon operated cortana.
In fact that is a normal way for al-demons, you better be very careful.

So for his V to not randomly do crap he needs to disable an important part of the reason to have it.

Yes, an important part of troubleshooting is doing stuff.

Just like how an important part of not buying a V is coming back on the forum and making sure everyone knows how sour you think their grapes are.

I want to make some extra bitter vinegar soon and there’s almost enough sour grapes here for me to do it.

Then I suppose I can start my cooking classes since the EL James Book Club wasn’t started like you promised.