My hands on experience (i5 Model)

So, I had my V for a few days now and so far I am very happy with my purchase. I had to fight with my friends and family at every turn. Now, I can gleefully laugh in their face while holding my precious V. They are quite impressed with the computer and want to know when they can buy one.

The unboxing experience was a pleasant experience since I have never bought a device this expensive before. There was no dusts that some users had complained about and looked untouched. Sadly, I was missing some items such as my magnetic case and extra USB-C cable. I reported it to support and they’ll look into it for me

I was blown away by the screen. It is just so beautiful to look at and this true at the second lowest setting. I brought the screen brightness up to the max and WOW is it bright. Can just marvel at it while it murders my battery. Luckily, I haven’t noticed much light bleed. There is a little on the bottom but it is kind of hard to see.

The touch interface is good; however, it does have some ghosting issues occasionally if I close the my keyboard over the screen that forces me to restart the computer. Learned that If I put the computer to sleep first before closing prevents it from happening

Sometimes my screen auto-rotates erratically if it is seated at a certain angle.

Eh, the keyboard is not that good. I love the key travel and the feel of it but the trackpad is terrible. Often, I can’t even use it since the pointer jumps around or doesn’t react. Clicking the pad is also a chore. Maybe there is something wrong with my trackpad. I’ll hit up support about it.

So, far the V has performed as well as I expected. Ran some excel worksheets, document editing and audio encoding without any problems. The whole systems runs very smooth. No hiccups. Though I do have a problem with the computer going to sleep and not waking up. Also, Some times getting stuck on the boot logo and need to do a hard reset.

For fun, I downloaded some games off of Steam such as Guild Wars 2, Sins of a Solar Empire, Civilization: Beyond Earth and Divinity: Original Sin better than I hoped with the integrated GPU. Runs great for me at low setting with some dipping. Can’t wait until I can get a GPU for my eGPU case. Hopefully, card prices can start crashing soon.

Battery has been okay. Hopefully with some firmware patches down the line Eve can push the battery life up a bit more. So far, I am averaging about 6-8 hours on battery with the WiFi/Bluetooth off and screen brightness set to “darker” with Battery Saver on. With that said, it is still much better than my old laptop even when it was new. So, I don’t have much of any complaints.

Pen
It is okay for writing. No complaints other than wishing that the buttons were a bit higher.

Seems like you really have a defect keyboard. My trackpad worked wonderful so far

I should say the max. Voltage is -.050. Crashes as -.070. with temp around 98C. Have to disable one of the Intel monitoring driver in the device panel

A new pc is usually updating the os and indexing the drive often in the first days. This affects the battery-life significantly.

Would you increase the preformance of the V if you upgraded to liquid metal thermal compound?

Profile in the XTU after benchmarking. (Removed image since it can be misleading). Seems to hover between 2.5 and 2.8 under load with some dips and spikes. Cold weather. I’ll add some benchmark from pcmark and 3dmarks later

Probably won’t make a huge difference since due to power limiting. Not sure how effective a new thermal paste would be since the whole cooling system is passive and relies on phase changes and radiating off the skin… 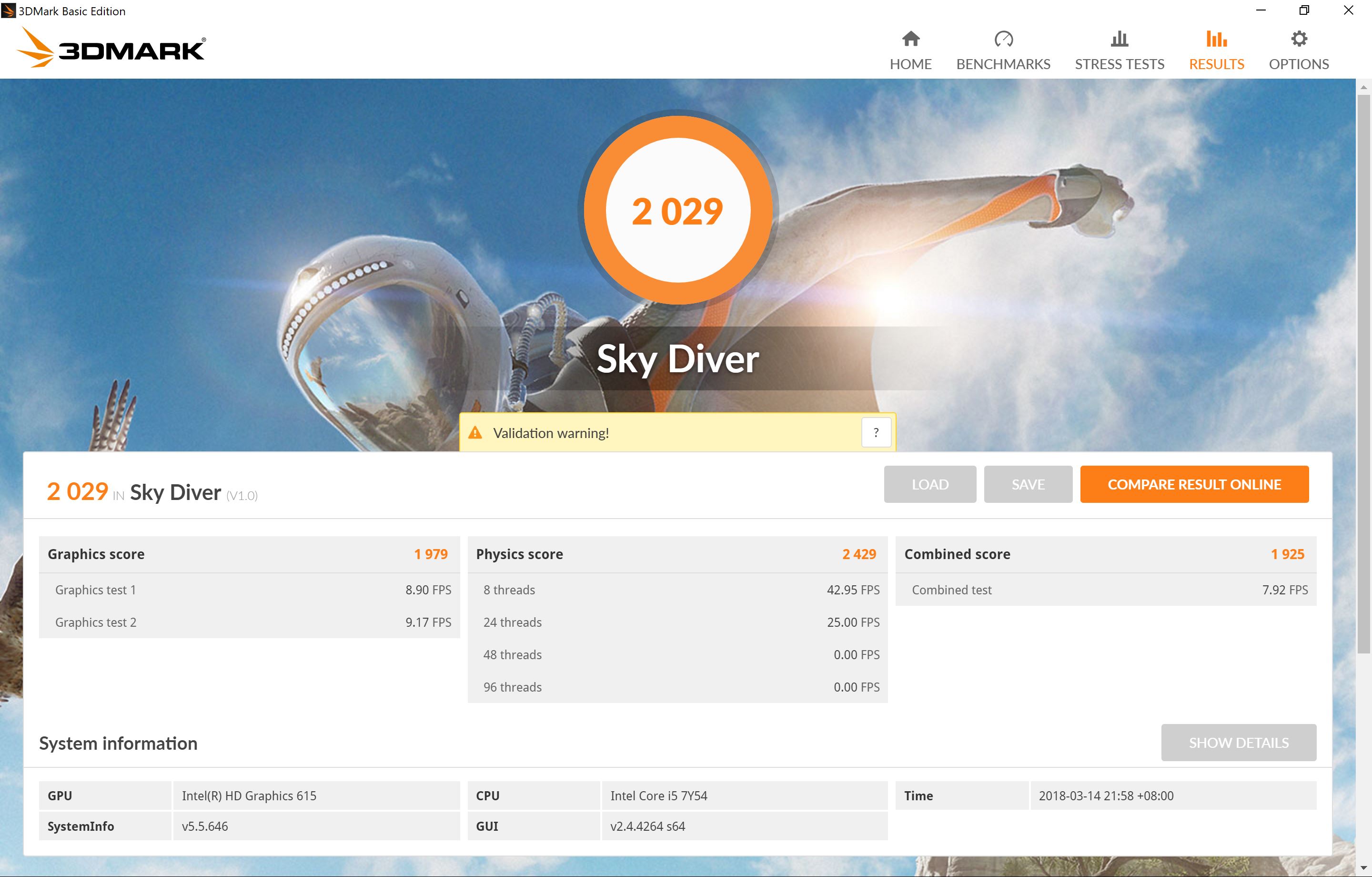 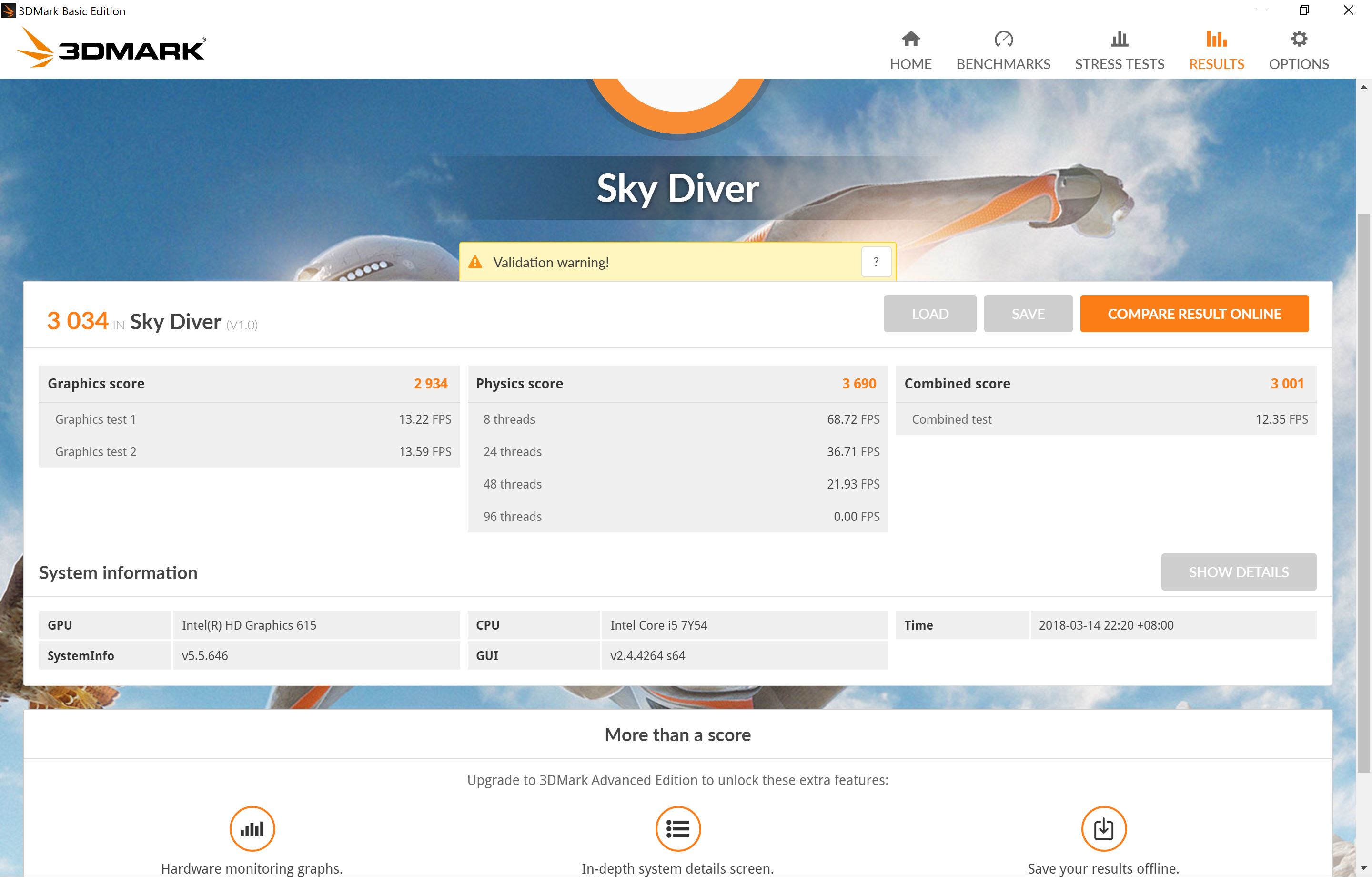