I found an article showing that microsoft is working on a new version of Windows code-name Polaris. 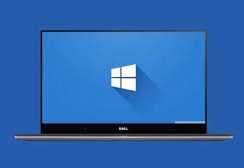 Microsoft intends to release a "modern" Windows OS, stripped of the Win32 legacy code and running only UWP apps. This might not be appealing to gamers or professionals that still need Win32 compatibility for the most popular games and apps.

It’s design for 2-1 devices like our V and also for notebooks and desktop.

Very interesting. I currently use an iPad mini a lot due to its portability but it’s pretty limited at times. A small Windows tablet with an app oriented interface would be a nice option to have.

Haven’t they done this before with Windows R on the 1st gen Surfaces? I don’t remember that being a resounding success.

Honestly, I don’t think a locked down version of Windows is a good fit for the V. Most people who will buy it (I suspect) will be enthusiasts: people who are happy to tinker about with Windows - something that this would not allow. But I’m happy to be wrong!

I still have my Lumia 2520 with Windows RT on it… It was ok but with the removal of Win32 it just didn’t make sense. Also isn’t Windows 10 S supposed to be that?

Almost every program in existence still have legacy code in it which is why all Windows versions including the current W10 come with backwards compatibility to allow these programs to run.

This is not a smart move…at all.

Also, this suspiciously smacks of virtualizating personal computers so that most if not all of everything is on server farms and the only way to access your data and stored programs is to connect to the internet. You all remember what happened to the Fappening leaks…and that was with phones. Now imagine computers!

Nothing will be private anymore and your personal files can be accessed by every intel agency, advertising industries, any police fishing for information without needing a warrant to search your personal data.

This is next level spying and I only shudder to think of how many ignorant people will happily buy this next windows version, thinking it’s an “upgrade” when in reality, they’re signing what remains of their private life away.

I read rumours that Windows S will be killed and apparently MS started to sell the Surface Laptop with Windows 10 Pro in the U.S.

But until now that’s still only rumours as far as I know. We’ll see. Wouldn’t be the first time MS kills something before it’s even really born

To be honest, I think they’ve done it already – with the ARM Win 10 machine. Win32 only runs in virtualization.