The Eve V is now on sale at Massdrop for a very low price. Amazing! 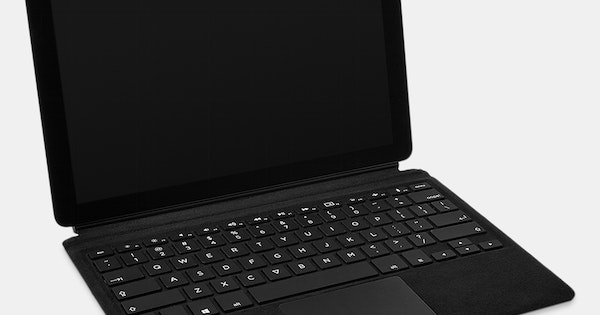 Drop exclusive price and reviews: Eve V 2-1 Detachable Personal Computer | Discussed, debated, and decided on by the Eve community (which includes more than...

I think it is unfair for those who paid full price year ago and still havn’t got V. Don’t you think @Konstantinos? I don’t speak about myself but we hear on community that there are such people.

This is to be honest something we need to do as a part of our funding deal. We only offer the SKUs we have available in stock. As for any order unfulfilled from the past year we try to get it shipped as soon as the ordered SKU is available. I am not the biggest fan of this but that is something we do to ensure everyone can get what they are promised.

I do not know massdrop. I guess I would have to be a member to know what it is about.
But …
@ “fair”… When I saw it, I thought the same thing as Artur, but also, is there anything what we call “fair” in the marketplace??? …

Massdrop ships only to USA, is it right?

Massdrop sometimes ships to other countries as well (but more often then not at outrageous prices and/or extremely long shipping time).

Just a small correction. I5 is 999 Massdrop made a pricing mistake:) so they put it out of stock temporary

Actually, I have seen special price from notebookcheck site news but decide to not post shits here since that would do nothing good for us and eve. (At that time. Now, it’s no matter.)

The V is also listed at bestware since beginning of the year:

Bestware belongs to Schenker (famous for their Gaming machines).
Also very interesting fact is that they state that they ship within 2 days.

Little sidenote although it might not be the right place:
It is very frustrating to see that right now it seems very easy for anyone to obtain an Eve V with german keyboard layout within a decent timespan even for 1300€ instead of 1600€ (just received a mail from Eve regarding that promo) and I am waiting since December the 4th 2017 for the one I ordered back then…
And the only thing the support answers me is literally always the same:
"We haven’t forgotten you. As soon as your device is ready to ship, you will be contacted directly. "

@Konstantinos @Helios I would really appreciate it if you would bring back the weekly community updates to refelct the shipping process so at least the ones still waiting for their Eve at least know where they’re standing.

Soon enough Eve would probably be another Drop competitor anyways, on the tech-side ofc. Though I’m skeptical on the reliability/speed wise (I’m not saying Drop is fast… but it’s realiable)

We’re doing many things now… monitor, headphones, dock, mini-pc. Personally… I don’t mind many projects, but I worry about specializing… We went from a tablet (T2), to an Eve V (1st Gen), and now it’s superbroad. I have to say… community wise Drop would win because their format/community is much larger and established (e.g. audiophile, keyboard, tech/monitor) with millions of follower.