Lenovo and Intel take the first step toward eliminating passwords 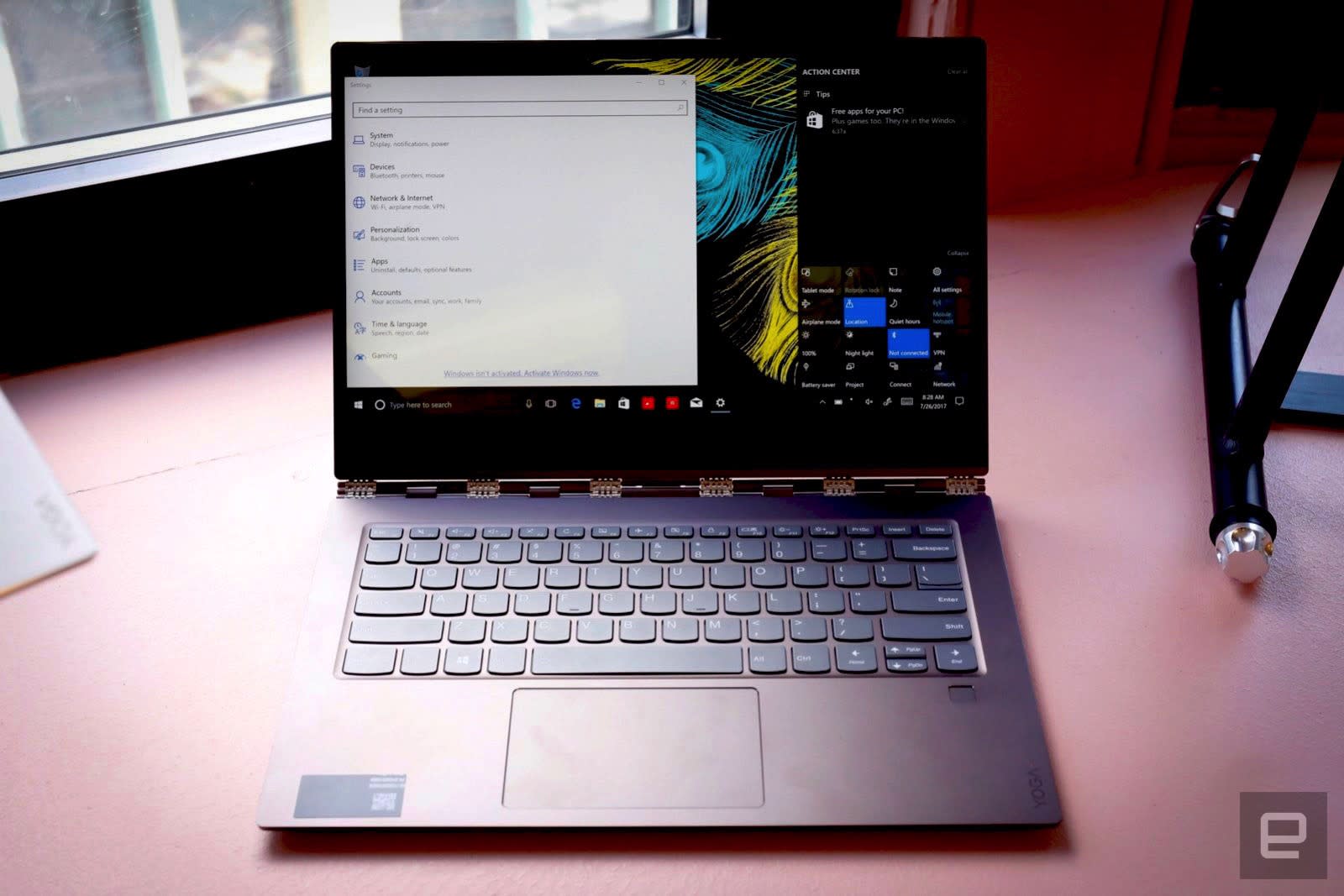 Passwords are one of the weakest links when it comes to our online security, and we may be one step closer to getting rid of them altogether.

Since the Eve V has a fingerprint reader and Intel seventh gen processor, is this something that will be implemented at some point?

in all honesty though, i think passwords are WAY safer than fingerprint.
This is simply because you can’t change your fingerprint, and because you “show” that to literary anyone and anything you make contact with.
So no, don’t give me this “passwords are bad” speech. It’s a false assumption.
Of course, this implies that i actually remember my password, and i chose a good one.

It doesn’t matter if you have a 16 characters password, it can still land into a hacked database.

How’s this different from Windows Hello?

@Xify but the same can happen to your fingerprint… And if it happens, you won’t be able to change it.

On the other hand, if done right, fingerprints can only be used with physical access to your computer. So if you work in FBI, maybe don’t use it, but if you’re not diagnosed with chronic paranoya and don’t think you’re James Bond, you can safely use your fingerprint. You and your secrets are not worth the effort to steal your fingerprint and sneak into your house to use your computer.

Question though: how to you login the first time on your pc with a newly installed windows? with a fingerprint? whose?
Here’s a scenario: i am out of battery on my phone, and i need to login somewhere on another computer (and it has a fingerprint reader and all is needed). How can i login in this scenario?

Of course, with a password. A fingerprint is meant to replace your password, but only after you verify the device you’re using. Or did I get this wrong?
I mean, at least that’s how I would do it.

So then, passwords won’t be eliminated very soon (at all?) if this is the case.

Most consumer level fingerprint identification are not meant to eliminate password; they simply save you the hassle of typing a password on the keyboard.

And I don’t think passwords will ever go away at all. For example, even if in future the technology has made it impossible for someone to fool a fingerprint sensor, and every computer is equipped with one, you will still most likely need a password for extreme situations such as if you got into an accident and lost your hands.

No, they won’t. If this movement is successful, their usage will be reduced, but not completely eliminated. The reason for that is the fact that sending around fingerprints through the internet would make them just like passwords. They might end up in a hacker database for example. I don’t think anyone really wants to do that. I think this thing, and Windows Hello, work in some way similar to this: the fingerprint is verified locally, and then your password is sent to the server for authentication. So your fingerprint will only work on devices that already “know” your password and fingerprint. And you can always change your password.

You know, the issue with passwords is not remembering them. I can remember mine fine. The real issue is that if you make a secure one, it’s damn annoying to enter it every time. You know, lots of typing. Fingerprints are supposed to solve this, although V prototype recognized mine only 30% of the times I tried, so I ended up removing password altogether. (same with my phone)

But how would you type it without hands?

is, although V prototype recognized mine only 30% of the times I tried, so I ended up removing password altogether. (same w

You do have other pointy bodyparts :^)

No, I didn’t try the scanner with the other part… I mean, your comment made me curious now, but I think I’ll resist

They are surely thinking of a nose

frankly, i was thinking about one’s tongue, since that is quite an agile muscle

FIDO is a PITA and so overrated. This isn’t anything new, but the problem with the standard is it requires phone makers to implement it. I believe one of the more recent W10 updates means its supported in W10. But things like the iPhone aren’t FIDO compliant nor are a heap of Android devices. U2F has maybe some hope in a small use case but UAF I just can’t see getting up off the ground.
Having extension elements to a standard always end up meaning interoperability ends up going out the window. Not to mention the nice Yubikey crpyto fuck up just recently will kill the U2F space some more.

Could be fill-in science.
Heavily influenced by personal (murky ? noo!) inside structures.

Wait, my tongue isn’t pointy. Am I sick?

Wait, my tongue isn’t pointy. Am I sick?

As long it is not forked there is hope bro