Will Update this with all the funzies, but seeing how its 2am here - the short list:

V arrived at work, all good!

updated to latest windows and 10 pro.

but now I’m installing office and all of my other personal files so I can use it tomorrow… ill edit and format this post properly then.

That’s the same V I will have! It looks like the freezer didn’t help very much, about 1% for everything. Could you maybe run another test at 7W so we can see how much of a difference it makes?

I really like your userbenchmark tests, thanks for that!

Interesting that it puts the performance of the i7-7y75 as 98th percentile! That’s awesome! So at 12.2w we’re basically above all competition.

Too bad you’re not allowed to use it like that.

First ever sub-zero cooling on the Eve V

I couldn’t figure out how to access the bios. Spamming ‘delete’ didn’t work!

Go to UEFI by pressing Esc key during the startup.

Ok so heres the first impressions:

Bugs
I will be getting around to posting these bugs officially soon but as for now:

Overall, i dont think this blows surface out of the water, but it is a VERY nice computer. Again, @Team, fantastic work despite the delays and setbacks. When i am ever in Europe, how do i buy you a coffee?

The top USB-C (non thunderbolt) port is a bit deep. Deep enough such that the charger doesn’t quite grip it tightly. Ive noticed that torqueing the port slightly back such that the tapered side doesn’t push the cable out as much helps, but it is still difficult to keep the charger in when moving the V around my desk.

Taking an exacto knife and shaving off the sides really fixes this problem: 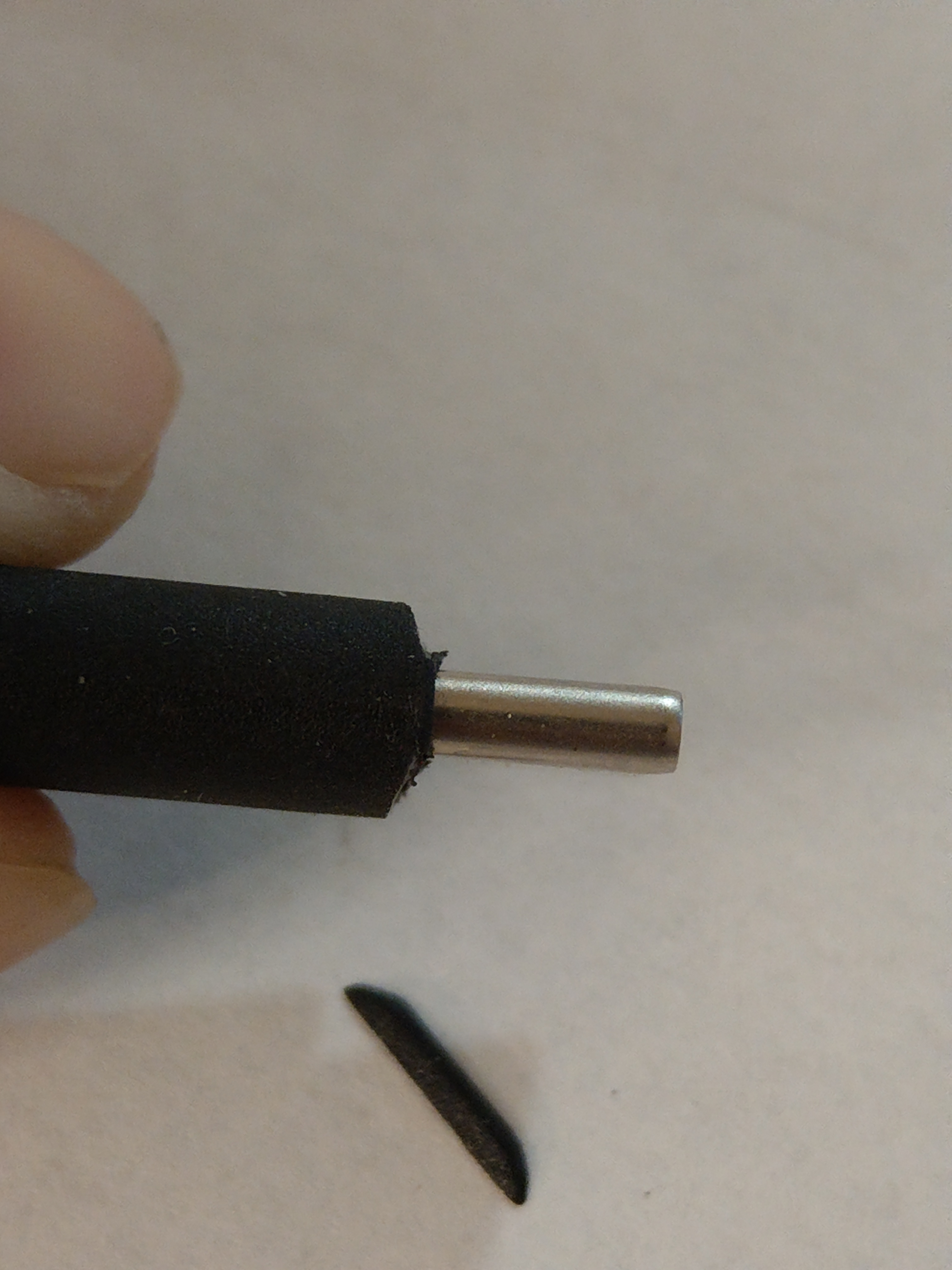 The fit is now much tighter.

Glad to know you fixed it but it would be nice to know if this was just your unit or a common problem so @Team could fix LBs.

This seems to be a problem with the port itself, and I don’t know how easily that can be fixed. Perhaps Eve will think of something.

there was another post on this that i cant find at the moment… so there are at least 2 people with this issue.

Out of curiosity, have you ever used an N-Trig stylus before the V since both of the devices you mentioned use Wacom? I’ve never had issues with writing on the Surface Pro 3/4, so I’m curious if your issues are from just not being used to this type of stylus (since Wacom had better latency, hover distance, and initiation force before the new Surface Pro) or if there’s a noticeable difference between the V and the older Surface Pros. The SP’s writing experience didn’t get really good until the 2017 version.

i have the same problem with the usb-c 3.0 (the upper one) the cable does not go all the way in. its its not very tight, wobbles a little. usb-c thunderbolt is perfect fit.

Hmm, no i haven’t ever used n-trig, but I dont remember the surfaces being this bad. Ill try to compare sometime if i get the chance.