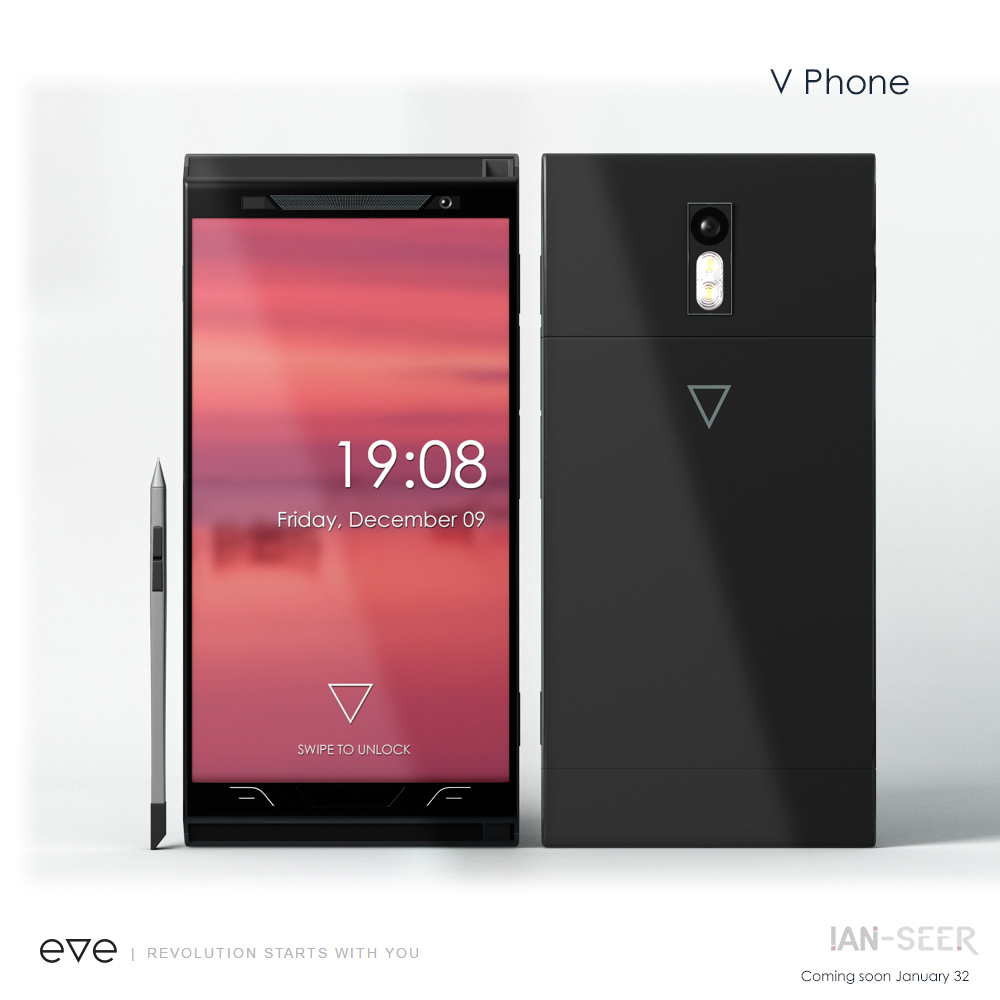 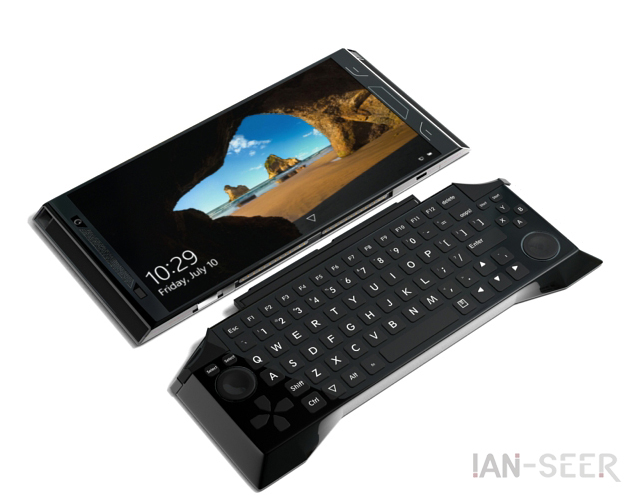 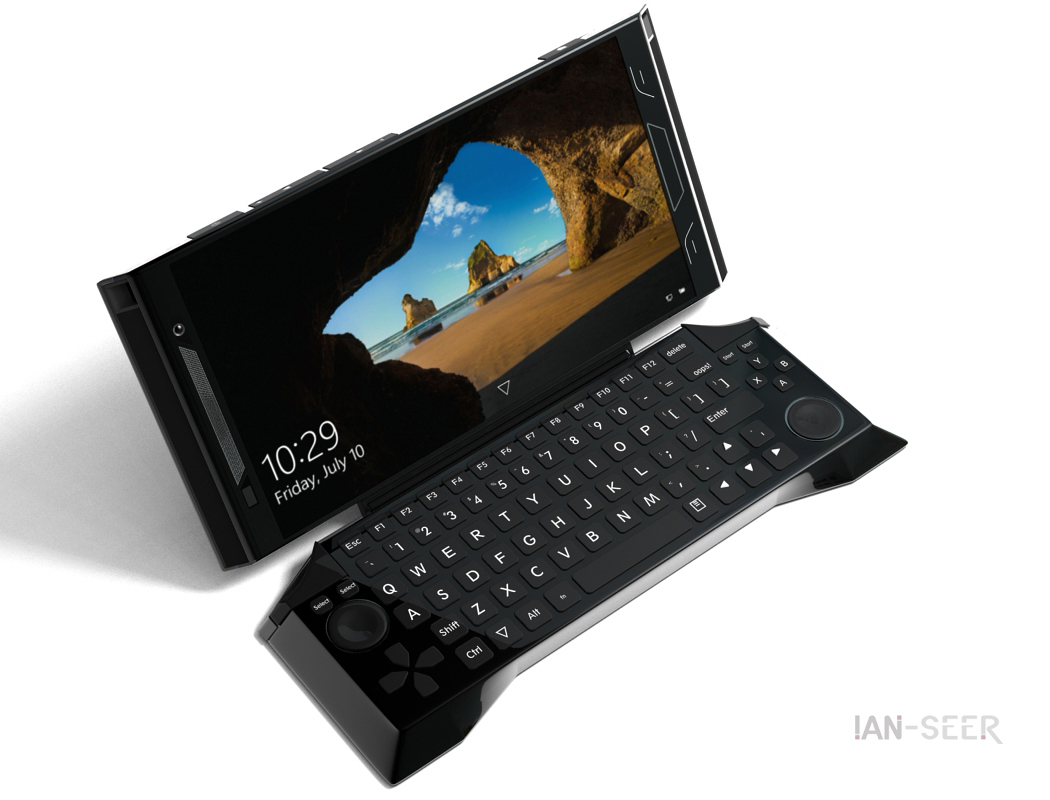 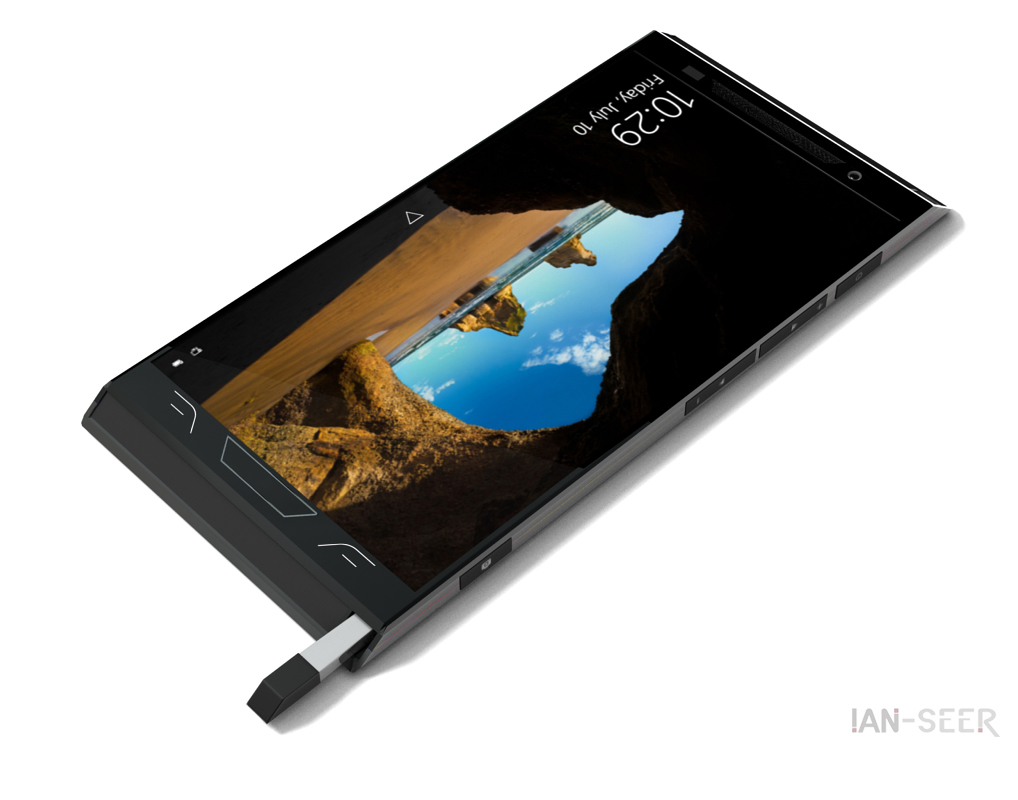 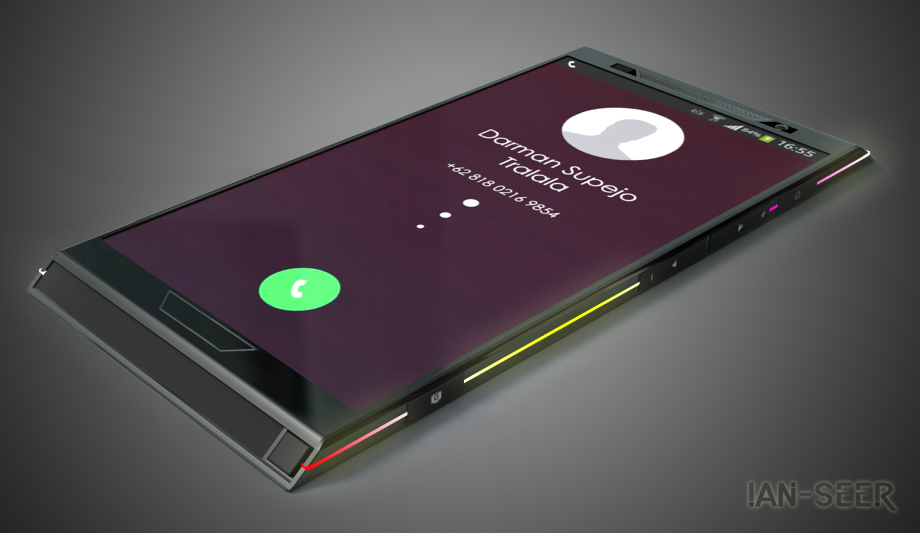 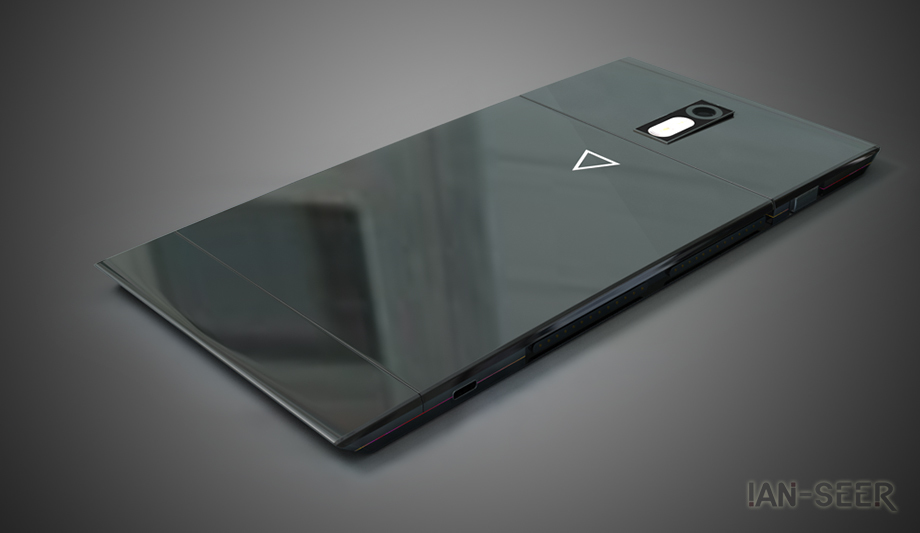 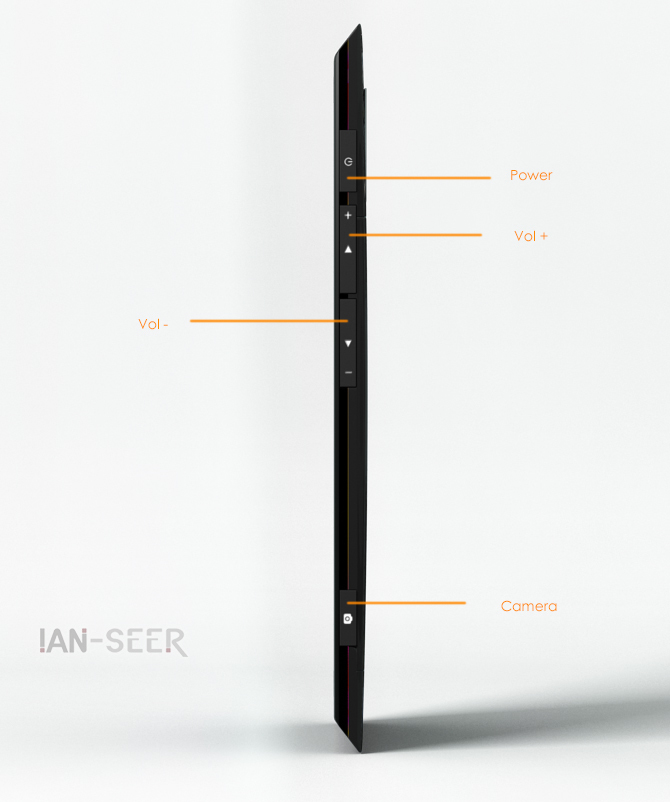 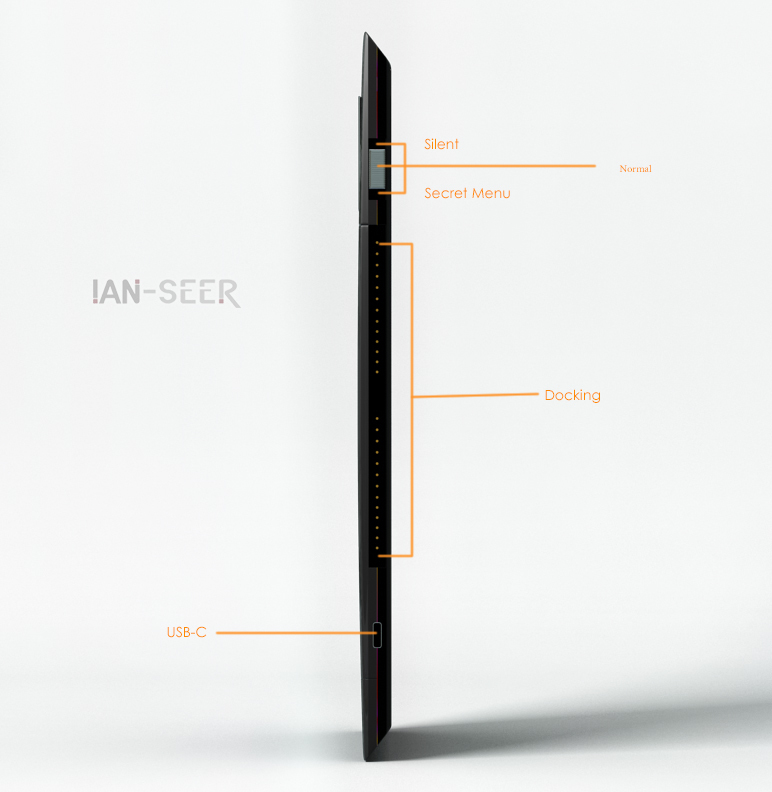 just a little concept here (created long-long-and yes-its very looong time ago and i just thinking to finish it a while ago, cuz at that day i really want a phone that suits my need as 3d artist

what do you think?

Sorry to ask, but when can we expect this sweet boy to be available?

No, in all seriousness - I really like the concept behind it, especially the keyboard-dock looks really nice - I’d wish they’d still make something along the lines of good ol’ Motorola Milestone with sideway-facing keyboard

If you plan it - make it Dual SIM LTE all time active please.

@Lukas_Fikr: This are just some great renders and ideas by @ianseer - but now that you mention it, yeah it has no Dual-Sim! That’s something I’d 100% push for if we were to make a Phone with you guys! (And I’m sure that inside the team we’d have some other people pushing for it as well as Dual-Sim is just great to have

Renders are great.
.
For Dual SIM - there are couple types of them - the “best”, but rare is 2 Full radios (GSM/LTE for both SIMs) always on.

(post withdrawn by author, will be automatically deleted in 24 hours unless flagged)

thanks a lot… if we make it dual sim, there will be no competitor again… I feel sorry for competitor, so i’ll stick to single sim hahah …

thank you… the always on problems… never used dual sim before… i thought it was caused bad for battery life?

Juicy spec stuff. This ought to be fun.

Seeing as they just announced BT v 5, I don’t see where you have gotten the idea that there will be a BT 4.5.

And what kind of radio is this reffering to? FM, AM, DAB?

Aren’t these software features, dependant on the OS?

Why not have the battery removable? I seem to recall it being a big point over in the phone discussion. Correct me if I am wrong.

What do you mean by this?

I want to say though, those renders are beautiful. But I don’t think you should have the Eve logo on them, just in case someone on the internet starts thinking these are official.
Also, the height. My 1020 is personally what I consider the perfect physical size, and your proposal is more than 2cm taller than it, while just being less than half a millimetre wider. I fear the proportions would be odd.

Man you have some great rendering skills

And your concept is quite cool! I would put core M inside instead of Qualcomm. But that’s just me

Anybody else would put core m inside :)))?

I’d go with a Core M CPU as well.
And switch the USB C port with a Thunderbolt 3 port. Imagine adding an external GPU…

When I have a little more time Ill read and comment more on your concept but from my brief look the renders look great! Only preliminary comment I’d make is that maybe the edges would make it a little bit uncomfortable to hold?

Also give a look at this thread about a possible Eve Phone. It’s more about specs than the design but it might be useful.

Wow , this actually looked amazing. Some how this just keeps reminding me of the upcoming Switch and the PSP.

I see some very nice job done here! Thanks!

But I just need to splash some critique on it.

First of all, the keyboard. You can’t hold it in your hand properly, you need two hands. And that means you need to put down the phone somewhere to use it. Wouldn’t it be so kuch better to have it slide out?

The picture suggests using it on the table, but you can’t use more than two fingers to type on it, because it’s tiny. It would be an ultimately painful typing experience, and I’m pretty sure most people would realize sooner or later that taking it into hands would make it much easier to operate. And when you’re holding it in your hand, why not have the phone there, too? Like a slide-out keyboard. Or a more stable hinge that holds the phone steady when you attach the keyboard.

Then, the dimensions. It’s way too HUGE for my taste. I mean OK, it’s just ky preference, but the thing is that the market is already bloated full with this size of smartphones. Why not make it a bit more special?

The OS choice: Windows 10 makes no sense on a snapdragon CPU. Even with that new emulation stuff, it will lag like a toaster trying to calculate the 1000th digit of pi. Furthermore, it relies on emulation to run desktop apps. Which is bad. Very bad.

There is also multi-boot… Google will NOT license Play services for this, so good bye apps. Linux will NOT run properly on a touchscreen, especially this small. And especially if it’s not Ubuntu, because Ubuntu is th only one that at least tries to support touch. So basically, we end up with 3 different OSs, neither of which can be chosen as primary. Android won’t have Play Store unless you root it and install it yourself, Windows will make the phone overheat, Linux will just not work without that keyboard. Oh, and what about the most important phone function - accepting phone calls? How will that work in Windows&Linux?

Graphics: Quadro? Seriously? That card by itself is probably bigger than this phone… Storage, too, is just too far from current technology. It won’t fit in this size.

Connectivity: I’m not sure how much attention you paid to it, but first of all, there are two different versions, for the US and for the rest of the world. IMO that’s a very bad practice and we deserve tp have one model that just works everywhere, no questions asked. Secondly, one of the SIMs only supports 2G. This is not a big deal, since probably only one of them will be used for internet, but both of them supporting the fastest connection available would be nice to have.

Ok sorry for the rant. I realize this is just a concept, and I like it in many ways. In some ways it could be improved, in some ways we could dream that Google fixes their Play store policy or that someone finally writes a Linux DE that works properly with touchscreens…

@nawthor please stop acting crazy about USB 2.0… it will mostly be used for charging anyway.

Thank you… Ok I will change the tittle… yeah, maybe next time i will do more realistic thing and the reliable one with the specs… thank a lot

Thanks a lot, I guess it should be core M then… core M with Quadro for Mobile

oic, you already updated it… sorry for the mislead

I think these specs are copied from GSMArena and then modified. They use these “price groups”… nobody knows what they mean, but they’re generally quite accurate. For example Moto G4 is in price group 4/10, while its real price is around $200. Samsung S7 is in price group 9/10 where it belongs

Speaking of the height, I think it’s the dimension that bothers me the least. I don’t really care how tall it is, because I hold it in portrait mode, so width really matters. Thickness is also a bit important, because you don’t want a 1cm thick phone, that would be too thick to hold comfortably.

99.9% correct! yes, the specs format i’ve taken it from gsmarena… and yes price group 3/10 it is means arround 250 USD i think … so great specs with very low price

Actually, the site reports 190Eur price for Moto G4, and that falls into price group 4. $250 is more than that, so I think yours should go into group 5. Or even 6, because $250 is too little for all these features to be true