Inside Project Ara, Google's Lego-like plan to disrupt the smartphone

After watching I/O this year it became clear that Project Ara is not as modular as it was promised. Things like changing CPUs is quite far in years to come. 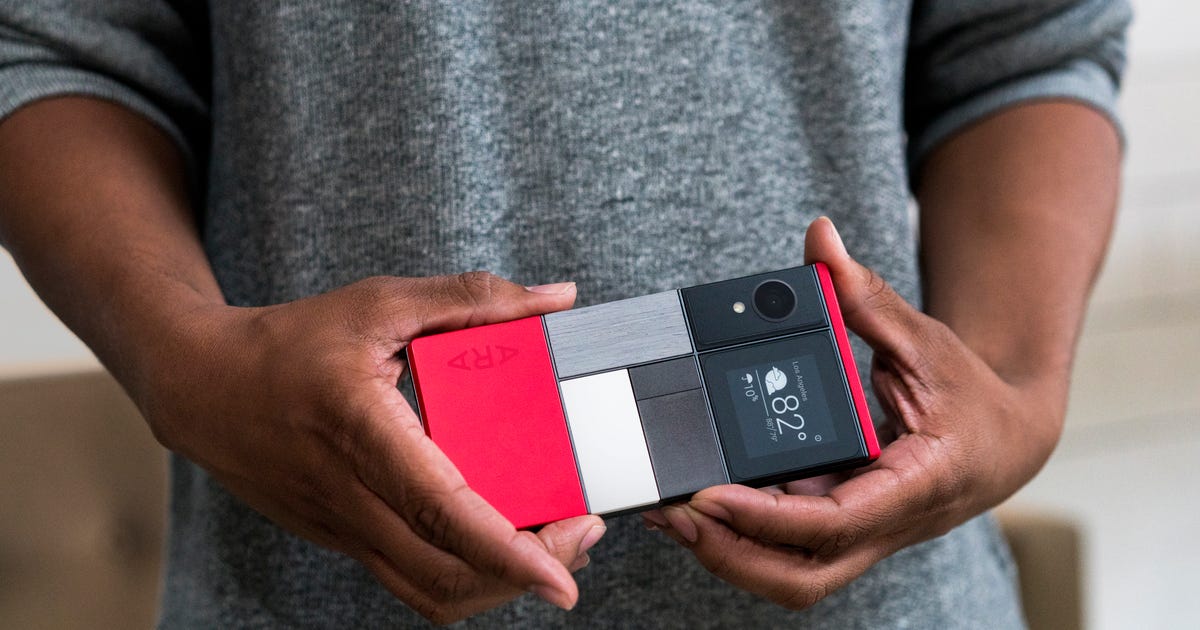 Inside Project Ara, Google's Lego-like plan to disrupt the smartphone

Next year, Google will sell a smartphone that lets you swap in interchangeable parts to get new abilities.

What do you think of project Ara?
Does it look like the future of smartphones? PCs perhaps?

Honestly, I was pretty impressed at the first version of Ara.

However, making the battery/screen/cpu/ram bound to the frame is the biggest **** I’ve seen and makes the whole project uninteresting to me again. If Ara would’ve been really with at least the battery&cpu interchangeable, I’d have gladly taken it.

But in it’s current state I like the concept, but it’s there for me yet. Especially when I can’t replace the battery.

And finally, I hope that Ara 2.0 is the future of the smartphone - with Ara 2.0 being the Ara that was originally promised

Guys think about it. The CPU/GPU/RAM is modular in a way too. They could release different barebones devices that can use all modules. If you want a better CPU, swap the device with a more powerful one, and use your existing modules.

The interesting thing is they don’t even address the issue of repairability that well. I mean not many people break their cameras

yes but it’s SOC to change, GPU CPU are on one chip. And RAM to be interchangeable would have too big connector, not to mention battery life… In my honest opinion, all this is BS. A phone should have interchangeable battery, SD card, MAYBE display…

That’s exactly what I do with current phones. Does this improve it in any way? Oh yes, I can keep the most USELESS feature, the camera that I don’t even use!!!

Why limit yourself? This is all about making something new. So let them try. As it is now, they haven’t really developed anything new at all.
BTW, DDR3 is 1.6Gbps, and the Ara connector is 10Gbps

That’s just an experiment. Modular phone means BIG, BULKY brick… Not to mention if you drop it… Connectors are sensitive as he’ll… I don’t want EVE wasting time and money.

If we’re talking about a laptop, it would be entirely possible. But you wouldn’t have these “universal” sockets, you would have stuff like in old-school Thinkpads: A socketed CPU, separate lid for RAM, easily accessible battery from the back, etc. - many laptops had this and they were much more durable than all these cheapos we have nowadays. And I don’t mind having a bulky phone as long as it’s designed to last long, instead of until the next generation comes out.

Oh, I think a phone would be entirely out of Eve’s possible field of achievements XD developing something similar to Ara would require billions of dollars of budget, as EVERYTHING must be custom there…

Paul, there are plenty of things besides CPU, GPU and RAM.
Storage, Speakers, recorders, fingerprint sensors, a box of breath mints, an E-ink display, flashlight, colorful modules, other useful sensors, etc. are good too (just ideas). This is a new product, give them some time to refine it.
The Surface Pro was quite heavy and thick. Now its thin and light , and yet more powerful.

Yeah, all of them are useless for me. If I want a useful e-Ink display, it needs to be at least 6" and have its own controls. Otherwise, I can use the LCD just as well. Storage is already replaceable in the form of SD cards. A flash usually comes with the camera, but it’s useless otherwise. If you really want one, get a microUSB flashlight. Colorful modules add no functionality. Neither does a tiny box which can accommodate like 2 mints. Speakers? They all totally suck in this size, there’s no saving from that. I don’t see a single practical use for this thing.
Surface Pro was useful. Even in the beginning, being a very raw product, it was revolutionary as it had the full power of Windows in a tablet. One of the first of the kind. It started a whole hardware revolution - now you see more Windows tablets than iPads or Android tabs in shops. Project Ara doesn’t offer anything new at all. Only replaceable useless things.

Agree with you. Though others may like the modules.
I always wanted the Surface Pro, even from the first iteration. The PF is better in many ways, though.

Totally foresee what will happens if dropped on the floor, end up like jigsaw puzzle on the ground.
When the concept is really captive, the practicality of it is questionable with a lot of issue to be ironed out.

That’s really interesting thing and the conversation on comments i liked too.

I really loved this project I actually followed the project when it was being created by Motorola then Google bought Motorola for patents and other projects then sold Motorola off too Lenovo.

I understand the difficulties involved with swapping something like the CPU out, as it would involve a change in software. What I really don’t understand is why the battery is not interchangeable. This is something almost every phone up to 2014 could do! It seems like one step forward, two steps back to me.