[IDEA] Pen loop by partnering with Mozo (or other company)

So, the reviews are out and it seems that the journalists pretty much all agree that the pen doesn’t attach securely to the tablet. So my idea is something so simple, that it existed before the concept of tablet themselves: Pen loop

Microsoft used to ship pen loops with the Type Cover keyboard before the Surface Pro 4, so this isn’t an entirely new idea. I have used this pen loop Pen Loop - LEUCHTTURM1917 on all penabled devices including the Surface Pro 3, Pro 4, and iPad Pro. Personally, I feel like it holds the pen very well, and attaches very securely to the device without damaging the paint. Therefore, it would be a great option to store the pen on the device.

I think it would be fantastic if Eve offers something like this as an official accessory. Or better yet, ship it for free with every V

Here’s how mine looks like on the Surface Pro 3 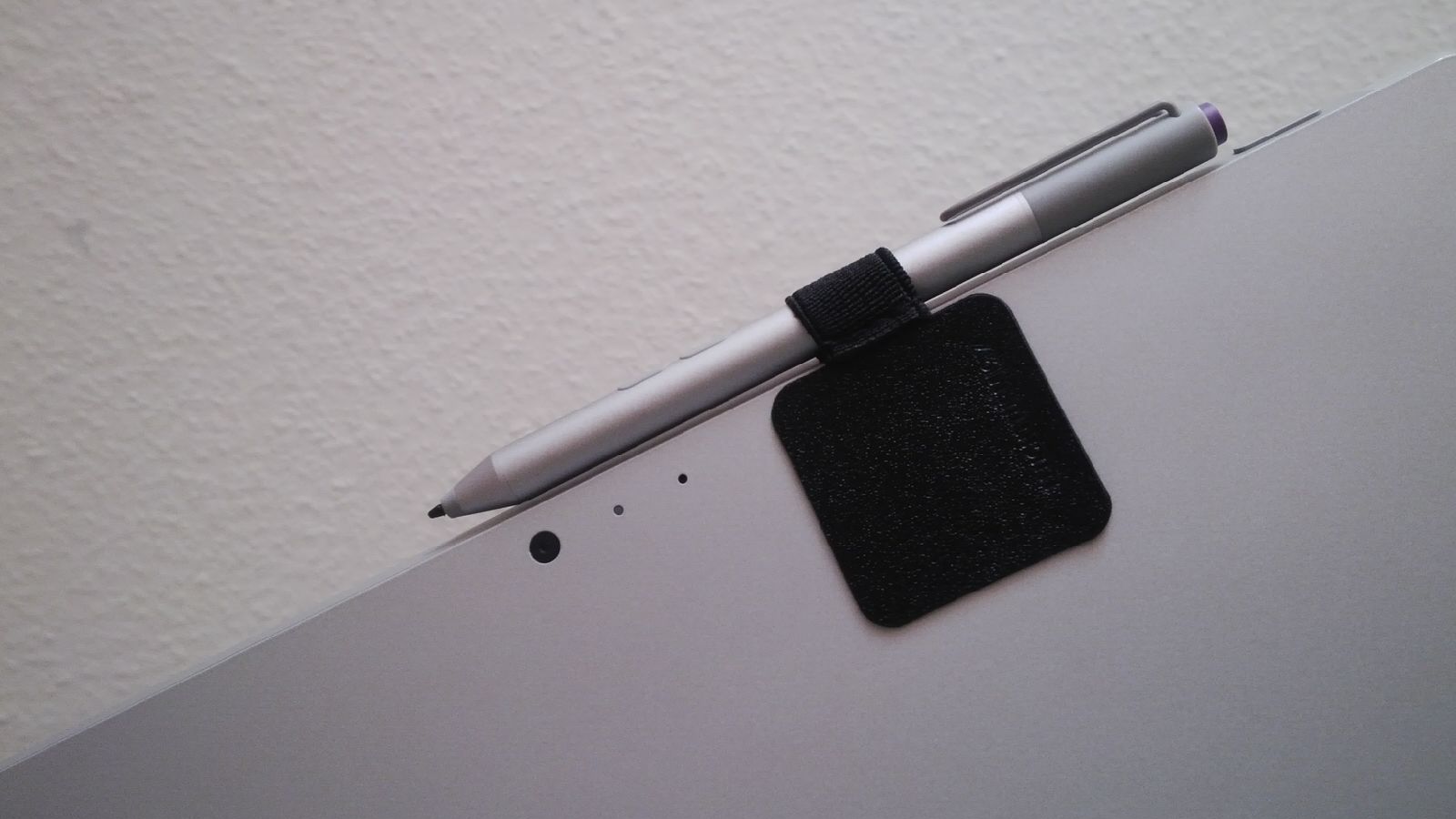 And on the iPad Pro

I don’t see the point with this being “official”… What could Eve improve on this? What would be the benefit of an Eve-branded pen loop?
There are already thousands of pen loops available, and everyone of them does exactly the same thing. Why not use one of them/the one you already have?

Whay about a pen clip that attaches to a usb c port?

I hate them sticking onto the surface of a device. I wish there were some pen-loops which can be attached into one of the two USB A ports… I don’t need two of them… USB-C port is no good idea, because one of them is always needed for loading the battery, so just one left.

Something like the one of Lenovo ThinkPad X1 but with a gum-loop: 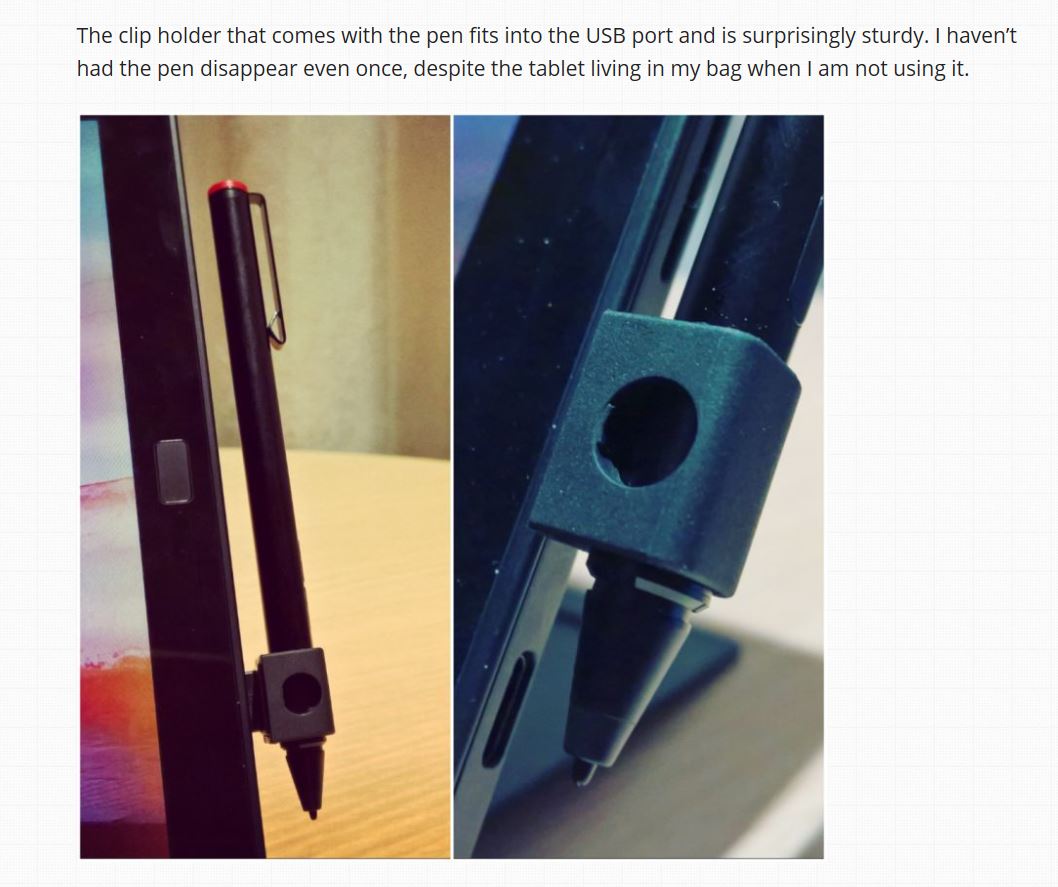 I don’t see the point with this being “official”… What could Eve improve on this?

It could be made sleeker. For example, we could make it contoured exactly for the V, since its curved (normal pen loops only works for flat surfaces), and color-matched. Maybe add the V logo, or another “oops!” or something that represents us. Or we could even make it contour exactly to fit exactly behind the kickstand, so the adhesive area will be hidden to make it look sleeker.

Its purely aesthetics as far as I can think of, unless you got another idea (Bluetooth OneNote button?)

Whay about a pen clip that attaches to a usb c port?

. I wish there were some pen-loops which can be attached into one of the two USB A ports

I have mixed feelings about this, since it takes just only one accidental harsh mishandling to bust the USB port

I LOVE IT! great idea @Patrick_Hermawan , it will be great if eve and mozo make a little improvement on the design

If the magnet docking of the pen is as flimsy as it looked in some YouTube videos, this sure might be a usefull solution.
Like Goolge selling tempered glass of another manufacturer in their store, eve could also just try out some products and sell the best fitting one at their store.
Overall, like the idea!!

And one could try a piece of Velcro too: a small piece super-glued to the pen, the other piece to the screen side.

I don’t wanna have something glued whether to the V nor to the pen. After I have lost one of my SurfacePens (1st Generation) i was happy because I had a reason (for my wife) to buy the new one.

I’m less keen to be honest. The official one on my surface has gone loose now and I don’t want to take it off cos it’ll leave a sticky residue I bet. Best to sell the whole thing n upgrade to the V!

cos it’ll leave a sticky residue

But the glue should be easy to clean with alcohol. I have done that myself to the useless stickers on very much Notebooks