I see a few folks here use various USB GPS antennas with their laptops/tablets. Since this is possible with Eve V, very practical (easier to see directions on a bigger screen while driving) and especially since GPS will be coming in LTE model… I thought, why don’t we share the software we use?

There used to be plenty of desktop navigation software, but most of it was discontinued a few years ago when Windows 8 came out (coinsidence?)

Do you guys know any software that still works and can provide voice guided navigation, similar to Google Maps on Android? Even if you don’t, but are using some GPS software on Windows, please share that too.

Not using it for navigation, but I use OZI Explorer (and presviously Fugawi). Mainly using OZI for verifying positions for Geocaching purposes, when putting out new caches. Previously used both for navigation at sea.

microsoft has drivers for this

I use Go from TomTom on my phone. Best thing is it has a better spoken guidance and works also if no network is available.

Well, phones are a different breed

I know lots of GPS software that is available for smartphones, but none of them will run on Eve V without installing a whole OS for it…

Sorry I don’t know what you’re talking about…

I really like the here (we go) apps on Windows Phone and Android.
There seems to be an App for Windows 10 (not Mobile) but I never used it. 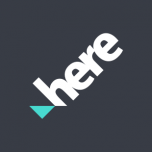 It depends which type of GPS software are you looking for - a simple navigation one, or professional one - mapping, GIS, …

I think I have an answer for you

Just to make it clear.
What do you mean with “voice guided”?
A voice that speaks the directions or that you can use your voice to tell your destination?
Or both?

No no, voice guided navigation means that there is a voice that guides you while you drive, so you don’t have to look at the screen unless there is something more complicated than just “turn right” in a simple intersection. Hence the word guided

A good example of that is Google Maps for Android, or any similar navigation app, for example Sygic (btw, I just learned they released a Windows 10 x86 version of that one)

OK I was quite sure you meant this.

The here we go App I mentioned above is available on Android.
It’s free and you can use offline navigation.
I really like it a lot.
You should give it a try.

I think you used Windows Phone in the past as far as I can remember.
If I’m right you may now here navigation.

But I still haven’t used it on Windows (without Phone or Mobile).

I know that app, I’ve used it on Android. To be frank it didn’t give me a good impression… but since there are not many options for Windows, seems like a good choice. Thanks for the suggestion.

Before you investigate further, make sure the legislation in your area allows you to operate a electronic device when you are driving. I know in some countries you are not allowed to use a smartphone to navigate when driving.

Nah, it’s fine. In Lithuania you can actually read a newspaper when driving. Perfectly legal. You can’t interact with a phone by talking or doing anything else, but you can use it hands-free, so it’s OK to use navigation as long as you’re not touching things while you drive. And I don’t even know if they have rules about tablets, I might have found a loophole LOL

I use mapfactor on my windows phone. It get me where I want to be.