Vs are shipped with a quick guide how to use your keyboard, but we wanted you to have a practical video showing some of the basic functions of the V wireless keyboard. Here you go:

But we didn’t stop there, here are the basic functions and some extra:

How to pair BT to host device

One question: does the Fn-lock remain after a reboot or do you have to reactivate the Fn-lock?

When pairing keyboard to the host for the first time:

Detach the keyboard from the host and wake up keyboard BT by pressing Ctrl+F10 once.

Shouldn’t be Ctrl+F12 to turn BT on instead of Ctrl+F10 as stated?

One question: does the Fn-lock remain after a reboot or do you have to reactivate the Fn-lock?

Thanks, I’ll check what is the latest situation with that.

Shouldn’t be Ctrl+F12 to turn BT on instead of Ctrl+F10 as stated?

Thanks for pointing that out. Corrected it

does the Fn-lock remain after a reboot or do you have to reactivate the Fn-lock?

I did not check, but it should remain - it was at least specified in the specification we sent out

Is there an option in the UEFI to set fn as not a toggle key, but so it has to be pressed every time? I largely prefer to press it when I need it than have it toggle (it feels like a caps lock in place of a shift key, which really annoys me).

I believe this is the default behavior, where you have to hold FN and then press F1, F2, etc. I believe the CTRL+ESC toggles switches this, so those keys are now single press and the icons shown are accessed via an FN+ combination.

Yes, functions shown on the keys are primary functions, and when you press Fn+Esc it toggles keys to work as F1, F2, F3… and so on.

You can also not to toggle the Fn Lock and use those secondary functions with Fn+key in question.

so the touchpad is also on the keyboard… how do you scoll? Untill now its impossible for me to use those touchpads for scrolling #mousefan

Considering it’s Windows Precision, I’d assume it would be two finger scroll (it works fairly well on my Surface, better than most other computers I’ve used). I do agree that physical scroll wheels are better, compared to a real mouse (not those stupid mice with a touchpad on top) any touchpad is awful. It amazes me that Apple fans like to have a trackpad for their iMac.

Have you ever tried a Mac and its trackpad over a longer period of time. For me it’s much better and more convenient than any mouse (and that’s even true for my 9 year old MacBook)
Sorry for going offtopic

I mean the tochpad not on the surface. This one under the keyboard… Dont know whis name it is…

I’ve been using Macs pretty consistently since the original eMacs, and use the trackpads all the time. I hate them. I hate them just the same way I hate any other trackpad. I want physical buttons, I can’t stand tap to click (or the two level click), I want a physical scroll wheel, I want a DPI changing button, I want back and forwards buttons, I want middle mouse click ready to go. I don’t like having gestures (except for a few things, like swiping between virtual desktops) because I’d much prefer key combinations. 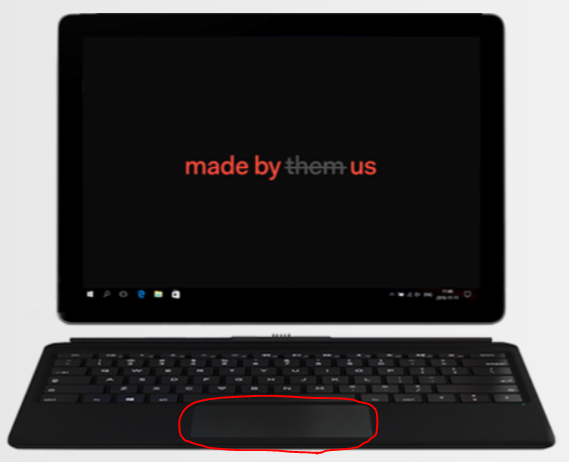 Is that what you’re talking about? I was comparing it to the touchpad on my Microsoft Surface, because they should be mostly the same.

Ok, to each his own. For me there is nothing better than these trackpads. You can rotate a picture, zoom in or out, grab files, go back and forwards, switch to another homescreen and so on. I hope that there will be something similar on a windows device at some point (hopefully the V).
But if you dislike gestures I can accept it.

Yes, thats what I’m talking about… Hm… Okey yes, zooming have funktion, but i mean scrolling anything up and down the Screen. That makes problems… Or the clicking functions from the mouse weel, until now i havn’t found a similar function with the pad

Could you name a side where i can see this gestures? I actual never heared from this

If you’re using windows 10: Go to Settings > Devices > Touchpad. If you have the Precision driver on your laptop, it will say at the top “Your PC has a precision touchpad.” and have all the options listed underneath.

Oh okay… Hm at the moment i have only a dell and its discription for the touchpad isn’t “the yellow of the egg” like we would say here… so i looking foreward to my ordered v. May there its much better