Made this so that @Neti doesn’t do it first.
Will get back to this.
EDIT: Let’s begin.

A friend of mine has the 3rd generation iPod Shuffle (yes, it’s been a while) and her earphones stopped working, so she asked me for suggestions.
After a little digging, I realized that it was harder than it seems. 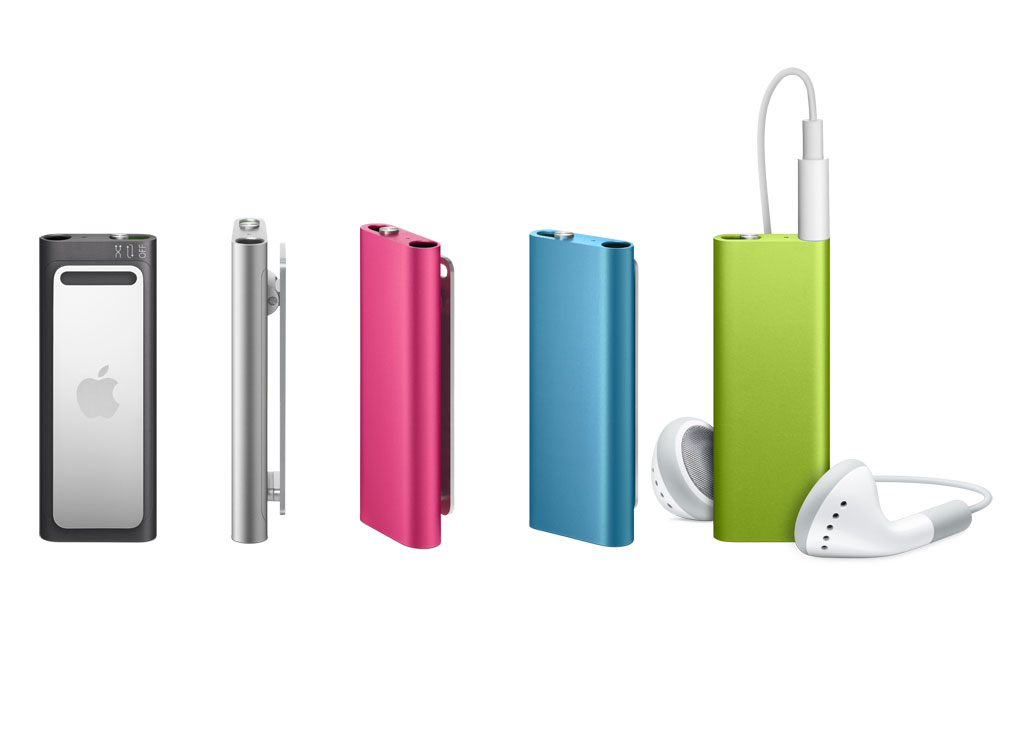 Want to use other headphones with the new iPod shuffle? Your options are limited for now.

Thing is, it has no buttons on it, besides one for switching it on or off, so one had to rely on the in-line controls for switching songs, etc. Why not use some third party pair of earphones with them? Not a possibility.

“What about all those headphones for the iPhone that include an inline controller? While you might think that such controllers would work with the shuffle, at least for playback control, they don’t. Pressing the controller button on an iPhone headset does nothing for the shuffle.”

They’re limited to earphones sold by Apple, or from OEMs that had to pay Apple for making compatible earphones, raising costs and my heart rate. And there’s no guarantee that an ordinary pair of earphones could be used for such functions, they needed some sort of control chip to make that happen, despite fact that any phone out there didn’t need that chip for such functions.

This isn’t a post to rant about Apple and it’s interesting decisions, we’ve got entire forums for that.
This incident made me think. “Can we do nothing in the face of such smug corporates who could do anything they wanted?”
Yes you can. We’ve done it before and we can do again. Make another killer device,
But I need your help. I have little to no idea of what sort of device this should be.
And yes, the iPod is dead, but this thread isn’t about iPods, it’s about going beyond them.
A music device for this new connected era. A smartwatch. Anything.

The iPod is dead, so is this thread

Music is only one part of the equation. It can even be a smartwatch.

Smart watches are a dying market as well, if you’re not Crapple or Samshit (don’t take this seriously - people will know whom I’m referring to

). So, that’s another problem

While this is not a bad idea, I do see some flaws with Eve producing one:

It does make sense, however, if one of those big-name companies like Amazon or Apple makes it, since they have their own music service that nobody can block.

It all comes down to the popularity, and yet lack of open standard in the streaming industry, which is why I refuse to use any of those services personally.

Talking about SmartWatches I think @Patrick_Hermawan is closest to the money on this one, I don’t think it’s a dead market, It is a niche market that will slowly grow in my opinion, the reason why it hasn’t grown as much as expected is because the people who make smart watches haven’t convinces people they need them. There are two main markets people who want fitness data and people who want constant notifications (both thease groups usually demand a degree of a aesthetics)

I personally think this market could be extremely lucrative with innovative hardware and a complemetry set of services and no company that exists today can deliver this. Maybe apple but it would be eye wateringly expensive. Eve will certainly struggle in this market because it is highly dependent on software and to some extent services and android wear is probably the weakest SmartWatch os being apples and Samsungs

The main achilies heel of the SmartWatch in my view is that it’s always strapped to your wrist. I have some idea about how to get around this which I’ll post later today if I have time

The ipod/MP3 player IS DEAD! Furthernore the only way i see eve succeeding is if they & we manage to get a smart watch to replace a smart phone & to be be the nee Peble of the smart watch industry.

Pebble is no more tho.

Eve will have to be new peble

Eve will have to be new peble

And die as nicely as Pebble did?

And die to? No thank you.

I like the idea, but not for Eve. I think I would pay about 20 bucks for a Spotify enabled iPod shuffle thingy (with BT).
Maybe add a GPS so it can be used while running/biking. And a heartbeat monitor! It probably needs a little screen to change playlists. And some sort of clip or wrap so it won’t fall off.
… wait

Spotify needs to make a smartwatch

But tbh, no smartwatch from Eve, not for a while. I agree with @Patrick_Hermawan, it’s a growing market. But it’s still in a place where most people don’t really see the advantage for it. Or are like me and don’t want to spend 300 bucks on an watch that isn’t that nice looking.

No no… not the death part. Just gloss of that fact.

Smart watch will be gread idea

I would love a better smartwatch option. Been wanting to get one bit I’m just not finding anything I’m willing to drop money on. Although, if I switched to iPhone I would get the watch.

Probably not an easy market for Eve to jump into as others have said but if a good opportunity presented itself I would get behind it.

Probably not an easy market for Eve to jump into as others have said but if a good opportunity presented itself I would get behind it.

I’m not sure if the fact that Pebble watches were discontinued last year means that the market is dead, or if there’s a big gap in the market for Eve to make reasonably priced smart watches.

Good question. Seems like you need a strong ecosystem like Apple to make a watch that gains a lot of traction. I haven’t looked for any hard numbers but it appears Samsung is making some progress.