EVE V with DAWs - any experiences?

I would ask you, if anybody has experiences in using EVE V with audio production softwares (DAWs) like Ableton, ProTools or Bitwig? Did the eve v has enough power to run the DAWs with low latency? Can I use the pen to edit the Software. e. g. with the Surface you can use Bitwig and you can do edits in the softwar very fast. Here an example video:

Is this posible?
Thanks a lot in advance!
MLWork

A user did a test and the result for recording audio was decent.
I think it was ToiletSheep in this thread

[No Spoilers] Hi, I'm Tim and I've got something to ease your minds V (2017) | General Discussion

Hi Tim, a big thanks in this thread as well!!! Did you let it run any longer in the meantime? Sometimes it is strange to get some requests to the driver every 30 minutes or more. I had this with an Lenovo Laptop. The WiFi driver managed to destroy the DPC latency every 40 minutes. The only way was to disable it during audio work. And again, thanks for testing. Best. F.

I think this is the topic you’re looking for:

Hi, I am planning to use the V (if I get one) for audio recording on a professional base. The DPC latencies are always a critical thing if this will work (among others). Can @Team ore one of the testers/early owners test the DPC Latency with this free tool please??? Please report the results here. http://www.resplendence.com/latencymon This would be great. Thanks. F.

These tests showed that latency should not be an issue for audio work.

The pen will allow you to do the same things a mouse would. Any functionality beyond that (such as pressure sensitivity) would rely on support from the software manufacturer.3

ohh yeah! that is great! yesterday I orderd my own one

thanks for the reply!

once you got yours and set up for working on sound, please tell us about your experiences.
I’m about to do more or less the same with it, maybe even record sound on (film) set.
Since there’s at least one more sound engineer (from us) amongst us EVE users I’m sure there’s interest in hearing about other’s experiences…

Thanx in advance,
Ollie from Berlin

I´m really looking forward to getting my eve, but I think I have to wait till february or march

before I can test it
so you have to wait, too, until you get my experience
viele grüße aus Bamberg/Oberfranken

Yes, sure.
I’m waiting for a year now… (Limited Bird).

I’ll do some tests as well since I’m in the same field (Audio Designer). Will probably test Reaper, Ableton and Pro Tools when I get back from the holidays and when I get my LB V.

I reckon it’ll be more than enough power to run these DAWs. It’s the plugins that’ll consume more.

I would like to share my experience so far from few testing sessions with Ableton, ProTools & FL Studio. I have a decent Home Studio setup & thus wanted EVE V to replace my bulky workstation giving me some advantage of portability and quiet environment. Also I use it during live music at church events, here are some notes from my 3 months of testing so far:

To double check the suspicion, I performed same test cases on my old 2013 HP Envy15 TouchSmart laptop which has older generation of intel processor but still works smooth like butter with all 3 DAWs listed above!!

Since I bought Eve V for specific purpose (Audio Recording & Pre/post-Production) & have a good faith in Eve V Dev Community, at this point I am hoping for getting this resolved by near-future software/firmware/driver update or something that is not limited to or involving any Hardware components within.

Hey, what processor does your Envy 15 have?

The i7 in the eve V is an i7-Y processor and should rightly be named m7, and it is only dual core, meaning it will inherently be worse at handling processor heavy processes, like physics and shadows (and I assume audio thingys like in your use case).

I don’t think there is any way software update for the V will help your use case.

Keeping an eye on this thread too.
Aside from software development I’ll hopefully, performance permitting, be using the V for composing and audio recording as well (Cubase 9.5 Pro).

hmm that sounds not good, I ordered the eve v for using it with ableton and/or bitwig with a couple of running VSTs like Native Instruments (Maschine, Massive and so on). But if the Eve can´t handle all that Software, the eve v is not the right gear for me!
so it will be appreciate, that we/I get an usefull comment if the eve can handle all these software

do you checked the perfomance mode in the bios and the battery mode, described in this post?

maybe its solve your problem

Thanks @ MLWork for your suggestion about performance mode & battery tweak in BIOS settings, that did significantly improved the DAW performance but with following caveat which I’ve also shared via YouTube link (Pardon my presentation in video, trying my best at midnight hours

I’ll post more videos with Ableton & ProTools as I go along with my future projects. So again for the folks planning to buy EVE V, its is still debatable from cost vs above-average performance laptops. To be honest I was tempted to buy a MacBook Pro 15" which almost gonna cost 3x more than what I paid for V but since I am longtime Windows (PC) & Android (phone) user, thus kind of reluctant to the learning curve with expensive (recurring

) Apple products. May be sometime in future… 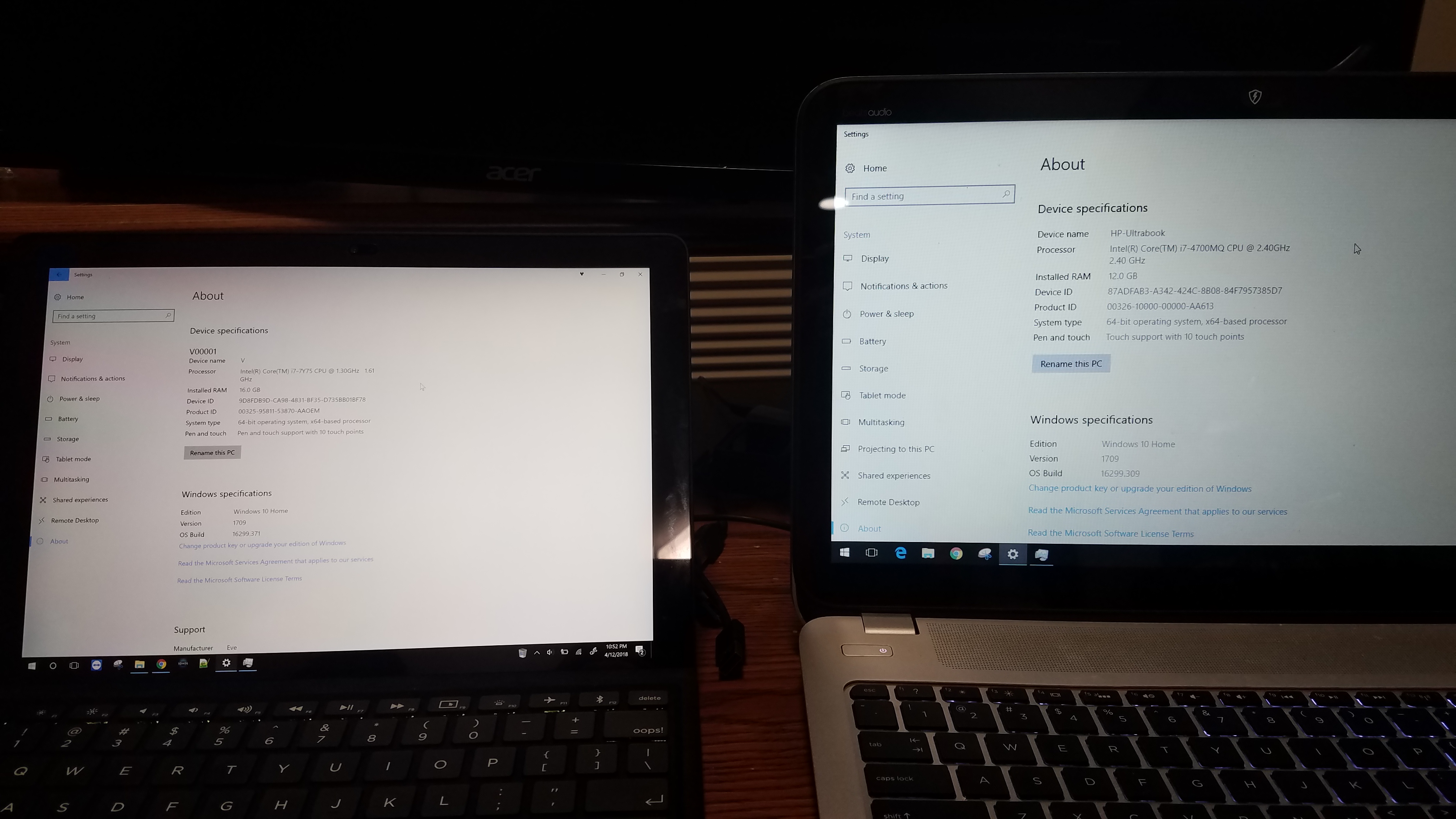 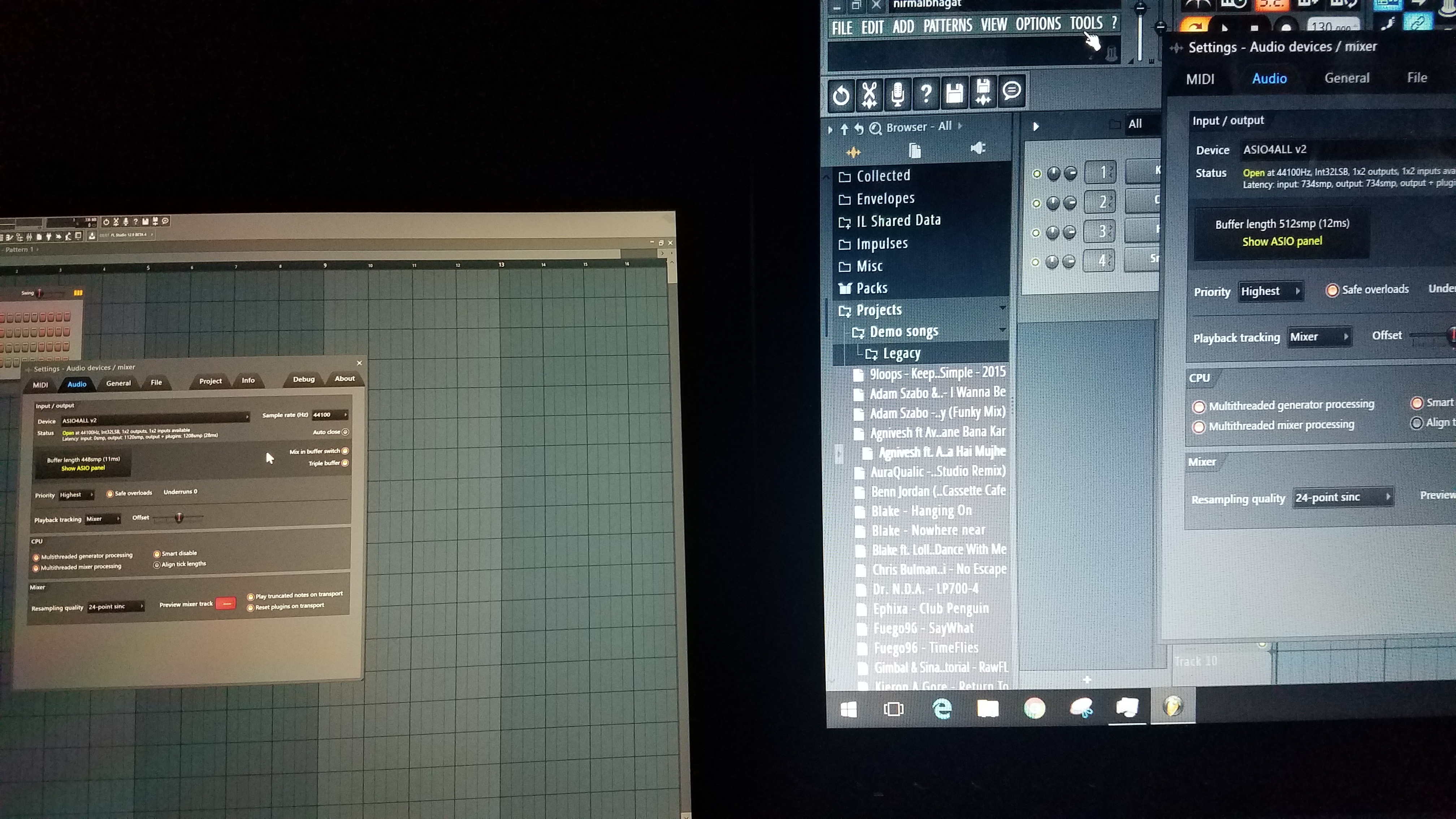 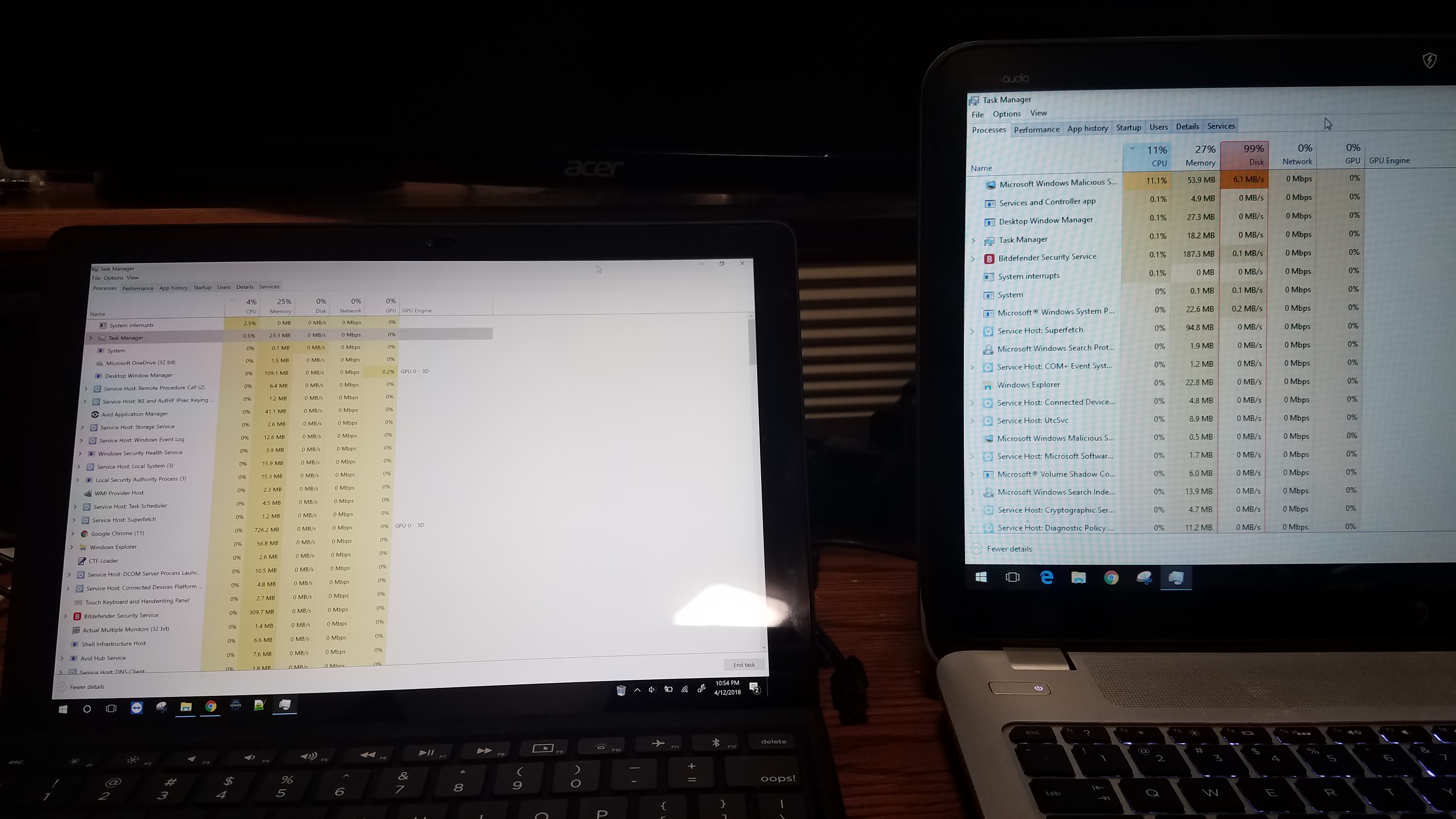 Performance is acceptable ‘as long as’ power cable is attached to EVE V, moment I disconnect it, the annoying issue is back!! the clicks/jitter & buffering (due lack of processing power???). So I believe battery is not able to feed enough power to system as compared to direct power from wall.

actually, the “Max Performance” setting is broken, it has been broken since the Fall Creators update. Windows overrides it randomly - most commonly (and predictably) when you switch power profiles. You might want to try throttlestop, you can do pretty much the same thing and throttlestop is more aggressive at checking for windows f*ckery - should solve your issue of the performance drop when you go to battery.

The EPP goes from 0-255, 0 being “THUNDERCATS GOOOOOOO” and 255 being “no.”. This is what changes when you move this the slider on the battery icon in the taskbar. “Max Performance” sets it to 0, and this is what happens:

as you can see - utilisation is <10% but my multiplier is 3.4Ghz - this doesn’t mean the processor is all “GOOOOOO” 100% of the time (you’ll notice its at 0.9W & 42C, not much difference from my other screencap at 800Mhz), it kind of means instead of trying to pick the right tool for the job (you know, efficiency), your CPU is taking a “I HAS HAMMER, EVERYTHING IS NAIL” approach.

kinda like sitting down to dinner, saying “F*CK SPOONS” and eating with a shovel.

Aha, that is correct! Windows update did mess it up. Once I customized the power profile & then it was better on battery too.

Once I customized the power profile

As an audio pro and an Eve user, for a myriad of reasons, I would NOT recommend my i7 Eve for any type of active audio or video production. Way too many shortcomings. Some Macs laptops and some Surface laptops would be much better portable choices. I use a powerful desktop/GPU with an appropriate 36" monitor.