Eve V as a second monitor with thunderbolt? (Artist perspective)

I will try to go straight to the point in my post here.

I’m a 3D artist and I got used to tablets with screens to draw on. I started with a Surface 3. When the tablet was enough for the minimal I wanted for my work, some critiqual software I use everyday was simply unusable. The software I’m taking about is Substance Painter, which depends heavily on the GPU. I tried the Surface Pro 4 i5 version, yet I kinda had the same problem. Substance Painter ran a little bit better but it wasn’t enough for the task.

The Eve V i5 Y series might be a good choice for me, but now I know for sure I will run yet again on the same exact problem.

I tried to find many solutions about and I found 3 methods that could work or not.

This would be an ultimate solution for artists who wants to get into more serious stuffs with no compromise by using the Eve V as a second monitor with thunderbolt 3. But first, would it be possible?

The Cintiq Pro 13 and 16 are only displays, they aren’t full tablets with a computer inside.
Wacom’s Cintiq Companion and Mobile Studio Pro are full tablet-pcs that can be used as secondary screen but they are specifically designed for that and the new one needs an accessory for that.

A regular Windows tablet cannot be used easily as a second display. Thunderbolt 3 doesn’t change anything in that regard, this is not a functionality of Thunderbolt 3.

There are several solutions to use a Windows tablet as a second screen, but they mostly work over the network connection.

Here are some other links:
http://superuser.com/questions/585197/how-can-i-use-my-w8-tablet-as-a-second-monitor

I can’t guarantee using it as a screen, but Eve V has a Thunderbolt 3 port so you can connect an external GPU to it. It should be powerful enough for whatever you’re doing, except if it needs a lot of CPU power, which is impossible to increase.
And Eve is planning to release their own eGPU box, which won’t be so expensive

I can’t tell you how HUGE of a selling point selling point if it were able to connect to a pc to people in the entertainment industry (for one, I’m sure there are many other industries that would jump on such a feature)

I find this a really great idea and would use it when my V will arrive.
I could imagine a special boot option by holding example down volume button during bootup when the device enter USB external screen periferia mode.
Is it possible to implement it?

This is a very niche market occupied by artists which should be tapped. Funny how the IGZO display manufacturer can’t just be made to have 2 inputs and switchable inputs. It wouldn’t need much to do, just a mini-dp or mini-hdmi input port on the side and a button to switch inputs.

This does NOT depend on the LCD panel. All the input settings you see on monitors/TVs come from separate chips, not the LCD itself, so that would need to be implemented separately in our tablet. But to have HDMI input, you need a license from HDMI corp, and that one is quite impossible to acquire when you’re running Windows. Otherwise, you’re legally breaking copyright laws because your machine allows unauthorized media recording through HDMI (for example, when connected to a set-top box). Wacom seems to have used a quite complicated dongle to come around this, so they’re not streaming the video directly. But that’s just my guess.

I see, so on the V it is run directly to the on-board GPU pins… Most IGZO panels I’ve experimented on have the chips soldered on, (although I have kept mostly to Sharp and Samsung mostly). I have never implemented small tablet displays, just large interactive screens and once on a rasp pi cellphone. (I ordered it over alibaba and run it on a rasp pi or itx computers. surprisingly, I can run 2 inputs on my rasp pi cellphone but it does distort each time I switch inputs…)

Ah, well I haven’t specifically used any IGZO screens, but from what I’ve seen (although you might have more experience), most LCD screens come as simple panels with nothing extra, and then things are added according to the needs. For example, a chip that converts the native video format to HDMI or a microcontroller that takes care of the configuration stuff… I don’t know how exactly the display is implemented in this tablet, but the panel is the least important problem in any case.

You had me running back to the figurative drawing board, so apparently my alibaba sourced rasp pi display switches between digital and analog display, which is why it warrants a few tries to successfully switch. Yup, also checked, my laptop displays is a direct display with no IC to decode HDMI/DVI/Dport

This little thing here could be the answer to my question. 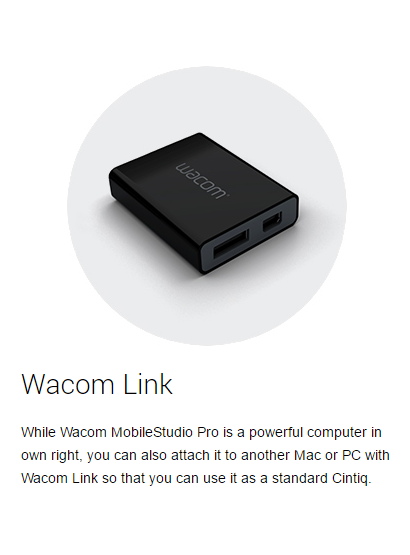 On the hidden side you have a USB Type-C port, on the front a standard usb port with display port. This device reminds me of the Elgato HD60S as seen here HD60 S+ | elgato.com where you can use a laptop screen as a screen for a home console.

The only question remaining is if the Wacom link thingy will work with Ntrig input. (doubt it but we never know)

WHAT? if this works with ntrig, it’s the holy grail! lol

Hmm, I guess big screens like this come with a driver board integrated then.
But still, adding extra unneeded inputs would be a waste of space in such a thin device, and even if we had them we would still need those certifications…

IMHO we shouldn’t care less about 0.5-1.0mm, its what got us into this whole mess of bad devices in the first place, we invested too much on the form and left out on the function and durability of that functionality… Although the community has spoken and the form factor has been decided, the next iterations may benefit from this functionality. (e.g. instead of throwing your tablet or laptop away, you can turn it into a touch display for newer eve devices, especially if the crowd pursues a gaming type mini-pc)

Well, the community decided to have as much as possible battery. And with the keyboard, the tablet is already quite thick, it might become hard to hold in a hand if it were even thicker. And while I do agree that increasing it another 0.5mm wouldn’t do any bad, that doesn’t eliminate the need for certifications. They’re expensive… And they also require weird hardware workarounds, like that Wacom dongle.

I’m just wondering if @iKirin or @Konstantinos could maybe give an update on this, if it could work? I was just working on a project at home, and I was thinking how great it would be if I could use the V as a second Monitor.

Hmmm… It would be great, really … using v as the second monitor… If you guys make a dongle that make it work… Than for me the v is everything

It should work using WiDi/Miracast, unfortunately the resolution is limited to 1920x1080, so not the entire screen real estate can be used and touch feedback is not communicated to the host pc

No, it doesn’t work the other way around. It can wirelessly stream video to a TV, but it doesn’t have it as an input.