Eve V 2nd Gen: Touch area on the back idea

I don’t know if there is a separate pile for the topic of the ideas for the second generation of Vs, but I’ve recently thought about an interesting concept for something new and unusual.

A touch area on the back of V!

I’ve made a crappy representation of my idea to visualize it:
(more info below pictures) 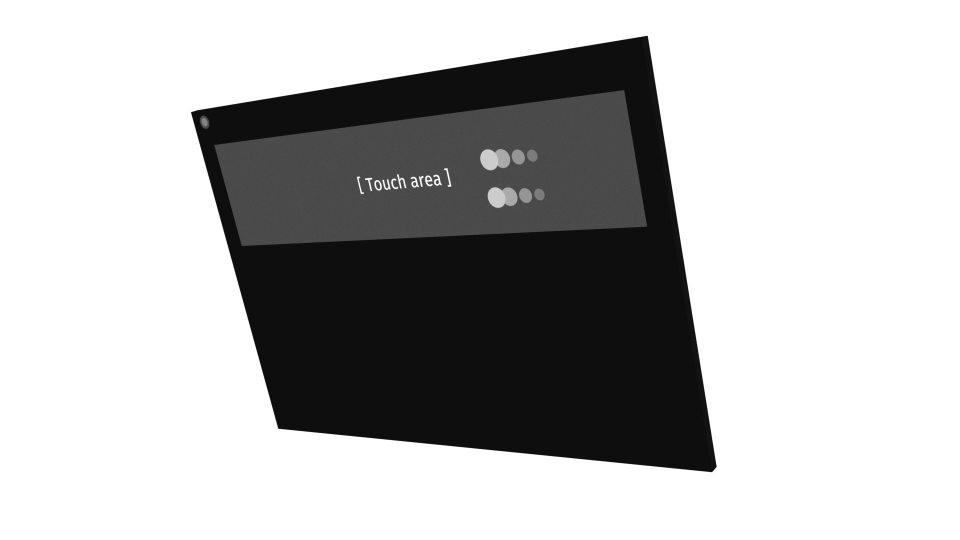 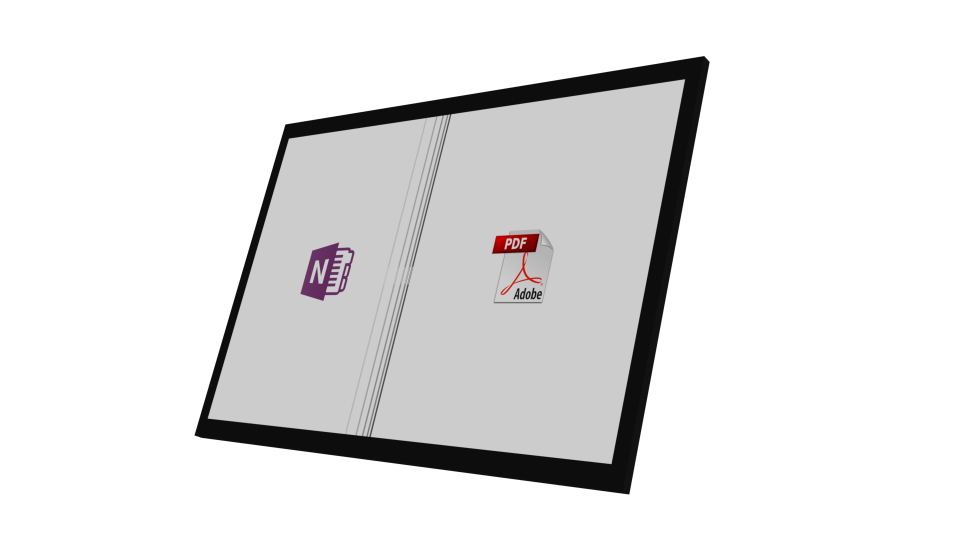 Most of the modern laptops with Windows precision trackpads are capable of pretty useful gestures. E. g. three finger tap can be middle button, three finger slide can switch apps or virtual desktops. But to do this, you need to use an actual trackpad. And what if you are in tablet mode with keyboard disconnected, and don’t want to connect it just for the sake of switching apps? Yes, you could use a touchscreen and press an app icon on the taskbar, but it’s not really precise and comfortable to do. That’s why a touch area on the back could be really useful to do this.

Basically, my idea consists of adding an additional touch area on the back of the V. It could be implemented as a second trackpad capable of recognizing, let’s say, up to 5 fingers for gestures and normal touchpad features.

Imagine a situation. You’re doing some maths or another school-related thing using V as a sheet of paper. You’re using OneNote for writing down your solution to an exercise of which content is in a separate PDF. You read PDF what you need to do and start doing it. And to increase productivity, you switch back to OneNote using this two-finger gesture on the touch area on the back of your V2. And you’re good to go! A perfect solution for quickly solving school exercises using just a tablet, without the keyboard.

There are probably more examples how this feature would be useful. That’s the first idea that came to my mind.

Possible uses of this feature:

So, that’s my idea of a feature that can be added to the next V tablet.
Looking forward to your feedback guys!

But you can already swipe from the left side of the screen to open the task view and switch apps. It’s a gesture built into Windows so you don’t have to use the task bar icon to switch apps (or at least it is on the Surface Pro). Plus having a trackpad on the back limits the area on the back that you can put your hands if you’re using it while carrying it.

something new and unusual

However, even if it were to be implemented, I doubt that windows would support it out of the box or with a bit of tweaking. It would mean that Eve and their small team would have to write the drivers for it themselves, along with a piece of software to control and configure it. Not a small task by any means.

Not a bad idea, I just personally don’t think it’d be useful on a computer where orientation can’t be guaranteed and with it being a much larger device. I find the touch pad on the back of the vita hard enough to interact with, and that device is tiny in comparison.

If Windows came with proper touchscreen drivers you could simply use those gestures on the front. Like iOS does. Like Linux does.
Second touchscreen / touchpad is expensive, hard to implement and might have unwanted consequences.

I didn’t know that! (cause I don’t have my V yet) Thanks, I guess

So that means my idea can be scrapped now. Nevermind then.

There was already a topic on this.

Idea for a touchpad,... on the backside? What's Next?

I’m a gamer. And some of us remember different ploys these triple-a companies try to do for us to say “that looks cool enough, let’s play Skyrim on it, and see how it does, because Skyrim isn’t on enough consoles as it is.” Some of us may remember the PSP, Sony’s first attempt on a handheld, which was a phenomenal device, able to play not only most PS One games, but also other full-sized experiences, in the palm of your hands. Some of us remember the PS Vita, which was their last attempt on a…