Hi EVE,
love the work you’ve been doing on the spectrum so far, can’t wait to get my hands on it. In the meantime, I was watching some CES 2021 coverage and saw that LG teased a 32 inch OLED monitor in their ultrafine lineup. This monitor is probably going to cost well north of a 1000 USD, and here I am wondering: “what if EVE would make this monitor”. Exactly the same idea as with the 4k spectrum. Use the LG panel etc., but spend that little extra attention to detail that makes the monitor (have the potential) to be perfect. 4k 60hz would be amazing, just for content consumption/creation on a reasonable screen size. I think there’d be crazy demand for something like this!

Interesting idea. It would really depend of the final price to reach the mass market.

I actually keep wondering why they don’t make a white oled backlight for LCD’s. This would be an interesting full array backlight scheme if not per pixel they could at least make larger pixels with way more dimming zones than led or micro led can achieve I think. Not sure how bright it could get but id be interested to see someone at least test it out.

There’s something similar being done right now by HiSense, but instead of oled they stack two LCD panels together 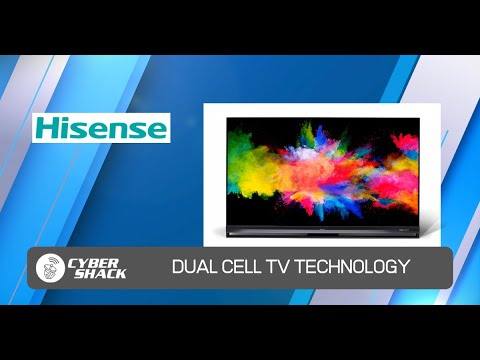 Dual cell is quite different to what I was suggesting. They both might accomplish the same thing, my idea uses the OLED layer as the backlight.

For some reason it’s impossible to find any 15" < X < 43" OLED panels. they are either cell phone size or TV size. but monitor sized OLED panels are practically non existent. There’ have been few 13" laptop OLEDs, but that’s it.

I love OLED, but some info:

Micro LED is superior in brightness than OLED. OLED is very poor in brightness, and it’s not ideal for the brightness-surges needed for a motion blur reduction strobe backlight.

But if a good sufficiently-bright monochrome OLED can be built, then it should be used. The question is, which horse will win this cheap three-figure-priced dense-FALD LCD race?

I think you mean miniLED which is the backlighting tech (what Apple is using). MicroLED is the self emissive tech that will hopefully replace OLED if they can get the price down

They can even be monochrome LCD screens backlighting color LCD screens as a contrast-ratio amplifier (e.g. HiSense DualCell LCD)

From a consumer point of view (at least during 2010-2019 at Best Buy), a “LED television” is actually an LED-backlit LCD television. The industry is simply reusing terminology in a similar way. But at the parts supplier level, MiniLED versus MicroLED are just LED modules of different pixel pitches, whether direct-view or as the backlight of a LCD. The pixel pitch threshold is not exactly standardized, but once it falls well below a millimeter pitch, it is generally considered a MicroLED module.

For example, there is a local-dimming VR LCD prototype that use MicroLED module as the local dimming backlight, since such small VR LCDs requires MicroLED pixel densities to avoid bloom artifacts.

For a path to the cheaper 3-figure local dimming, MiniLED will be cheaper and still stunning. But it’s not the final frontier.

There is a 13 inch 4:3 OLED being used in the Lenovo Fold X1 which would be perfect for a small retro gaming monitor.

Would love to see a modern 4:3 OLED display with support for strobing and integer scaling aimed at the retro gaming community.

There are larger 15.6″ OLED panels by Samsung used in laptops. There is now apparently even an OLED monitor for $740 by a chinese manufacturer based on such a panel (can’t say anything about the specific manufacturer though — never heard about it).

An OLED monitor would be the logical next step of Eve, that would revolutionize the monitor market even more.

I agree, an OLED 32 inch would be stunning! Depending on how the QD-OLED performs that was released yesterday, we might have a viable alternative that would be more cost effective and less likely to have burn-in. Samsung just made everything else OBSOLETE - YouTube

I would love for your next monitor to be created a 34-inch ultrawide 21:9 screen (also 32:9 for those who want it) 3440 x 1440 resolution 240 Hz. Now that Dell has presented for the first time a monitor with a QD-OLED panel (Quantum Dot-Organic Light Emitting Diode) by Samsung Display

Samsung Display finally made oled panels viable on a desktop monitor ^^ I was really always interested in a screen format like ultrawide. I’ve been to computer stores or shopping malls like El Corte Inglés here in Madrid, Spain. It is an absolutely amazing. When I first played on an ultrawide screen, it was at a friend’s house on his PC. I also saw more videos reacting and giving his opinion or point of view about the 21:9 and 32:9 monitors. I think it would be an excellent opportunity to take advantage and sell these 2 options. I hope it comes true in the future, I wouldn’t mind buying it. In other words, I realized that I like 21:9 and 32:9 screens better because normally these monitors are the height of a 27-inch monitor and it only expands on the sides. My ideal (and preferred) size is 27 inches, I had a 32-inch monitor and it was uncomfortable for me. I’m the kind of person who puts his face closer to the screen. A 24-inch screen seems very small to me, honestly I don’t like it and I haven’t tried a 25-inch one. 27 inches for me is the perfect compromise, it’s big enough to allow me to bring my eyes closer to the screen regardless of whether I have a large or small desk. Luckily i returned my old 32 inch monitor. I found it a bit awkward because my peripheral vision couldn’t cover the entire screen because of the height of the screen

Because white oleds are still quite new technology and they are not made with the same phosphors as regular leds. They also typically don’t have the required color components needed to make an LCD work. Even if you could make it work, you would end up with a very dim display due to the polarisation filter.

I’m in favor of the QD-OLED as they mentions that the quantum dots suppose to help with OLED brightness issue - Dell’s 34-inch QD-OLED monitor will cost $1,299 when it arrives this spring | Engadget