Another on the face of big corporate gaint, an attempt to challenge the sun with a candle 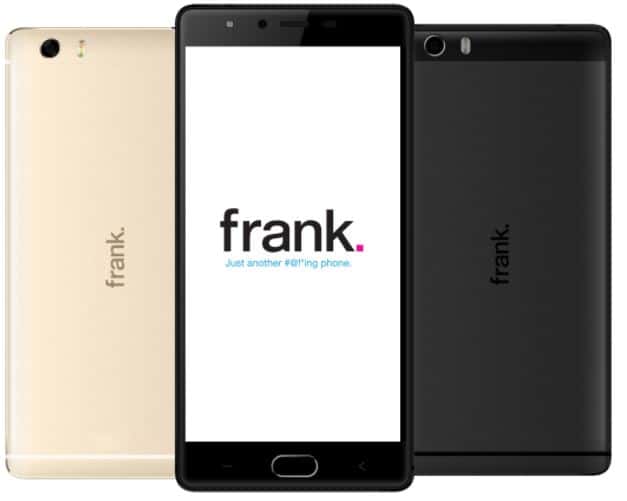 The Frank Phone Is Above Average & Only Costs $180

Frank is a new smartphone coming out whose entire concept is built on the fact that it's one of the cheapest ways to get a fairly decent device, with

What’s so special about it? Yet another 5.5" giant…

You know, not everyone has baby hands - I can hold and use a 5.5" device easily in one hand.

It’s inexpensive and available without a carrier or contract or a lock in. For us in Canada, that’s not something we get access to often, barring importing something from online that could be questionable . For those in Europe md Asia, you have access to units that are sim free by the truckload.

That said, it’s a mediatek cpu for that price. And the skin is rumoured to be supported by one dude so updates may be minimal.

My 4" Lumia 532 is pretty much the biggest size on a phone which I can hold properly while tapping something in the upper right corner.

Being able to use a phone one handed is really just another feature. There are phones like the note 7 which are meant to be controlled with two hands. In the end everyone decides if they want the feature for themselves. I prefer larger displays.

I remember an opposite - attache sized Nokia NMT phones …

Well yeah, “new” features come out all the time. And while you may think a smaller phone has a more comfortable body, others think it has an uncomfortable screen. All a matter of preference.

You know not everyone has giant hands

Please refrain from offensive remarks. I’m not a baby and my hands are not baby hands, they’re average sized male hands. I just hold phones in a secure manner, instead of balancing the thing on my fingertips I actually grip it.

No choice? I’m sure there are few more like this one, but even if it’s the only one it should be fine for anyone with average size male hands who prefers holding phones in secure manner…

Yeah that was meant to be double sided, just to show that it’s all about preference.
Also, what about Pixel or iPhone and Samsung? They have two sizes.

You did not just suggest iphone and Samsung to Paul?

I’m going to wait for this

Yup it’s the only one. One phone model in the world is NOT “enough” in any way. You walk into a phone shop and you see 100 phones that are too big. And one that isn’t. It’s like going into a shoe shop and finding only one pair of shoes that is around the size of your foot. Others are vastly too big or too small. Same in all the shoe shops in the world. Do you think that is “fine”? I don’t think so.

Samsung has only one or two models under 5", and they’re low-end. If you ever buy a samsung, make sure it’s the highest end phone they have. Because samsung’s software is so shitty they manage to make their flagships lag more than budget phones from other manufacturers. Especially because of RAM consumption, of which their “compact” phones only have 1-1.5GB. Not enough.

iphones are shitphones. Crapple just can’t make a decent device for a decent price, without locking 90% of its potential features away from the user. That is 100% against their philosophy.

And there are no Pixel phones under 5" or under 70mm wide, so I don’t know what you’re talking about.

That’s literally my experience in every fucking shoe store xD but there are no to big ones, only to small😉

Well, you’re one unlucky guy I guess… But at least if you go into different stores, the one fitting model will be different in each of them, won’t it? And you’re the first person who says this to me… Compare that with the dozen or so people who complained to me how they can’t buy a new smartphone because they’re all too big. Some even gave away their shiny new flagships and went back to their 256MB paperweights just because of the annoying size…

Most normal stores don’t even have my size, so I feel you bro

Sony is really the only company I know that builds nearly the same hardware in their compact phones as in their flagship. I think they where mostly a bit over 4 inches. The only other device with a smaller screen (but only because of the keyboard) I know is the blackberry keyone. So a real compact phone would be cool for guys like you. For me above 5 inches is good because my palm matches my feet xD

they’re 4.6" and I have one… It’s the biggest phone that is comfortable enough for me, but as I said, it’s the only one out there…