So, this has popped up in the newsfeed - Asus has announced their new Transformer-Lineup.

Quick rundown on the devices:

So, what are your thoughts on this? Could this be a worthy competition to the PF? Let’s dicuss!

So, my thoughts are this:

Especially the price is without Tax, so everyone in Europe has to pay ~20% more on that. And don’t forget the “favourable” trade between USD and Euro - so more like 950$. Then round that thing up a bit - and we’ve got 1000€ as starting-point for the “normal” Transformer.

Next on my list are all the “up-to” values. Based on the price seen in Surface, my guess would be they’d have a quite unfavorable starting loadout with an M3, 4GB RAM and 128GB SSD. Still, no pen included (40$ for one if I found the correct one) only a keyboard.
Oh, and did I mention the normal version not having a kickstand? You’ll have to take your keyboard out if you want to angle it - and that will only support 2 angles.

What is my bottom line?
The transformer looks compelling with the max-specs - but the price isn’t right in my eyes. 1000€ for likely only 4GB RAM, 128GB SSD is just far too much money.

Also, they don’t say ANYTHING about battery-life so I think we’ll see at most surface-levels of battery

After all I think PF will outspec the Transformer with in the starting configuration (if we take the worst from the [advisory specs] (http://dough.community/t/fire-fire-pyramid-flipper-advisory-specs-fire-fire/772) we’ll have 8GB RAM and 128GB SSD!) - which will cost be < 1000$ with tax already included (see [Mike & Konsta Q&A] (https://www.reddit.com/r/IAmA/comments/4gj2gi/we_are_eve_people_behind_oneplus_samsung_and/d2hzcz5))

Here’s what I think.

The most important point is, that the PF has been made by a community, unlike other devices, which are made by greedy corporations just for the sake of profits, and not to truly satisfy and amaze users.

BYOSSM is a thing now.

@riku Honestly, that makes the whole Transformer 3 useless in my eyes

I mean - how would you be able to use that thing in the train or on your lap at all?

Asus has a pen that will work with the Transformer…

Yes, a 40€ pen you have to buy separately that works with the device I already bought for at least 1000€

Yup! Its too expensive anyway… And if you count in that eGPU from ROG its REALLY EXPENSIVE

The one thing I’d point is that they nailed the keyboard layout. At least according to WC’s images over here: Transformer 3 Pro hands-on: Meet ASUS's answer to the Surface Pro 4 | Windows Central .
Same size arrow keys, proper ISO layout and the two bottom most rows lined up. Had it had Norwegian Dvorak it would be my dream (laptop) keyboard.

IDK, it seems pretty standard to me… I’d like larger arrow keys, though. BTW, how does aligning bottom rows help? Also, it’s very well spaced, I like that

Same size arrow keys are infinitely better than the horrendous ones on the SP 4. The reason I like the rows aligned is both that it looks cleaner and that when the left ctrl key isn’t almost twice the size it should be, there is more room for the other keys.
But this is based on my subjective view of what a keyboard should look like, based on the keyboards I’ve used over the years.
I’m not too fond of the excessive fn branding though, it should be noted. I am one who think the function row should be left blank and programmable by the users.

Yes, arrow keys must be of the same size. But I think the deserve the size of a full key, like letters, and not only half that.
I really don’t care if the alignment of bottom rows, as I don’t really care much about aesthetics… But the shift key should be much wider, like two letters.
Ctrl is fine whatever it is to me, as long as it’s right in the corner, without any “fn” or other crap to the left of it, because I use it very often and I shouldn’t need to look for it.
Also, the symbols are placed very awkwardly. There should be nothing between shift and Z (just larger shift). I’m just used to US QWERTY I guess… @ at shift+2, # at shift+3, | near enter, as I use \ quite often compared to for example #…

Full size arrow keys are difficult to do on a laptop (sans numpad) as it would make it impossible to maintain the full size shift key. For me that wouldn’t be a problem though, as I never use that key anyway.
I agree a 100% that the ctrl should be the leftmost key.
I prefer the ISO over ANSI (what you call US qwerty) for a few, simple reasons.
1: It’s what I’ve grown up with and what I’ve always used.
2: I hit the enter key. ON ANSI KBs I always hit the keys above.
3: The left shift isn’t larger than it needs to, as I press it on it’s farthest left possible.
4: It has one more key. I like to have more keys. Preferably I’d drop the right shift and use the space there for something useful.
But it all comes down to preference. ISO has one more key. I have no Idea what ANSI offers.

What if we put second fn key as most lower-right one? It will let us to make full sized arrow keys, while keeping shift beeing longer, arrow key can be also made slightly shorter, so they will be rectangles instead of squares
Upd fixed my mistake

It’s also stated to use Kaby Lake processors. Which are slated for release towards the end of the year. Is this what Eve were teasing about using 7th. gen CPUs in the PF with?
Source: Intel's 7th generation Kaby Lake CPUs coming later this year | Windows Central

I want Ctrl at the very lower left corner. Not FN. I use Ctrl much more often and it has to be easy to find… I don’t know about you guys. And IMO the arrow keys should be like… 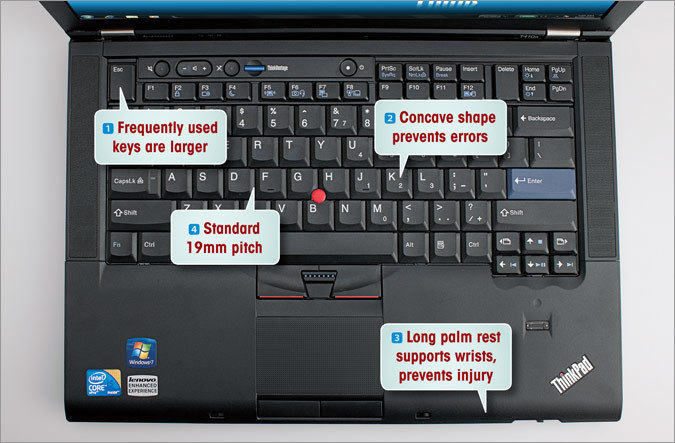 Well, something like that. But square. Just ignore the other markings, I found this random picture in Google search. BTW, I think it’s time to open a new thread for this

I will open it when I get back in the evening, but if someone is anxious, feel free to open one before me.

19mm pitch and concave shape would be great. i’m not a huge fan of chiclet keys although i’m typing on one now. I would like bigger arrow keys too.

Transformer 3 Pro - it says nowhere that it will have gen 7 iCore CPU, the mention is only for Transformer 3 will have gen 7 mCore. But Transformer 3 lacks a kickstand and even thinner that Samsung Galaxy Tab Pro, which likely means that it will have an even crappier battery life. Unless ASUS team pulled some miracles (hope, but highly skeptical) they’ve just created another clone for SP4 and a slightly updated clone of Galaxy Tab Pro or Huawei Matebook. Their smaller model 10" model might become a hit if there is a demand and lack of better products. Maybe I am wrong (and I hope to be) but it looks like typical same old, some good ideas plus big-corp corner cutting equals products lacking in one way or another.

but it looks like typical same old, some good ideas plus big-corp corner cutting equals products lacking in one way or another.

Sadly that is what I expect too. If this was not always the case, our community would not exist to change that.