Corporate Bull$#!t, As It Happened

Hello folks,
As we eagerly wait for news of our market-flipping device, I have found Lenovo guilty of false claims in promoting their devices. 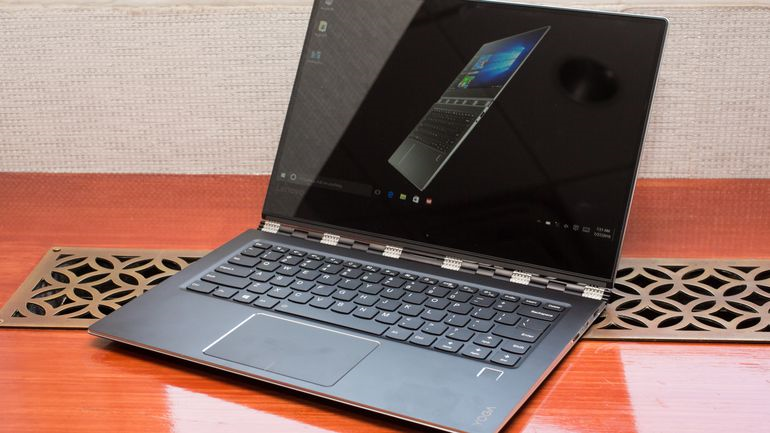 This is the Lenovo Yoga 910, the laptop that claimed to have a massive 66Wh battery which let Lenovo quote an absurd 15.5 hours of endurance for the 1080p display version and 10.5hours for the 4K one. 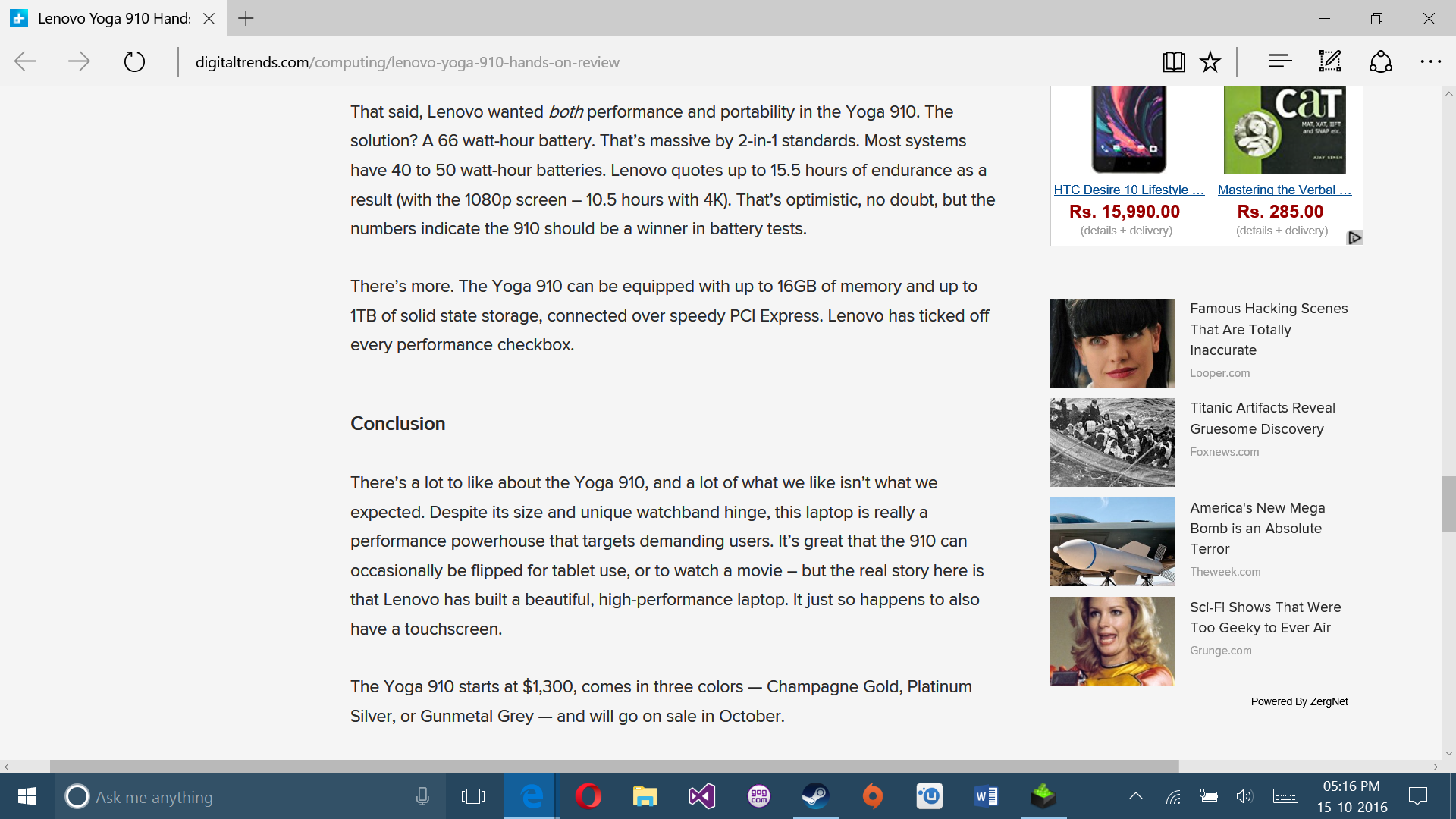 But, when Lenovo started to sell the device, it had one crucial and unexpected flaw: the battery. The 66Wh battery that whipped up the press into a frenzy, was now reduced to 48Wh, and they now quote a standard 9hours of usage, and we know very well how “accurate” those claims normally are. 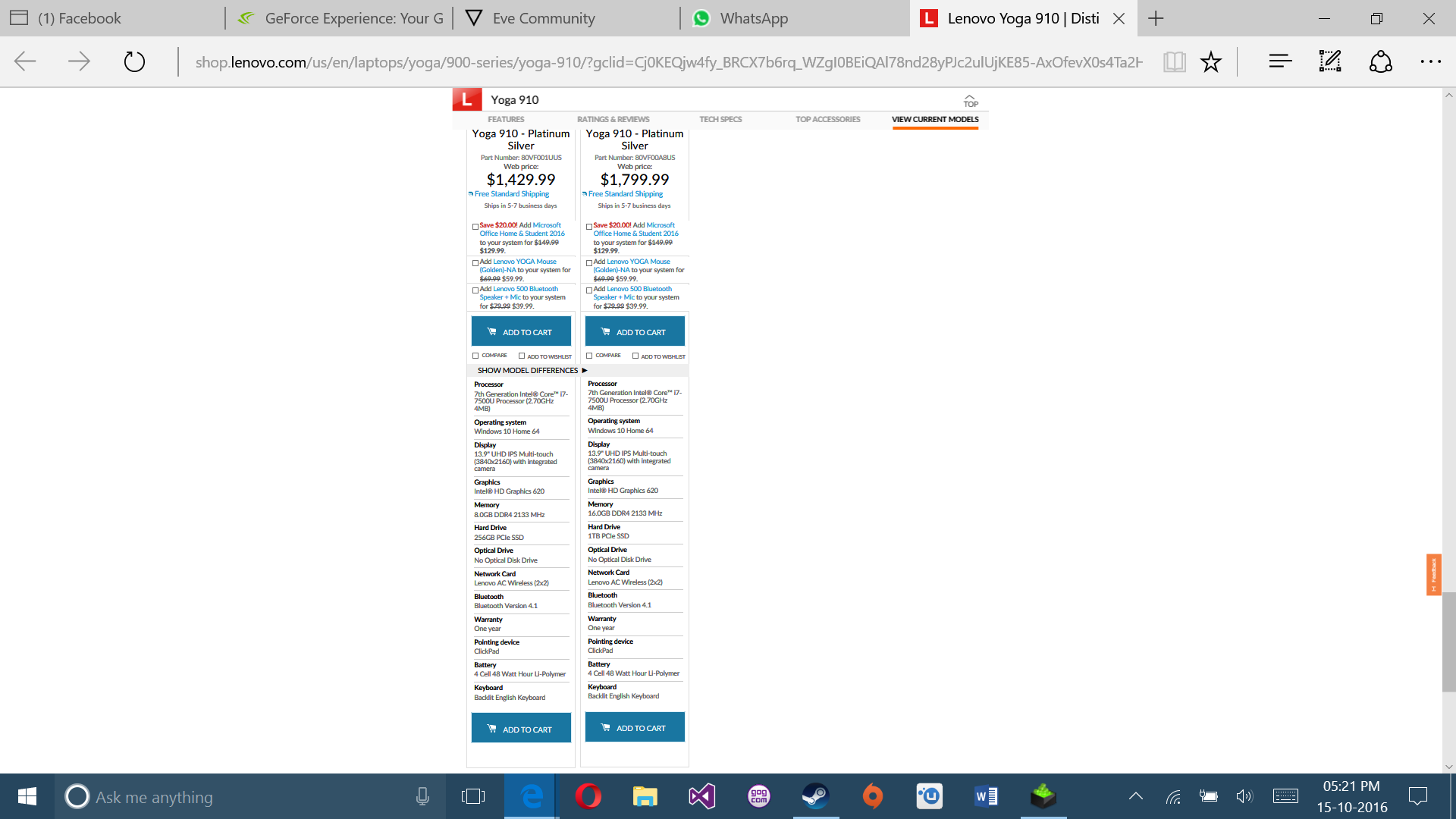 My fellow members, we must march onwards and face these terrors, for if we let them proceed with such dastardly acts, the industry may never move forward.
Almost every tech giant is guilty of one malpractice or another. Let us put an end to this, by supporting a company that’s not in the race due to greed, but to push the industry forward with dedication and goodwill. 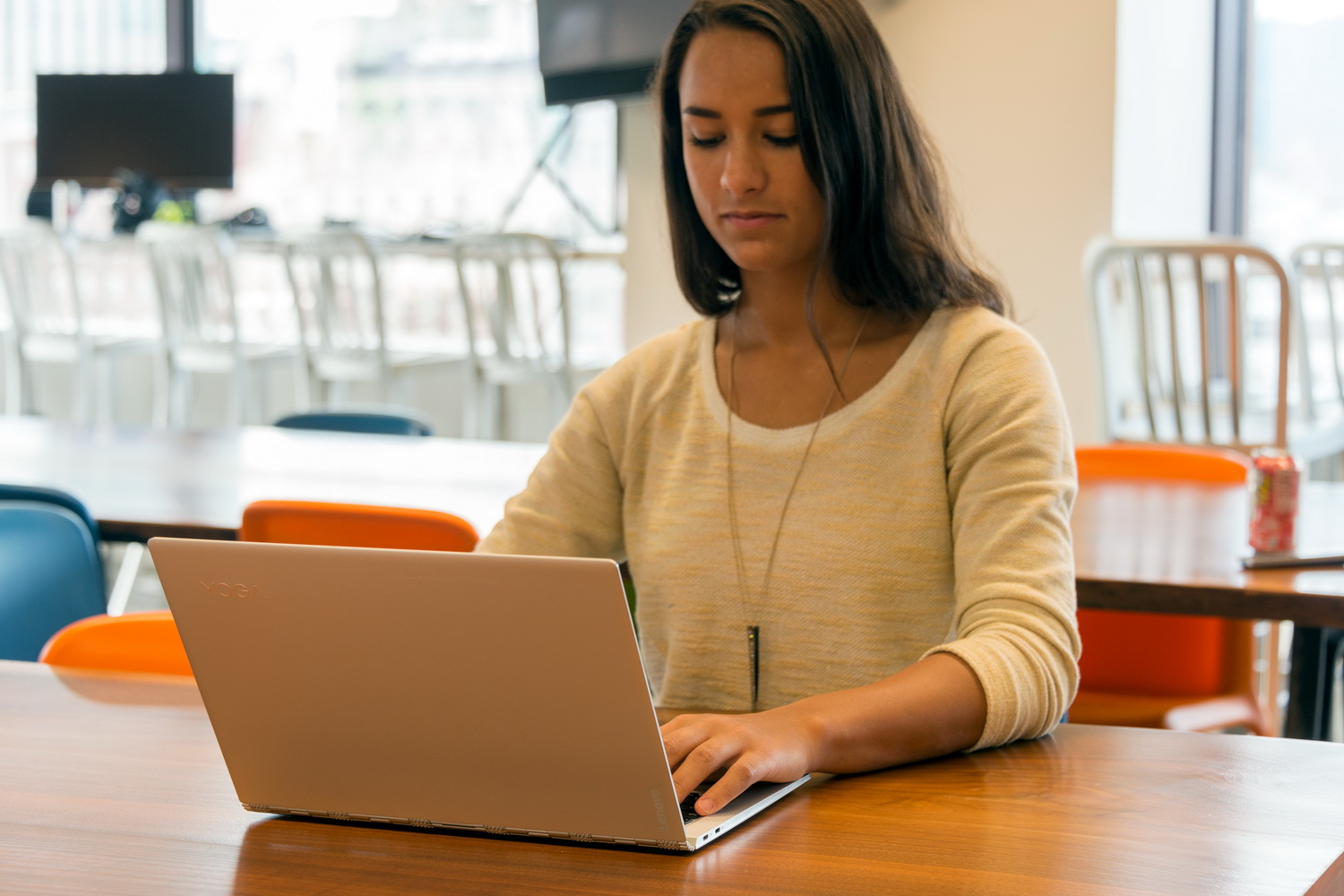 The 2-in-1 market is big this holiday season, but laptops that are also tablets haven’t always proven the best choice. Lenovo’s new Yoga 910 takes a different tactic. Rather than try to be all things to all people, it focuses on power users first.

Introducing the Lenovo Yoga 910: Beautifully designed and expertly engineered for work, rest, or play, it's sure to turn heads wherever you go.

Honestly, I was thinking that the Yoga 910 was looking decent but the claims of the battery made it already look a bit weird.

It reminds me a little as well of the situation with the Transformer 3 Pro - that claimed 450 Nits brightness and pretty nice battery. And in the end we go 300 nits and 5h battery life at most. (Which just made me laugh when I saw that the product page of the Transformer Pro 3 is down - as to hide what they stated before?)

I personally don’t mind if manufacturers downgrade stuff, if they at least mention it somewhere - and that doesn’t freaking happen, they make their incredible claims and then just downgrade and shut up.

(Please bear in mind, that this reflects my personal opinion as an consumer)

We can find lots of incidents like these. Perhaps we could have a thread for such incidents?

Guys IMO this just proves how endangered traditional PC business is. I think we might have discovered a new trend;

Here is the upcoming Merriam-Webster definition:

“a component or a feature that is announced, but never gets cancelled or released while no explanation is given”

Nothing for us to worry about, here at our beautiful community, though. IDK have I ever stated this publicly, but this company (and all the members of the company agree) will never release a compromised product (unless you guys say so ;)) for as long as I have a say in it.

And I intend to stick around!

So I hereby promise you all this;

We will fight this trend and we will keep delivering (provided PF comes out as specified, its unbelievably good) ultimate products that will make the competition sweat.

I really do think we are, together, on a brink of accomplishing (as the PF is our statement and proof of it) something truly revolutionary.

I knew about this for some time and I wasn’t surprised…
Am I brainwashed or simply used to the bs?

Dudes. I am telling you it will be different when launched from what was promised

That’s the case with most companies. They overpromise and then underdeliver. They need our eyeballs:) That’s also the reason why many crowd funding campaigns never deliver. They promise something that can’t be achieved when it comes to production. As everyone can promise Unbeatable specs but only few can actually implement them.

If you want I can write more detailed story on this.

That’s why it’s taking us so long BTW. We have to test each spec before we announce it. We test it starting from component availability to its actual implementation 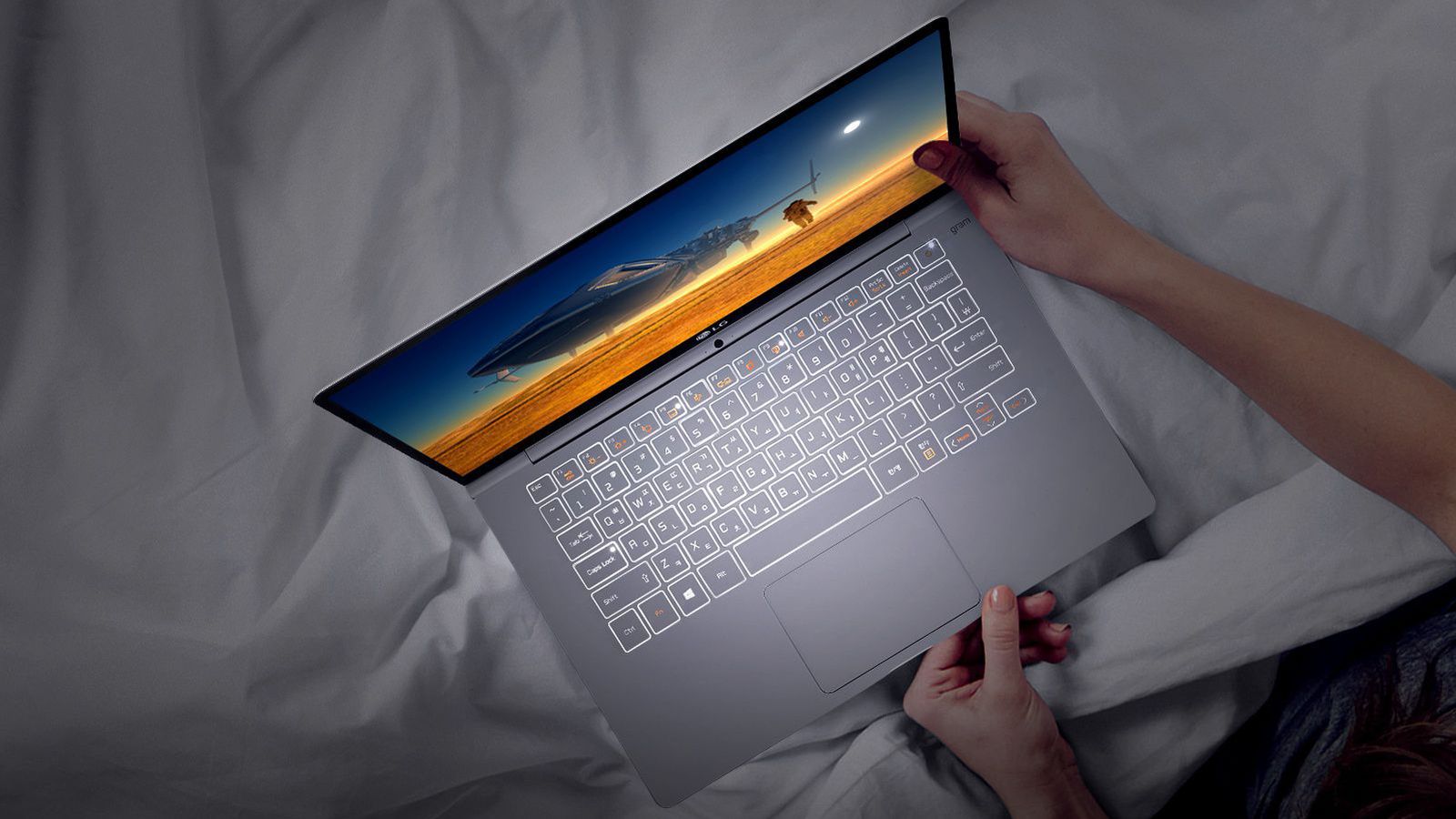 The latest iteration of LG’s ultra-thin Gram 14 laptop, announced earlier today at CES, came with a bold claim attached: between 21 and 24 hours of battery life on a single charge. It turns out,...

I had no idea LG were making laptops…

But hey, their battery life is still impressive

Indeed. They didn’t need wild claims, since they stuffed a 60Wh in there.

Ehm, my tablet with 55Wh drains it in one hour of Microsoft Solitaire Collection

That’s pretty lame. Anyway, wanted to point out that putting a big battery in isn’t enough

P.S. due to aging the battery has lost 30-40% of its original capacity, so with a new one it would probably last 2 hours. The description claimed 8 hours, I guess my Solitaire use case is too much super hacker ninja style for their benchmarks… 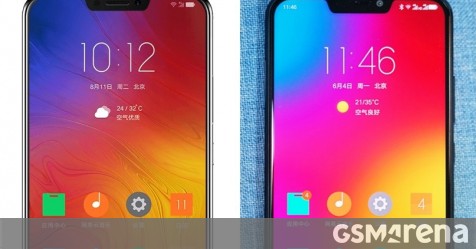 Z5 bezel keeps getting bigger, as does Lenovo's web of lies

Lenovo’s at it again, claiming that they had created a bezelless device without a notch, to fool us not once, but twice, with not just a notch, but thicker bezels than promised by the launch images as well. It’s a shame that consumers just tolerate all this without voting with their wallets.

But if you thought it ends there, it certainly does not. Twitter user @UniverseIce posted a photo of the actual phone besides the press images that were released today, and it seems the bezels have decided to encroach further upon the display area from all sides. At this rate, there won’t be any display left by the time the phone reaches the hands of the consumers.

There’s probably no processor inside, either. The screen may literally just be a sticker.

The writer is gold.

Not that I’m incredibly surprised by a big tech company not being honest, but this is just a new level of false marketing… It’s like VW showing everyone a drawing of a porsche 911, and then its actually a Golf

That’s the case with most companies. They overpromise and then underdeliver. They need our eyeballs:) That’s also the reason why many crowd funding campaigns never deliver. They promise something that can’t be achieved when it comes to production. As everyone can promise Unbeatable specs but only few can actually implement them.

Konsta, I am quiet for a long time but this post killed me. How can you say that? You promised device that you can’t deliver in so many ways! I will write no more because I don’t want to be “frustrated”, “hater” etc.

It’s like VW showing everyone a drawing of a porsche 911, and then its actually a Golf

If you paid for a drawing of a porsche 911 and got an actual volkswagen golf, that’s an amazing screwup and I’d tell vw no fkin backsies man.

You did at one point seem to have misplaced your tits and I feel that was what we didn’t need in the community, pissed-off-people talk. I hope you don’t feel like you should be withhold your comments just because they’re not positive. Just as long as it’s reasonably put forth.

Anyway, I think I’d describe it as they overpromised on what they actually delivered - I honestly don’t think (and this is my opinion and people are free to disagree) that they underdelivered per se.

ok so I will repeat myself one more time. In my case, (I speak only for myself) they overpromised:

Eve doesn’t deliver as they promised:

I do not believe them but I am able to understand people who say that Eve is one leg in the grave. Because the amount of changes that need to be change in Eve in a very short time is overwhelming.

PS. I am in the middle of my warranty and I see no chance to get a full working device.

This is the only thing I would disagree with. At the recommended tdp, 10h is actually reasonably achieveable.

I don’t think it’s fair to complain about a reduced battery life when the decision was made for more power.

Which is why I think that there should be a bios option to allow people to switch from 7W to 4.5W for the advertised longer battery life instead of having to download additional software to do so.

By the way the post you are referring to is more than 1.5 years old

Many things changed since then and I think eve did a fantastic Job with the V for their first large scale, high end device. It could have been much worse without their personal effort.

But to be honest there are issues which can be improved, but please name me one product which is perfect and has no issues at all.
I really hope we will get some software improvments after the funding is done to narrow down the issues to a minimum.