Can you run 2 Snapdragon 845 at the same time and get double the power?

Google couldn’t help me, so I’m asking my friends here. You have given me great input before. I risk looking like fool for asking a stupid question, but I like answers more than my “looks”.

The reason I ask the question in the title is that if the answer is yes, then you could power a Eve version of the Microsoft Surface Book. You could have one 845 in the display part and fix the problem of only 2-3 hour battery life. It will then be a powerful tablet with no drawbacks. Then when the two parts connect you would have double the power and give the device some muscles. I haven’t seen any benchmarks of a snapdragon device running windows, but highly doubt it will a powerhouse, but still. Now when ARM chips can run windows I think it’s worth looking in to different ways to use that. Battery life will be great even though you would run two, three or four of them (depending on the battery of course). 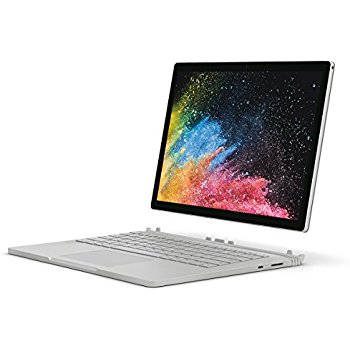 Send this as a question to @ linus tect tips

Thanks, maybe I should. First see what the brains in this forum has to say about it. And if the idea has any merit to it, then lets keep it within Eve

Then you would need to make sure the RAM is accessible from both CPUs, that requires Qualcomm to heavily rework the architecture as (afaik) it does not support multi-CPU configuration at the moment. As far as I know, only the higher end Intel Xeons do have the support for multi-CPU.

Now even if you have multi-CPU configuration, you need to make sure that the system is hot-swappable, as you wouldn’t want shutdown the computer everytime you dock/undock it to the laptop base. That technology, as far as I know, doesn’t exist yet.

Another difficult part is to get the different CPU communicate with each other. The apps need to be designed to minimize the communication, as it would be a major bottleneck. Even AMD is having the same issue with their Ryzen CPU today, as it is actually clustered as 2+2 (Ryzen 3), 3+3 (Ryzen 5), or 4+4 (Ryzen 7) cores configuration, instead of ‘true’ 4, 6, or 8 cores.

Thanks Patrick for a comprehensive answer

I wonder if any of the ARM CPU producers are working on chips designed for laptops. A CPU that wouldn’t have the same TDP constraints as they do in a phone. They could double (or more) the TDP and still offer better battery life than Intel or AMDs low powered chips. Would be interesting to see what clock speed they can make per core.

Of course this i pending on how well the ARM powered Windows devices work in real life.

I wonder if any of the ARM CPU producers are working on chips designed for laptops. A CPU that wouldn’t have the same TDP constraints as they do in a phone. They could double (or more) the TDP

There are ARM chips for servers, which don’t have the thermal and power limitation of a smartphone, but I’m not too familiar with that segment. As far as I know, it only offers an insane number of cores, but still lacking the per-core performance compared to consumer Intel chips